Whilst this week has been quite challenging in many respects, I have been trying to stay positive rather than letting the challenges overwhelm me. Sophie has been a little happier this week (although still quite unsettled at night) and thankfully feeding has become much more comfortable again. I am very much looking forward to hubby being home again later tonight and have already informed him that he is getting up with the girls tomorrow morning so I can have a much-needed lie in! 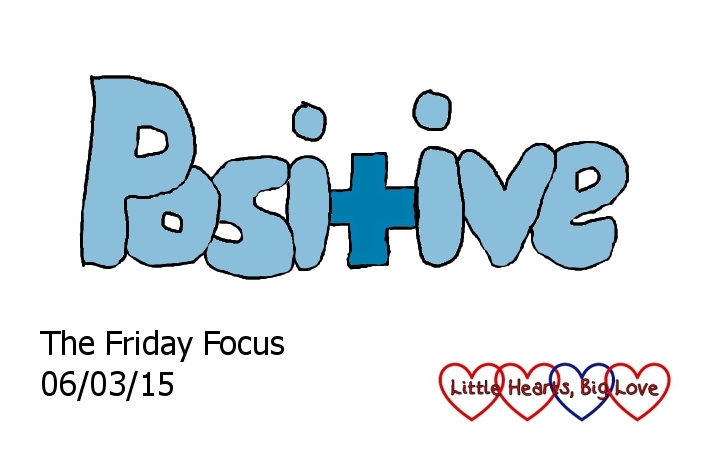 One of the biggest positives this week was the arrival of a letter from Jessica’s cardiac consultant to say that the team were “very pleased with her progress” and “would all be very happy if there was no need to look further into [her next surgery] until 2016.” Of course, they will continue to monitor her progress but hopefully Jessica won’t need to have her next surgery this year – such a huge relief.

Another positive was getting to spend time with family last weekend when we went to stay with my mum for a few days and I also got to catch up with one of my school friends. My father-in-law has also replaced the battery on my car and it seems to be working again – hooray! I’ve also managed to be on time for everything this week as a result of one of the 40acts daily challenges.  So lots of positive things about this week once I look beyond the fog of sleep-deprivation.

Sophie and I went to the park on the way home from taking Jessica to preschool – it was the first time that I’ve taken Sophie on her own and I really enjoyed being able to have that one-to-one time with her. 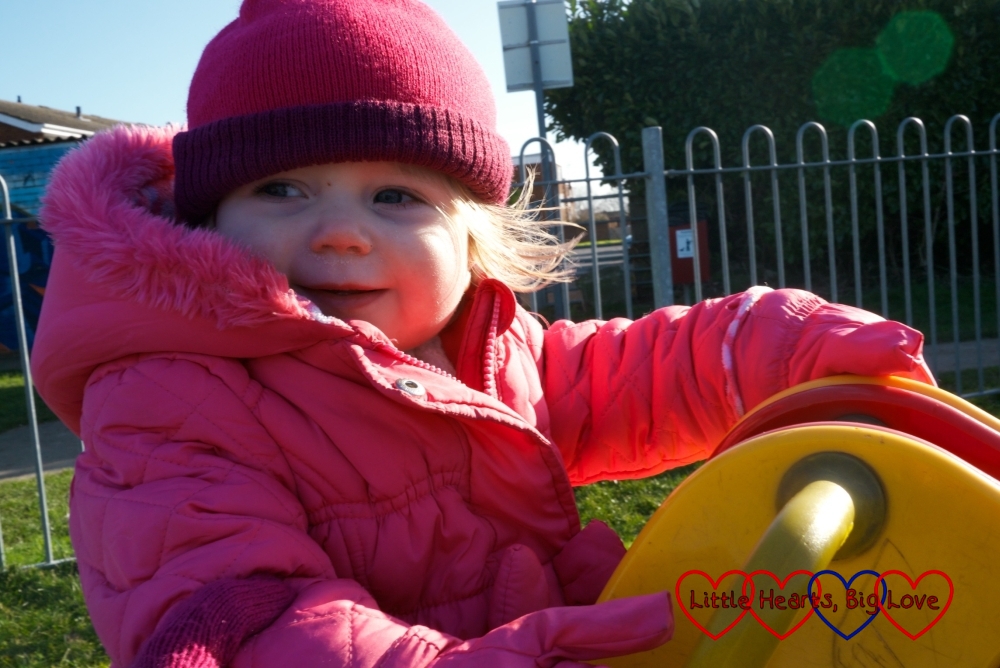 The girls also enjoyed some time in the soft play area when we were out shopping for a birthday card and present for Nanny. 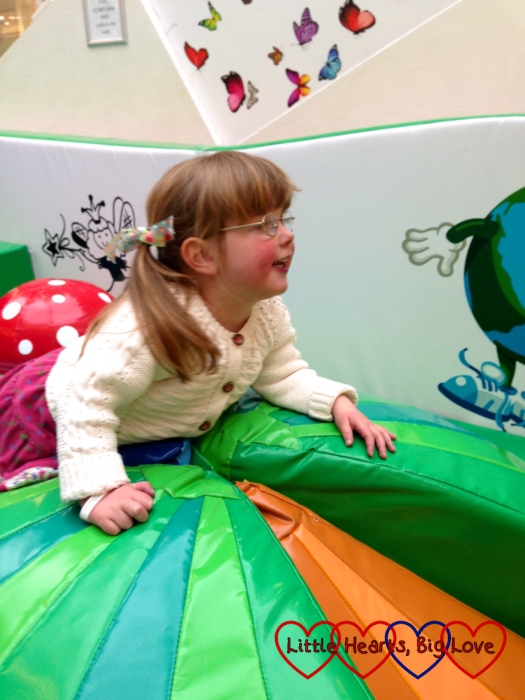 Fun at home:
Jessica and I have been having lots of fun together doing crafts while Sophie has her afternoon nap. We’ve been doing lots of painting and have been experimenting with different objects – Jessica particularly enjoyed using the bottle brush to paint a seaside picture. 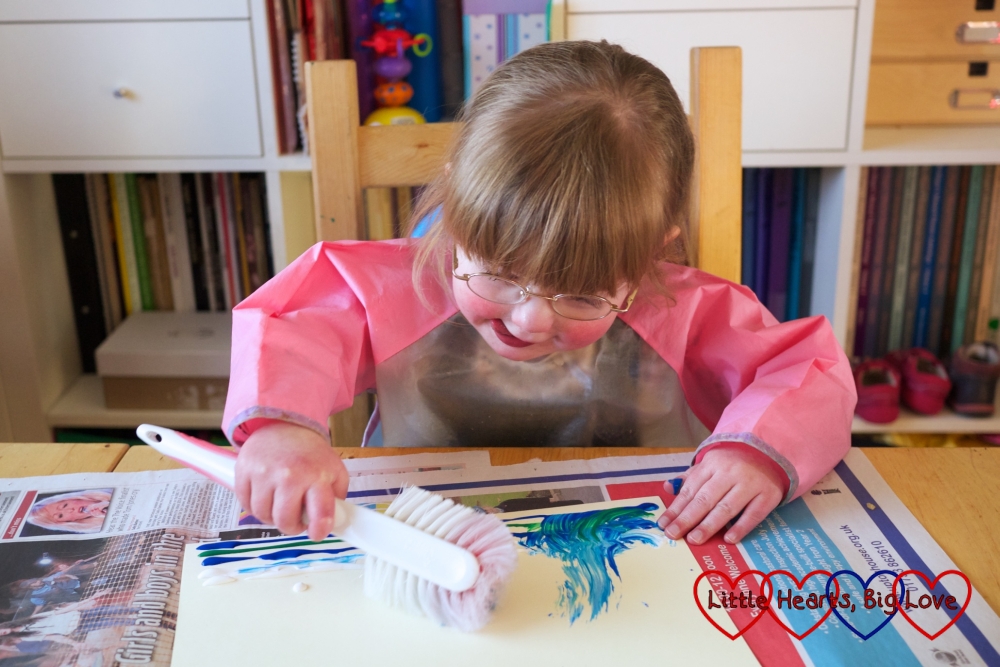 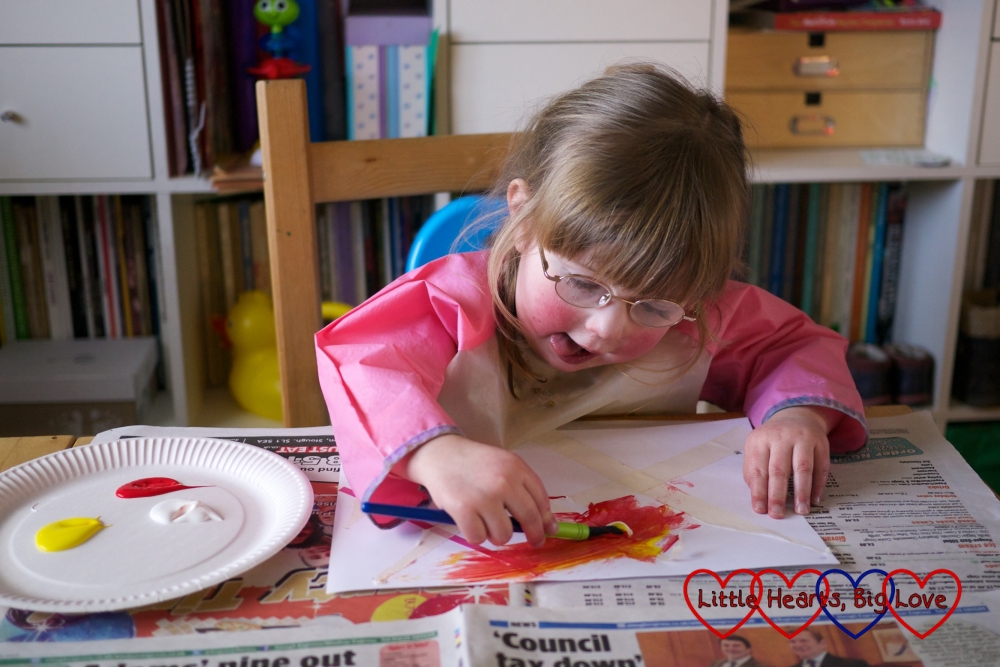 We’ve also been making paper plate aquariums and this was such a fun, simple activity that I tried it at our Tuesday toddler group where I was running the craft session this week and it worked well.

Time for me:
Not a lot of me time this week although I did manage to sneak in an afternoon nap whilst I was at my mum’s – bliss!

One of my friends shared her natural caesarean birth story – the video of her little one’s birth is just so beautiful and it was such a privilege to be able to share it on the blog.

I enjoyed writing a poem on the beautiful, fleeting moments of motherhood and reflecting on 10 signs that you’re a parent blogger.

My happiest moment:
Watching Sophie really joining in with singing and dancing at toddler signing this week and seeing how animated she was.

Next week I would like to:
Catch up on a little more sleep!