Jessica had two requests for our holiday on the Isle of Wight. One was to visit the beach and the other was to go swimming. The weather was grey and chilly on our second morning. It wasn’t such a good day for sightseeing so we headed off to the Waterside Pool in Ryde instead. 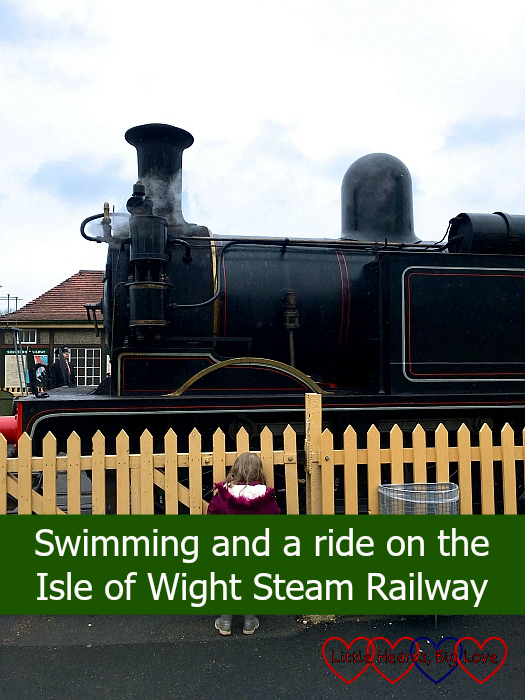 The pool was busy as it was Easter Monday so we had timed wristbands allowing us an hour in the pool. There were lots of floats out to use. Both the girls loved the big float mats and started off by sitting on them. We quickly encouraged Jessica back into the water though. She had a tendency to get cold very quickly when swimming and we felt that she would be warmer under the water while Sophie was fine staying on the mat. Jessica was quite happy holding on to a float and practising kicking her legs. She did get a bit frustrated about getting splashed by other pool users though. We tried to keep to less busy areas where possible but being restricted to the shallow end made it tricky.

After 20 minutes, Jessica was getting too cold to stay in the water. Daddy and Sophie stayed in while I got Jessica out to get changed. It was the only time I ever heard her complain about her special heart.

“Mummy I wish I didn’t have a special heart. I would have been able to stay in the water longer and not get so cold. Maybe if I’d gone swimming at the pool with Ebony and Erin, I could have stayed in longer.”

I didn’t have the heart to tell her that she would have got out sooner at the pool near her cousins’ house. It’s a much colder pool than the Waterside Pool was. The reason she had got cold so quickly was due to her still being unwell with a cough and chest infection. The only advantage the other pool would have had though was that it had a people dryer. This was always good for warming up Jessica quickly. I had to opt for a nice warm shower instead and getting her changed into dry clothes as quickly as I could.

Once we had changed, Jessica and I sat in the spectators’ area, watching Daddy and Sophie until it was time for them to get out too. 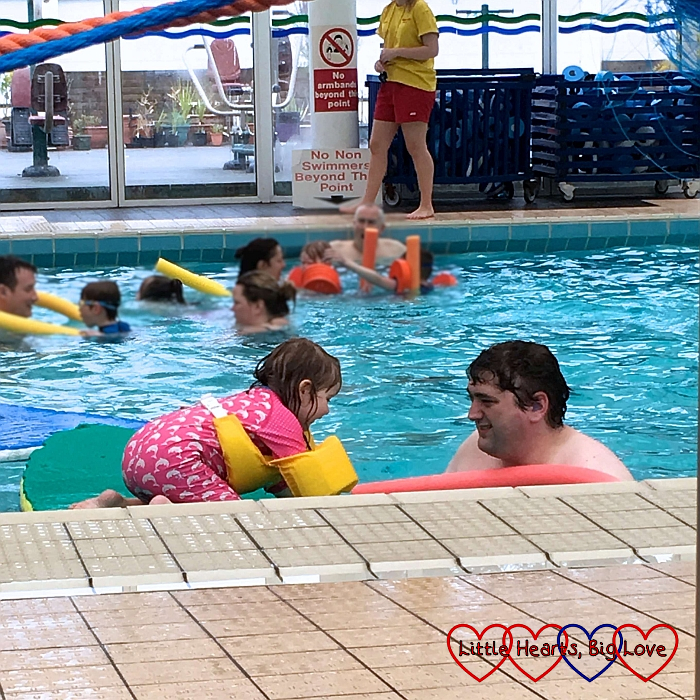 We decided to finish off the day by heading to Havenstreet Station for a ride on the Isle of Wight steam railway. We arrived just in time to catch the next train towards Wootton. Sophie was quite fascinated by the steam from the train going past the window as we travelled along the track. 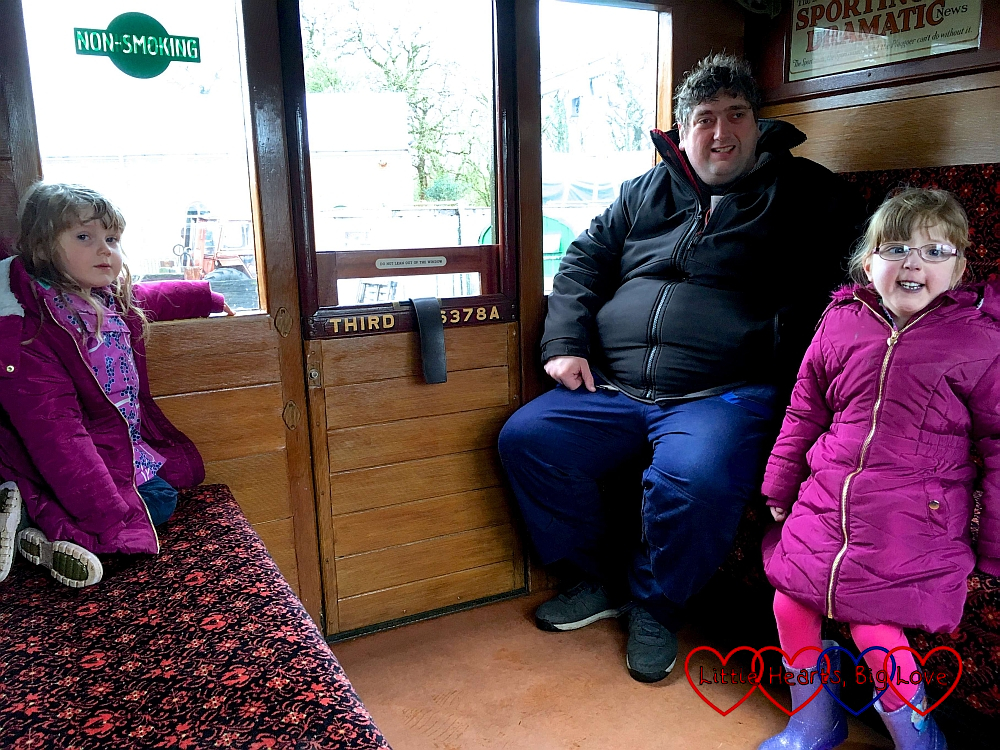 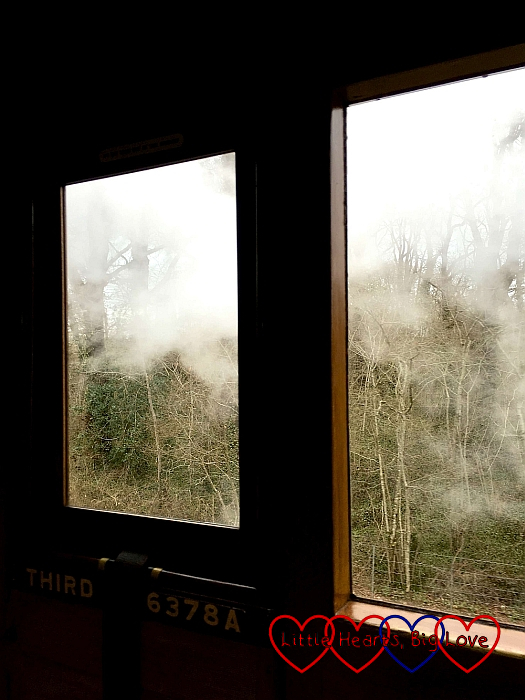 There was time to get out and look around the station at Wootton while the engine was moved from one end of the train to the other. We couldn’t resist having a peep inside one of the first class carriages. Our third class family day rover tickets had cost £32.50. A first class ticket would have been £53.50. I’m not sure it would have been worth the extra money though. The third class seats were quite comfortable. 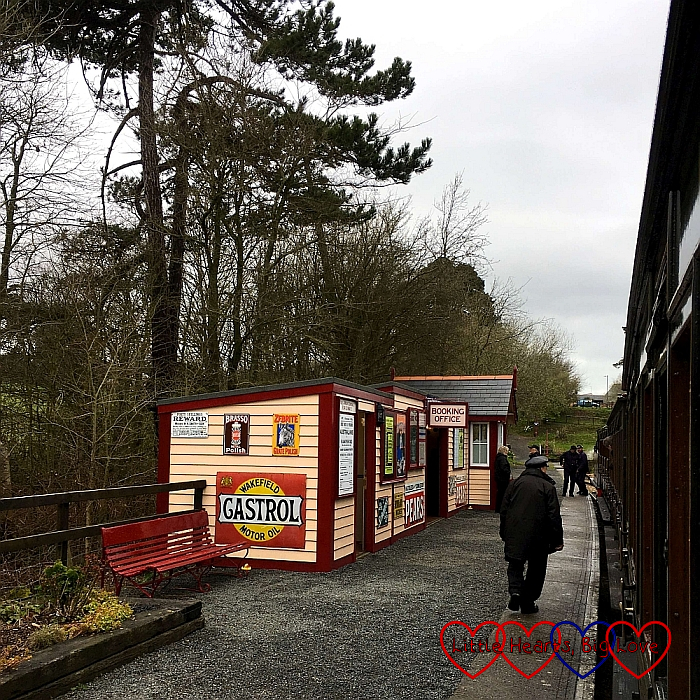 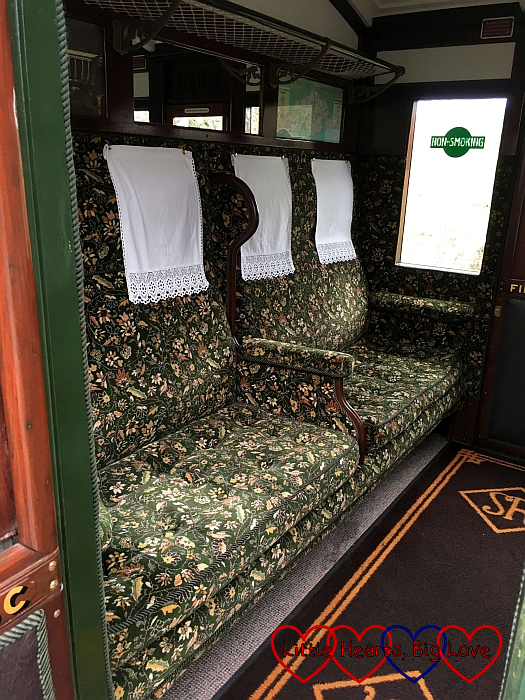 We decided to take the return train all the way to the other end of the line at Smallbrook Junction before returning to Havenstreet Station. Smallbrook Junction is where the steam railway connects with the Island Line electric railway. Both the girls slept through most of this journey – Sophie stretched out across the seats and Jessica snuggled up next to me. The memory of that sleepy snuggle is such a precious one. Both hubby and I just enjoyed sitting there looking out of the window and having a moment to relax while the girls slept. We had to wake them both up as the train approached Havenstreet Station. 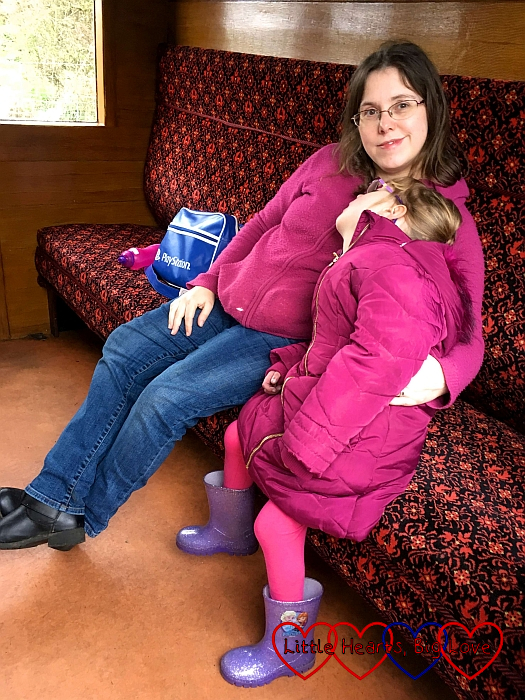 As it was Easter Monday, there had been various events happening during the day at Havenstreet Station. We’d arrived later in the afternoon and had missed most of the events. The girls did get given a chocolate chick lolly as they left the train though which was nice. 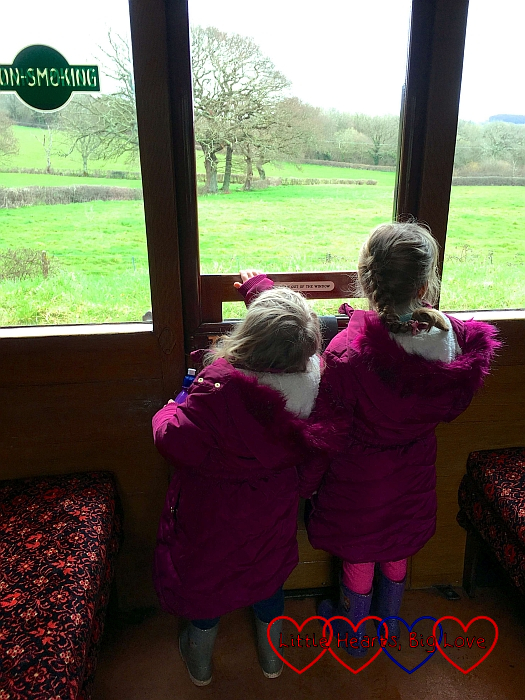 We finished off our day with a wander around the gift shop and the small artefacts museum. Jessica loved one of the model railways in the museum. She kept saying “look at all the teeny tiny people!” and spent ages just standing and looking at it. 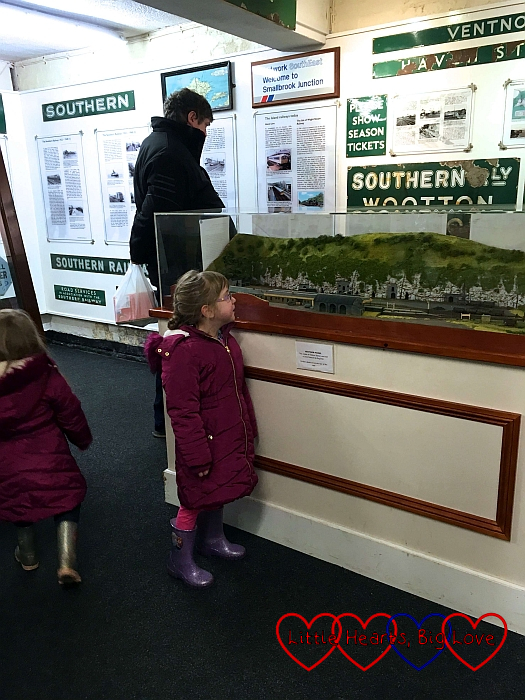 We only had a fairly short visit to the steam railway as the girls were both quite tired. There were quite a few things at Havenstreet Station that we didn’t get the chance to explore. There was a children’s play area behind the refreshments rooms that we missed. We also didn’t visit the Train Story Discovery Centre which houses a collection of locomotives and carriages. We could have also visited the Haven Falconry Bird of Prey centre for half price if we’d had more time available. 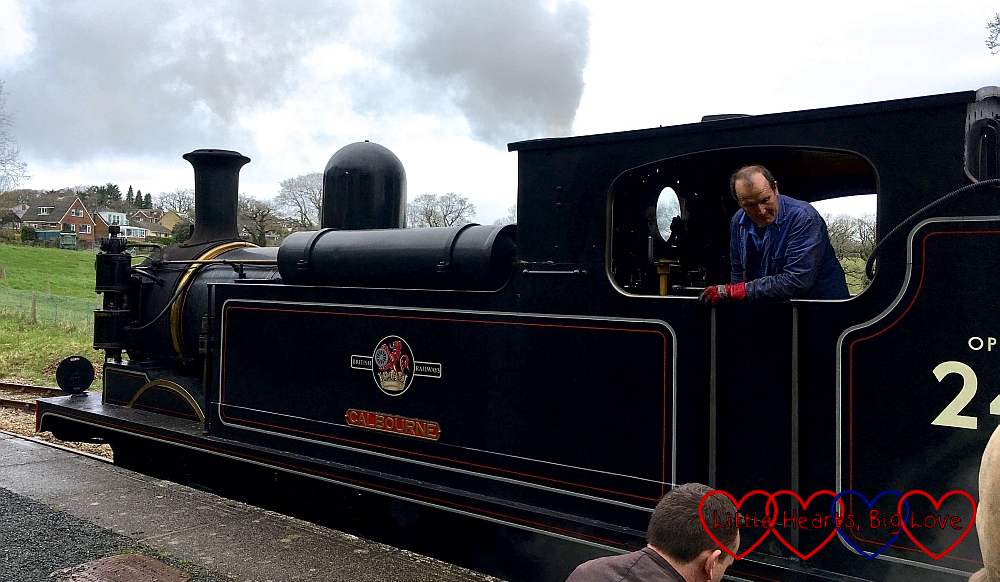