Picking and eating fruit straight from a tree or bush is such a simple pleasure, and one of the magic things about summer and autumn. We’re lucky to have several places close by us where we can go fruit picking. We have raspberry bushes in our back garden; there are a couple of farms nearby that have pick-your-own sessions and Grandma’s garden has several fruit trees too. 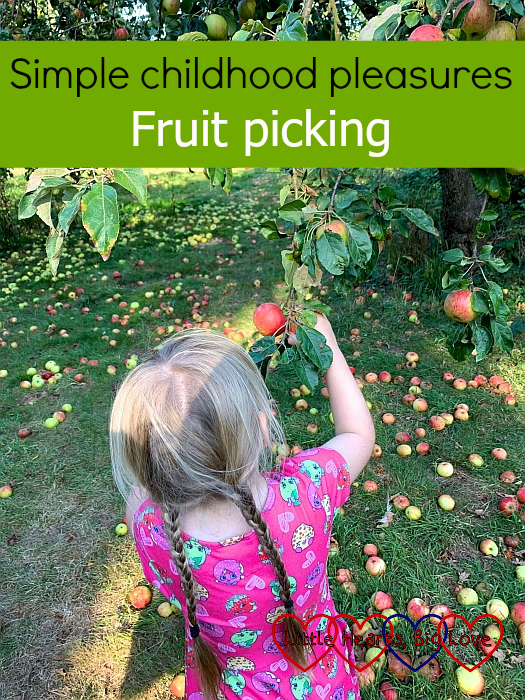 Sophie always enjoys helping Grandma in the garden, especially when it comes to picking the fruit! Most of the apples in Grandma’s garden are cooking apples so they went straight into the tubs without being tasted.

The plum trees were laden this year with juicy Victoria plums. Quite a few of these didn’t make it as far as the container! They were delicious. 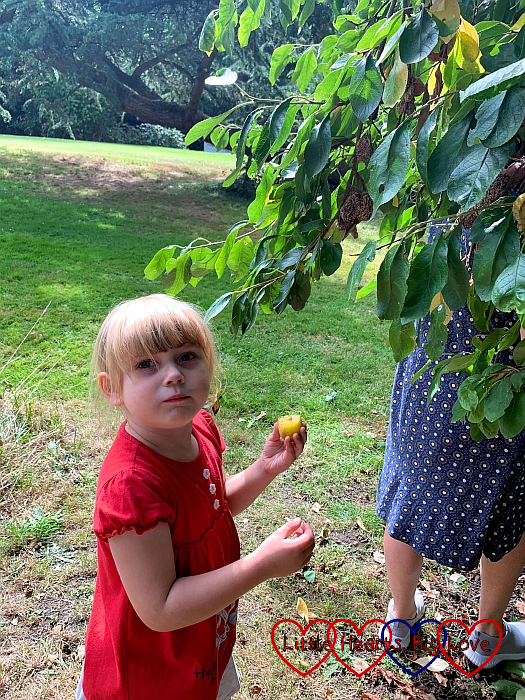 There are also lots of blackberry bushes at Grandma’s house. We’ve had a couple of parties in the garden this summer and the children enjoyed picking the blackberries at these. Most of the blackberries got picked then but Sophie did manage to find a few more near Daddy’s old Beetle, Elsie, which he’s hoping to restore at some point and get back on the road. I don’t think Sophie caused too much harm sitting on Elsie to harvest the blackberries! 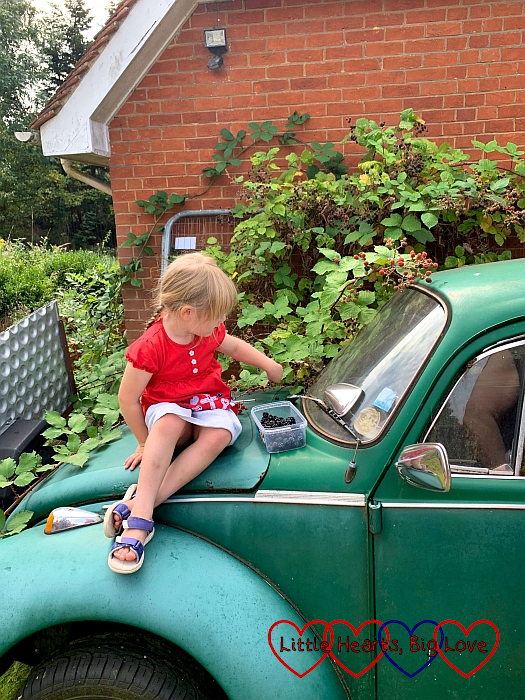 I’d have taken a few of the cooking apples home but I knew we probably wouldn’t use them. Sophie isn’t keen on fruit pies and crumbles. Instead we headed to a local farm after school to pick some apples instead. There were several varieties to choose from and we were spoilt for choice with all the lovely ripe apples to pick. 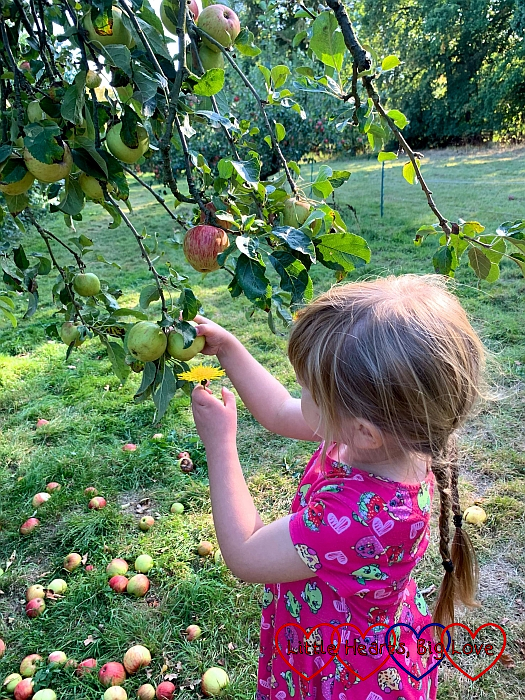 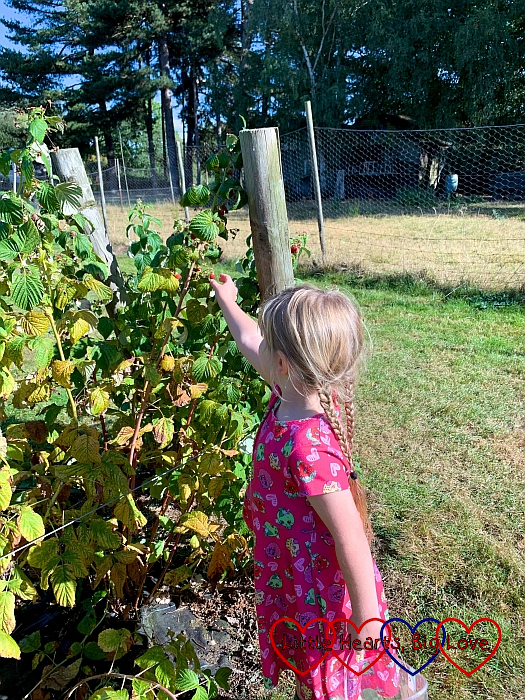 The raspberries are pretty much finished at home but there were a few left to pick at the farm. We also picked some damson plums. Sophie didn’t like these as much as the Victoria plums though. We ended up using them to make plum loaf and plum muffins instead which she much preferred! 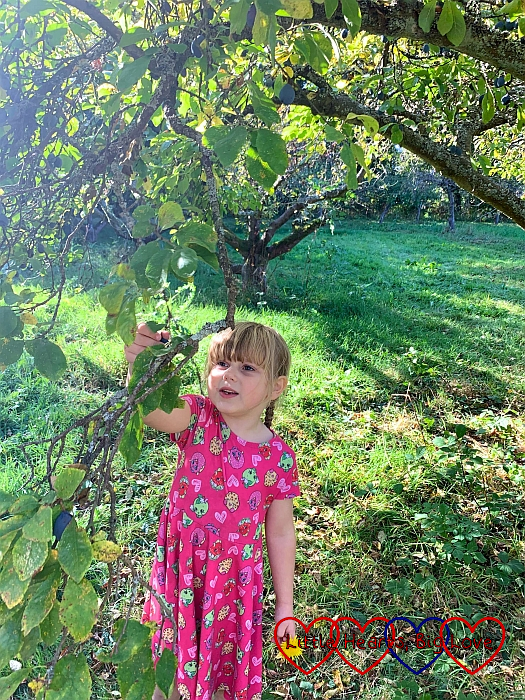 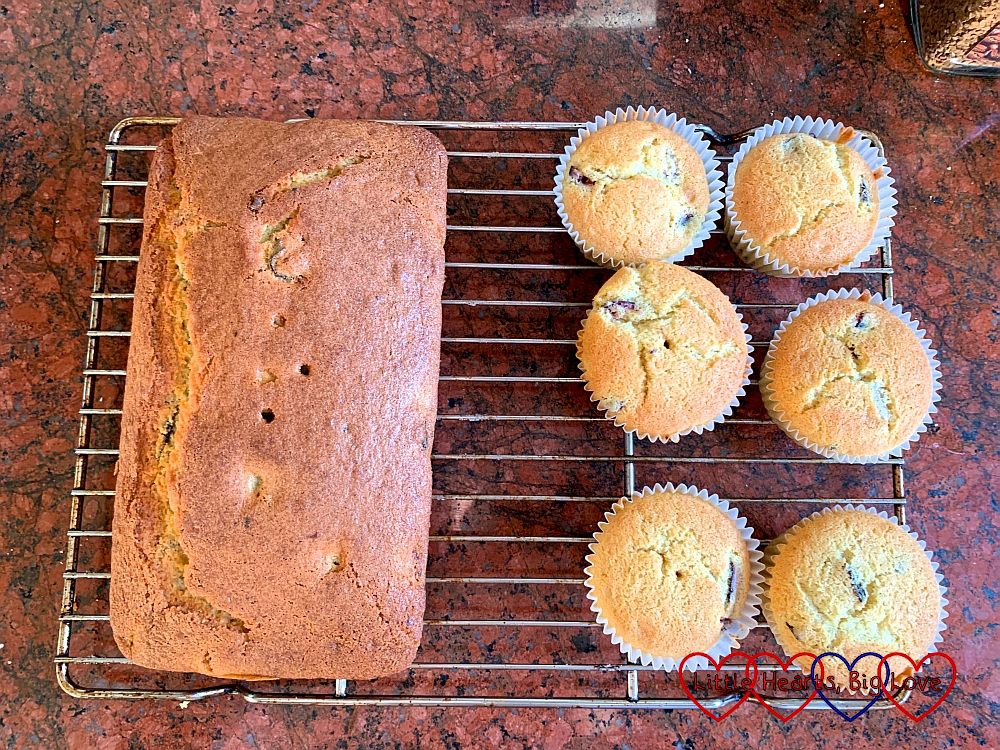