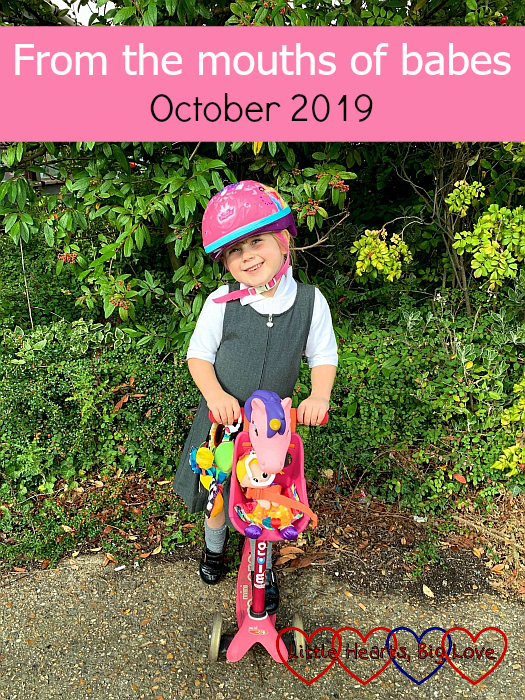 Sophie: “I’m so glad I have someone like you for my mummy!”

Me: “Thank you sweetheart. Why’s that?”

Sophie: “Because you’re just so wonderful.”

On the tooth fairy

“They will take my tooth and cuddle it and look after it and leave me a coin.”

“The police arrest the bad guys and the monsters and the dinosaurs and put them in jail.”

It was Weetabix. Weetabix will henceforth be known in our house as “brownie porridge”

Thomas has some very chatty moments. It often sounds like he says “oh dear” when he drops things on the floor. The other day, he picked up Daddy’s phone to me (while Daddy was out of the room) and was making chatty noises before hanging up on me. Unfortunately, I couldn’t seem to make him go and get Daddy. It took three attempts at me phoning, having Thomas ‘chat’ to me and hang up, before I finally managed to get hubby to answer the phone!

Having Thomas chatting to me on the phone made me think of how Jessica used to love chatting on the phone as a toddler. She would often hold a calculator or a wooden puzzle piece to her ear and talk into it like it was a phone. Thomas sounds so much like her at times.