One of my Christmas presents to my husband last year was a box of envelopes – each labelled with the month that he was to open them. In each of those envelopes is a note or an item relating to an activity I have planned for the month. Our activity for July was to go fruit picking as a family. 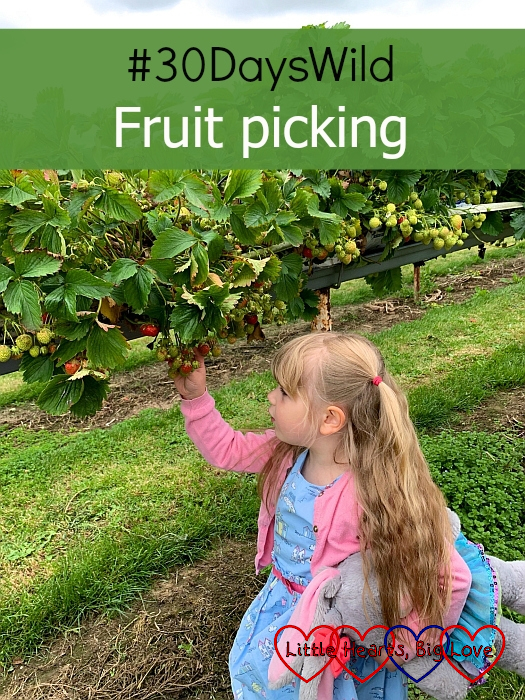 We have a couple of local farms where you can go fruit picking. One of them hasn’t yet opened but the other one has a wider selection of fruit and veg and a few things are now ready for picking. You pay an entrance fee of £3 per person and pick up as many tubs as you need. The entry fee is deducted when you pay for the fruit and veg that you picked. 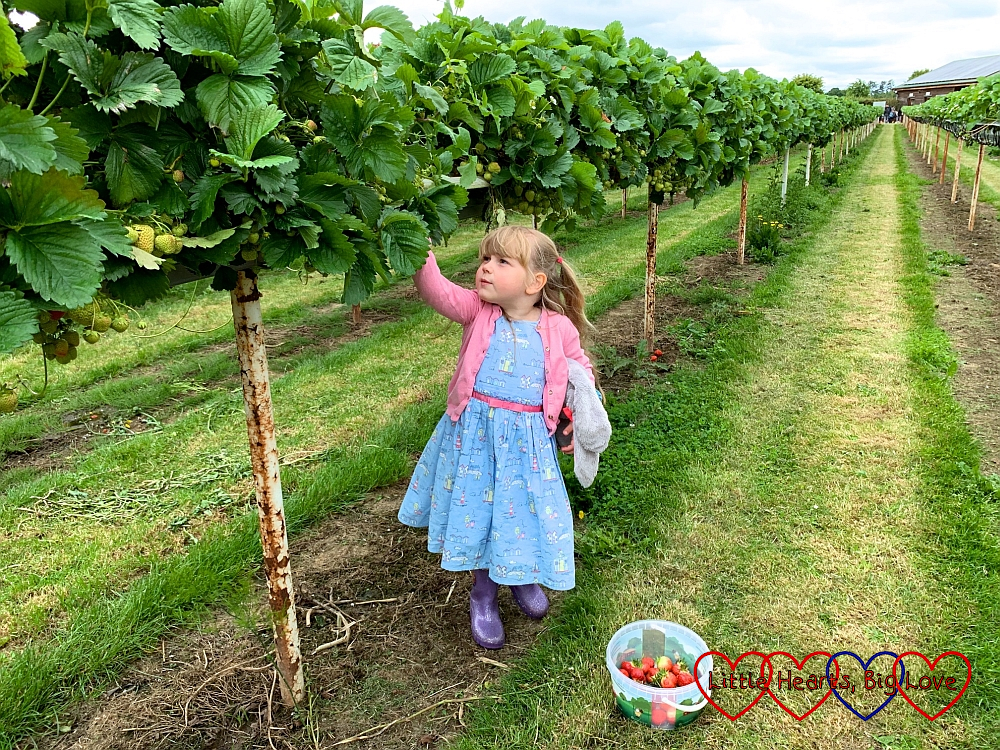 Sophie loves strawberries so we picked up a big tub for these and a smaller one to pick gooseberries. We used to have a gooseberry bush in our garden but sadly hubby got overenthusiastic with the strimming one day and it never recovered. The gooseberries on it were starting to ripen nicely too! (Can you tell I wasn’t impressed?!) 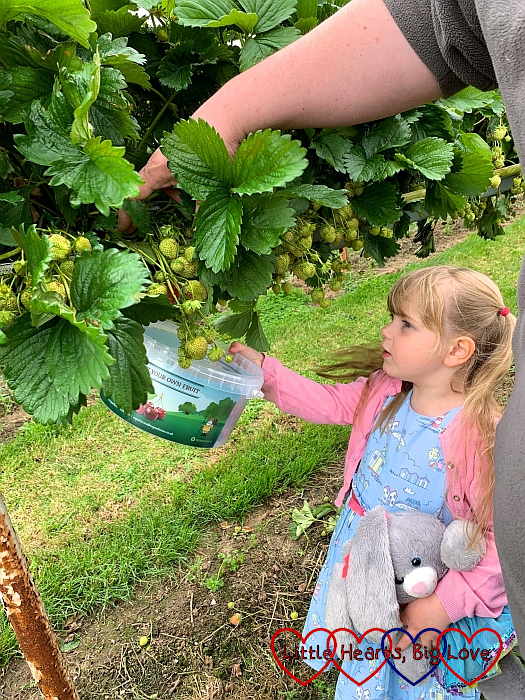 The strawberries were clearly very popular as there were lots of other families picking them too. There were plenty of ripe ones for everyone though. Sophie was very happy filling her tub with juicy red strawberries. She was also very good at not eating any until we’d paid for them! 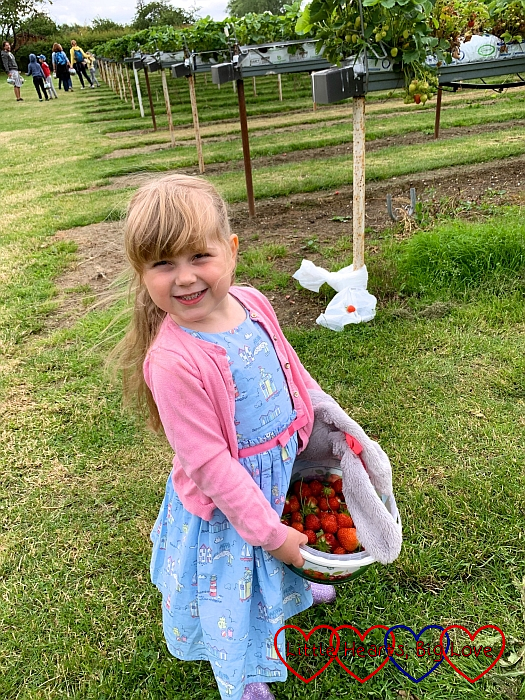 We ended up having a bit of a walk around the farm as we’d forgotten to ask where the gooseberry bushes were. I think we must have passed every other type of fruit and veg before we finally found them. 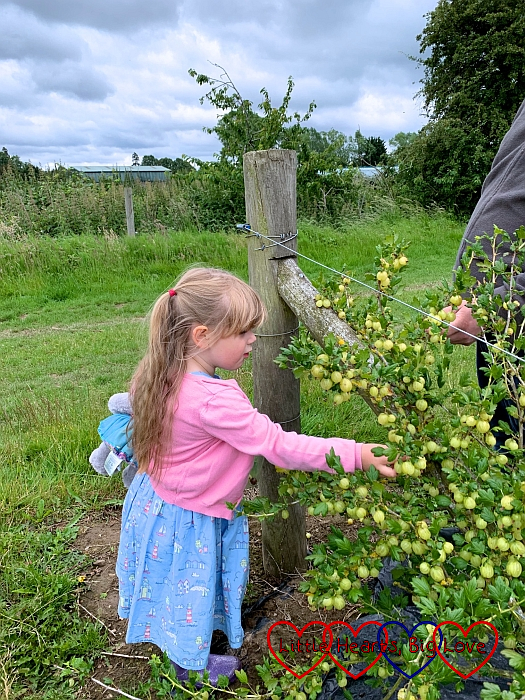 It was much quieter in this part of the farm. We were the only family picking gooseberries at that point in the afternoon. 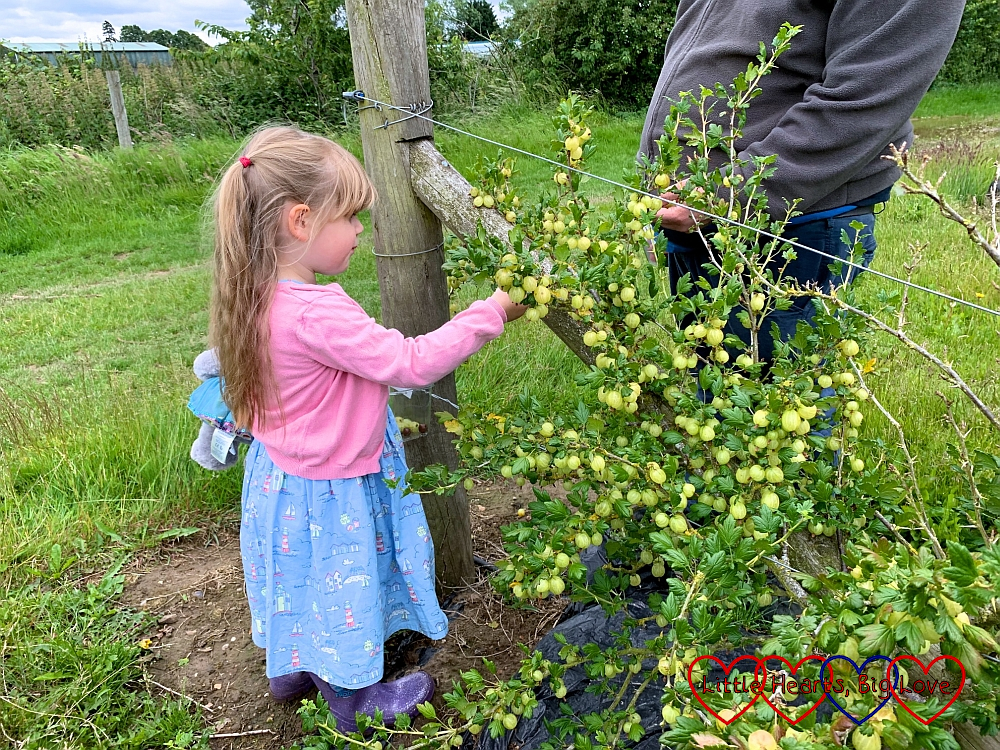 It started to rain as we headed back to the farm shop to pay for our fruit. The rain meant everyone else did the same though and the farm shop was very busy. While hubby waited in the queue, Sophie and I went around the shop and picked up some eggs, potatoes, carrots and jam to add to our basket. 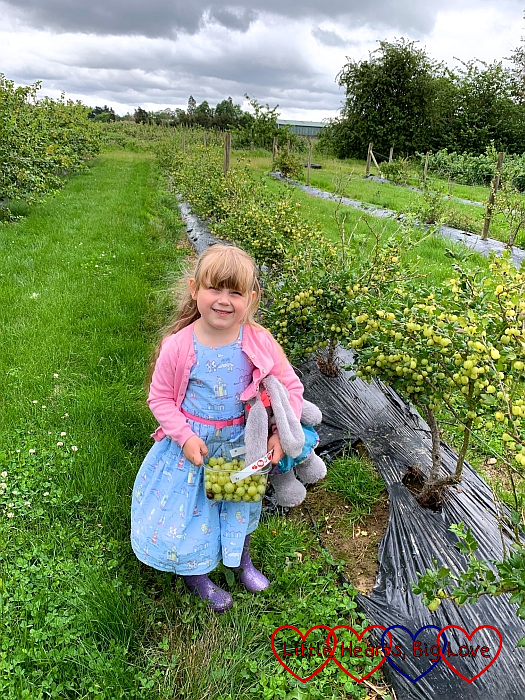 I was quite amazed at how little it all cost at the till – although I realised afterwards that I’d forgotten that our entry fee had been deducted from the total cost! It still wasn’t as expensive as I thought it might end up being though.

The strawberries tasted so much nicer than the ones from the supermarket. They were starting to get a little soft the next day so we had to eat them quickly (not that Sophie was complaining!) as we did pick rather a lot! Next time I think we’ll go for a smaller punnet. 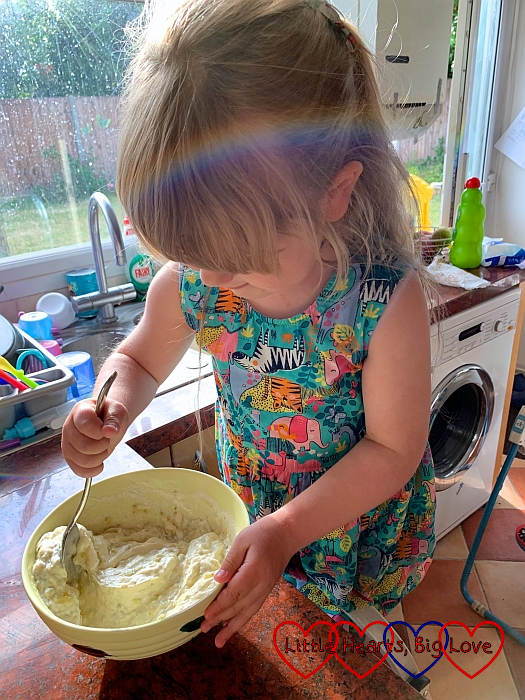 It was so lovely to have an afternoon getting outside together and so much more fun to pick fruit ourselves rather than buy it from the shops. We have raspberries and wild strawberries growing in the garden and Sophie loves picking those too. I very rarely get to eat any of them though as they disappear very quickly! She does love her fruit. It is lovely that she has opportunities to pick and eat it fresh from the bush. Makes me think I should really try and grow more fruit and veg in our garden.