Trying to keep the girls occupied on cold, grey and rainy January days when going outside is just not inviting can be quite a challenge at times. Books and imaginative play activities are always a good way of keeping them both amused and the Fire Station Activity Book and Playset from Parragon Books seemed like the perfect way to pass some time on a rainy afternoon. It includes a 32-page book and a cut-out cardboard model of a fire station and fire engine to assemble and play with. 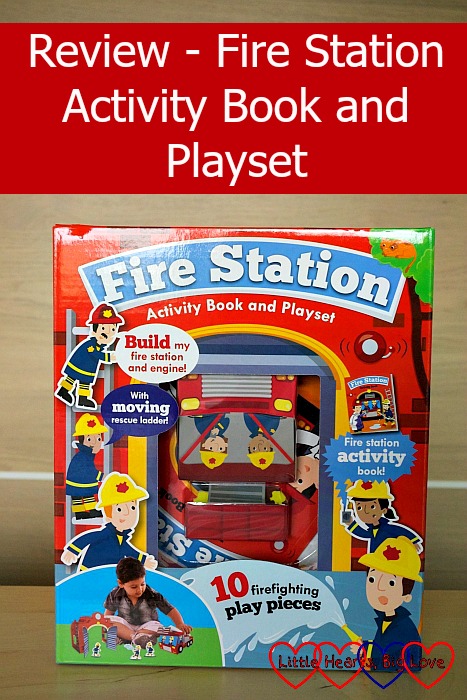 The model is quite fiddly to put together – whilst the instructions found in the activity book were quite clear, I found it a bit of a struggle – the pieces kept coming out their slots whilst I was trying to put attach the next piece. After watching me struggle for a few minutes, hubby decided to take over and had a lot more success – I have to admit that building these kinds of things is not my forte!   Once completed, the cardboard models looked quite sturdy and the fire engine even had a moveable ladder which rotated. There were some small figures of firefighters, a dog and various pieces of equipment which had folding tabs to help them stand up. We found they didn’t stand up particularly well although cutting the tabs at an angle so the figures leaned backwards slightly was a little more successful. 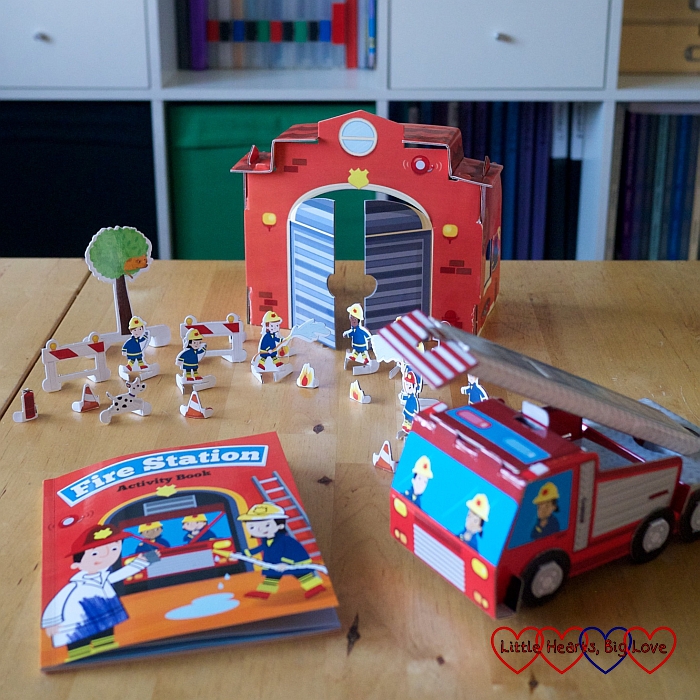 The girls enjoyed playing with them although it only took about five minutes before they’d started dismantling the models. We rebuilt them, adding some tape to try and help keep the pieces together which helped a little but this was still no match for a determined two year old! I think if Jessica had been playing with them on her own, they would have been fine. The cardboard pieces were quite sturdy though and have mostly survived and the model is reasonably easy to reassemble again – it was just a little frustrating having to do so repeatedly! 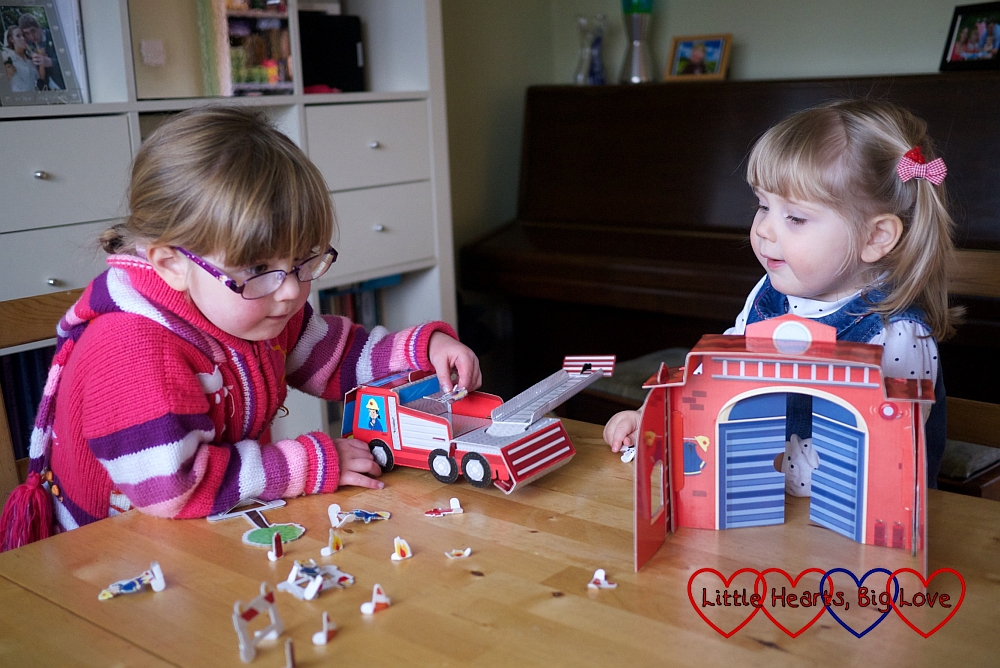 The activity book has lots of different puzzles and pages to colour in – encouraging children to count the objects, spot the differences, follow lines to find which leads where, find matching objects and draw dot-to-dot pictures. It kept Jessica occupied for quite a while and she especially liked the colouring in pages and the dot-to-dot pictures. 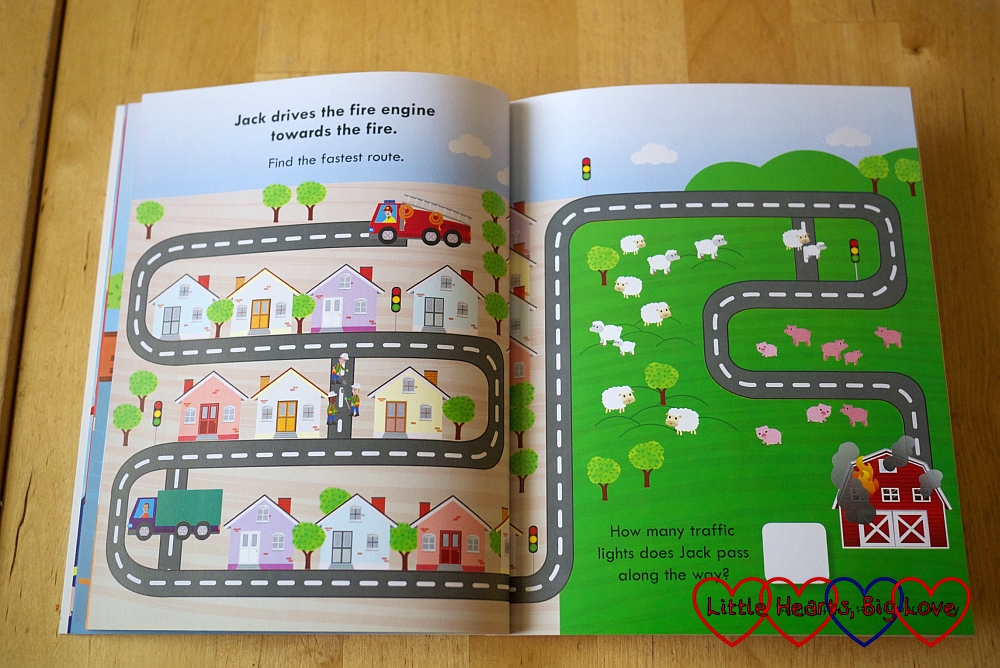 At four, Jessica is the perfect age for this book and playset – I think we would have had a lot more fun out of it had her little sister not been quite so determined to keep dismantling the models! 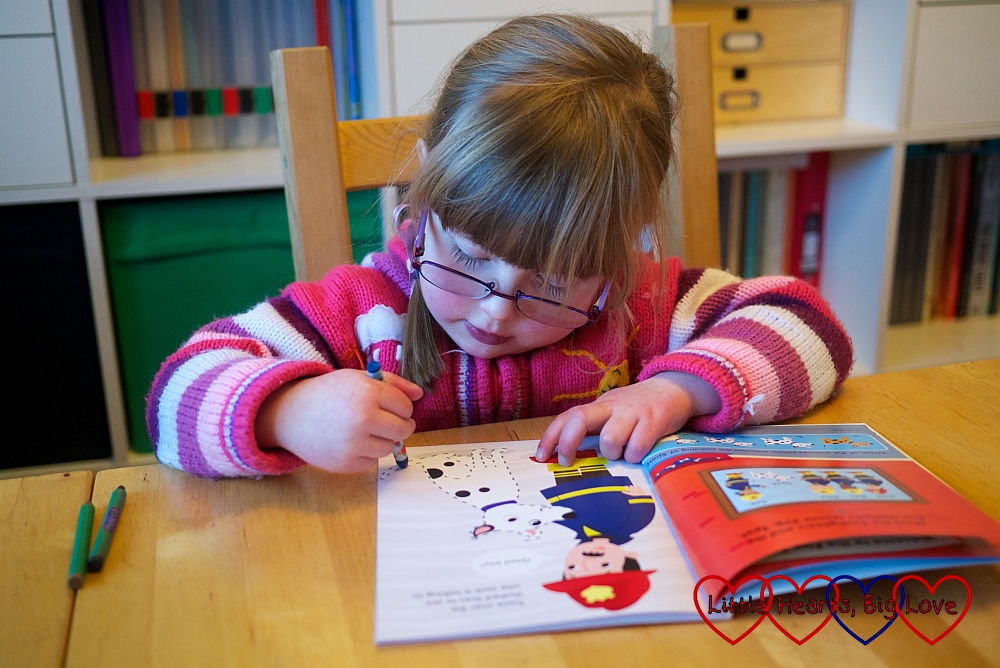 Disclaimer: We were sent a copy of the book to review through being part of Parragon Books’ Book Buddies. All thoughts and opinions are my own.