Sophie loves to cuddle her new baby brother Thomas and to help me look after him. The trouble is babies do like to sleep sometimes and aren’t always up for cuddles with their big sisters. Having a baby doll to love and cuddle instead is a good substitute – especially one that wees like a real baby after giving it a bottle. We were recently invited to review the Baby Wee doll. This is a baby doll that coos and “talks”, drinks its bottle and then wees when its nappy is removed. 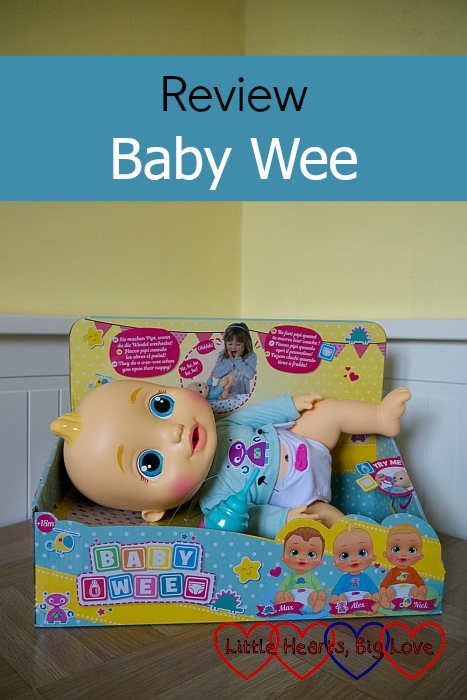 We received the Baby Wee Alex doll. Baby Alex has a tuft of blonde hair and wears a blue top with a robot logo. Both the top and the nappy are fully removable. Alex is clearly a boy doll. I wonder if that’s because baby boys are a bit more impressive on the weeing front particularly when it comes to their aim. I’ve certainly learned that much since having a baby boy! Although baby Alex already has a name and has boy bits, Sophie refers to the dolly as “she” and has renamed her Rosie. Not a problem, we’re comfortable with gender fluidity here! 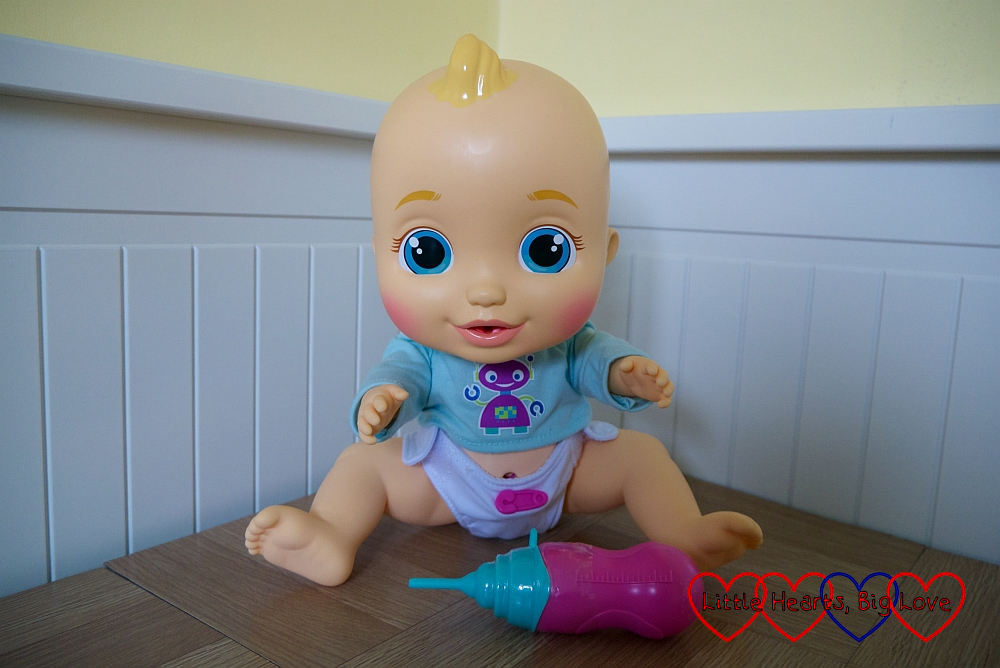 Before Sophie played with the doll for first time, I needed to turn it on and preset the vacuum pump inside the doll. The on/off switch is inside the battery compartment in the doll’s head which needs to be unscrewed before being removed. My first thought was that having to unscrew the battery compartment each time to turn the doll on and off would be annoying. In reality though, the doll turns itself off if left alone for a short period of time. It only starts talking again if given a bottle or if the nappy is removed so doesn’t start randomly chatting away to itself in the toy box, thank goodness! 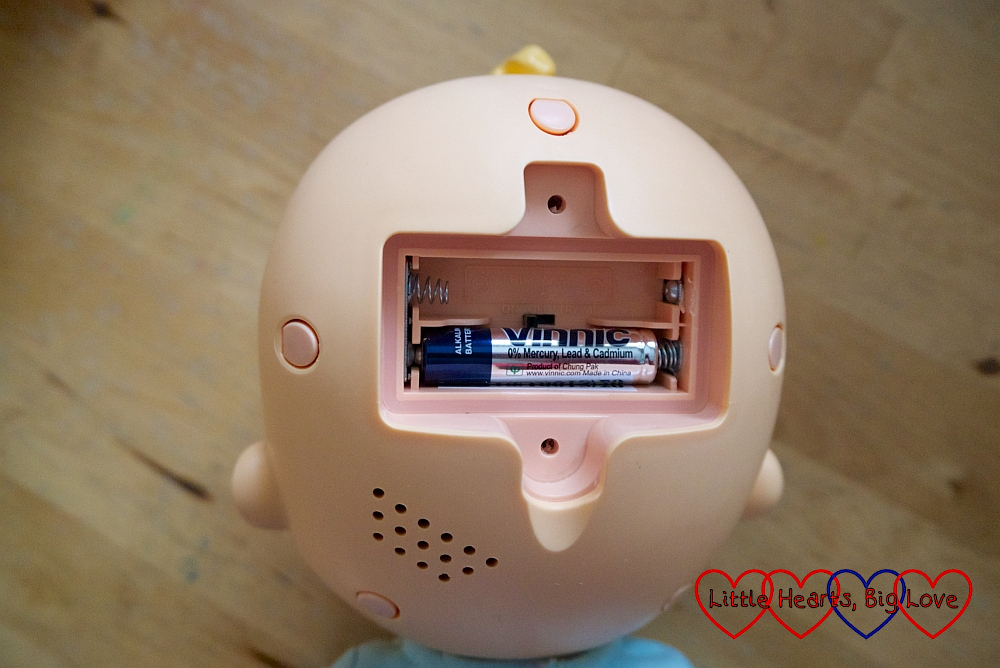 Pre-setting the vacuum pump was a little tricky. This is done by filling the bottle with water (distilled water is recommended), feeding the doll with it and then using the nappy fastener to pump the valve where the belly button would be while blocking the peeing hole with my finger. The doll tended to leak water from the back of the neck when given a bottle. It seemed most of it was going this way rather than filing the water tank inside the doll. This problem was resolved by holding the doll upright while giving it the bottle of water. Eventually I managed to get the doll to wee and it was ready for Sophie to play with. 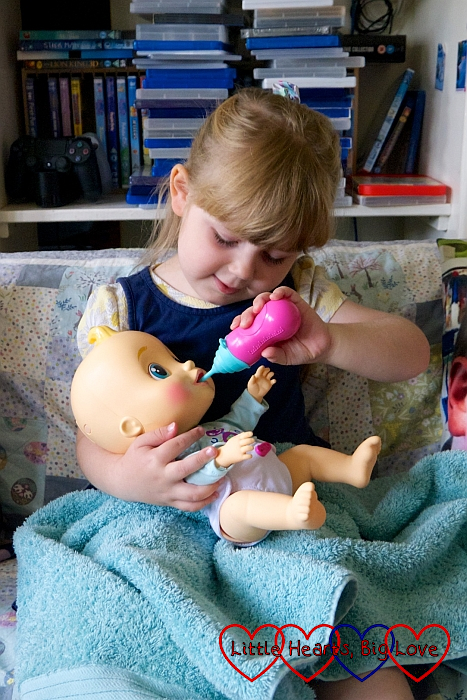 I’d recommend having a towel on hand when playing with this toy. Not too surprisingly, you can get quite wet while doing so! The doll squirts water whenever the nappy fastener is removed (and again when trying to put the nappy fastener back in place as it presses the valve). It does stop when the nappy fastener is pushed all the way back in. This is quite tricky for little hands to do though. Sophie got squirted quite a few times before requesting my help! 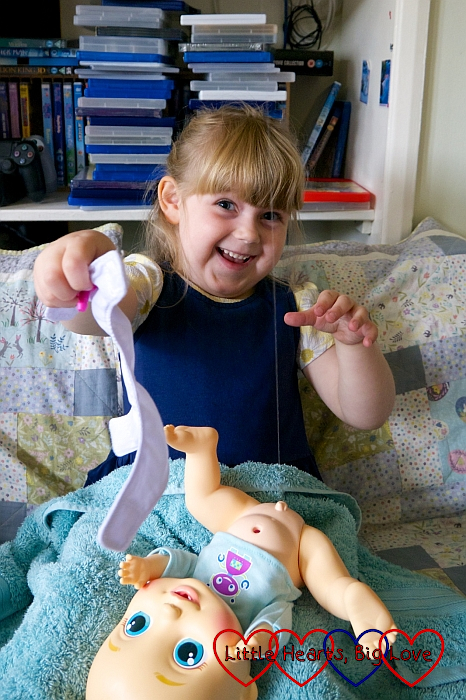 Sophie absolutely loves her new doll. She finds it hilarious to be squirted in the face when removing Rosie’s nappy. She loves feeding her and then changing her nappy over and over again even if she does get rather soggy in the process!

There are three different versions of the Baby Wee doll available – babies Alex, Max and Nick. Each has different hair and a different logo on its top. The Baby Wee is available from various stores, including Amazon, at RRP £34.99.

I received a Baby Wee doll for the purposes of this review. All thoughts and opinions are my own.