Over the summer holidays, Iver Environment Centre ran some regular family activity sessions. Sophie enjoyed creating a fairy garden in the last session we attended. In the last week of the holidays, we returned for some flower-themed crafts. 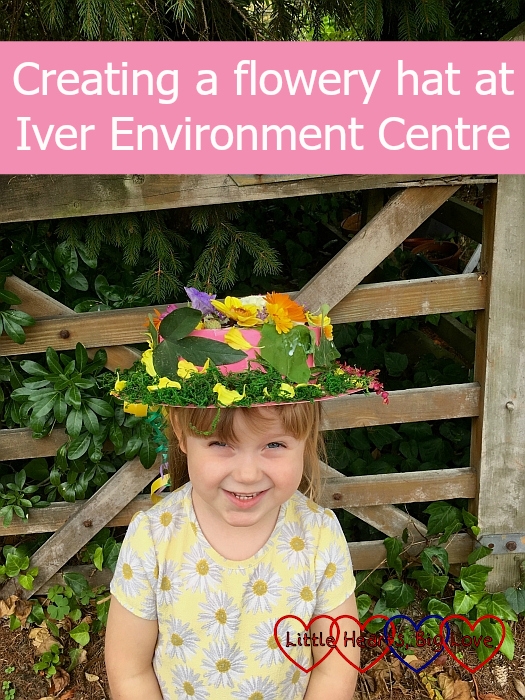 We arrived a little early for the craft session so we could have time to explore the grounds. This was our third visit and Sophie has already decided on her favourite areas. We started with the orchard. The apples looked much riper than on our previous visit! Sophie spent a few minutes playing with the cup and ball toy before deciding to head over to her other favourite area, the rainforest zone. 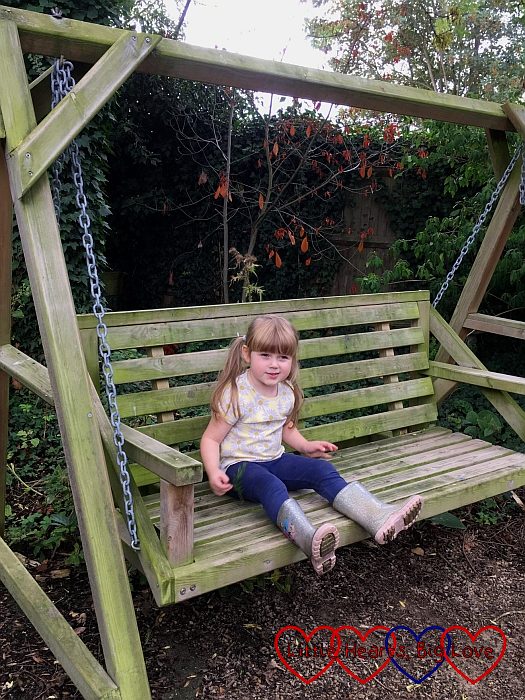 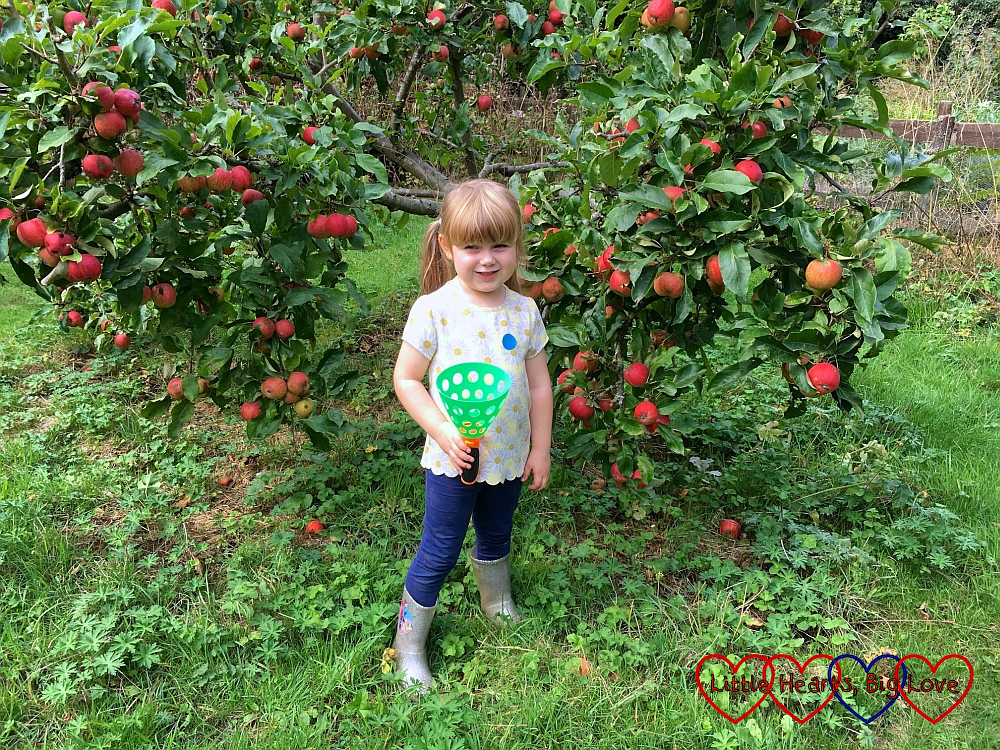 Last time she wasn’t too keen on the picture of the tarantula in the rainforest zone but this time she was looking for it! It’s a good job it’s just a picture though. I’m not sure I’d been too keen to venture near it if not. 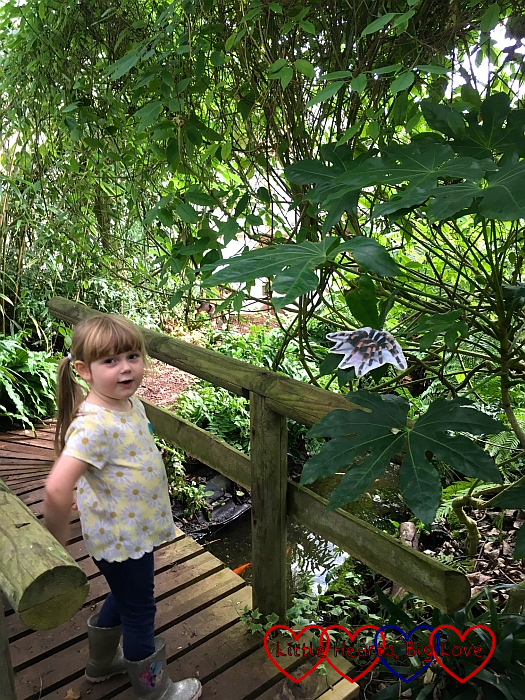 There were some outdoor games set up in one of the areas on our way back. We had a few minutes to spare before the craft session was due to start. Sophie quite enjoyed throwing the hoops even if none of them managed to land on the stick! 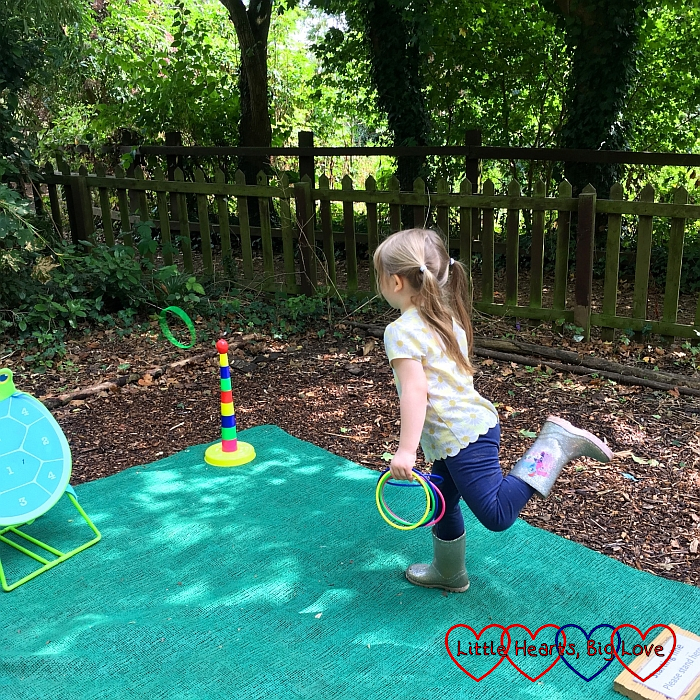 The fairy garden craft session was quite well attended but this time Sophie was the only child down for the craft session. It was a greyer and cooler day than on our previous visit which may have been why it was so much quieter. On the plus side, Sophie enjoyed having the one-to-one attention for the craft activity. This time we were making a flowery hat.

The craft table was already set up with a cardboard hat, glue and moss. Sophie was given a bowl and scissors and we headed back out into the gardens to find some leaves and flowers to decorate the hat. 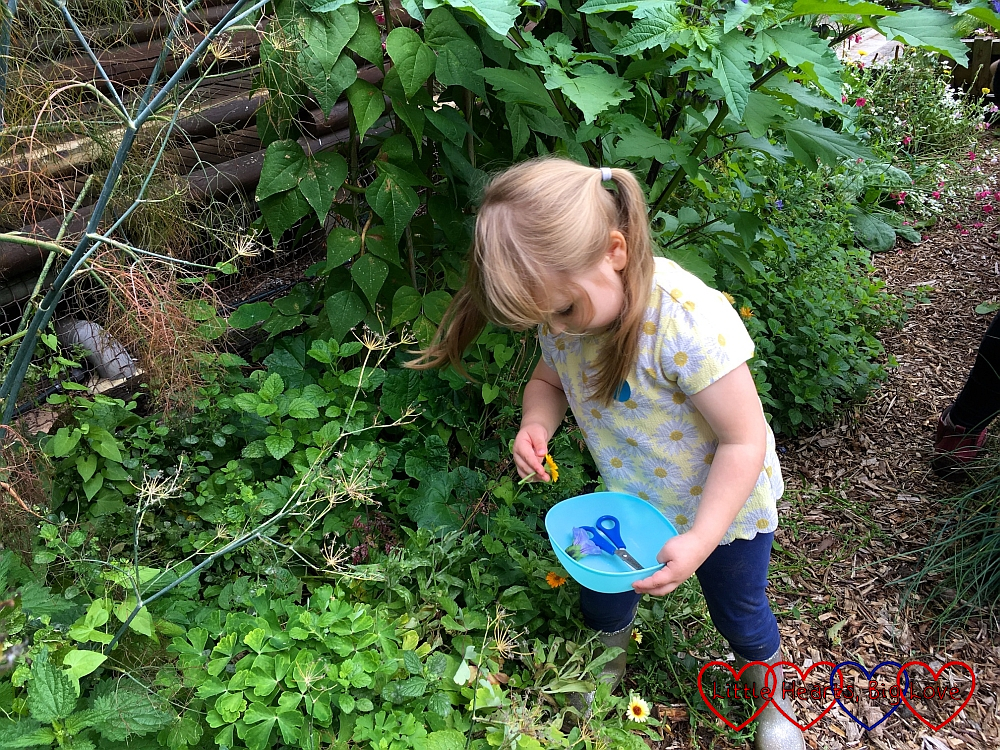 We collected a mixture of big and small flowers from the various areas in the garden along with a variety of different leaves to go with them. 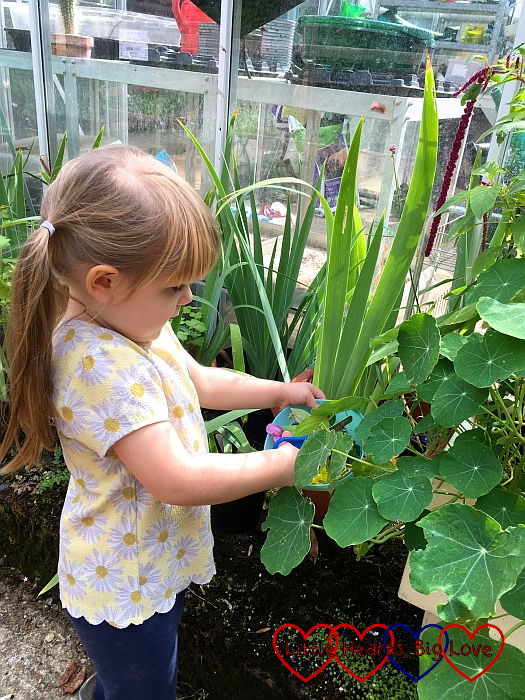 Back in the craft room, Sophie separated the leaves and the flowers. She covered the hat in glue and then stuck leaves over it, covering the top first and then the sides. The next step was to cover the brim with moss before starting to add the flowers. The final step was to add some curled ribbons to the back of the hat. There was a bowl full of different coloured curled ribbons on the table. As there were no other children needing to use them, Sophie decided to add them all! There were a bit too many for the glue to hold in place and we ended up having to staple them on after we got home. 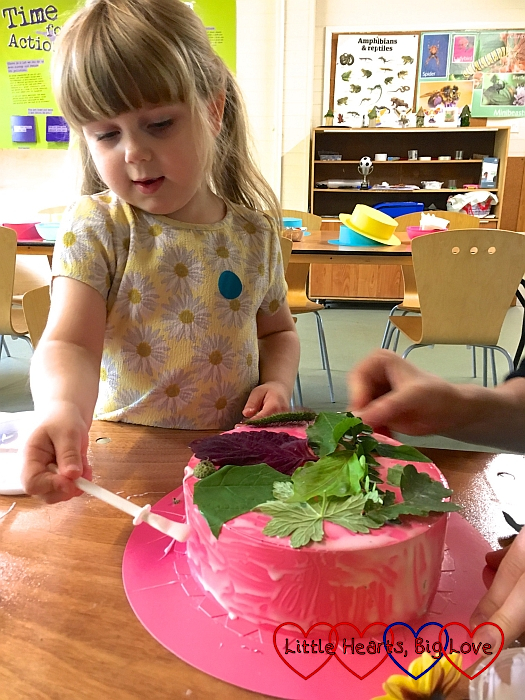 Sophie was so pleased with her hat when she’s finished. It was certainly a very pretty one and the flowers lasted a few days before they started to fade. It’s given me a few ideas though for when it comes to Easter bonnet making time next year! 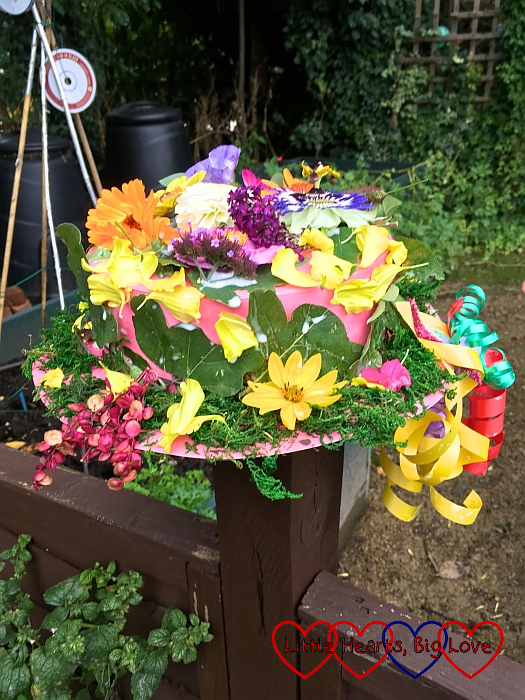 16 thoughts on “Creating a flowery hat at Iver Environment Centre”