Iver Environment Centre has been running family fun sessions throughout the summer holidays. There have been lots of different sessions to choose from, such as pond dipping, bug hunting, flower crafts and fairy crafts. The fantastic fairies craft session sounded like the perfect activity for Sophie. 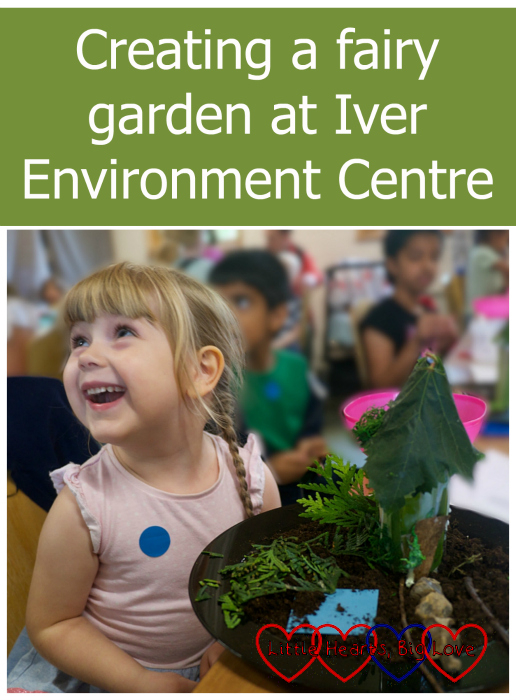 We arrived early for the afternoon session which gave us time to explore the gardens before the start of the craft session. Sophie headed straight for the orchard. There were some cup and ball sets laid out here for the children to play with. Sophie loved trying these out. She couldn’t quite manage to catch the ball in the cup but firing the ball in the air kept her entertained. At one point she was trying to hold three cups at once and fire the balls in the air. 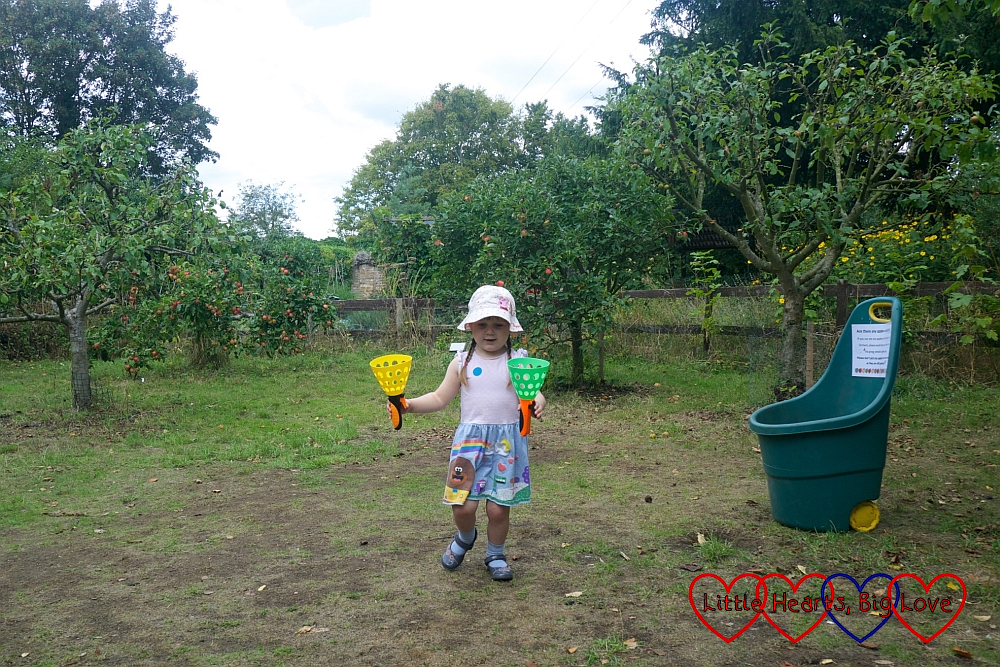 As I sat with Thomas watching Sophie, I couldn’t help but notice the beautiful big dragonfly that kept circling the orchard over our heads. Dragonflies always make me think of Jessica. This one flew around us for ages.

We just about had enough time to explore the rainforest area before it was time for our craft session to start. 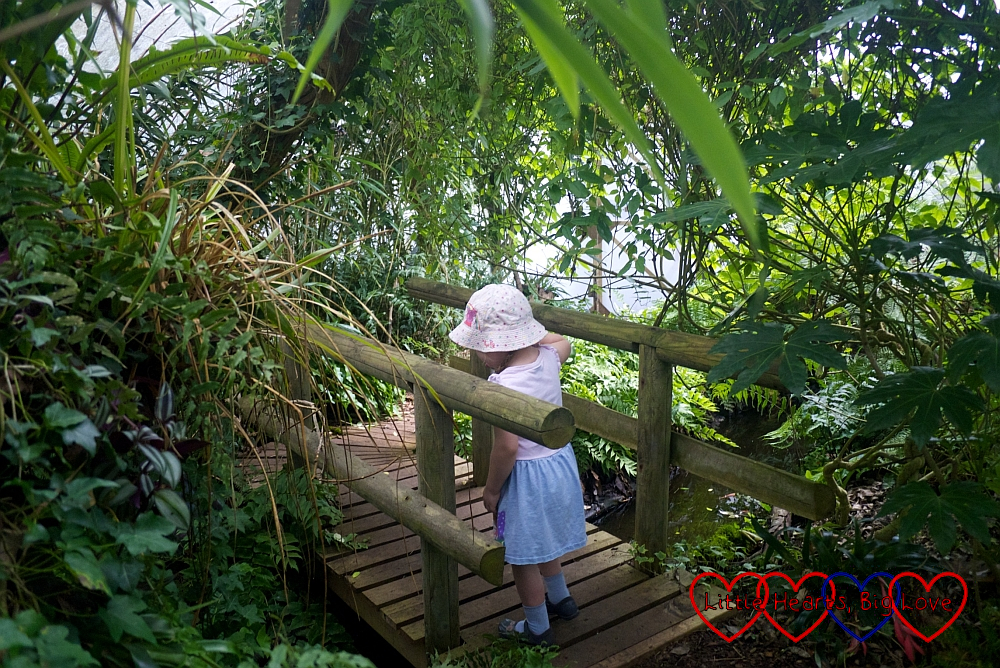 Our craft activity was to create our own fairy house and garden. We had been given a plastic plate, toilet roll tube, cardboard cone and a small circle of paper. There was glue and scissors in the table plus a container of moss. Each of the children was also given a bowl to collect natural items to decorate the fairy house. 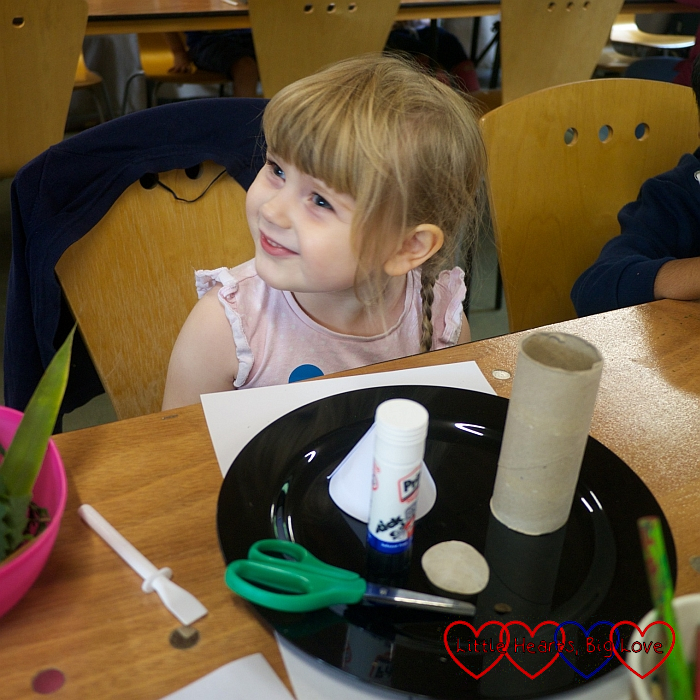 Sophie had to collect bamboo leaves, evergreen leaves, some small stones, two twigs, a piece of bark and some vine leaves for her fairy house. She also covered the plate with a couple of scoops of soil ready to create the fairy garden. 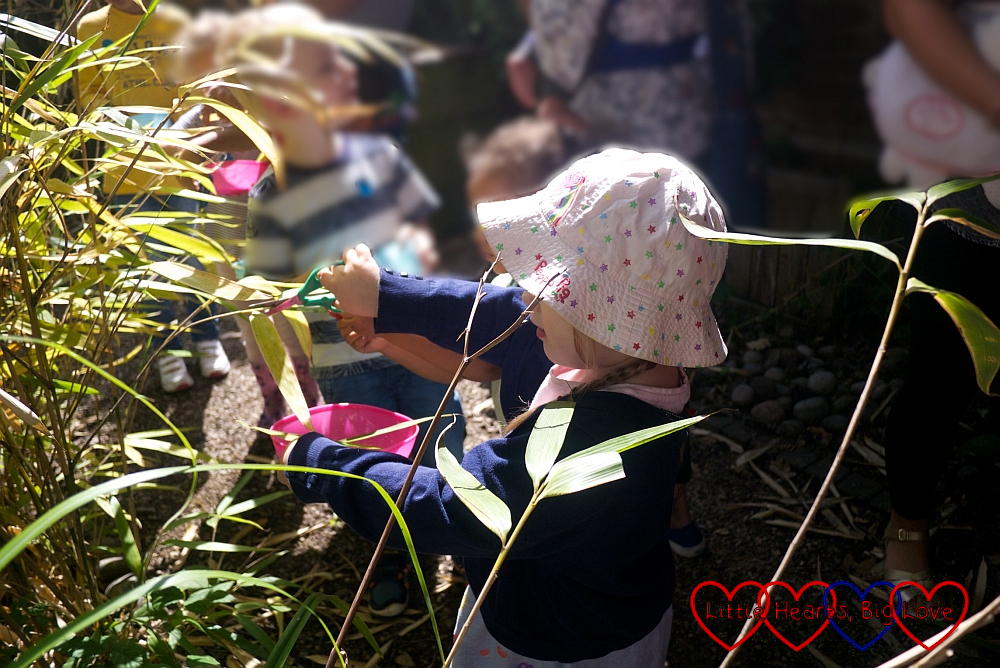 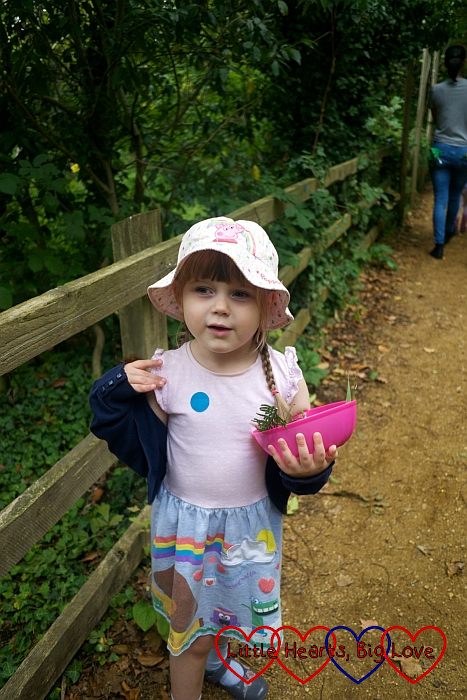 She stuck the bamboo leaves to the toilet roll tube to create the walls of the house and the vine leaves to the cone to make the roof. Any gaps between the leaves were covered up with moss. The small circle became the window and the piece of bark the door. 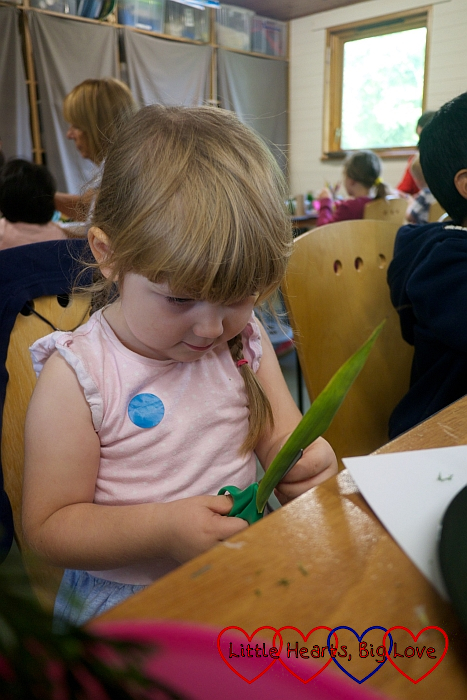 The twigs formed the outline for the path which was then filled in with stones. Finally the evergreen leaves were placed around the garden to create trees and hedges. 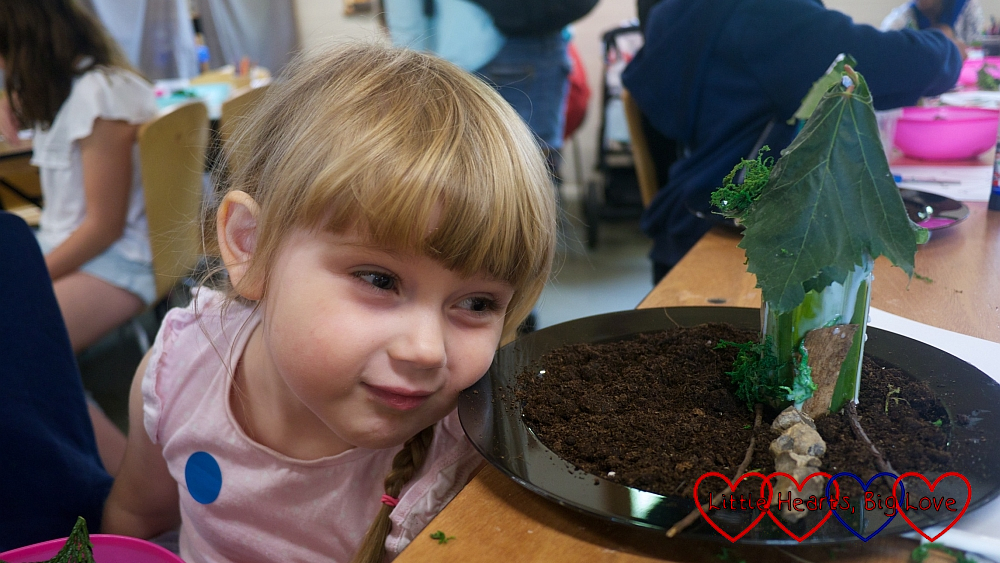 Sophie really enjoyed making her fairy garden and managed to make it with very little help from me. She loved going around the gardens collecting all the items needed to decorate the house.

The children were also given a cut out picture of a fairy and a small bag each. They were allowed to choose four flowers from the gardens to cut and place in their bags to take home and stick on the fairy to make her dress and wings. 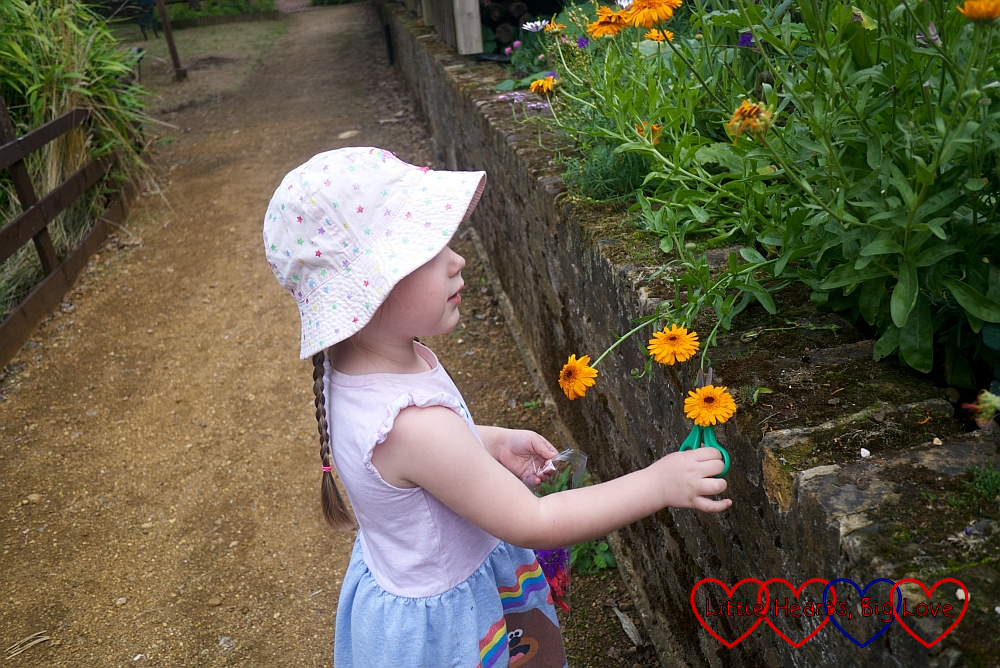 I loved how simple and effective the fairy garden craft was. This is something we could easily try doing again at home.

13 thoughts on “Creating a fairy garden at Iver Environment Centre”