It is 14 years today since hubby and I first got together. 14 years since I walked out of the student house I was living in and told my housemate that I was enjoying being single (having come out of a fairly damaging relationship a few weeks earlier) and was intending to stay single for a long time! I’d known Michael for a couple of years and, to be honest, had never thought of him as anything other than a friend. We’d met through the ballroom dancing society, had had a bit of friendly rivalry through competing in acrobatic rock ‘n’ roll (our dance partners also later married each other) and I wasn’t on the look-out for a new relationship. Yet somehow by the end of the evening, there I was snogging him on the sofa and 14 years later here we are, happily married with two beautiful daughters. 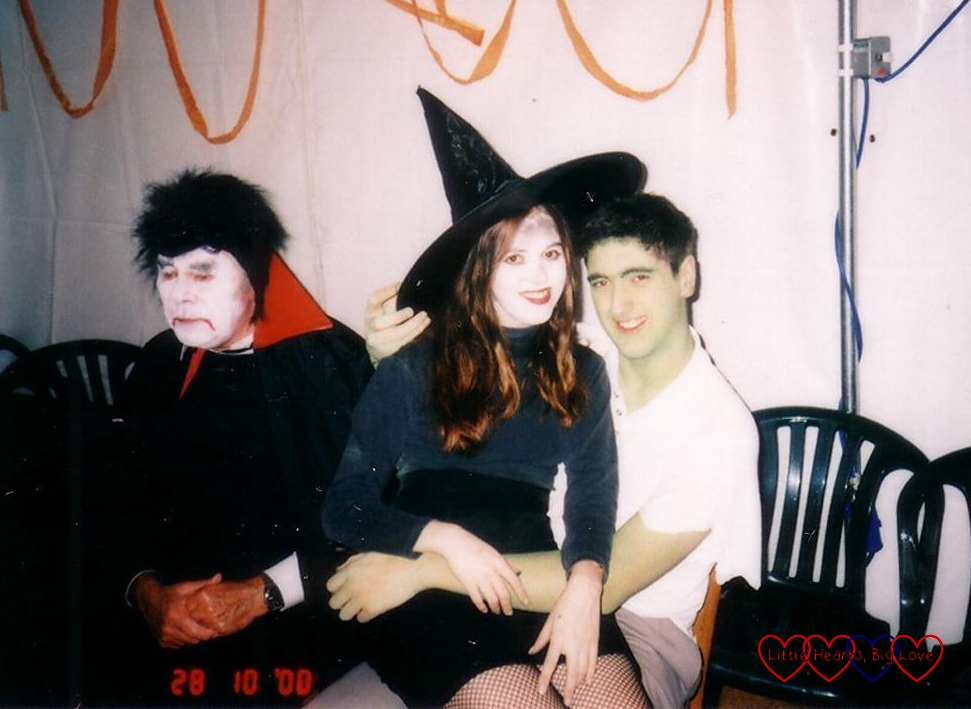 The photo above was taken at a family Hallowe’en party where Michael met most of my family for the first time. I’m still amazed that he wasn’t nervous about this given how big my family is (I’m the youngest of nine) but we both had a great evening. With hindsight though, perhaps a Hallowe’en party wasn’t the best time to introduce him to my family as they were all dressed up which meant that he didn’t have a clue who anyone was the next time he met them!

Happy ‘getting together’ anniversary lovely hubby and thank you for being my best friend and my rock over the past fourteen years. There have been many tough moments along the way but we have got through them together and hopefully will continue to do so for many more years to come.

Linking up with PODCast for What’s the Story?