Last month, I reflected on that feeling of being in limbo between two family lives. I felt that we were crossing a bridge across a great chasm. On one side of the bridge was our family life with Jessica and on the other our family life to come with Peanut. We have now crossed that bridge and arrived on the other side. Baby Thomas decided that he wanted to be a July baby rather than an August one, arriving at home two weeks before his due date. 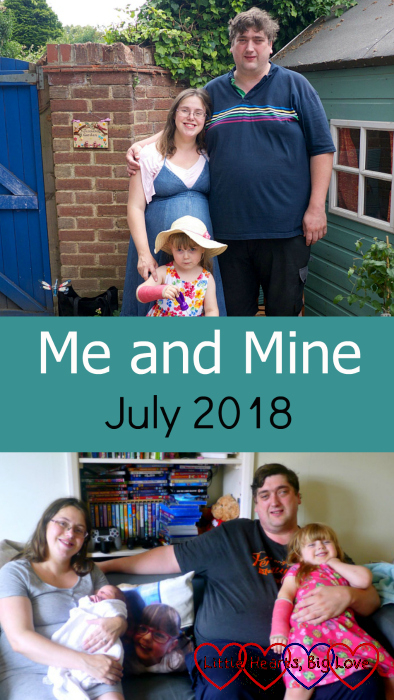 I have to admit I wasn’t surprised that he came a little early. Jessica also arrived two weeks early and my pregnancy with Thomas had felt similar in many ways. There was one big difference though. Thomas decided he was most comfortable in the breech position. Despite several attempts a moxibustion and an attempted ECV in hospital, he was determined to stay bottom down. Thankfully I had already booked care with independent midwives who were experienced in home breech birth and had my home birth with him after all. 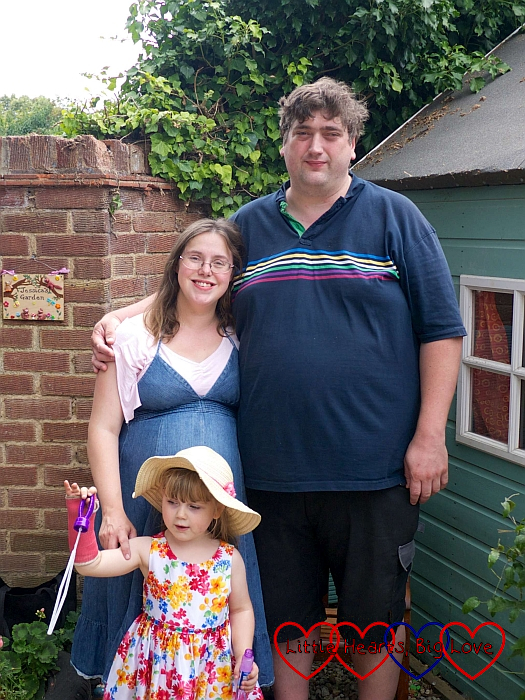 A week before Thomas’s arrival, Sophie finished preschool. She had a wonderful time with her friends at her leavers’ party. It feels appropriate that our last Me and Mine photos before Thomas’s arrival are these ones taken in Jessica’s garden at the preschool. Sophie’s last day was a very emotional one for us. It brought back so many lovely memories from Jessica’s leavers’ party. I know how excited Jessica would have been at the prospect of a new baby arriving during the summer holidays and Sophie starting at her school at the end of them. Having our family photo taken in Jessica’s garden was a way of making her a part of that moment too. 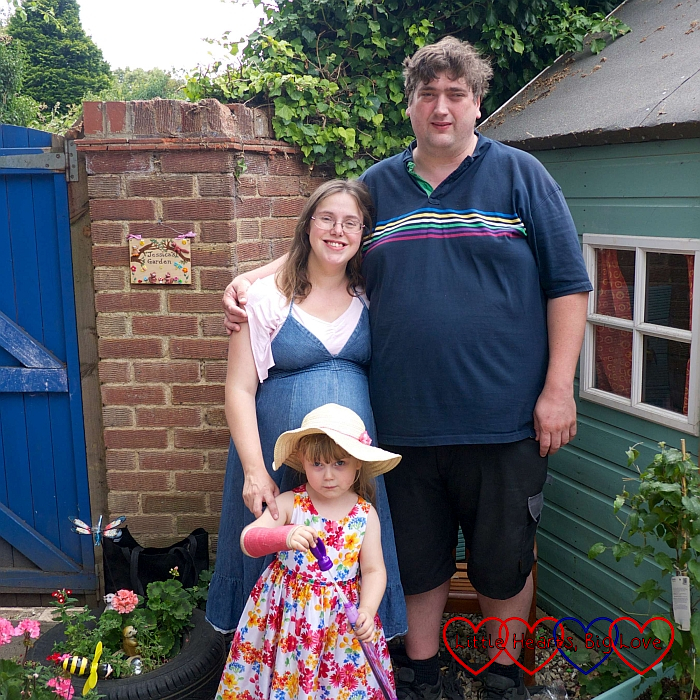 Needless to say our first photos since becoming a family of five had to include Jessica too. I am so thankful for the lovely photo cushion that my sister sent me after Jessica died. It’s one of my favourite photos of her and it provides such a lovely way to help keep Jessica included in our family photos. 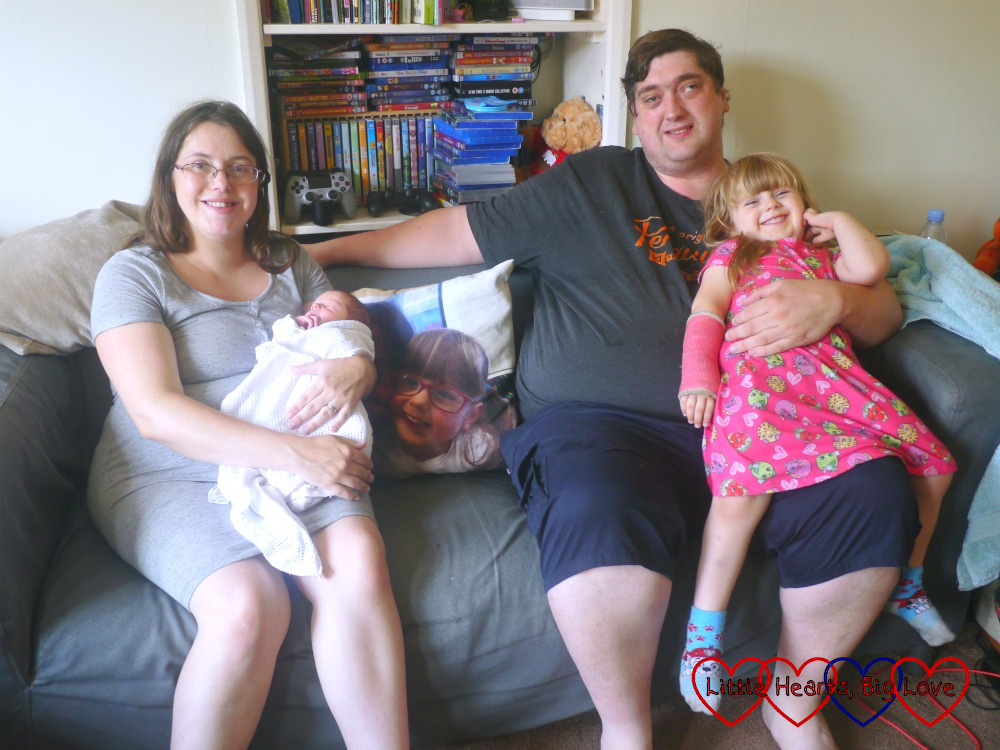 The last few days have been very mixed. Thomas’s arrival has brought us so much joy. I am so thankful that I felt such a rush of love for him when he arrived. I was so worried that I would struggle to bond with him and that his arrival would take us further away from Jessica. In some ways, yes it does take us further away from the family life we had with her but at the same time his arrival takes nothing away from Jessica. She is still just as much a part of our family and Thomas has his place in it too. I love all three of my children equally. 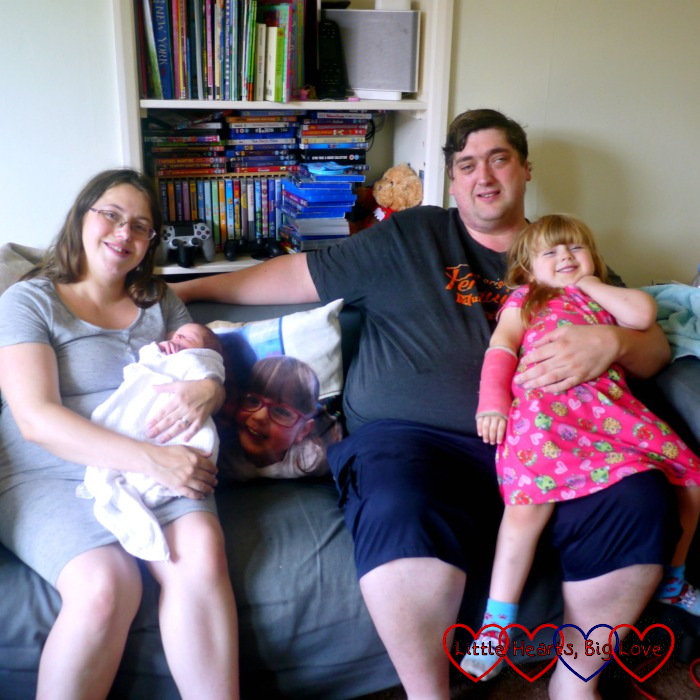 In amongst the joy there are many, many moments of sadness. That first rush of emotion I experienced when Thomas was born was overwhelming grief for Jessica. I needed to cry for her before I was able to look at her new sibling and connect with him. We have shed so many tears for Jessica over the last few days. It breaks my heart that she never got to meet her baby brother. She had wanted the baby to be a boy. I remember how adorable she was when Sophie arrived and as I watch Sophie being loving and gentle with her new brother, it helps me to imagine just how Jessica would have been. It just makes me so sad that I will never get to see it for real; that I will never get to see my three children together. That the only photos I have with them together, there is one who is either a picture or a bump (or both!).