After a day off in Glasgow exploring the city and looking for the Oor Wullie sculptures, it was time to get back on the train and head south. We’d booked tickets for four trains to take us to Penzance, hoping to arrive around 7.30pm. We’d been lucky so far with trains running on time and making connections. This time, though, things were not quite so smooth sailing. 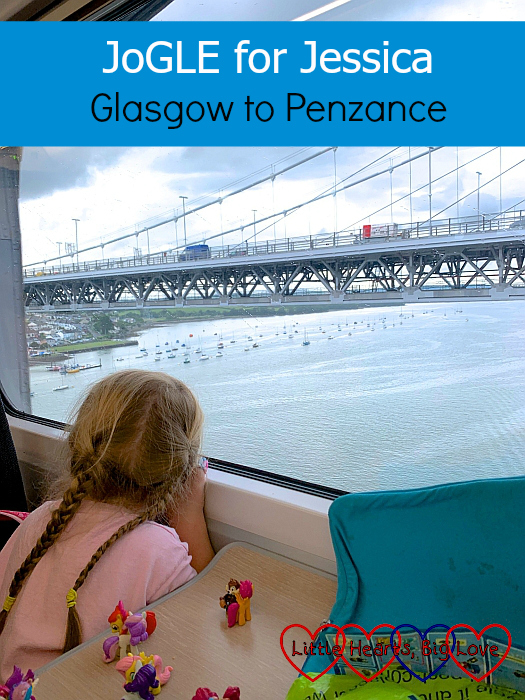 The first train journey – the 0825 train from Glasgow to Preston – went smoothly enough, although it was very busy. Once again I was thankful that we’d booked a seat for Thomas and for being in first class. We didn’t have reserved seats but thankfully managed to sit together around a table.

We were at the end of the carriage. In the next one was a large group of teenagers who seemed to be part of a dance school or gymnastics troupe. They were full of youthful exuberance, singing and dancing, doing handstands in the aisle and generally being quite jolly. There was one passenger in a window seat sitting near them. She looked very tired, possibly hungover and had her headphones in, hands over her ears and a pained expression that clearly said ‘why me?!’

We got off the train in Preston to discover that our next train – to Birmingham – had been cancelled. However, an earlier train to Euston was running late and had been further delayed to allow passengers for the cancelled train to board. This meant that we now needed to change at Stafford and get another train to Birmingham. A quick check of train times confirmed that we should still make our connection to Newton Abbot although with less time to spare. 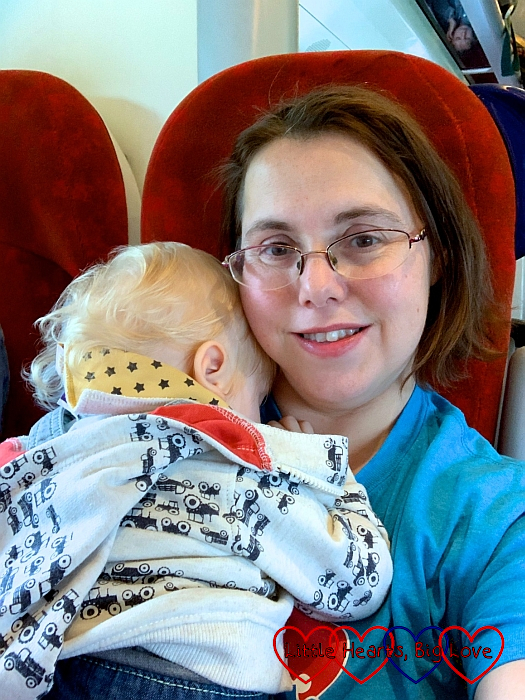 Needless to say, this train was packed. I managed to find a seat so I could sit and feed Thomas (who thankfully then slept through the rest of this train journey). We arrived at Stafford in time to catch the next train. So far, so good. But then things went somewhat pear-shaped. 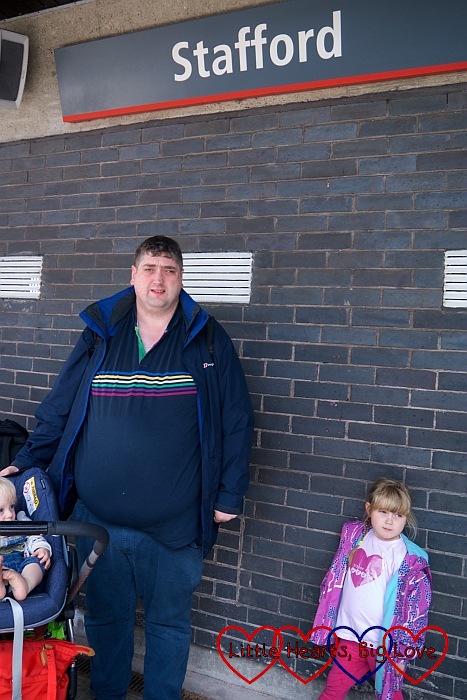 Another packed train. Getting on with the buggy was a bit of a challenge. Hubby had been in a hurry putting Thomas in the buggy when we got off the previous train. In the rush, he hadn’t secured the straps properly. It was a shock to all of us once aboard the train when Thomas suddenly flung himself forward and fell out. One bumped head and lots of tears and cuddles. Thankfully, a few minutes later he was smiling again and seemed none the worse for it.

There was one stop en route – Wolverhampton. We were still on time and hopeful that we would make our connection. But then just as we were pulling out of the station, an alarm sounded and the driver slammed on the brakes. A few minutes later – the announcement that there was a fire alarm going off and the train would be delayed. There was another train on a different platform due to leave for Birmingham shortly. There was next to no chance now of making our connection. But we got off the train ready to change trains once more. At which point, there was a station announcement saying the train we’d just got off was about to depart. So we got back on.

I was now carrying Thomas and hubby had put his rucksack in Thomas’s car seat on the buggy.  As we were getting on the train, the rucksack slipped off and fell down the gap between the train and platform. The sight of hubby with his head down that gap trying to retrieve it is not a sight I ever want to see again! He reassured me afterwards that the train doors were open throughout so there was no danger that the train was about to move, but it freaked me out somewhat at the time. One bag retrieved, and a hubby safely back on the train, much to my relief. We waited for the train to start moving, but it turned out that it wasn’t about to depart after all.

It was quite a squash at the end of the last carriage. I had both my cardigan and coat on and was carrying our big rucksack and Thomas. It was very hot and uncomfortable. Thomas had coped well so far but wanted to get down and move (which he couldn’t do) and so was beginning to voice his unhappiness about it all too. Another announcement that there was another train due to depart for Birmingham if anyone wanted to change trains. We decided to stay put. A few people got off – at which point there was another announcement that our train really was ready to depart this time – and back on they all got again. We were finally on the move once more. The journey to Birmingham felt like a very long one though!

Much to our relief, we were able to use our tickets for the train we’d missed on the next train to Newton Abbot. We had time to get our log stamped before finally getting on the train. Hubby quickly managed to reserve some seats in first class on his phone. They were split across the carriage, but once again we were able to swap seats on the train and sit together. 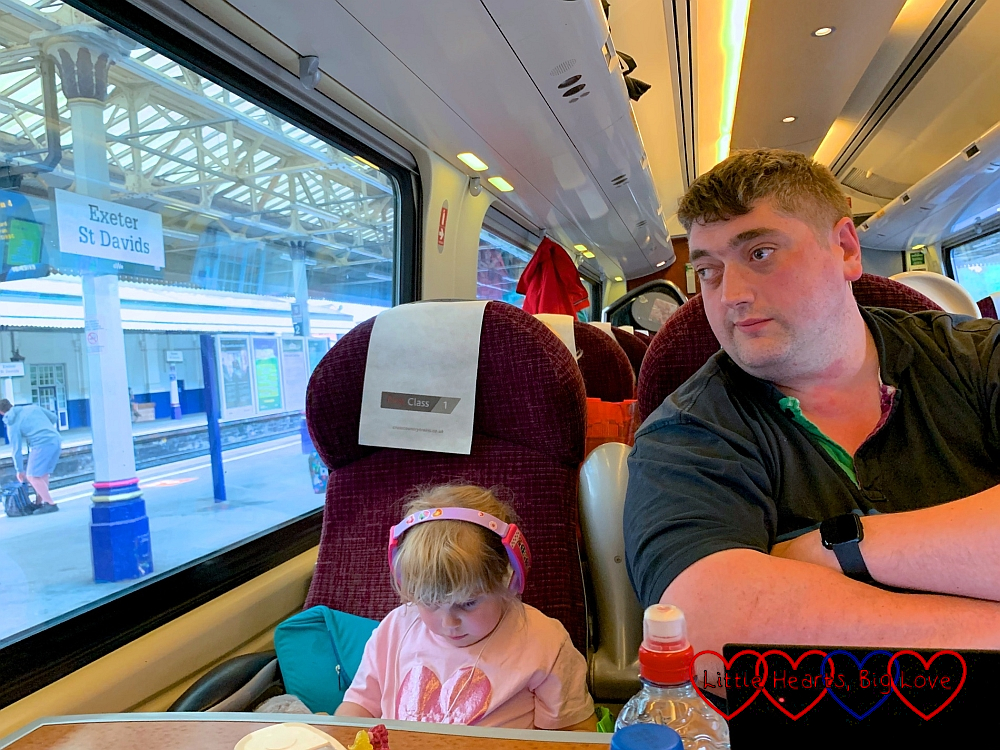 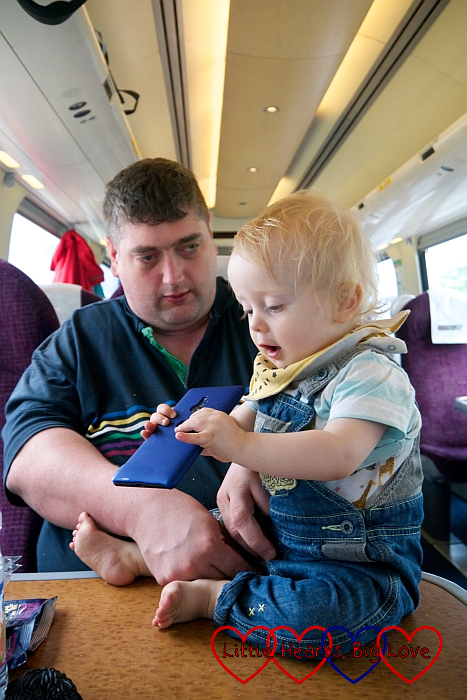 From then on, it was smooth sailing. We changed trains at Newton Abbot – back to standard class this time. As I’d hoped, the train was quiet and we managed to get a table. It makes such a difference being able to sit around a table together (which is partly why I’d gone for first class on some of the longer journeys). 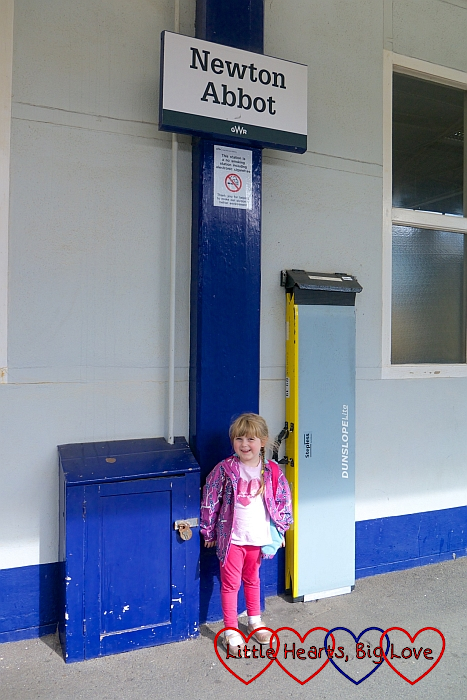 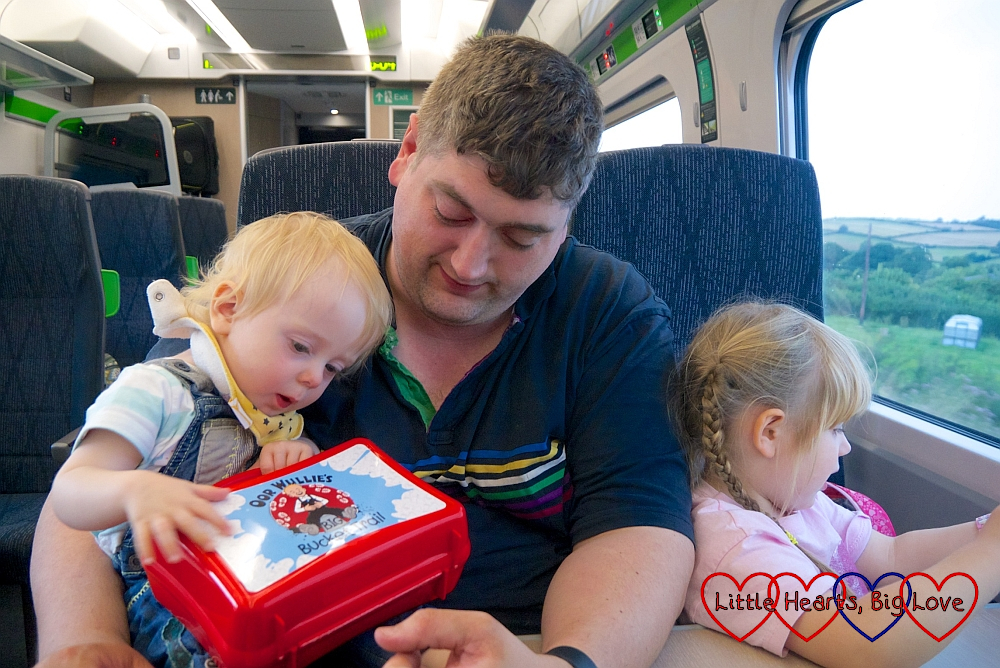 This last part of the train journey is another lovely one with so many beautiful views along the way. My favourites are the views out to sea, crossing the Tamar into Cornwall and the view coming into Truro. Devon and Cornwall are such beautiful counties. 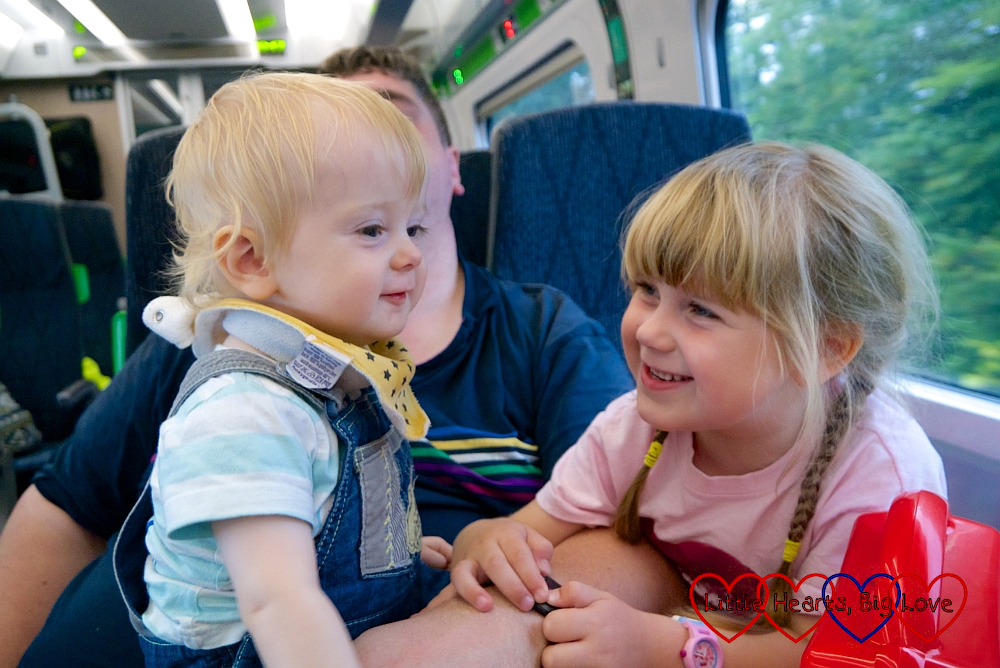 We arrived in Penzance only an hour later than we’d planned. We hadn’t needed to buy any new tickets even with all the changes, so the delays hadn’t cost us any more money either. The children had coped well with all the travelling overall, which was a huge relief too. I was glad that we were staying very close to the station at the Carnson House, where we had a lovely, if somewhat cosy, family room. We’d had some sandwiches on the train earlier, but none of us (apart from Thomas) had had dinner. We headed to the nearby Longboat Inn for dinner there. We’d stayed there previously when we did our LEJOG journey with Jessica. This time it was fully booked, otherwise we would have stayed there again. 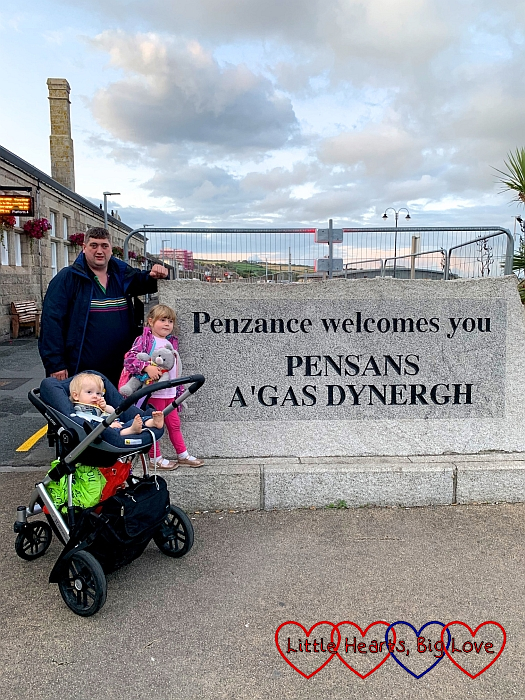 Five more trains down – just one bus left to go to reach Land’s End and the end of our challenge!

6 thoughts on “JoGLE for Jessica – Glasgow to Penzance”