Every so often it seems I hear yet another story of a fellow breastfeeding mum being asked to cover up or to leave when she is feeding her baby out and about in public and this makes me sad and angry. Why do certain members of society seem to have such an issue with seeing an exposed breast with a baby attached to it? Young women can go out revealing just as much cleavage in a skimpy top on a night out, a page 3 model can bare all in a newspaper and this seems to be perfectly acceptable, yet seeing a breast performing the function for which is was created seems abhorrent in some people’s eyes. 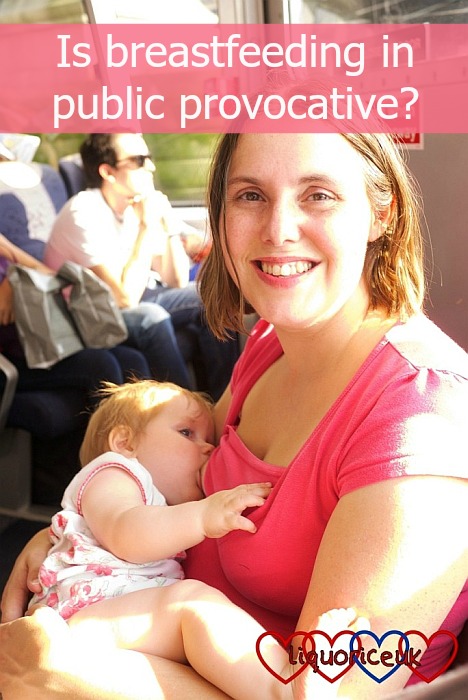 One of the arguments that often gets raised when trying to defend breastfeeding in public places by pointing out that this is a very natural way to feed a baby is that ‘going for a wee is natural and men don’t get their willies out and urinate in public so why should women breastfed in public’. Well firstly, go down certain dodgy areas of cities on the weekend and you’ll probably see drunken men doing just that but secondly, the two are not comparable. I would go to the toilet to change my baby’s nappy in private in the same way as I would go to the toilet privately myself. I don’t cover myself when eating in public – why should I have to cover my baby when she is breastfeeding in public? 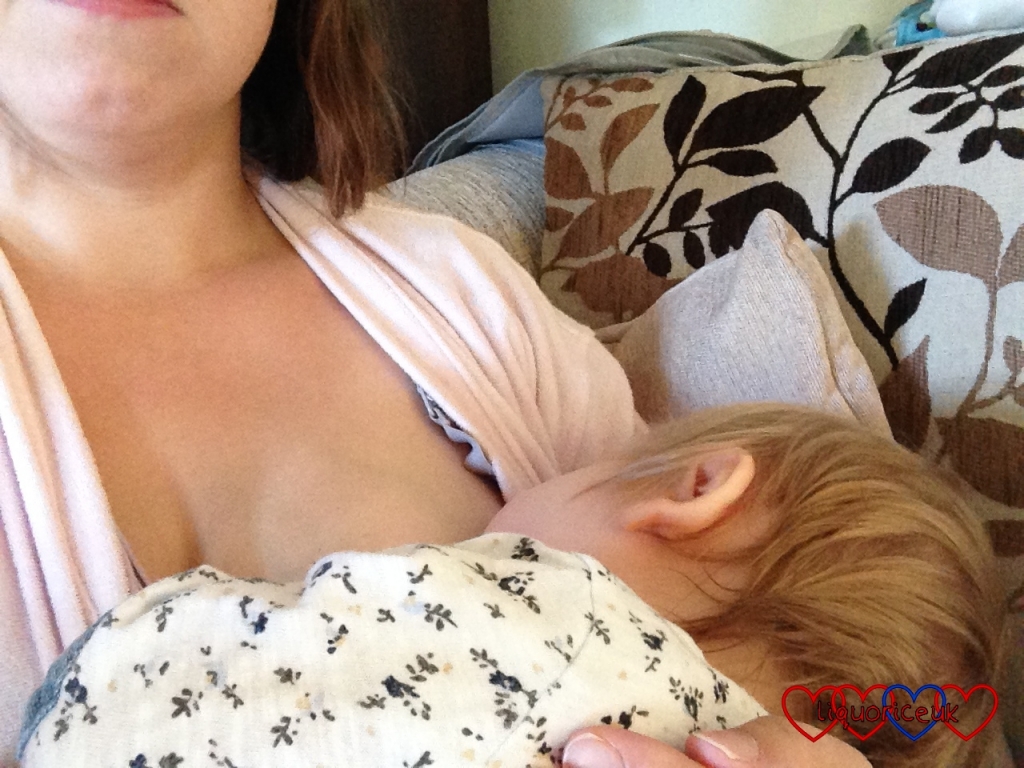 The Equality Act 2010 states that businesses cannot ask a breastfeeding woman to leave just because she is breastfeeding her baby and as far as I am aware the caveat ‘unless she is feeding indiscreetly’ isn’t included. It makes me angry that women are humiliated and shamed for just feeding their babies, that many women feel they have to hide their babies under covers or not feed in public at all.

I was recently involved in a twitter debate about breastfeeding discreetly in public where a fellow breastfeeding mother who had been asked to cover up whilst feeding in public was told that she ‘only had herself to blame’ for being humiliated as she should have been feeding discreetly. When that comment was first posted, I felt there were parallels with blaming rape victims if they wore revealing clothing (a view I definitely do not agree with – no means no no matter what the woman happens to be wearing). This particular conversation actually ended up going down this route with the person attacking indiscreet breastfeeding remarking that exposing breasts was ‘provocative’ (in response to a photo comparing exposing flesh on a Saturday night out with exposing flesh whilst breastfeeding) and implying that women put themselves at risk of being attacked. Which begs the question – if I expose my breast to feed my baby, am I really putting myself at risk of being raped? What is wrong with a society where women are hypersexualised to an extent that breastfeeding is viewed as abhorrent and provocative?

I have to say that whilst there are times when I do breastfeed very discreetly (nursing tops are generally a staple item in my wardrobe), there are also times when I am less discreet – I will get on and feed my baby in the quickest and easiest way possible and if that involves exposing most of my breast, then so be it. Thankfully I have only met with one negative reaction – being asked to go and sit in a corner behind the door in a restaurant whilst trying to latch Jessica when she was tiny – if the idea was to protect the rest of the diners from being exposed to a breastfeeding woman, it backfired when I walked back across the restaurant with Jessica attached and feeding and sat back down with my friends. On the whole though, the comments I have received about breastfeeding my babies have been positive. I just wish that society would be welcoming of all women feeding their babies when out and about – whether they choose to breastfeed or bottle feed, be discreet or not. At the end of the day, we are all mums trying to do the best we can for our children – when they are hungry, they need feeding, just as we do when we are hungry. Why should this be an issue at all?

Joining in with Zena’s Suitcase for Breastfeeding Diaries:

18 thoughts on “Is breastfeeding in public provocative?”