It’s been nearly two weeks since Jessica passed away suddenly. I’m not sure that the reality of it has really hit me yet. Most of the time it just doesn’t feel real – I can’t quite bring myself to believe that my beautiful girl has gone. There are moments when it does hit me; moments when the pain and sorrow is overwhelming and all-consuming. We drift from moment to moment, coping as best we can, making the arrangements that need to be made and trying to keep things as normal for Sophie as we can. 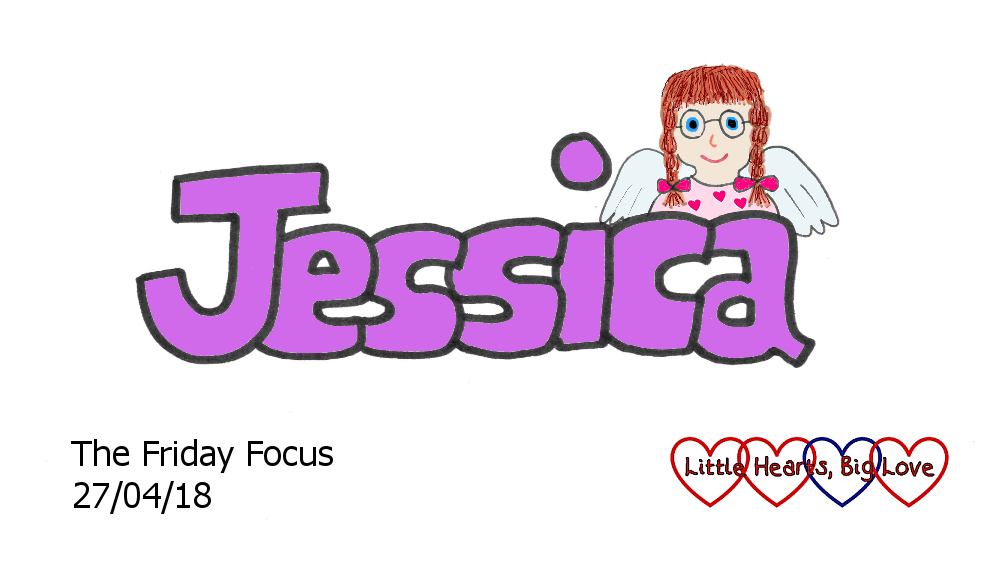 Sophie has been a little ray of sunshine. She has moments of missing Jessica and being very sad, but is coping well on the whole. She senses when we are feeling sad and has been giving us more cuddles which is very sweet of her. Most nights, she wants to go to sleep in Jessica’s bed, although by morning she has nearly always climbed in to our bed, wanting to snuggle up with us.

Jessica’s school held a special assembly for her last week which we were able to attend. Jessica’s school book and water bottle were placed in the middle of the hall, along with some pictures and poems from her classmates. The children shared some poems and some of their memories of Jessica, and placed her things in a memory basket for us to take home. It took all the strength I had not to break down completely when her year stood up and sang “Somewhere Over The Rainbow” – it was so beautiful but so very emotional too. 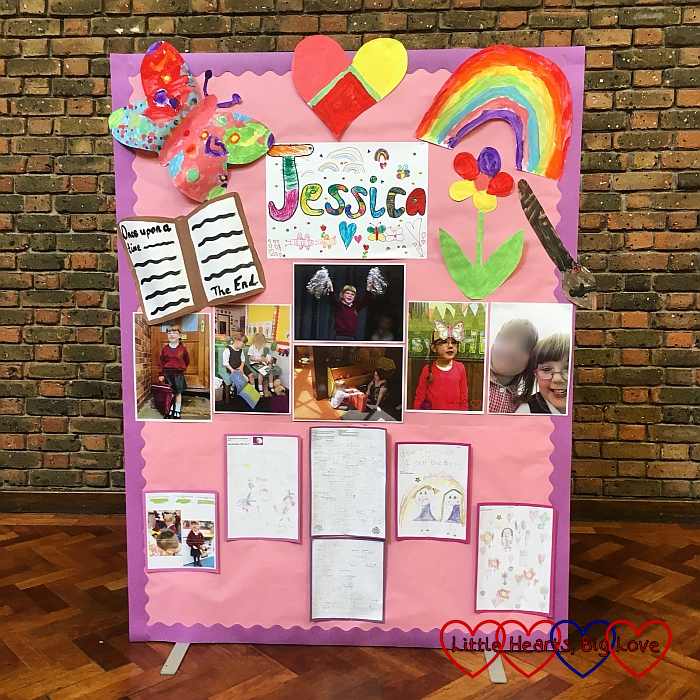 We were able to go to Southampton to speak to Jessica’s cardiologist and the cardiac nurses earlier this week. The surgeon who performed Jessica’s last surgery also happened to be on the ward and was able to join in with the discussion too which was very helpful. We discussed the concerns that we had had with Jessica being unwell on and off for the last few weeks of her life, going over the various conversations that we had had with health professionals, the symptoms that Jessica had shown and the treatment she had been undergoing. Going over all the “what if’s” that had been going around in our minds.

The discussion was reassuring in many ways. We had been concerned that Jessica perhaps had gone into heart failure. However, we were told that this would have been more gradual and sustained – she wouldn’t have had days of showing improvement in the way she had. Most of the things that were likely to have caused concern after the Fontan were things that would happen more gradually or that would have been much more likely to occur in the days following her op or years later – not three months later. Her collapse at home was so sudden and unexpected that even if she’d been in PICU when it happened, it was unlikely that the outcome would have been any different. There was nothing that we’d missed, nothing that we did that we shouldn’t have done, nothing that we should have done differently.

As yet, we still don’t know what caused Jessica’s death. Jessica had her post-mortem last week and we were told that the cause is still unknown and we are now waiting for results from tissue samples. The team at Southampton felt that things that would have been the most likely cause for such an acute collapse, such as a blood clot or an aneurysm, would have been obvious on post-mortem without the need to look more closely at tissue samples. They have prepared us for the fact that we may not get any clear answers; that we may never know what caused Jessica to pass away so suddenly.

This week has been mostly focused on all the practical arrangements that need to be made. We have chosen the location of Jessica’s forever bed in a pretty woodland burial ground and started making the arrangements for her funeral on 18th May. It has been a very emotionally draining week and reality has hit us hard at times. All we can do though is take each moment as it comes, holding fast to the wonderful memories that we have, moving forward one tiny step at a time.

Things that have made me smile over the last two weeks 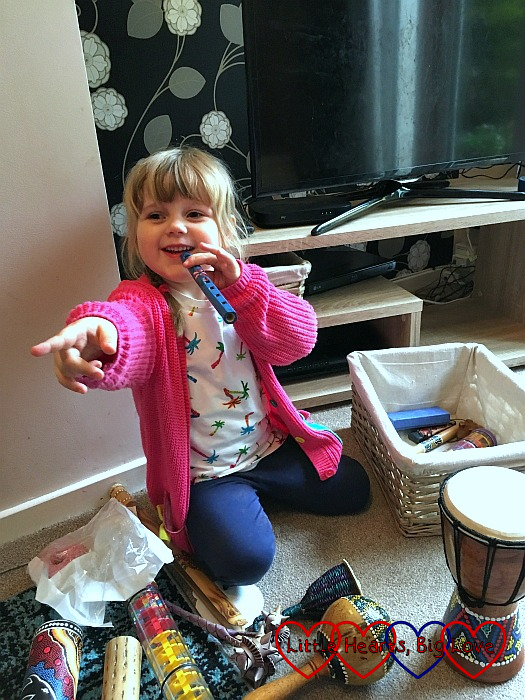 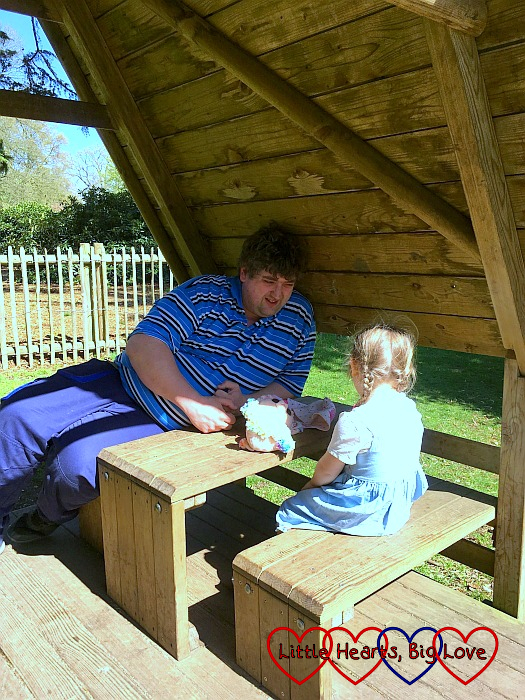 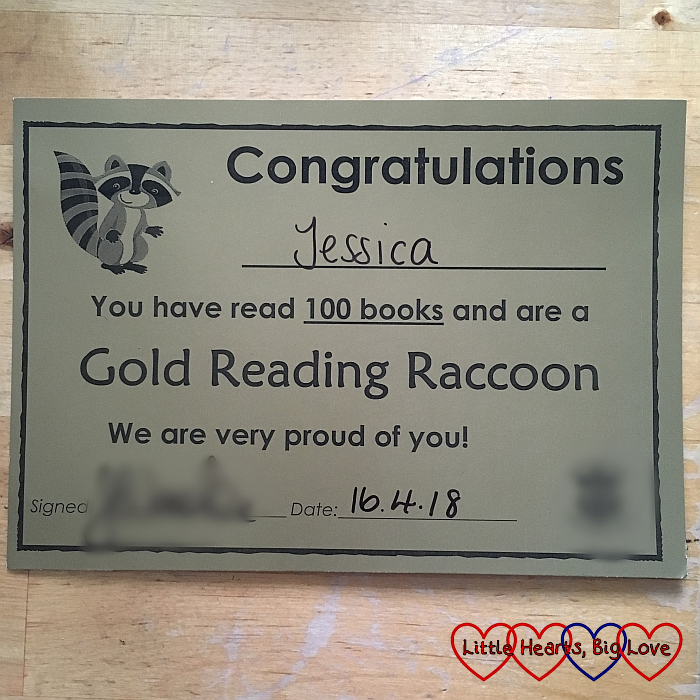