Today’s BEDAOutmumbered prompt invites us to share a special memory. Some of my most beautiful memories come from my wedding day which was a truly magical day. Naturally most of these memories are of myself and hubby sharing some very special moments. The ones I’d like to share today though are those with my dad. 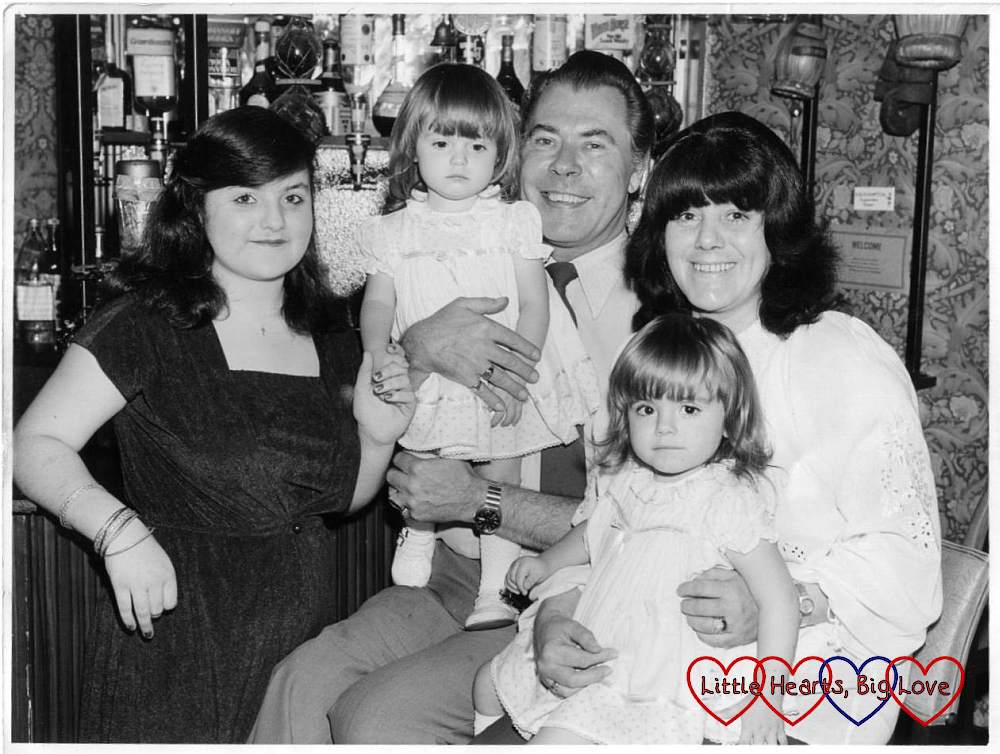 My dad and I were very close. I was always described as being a “daddy’s girl” when I was a child. It was generally my dad I ran to if both parents were about and I fell over or needed comforting about something. During my time at university, Dad was diagnosed with Parkinson’s disease. By the time of my wedding in 2009, he was also suffering from dementia. He was wheelchair bound, partly due to the Parkinson’s but also because he’d had a leg amputated some years before I was born as a result of a wound received during his time in the navy.

I had hoped that my dad would be able to walk me down the aisle on my wedding day. As the day drew nearer, it became clear that he would not be able to do this. My brother stepped in instead. It was Dad though who travelled with me in the car from my flat. The journey to the church was a bit of a blur.  I remember Dad squeezing my hand the whole way and telling me that I looked beautiful and that he loved me.

The speeches were a real struggle for Dad – he got so easily confused. Mum had to prompt him many times during the short speech he managed to make. There weren’t many dry eyes by the time he had finished. His last line was one of the few unprompted ones and was straight from the heart: “I just want to tell my daughter how much I love her.”

We had a video made of our wedding day, something Michael had been insistent on. I’m so glad now that we did because Dad died five months later. Whenever I really miss him, I can put the DVD on again and hear his voice telling me how much he loves me. Love you too, Dad and miss you always.

Linking in again with Emma at Outmumbered:

17 thoughts on “Memories of my dad”