For some reason, the insects in my garden seem to really like me. Sometimes it seems I only have to be in the garden a short time and I end up covered in horrible itchy bites. When I was offered the chance to try a Zap-It! device to ease the itching caused by insect bites, I decided to give it a try. 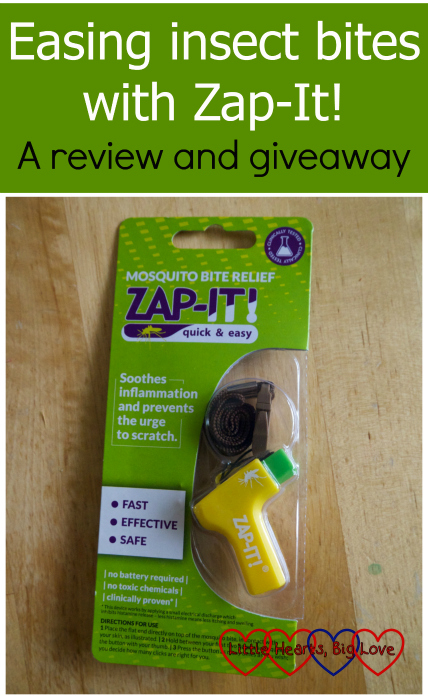 Scratching bites is something that I know I shouldn’t do. It floods the area with histamine, making the itching and swelling from the bite even worse as well as increasing the risk of the bite becoming infected. I often react quite badly to insect bites and I am sure I often make that reaction worse by not quite managing to resist the urge to scratch despite using anti-histamine cream to ease them.

I could have done with something like Zap-It! earlier this summer when the bites were at their worst. It’s a safe, clinically tested, small piezo (meaning to squeeze or press) device which generates a harmless and mild low electrical impulse to deliver a little “zap” to the bite which helps stop the itching. The electric impulse is created by crystals (the same technology that is often used in clocks, lighters and guitar pickups) and isn’t uncomfortable or painful. It feels like a gentle pinch to the skin. 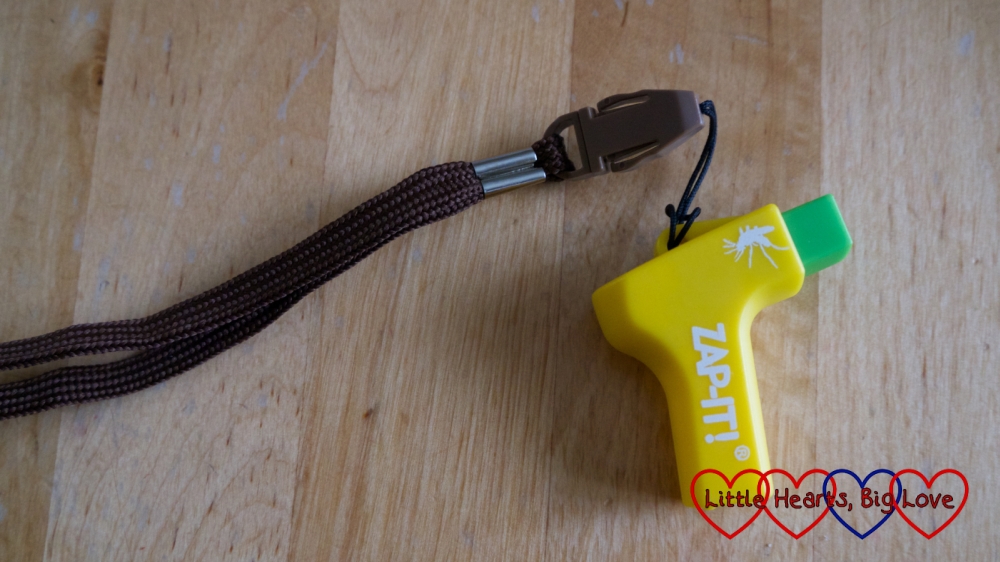 According to a study by the London School of Hygiene and Tropical Medicine, Zap-It! works through reducing histamine flow (which eases the itch) and helps stimulate the capillaries to flush out toxins from the bite.

Typically since I received my Zap-It! the insects seem to have left me mostly alone! I’ve only had a couple of small bites but the Zap-It! helped to relieve the itching from these. I am sure it will be very useful in the early part of the summer (when I seem to get the worst of the bites) next year – and as it lasts for up to 1000 bites, it should see me through a few summers at least!

Zap-It! can be used by all the family, as and when required. However, it is not recommended for use on children under the age of 4 or anyone with a pacemaker fitted. Jessica does not have a pacemaker but I would be hesitant to use this on her because of her heart condition. I have used it myself with no adverse effects though.

Zap-It! is available from selected health stores, pharmacies, garden centres, all Asda shops and Superdrug, and retails from £5.95. Zap-It! is also available online from www.amazon.co.uk

The Zap-It team have offered one of my readers the chance to win their own Zap-It! . To be in with a chance to win, please enter through the Gleam form below. The competition is open to entrants from the UK only. The winner will be chosen at random after the competition closes at 23.59pm on 20th August 2017. For full terms and conditions, please click the link on the Gleam widget. Good luck!

I was sent a Zap-It device to review for this post. All thoughts and opinions are my own.

Win a Zap-It! device for easing the itch of insect bites 2 thoughts on “Easing insect bites with Zap-It! – a review and giveaway”