Disclaimer: we were invited to the VIP launch event of Putt Crazy to try out the two crazy golf courses. All thoughts and opinions are my own.

We’ve only played crazy golf two or three times as a family. It’s one of those things I always seem to associate with seaside holidays – and the few times we have played it since having children have been while on a holiday or weekend away.  It was one of the things that Sophie really enjoyed when we stayed at Coombe Mill, but it would never have occurred to me to see if there were any crazy golf courses locally. We were recently invited to try out a new crazy golf course, Putt Crazy, in Northwick Park at their VIP launch event. 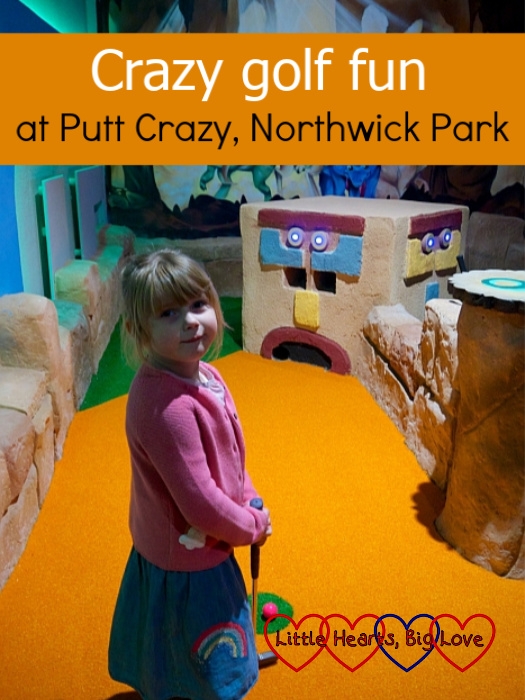 Putt Crazy is a Mayan-themed indoor crazy golf experience. There are two 9-hole courses – one aimed at kids and a more challenging one for the adults.  We started off with a game of crazy golf on the Putt Crazy Kids course. 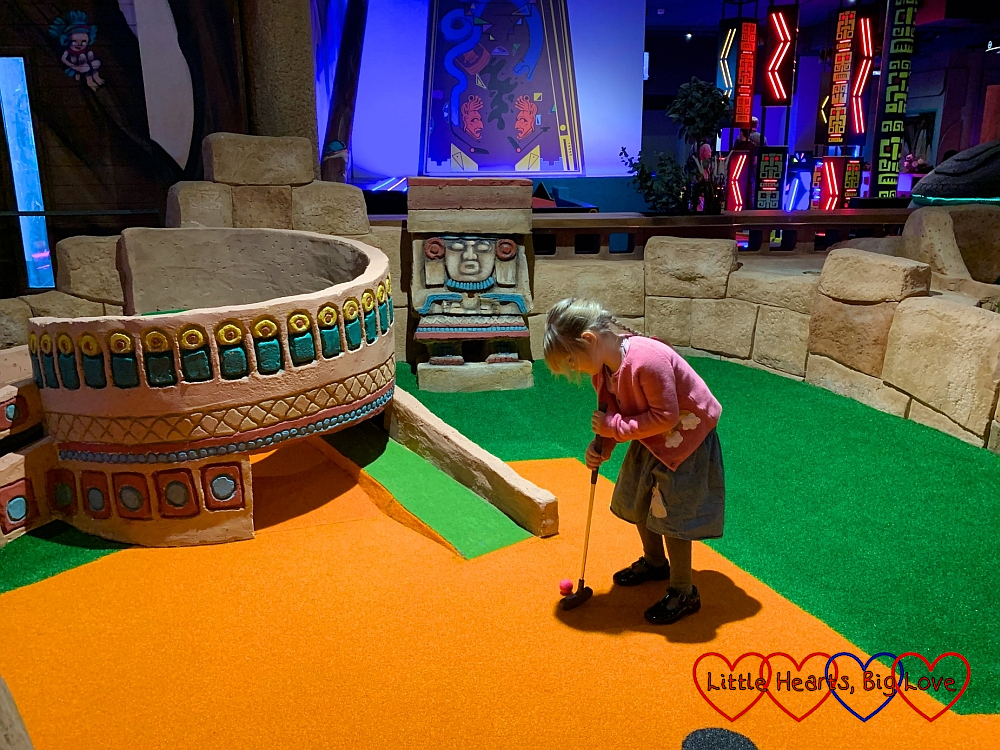 We loved the different obstacles and structures at each of the holes. Our favourite one had to be the one where the ball travelled down a set of “steps” made out of four drums and a cymbal. We ended up replaying that hole a few times trying to make the ball hit each of the drums! 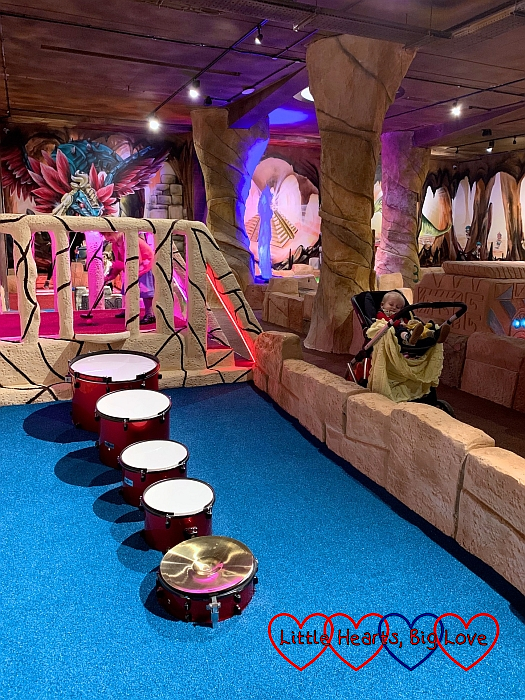 Given that Sophie had only played crazy golf a couple of times before, she was surprisingly good at it. Each player has six shots on each hole but most of the time Sophie managed it in two or three shots. She was very chuffed to manage a hole-in-one a couple of times, something I didn’t even get close to achieving. It took me several attempts to get the ball in on every single hole. Sophie beat me easily. Her final score over the 9 holes on the kids’ course was 25. Mine was 39. 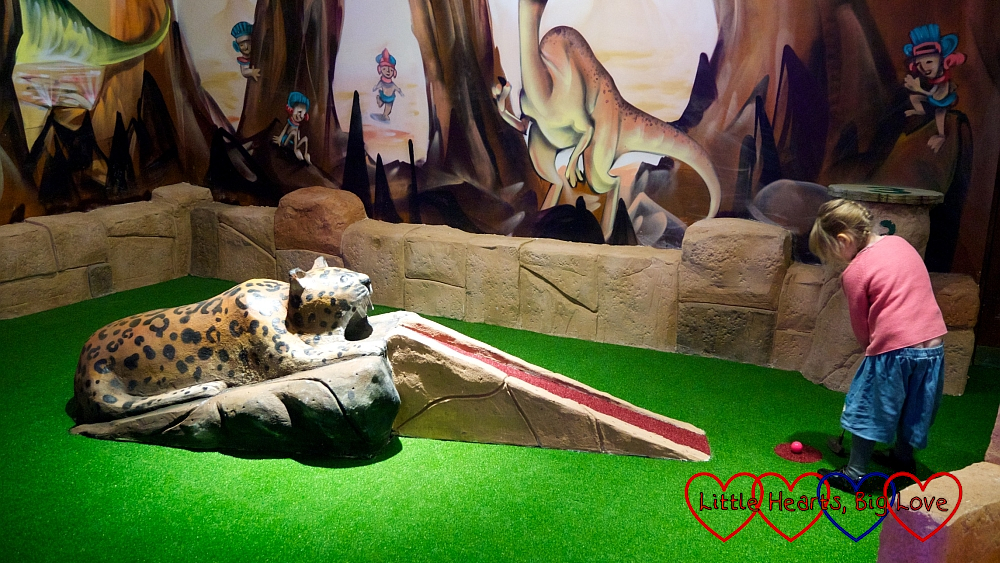 Once we’d finished on the kids’ course, Sophie was eager to try out the adult one. Some of the holes on this course were quite tricky but Sophie managed them. It was lovely to bump into my blogger friend Mel from Le Coin de Mel while working our way around the adult course too. 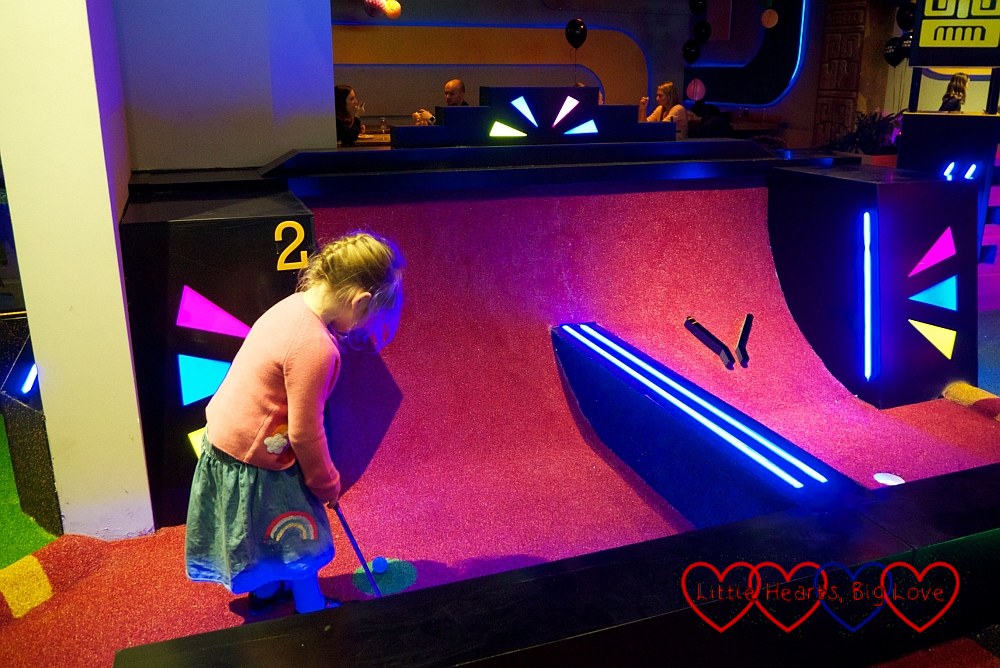 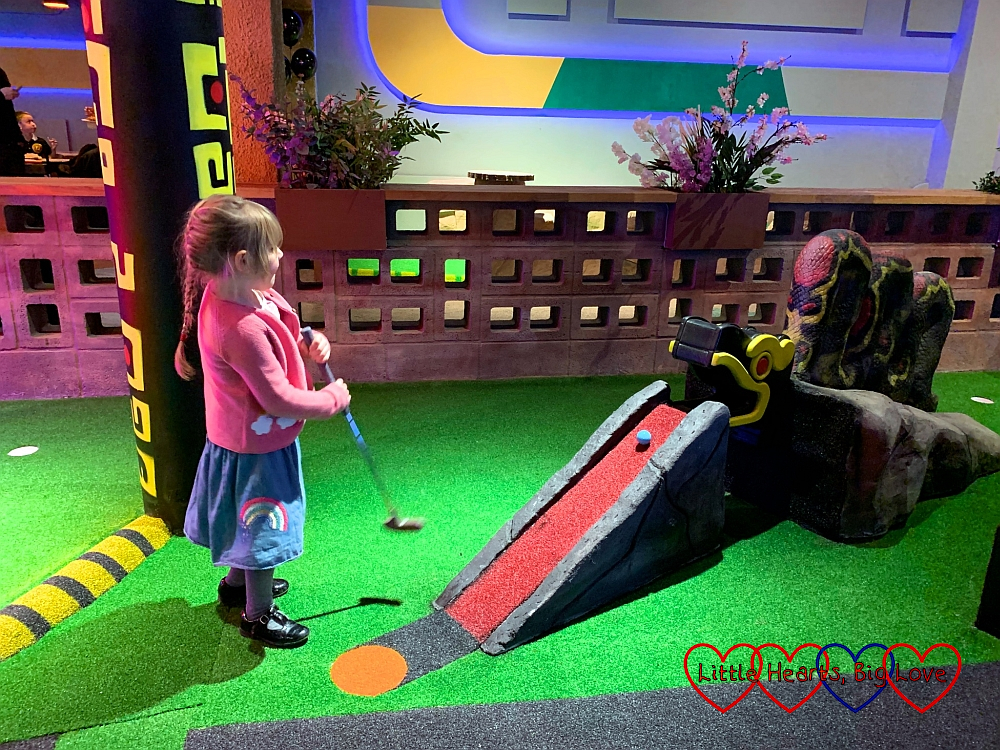 Thomas had fun, although he is too young to join in with the crazy golf. Sophie did try and show him what to do but he was much more interested in trying to pick up the ball and drop it in the holes himself rather than trying to hit it with the golf club. He did have fun trying to roll a balloon around one of the holes at one point though! 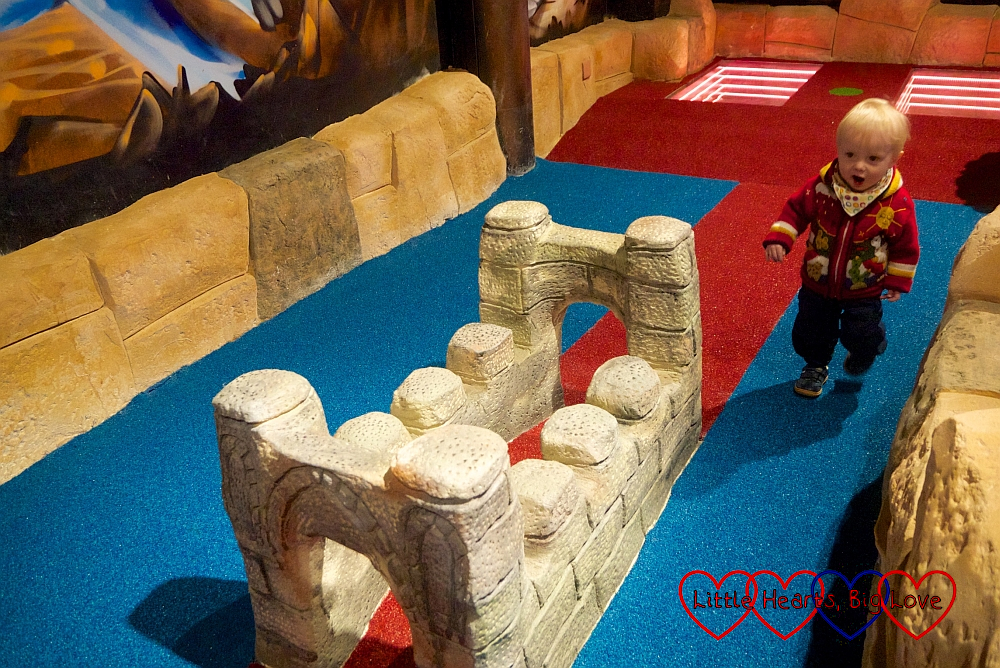 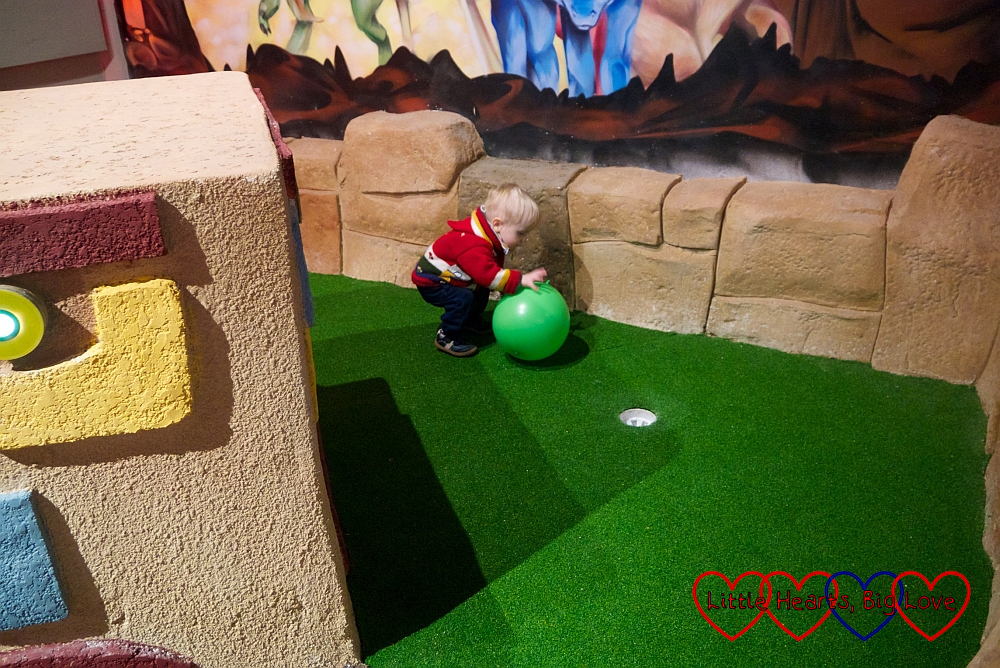 We also enjoyed the party atmosphere at the VIP launch party. Sophie loved being able to make herself a necklace and bracelets out of glow sticks (she also made herself a glow-stick hula hoop at one point!). She loved all the colourful lights around the crazy golf course and dancing along to the music. We enjoyed trying out a selection of the Indo-Italian cuisine on offer, which included samosas, pizza, spring rolls, potato wedges and garlic bread. Sophie was much more interested in the milkshakes, smoothies and ice-cream that were on offer though! She loved being able to have a big strawberry milkshake with cream on top. 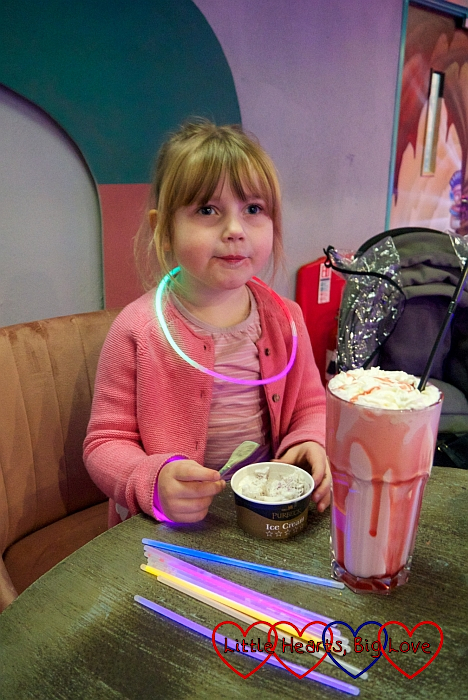 We finished off with another go around the kids’ course before it was time to head home. Sophie thoroughly enjoyed herself and I am sure that we will be back again for some more crazy golf at Putt Crazy in the not-too-distant future, especially as Daddy ended up missing out this time around due to being away for work.

Visiting Putt Crazy – what you need to know:

Putt Crazy is open from 12pm until late on weekdays and from 10am until late at the weekends. For more information on opening times and prices, click here.