I used to visit Chiltern Open Air Museum fairly often before having my children as it was a lovely place just to go for a walk even without looking around the various historic buildings there. Since Jessica’s arrival though, we’d only been once, when I took my twin sister and her children there for a day out. With the arrival of some lovely sunny weather, I thought it was time we paid another visit. 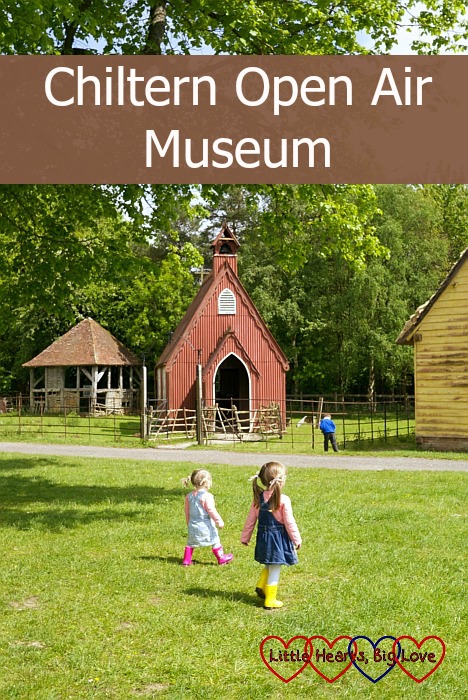 The museum is set in 45 acres of fields, meadows and woodlands with the buildings having been rescued from various locations around the Chilterns area before being rebuilt at the museum. There is also a small working farm at the museum and Jessica was quite excited about seeing the sheep and the ‘baby lambs’ and so we headed to the field first so she could see them. 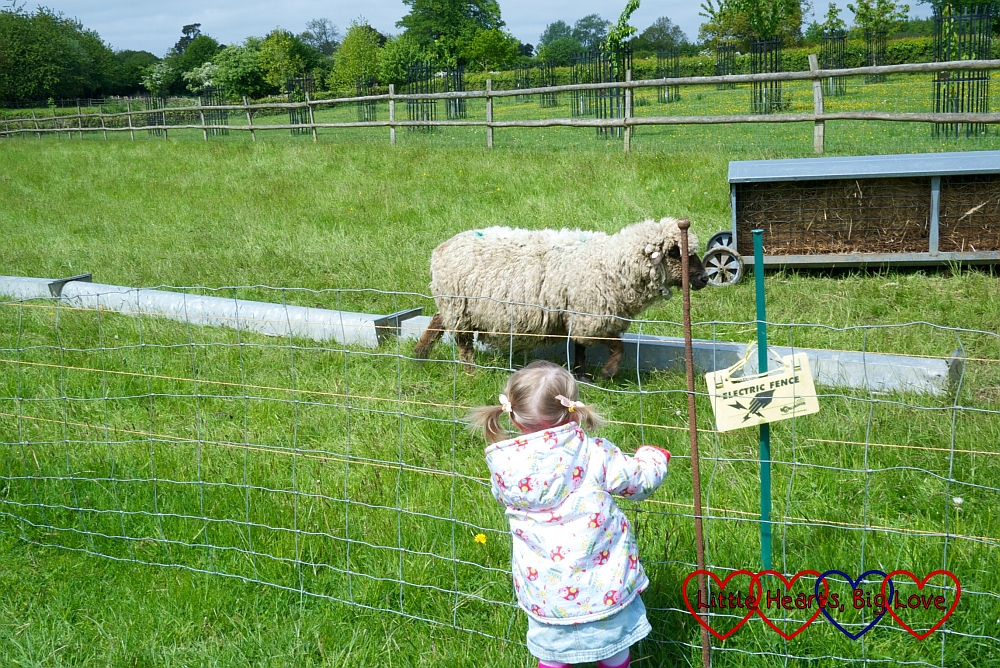 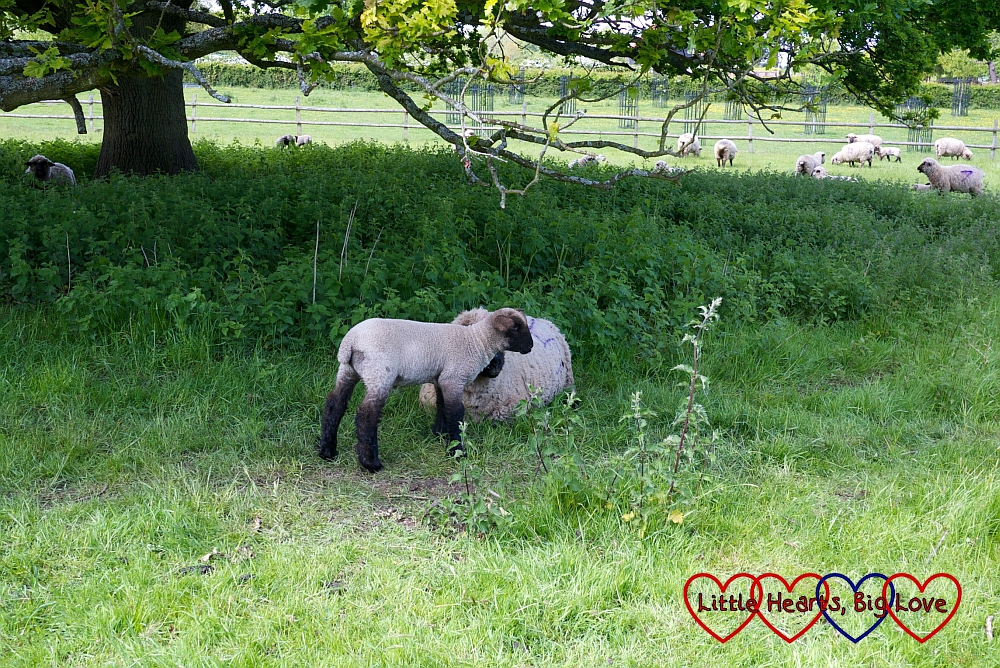 Having said hello to the sheep and lambs, we then had a look around the Amersham Prefab which is set up to show life around 1950. In the back bedroom there are children’s toys from the period and the girls both enjoyed having a good rummage in the toy chest. Sophie was quite taken with the ride-on wooden horse which was just the right size for her whereas Jessica was more interested in the wooden pinball machine and marbles. 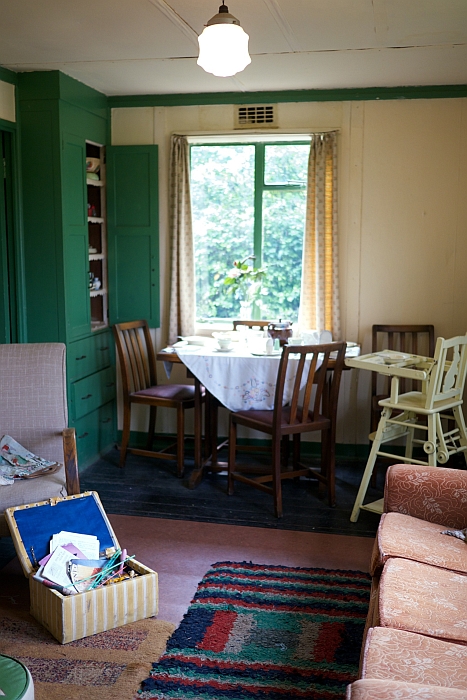 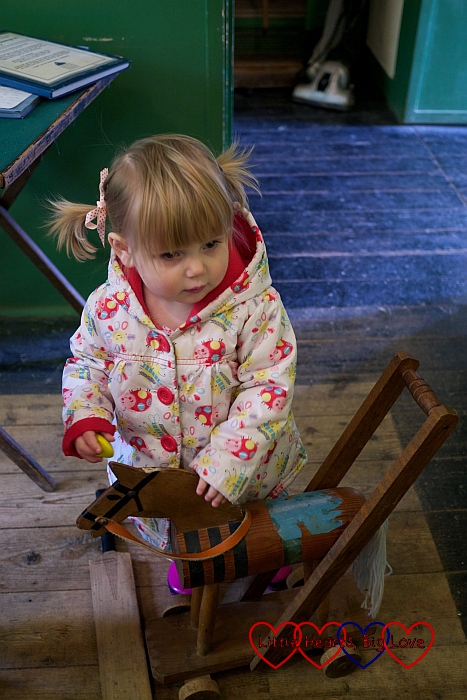 The nearby Nissan hut set up as an RAF briefing room was of less interest to the girls. They spent a couple of minutes pressing the buttons on the typewriter and pretending to talk on the telephone before wanting to head back outside, where we made our way towards the village green. 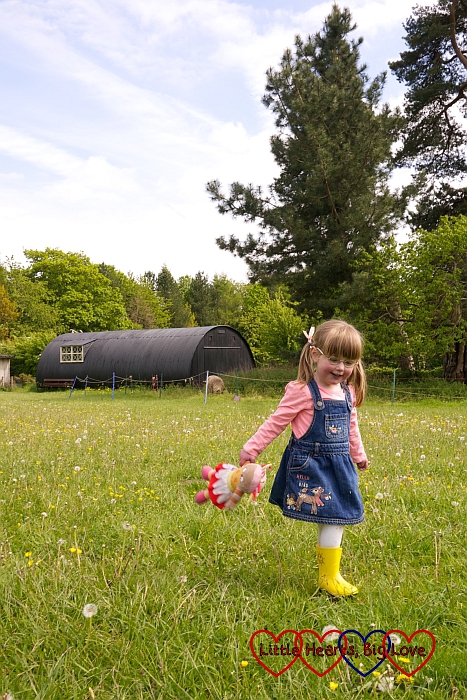 The village green is my favourite bit of the museum as it is such a lovely spot to sit and have a picnic whilst being surrounded by old buildings. The Thame Vicarage nearby, set up like a Victorian schoolroom, was probably the girls’ favourite building as there was another chest of toys for them to play with as well as some Victorian costumes that they could dress up in. I thought they both looked quite adorable wearing Victorian bonnets! 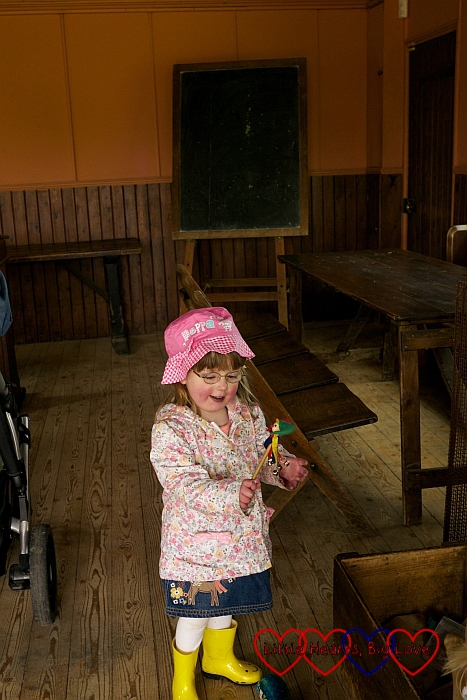 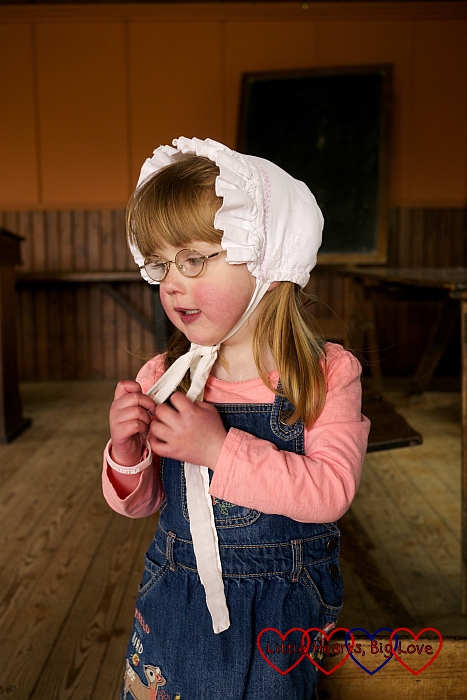 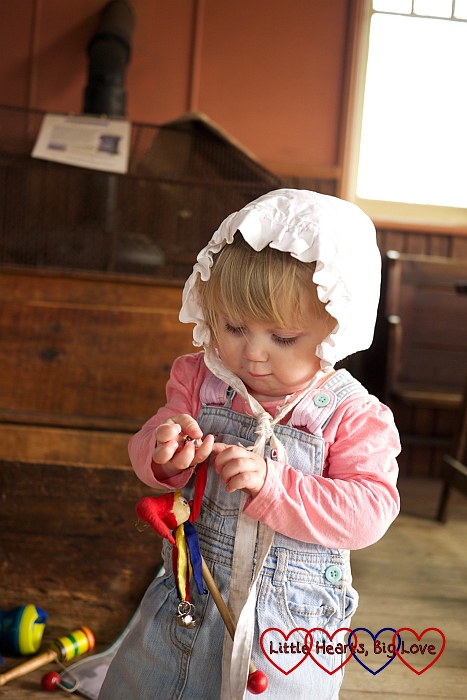 Jessica also quite liked the Henton Mission Room – a tiny tin chapel and found the harmonium especially interesting. She wanted to try and play it like the piano at home and kept trying to duck under the rope when I wasn’t looking!

After leaving the village green, we headed toward the playground which was a big hit with both the girls. They were a little small for most of the play equipment there though and trying to help both of them climb up whilst also making sure they didn’t fall was somewhat challenging at times! 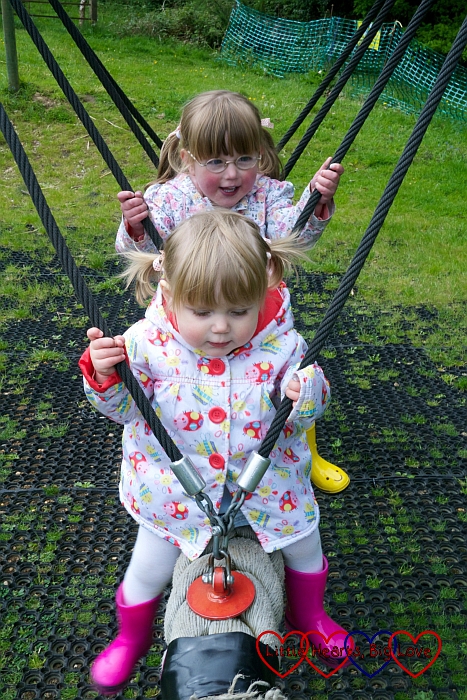 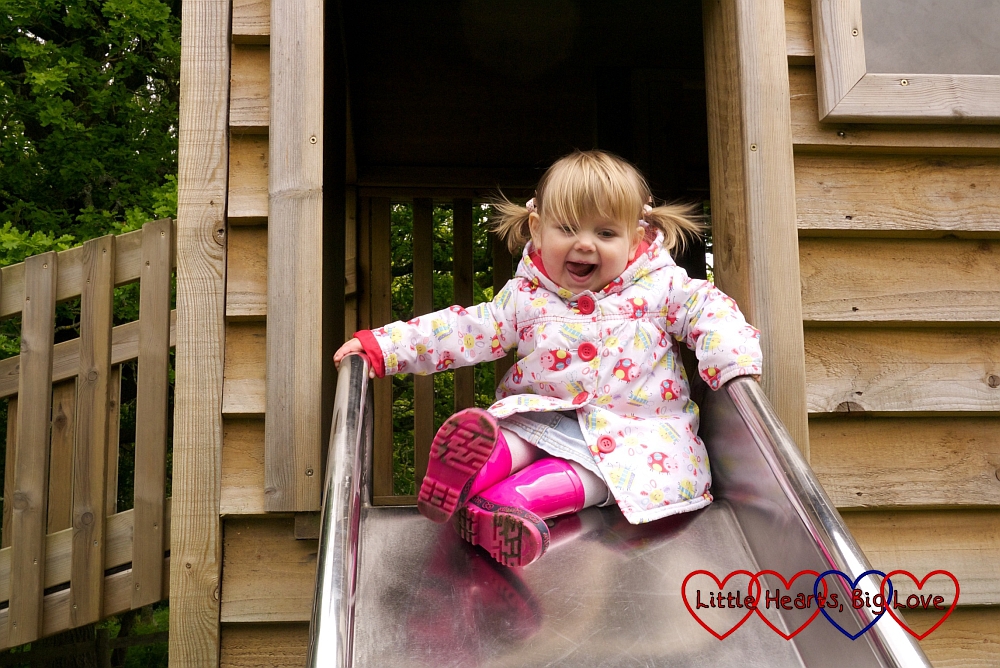 There were more animals down at the farm near the playground and we saw some chickens and cows. 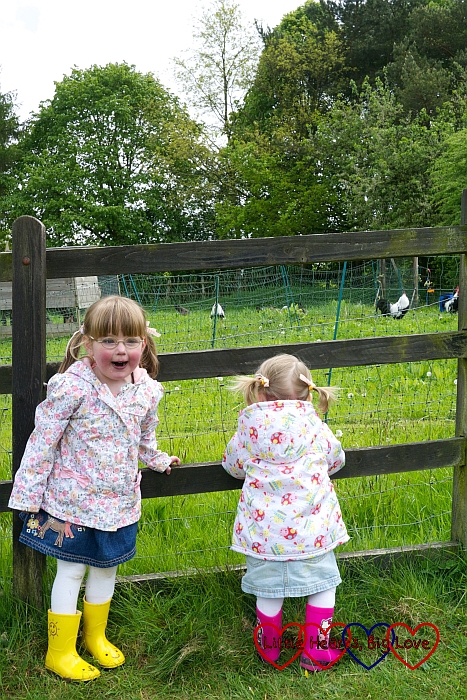 The girls both enjoyed having so much space to be able to run around and explore. It was wonderful to watch them wandering along holding hands together, collecting stones that they found along the way and blowing dandelion clocks. The walking and running about certainly tired them out as both girls slept soundly in the car on the way home! 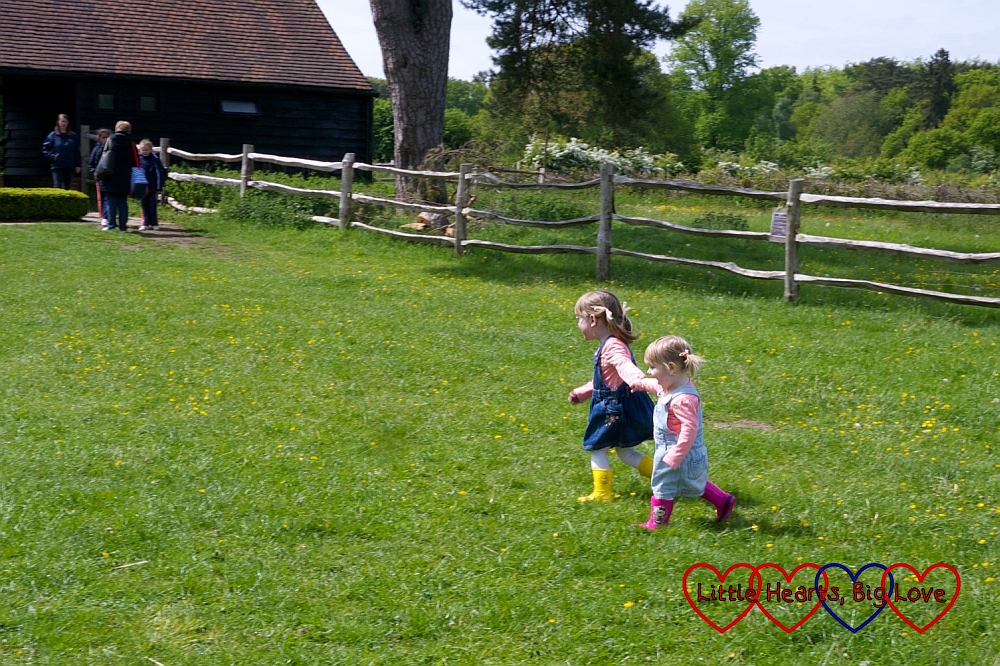 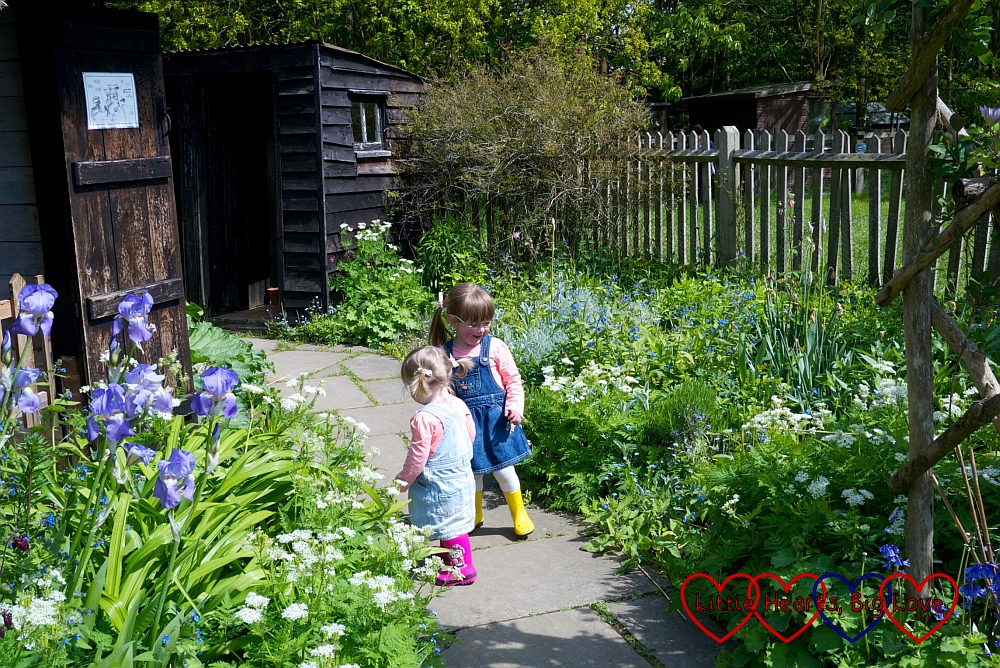 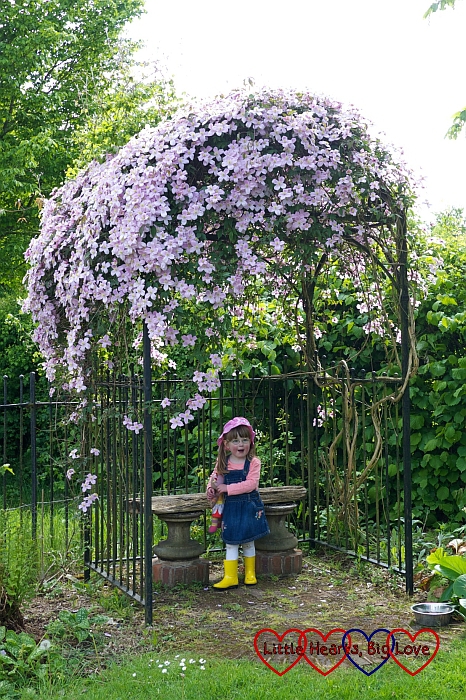 Standard price entry to the Chiltern Open Air Museum costs £9.50 for adults and £6 for children aged 4 and over although it is a little cheaper on weekdays in term time at £8 for adults and £5 for children. I decided to buy an annual pass which costs £26 for the year (£16 for children – although we don’t need to worry about this until Jessica turns four) which I thought was good value. It is certainly somewhere we are likely to visit frequently over the summer, especially as there are various events taking place some weekends. There will also be extra themed family crafts and activities happening on Tuesdays during August which sound like they could be fun.