One of Jessica’s favourite things at the moment is drawing – she loves it so much that there are times when I struggle to keep up with her demands for more paper!  Last week, we were invited to the launch of BIC® Kids DrawyBook app – a free interactive app for smartphone and tablet which helps bring children’s drawings to life through augmented reality technology.  It sounded like something that Jessica would love and so we headed into London to check it out. 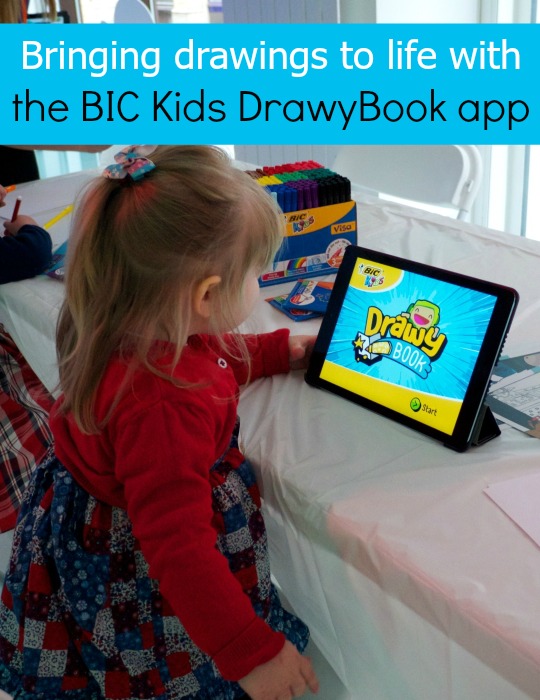 The Drawybook app features the story of Marty, a young boy who longs to go to space.  One day, while camping outside in his garden, a spaceship crash-lands nearby and an alien appears.  Marty helps take the alien back to his home planet and has a few adventures along the way. 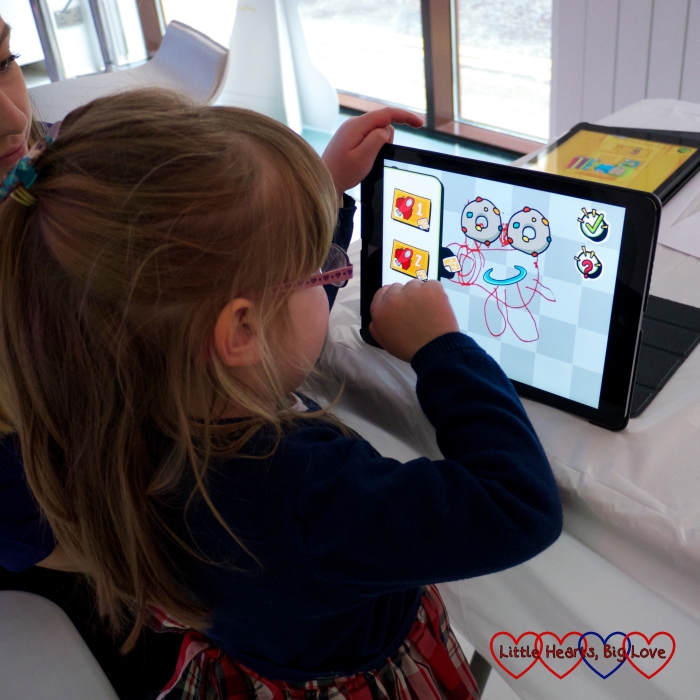 As the story unfolds, there are various activities to help bring the story to life – from helping steer the rocket through a meteorite shower, to feeding the alien and helping mend his spaceship, whilst collecting star points along the way.  There are various points within the story where you are prompted to draw and colour a picture, take a photo and then upload it to the gallery to be used in the next section of the story.  You can also add stickers to the drawing before it is uploaded and used in the story. 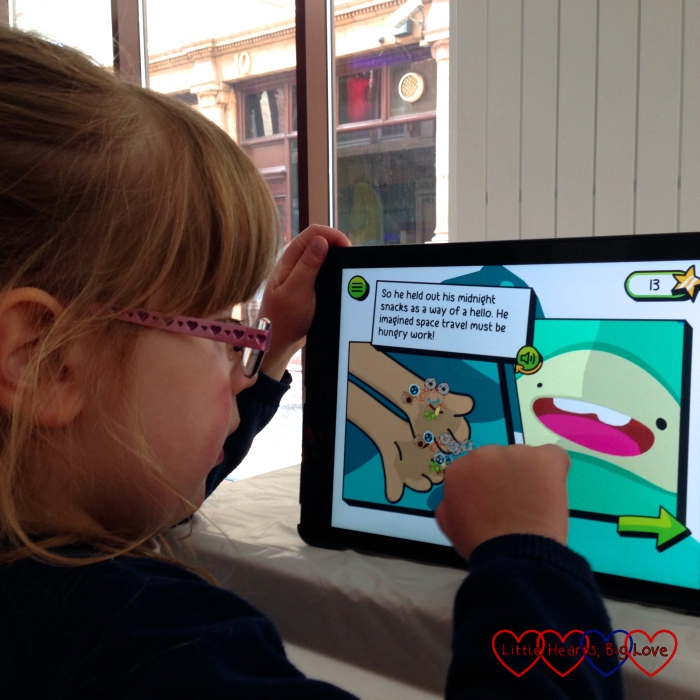 This was Jessica’s favourite part of the app and she loved seeing her drawings come to life and become part of the story.  She especially loved the part where her drawings became food being offered to the alien and each time he ate one, he gave a big BURRP! 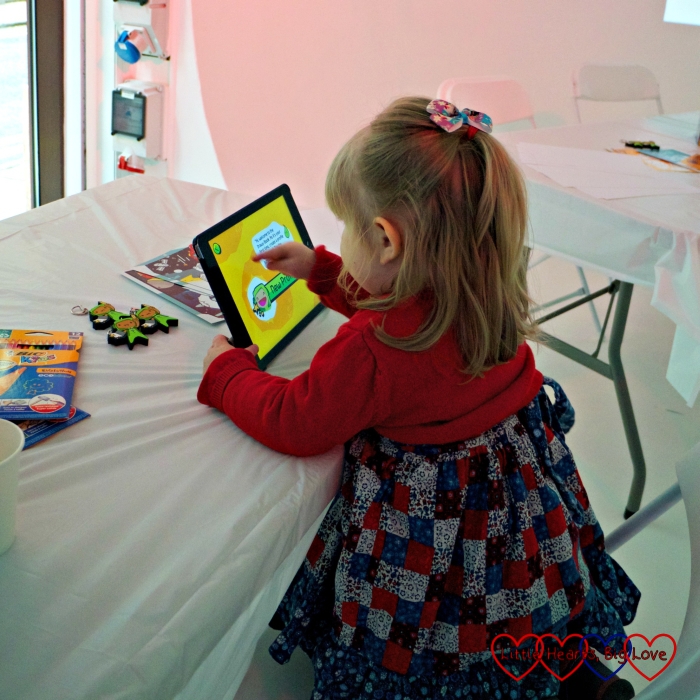 The DrawyBook app is aimed at children aged between 5 and 10.  At 4, Jessica is a little young for the app but she didn’t have too many problems using it on an easy setting, and even 2-year old Sophie had a go (although tended to keep going back to the home page rather than managing to work her way through the story!)  There are varying levels of difficulty – and I have to admit that I did struggle to steer the spaceship through the meteorites on the hard setting!

You can also use the Drawybook app with a colouring book which contains nine scenes from the story which can be brought to life.  The colouring books are available at a RRP of £9.99 – unfortunately, we didn’t get the chance to try them out at the launch as there were only a few copies available to look at rather than try out with the app. 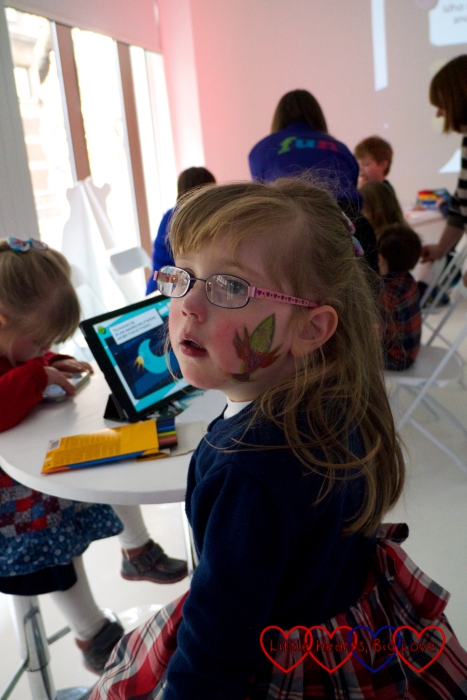 The girls both enjoyed themselves at the launch – they had their faces painted and got to pose with cut-outs of Marty, his dog and the alien – plus enjoyed some space-themed food including these rather yummy cupcakes. 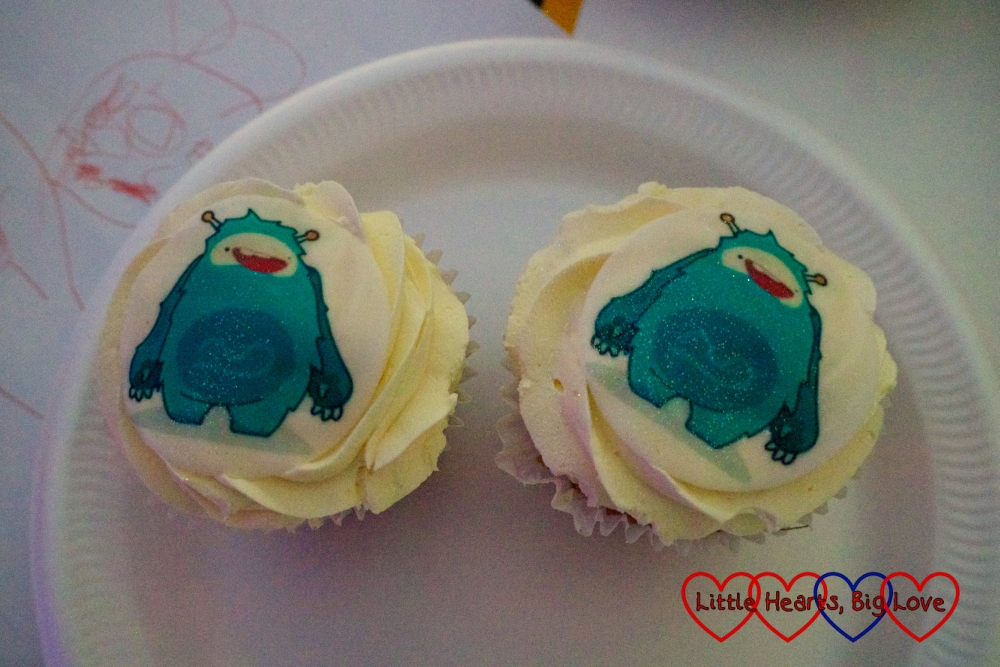 Jessica has used the app a couple more times at home since we attended the launch.  Whilst she enjoys listening to the story being told on the app, she’s quite keen to get to the bits where she can bring her drawings to life.  She gets a little frustrated though at having to work through the story first as there is no option to skip ahead.  Once she gets to the part where she gets to start drawing and colouring, she’s very happy! 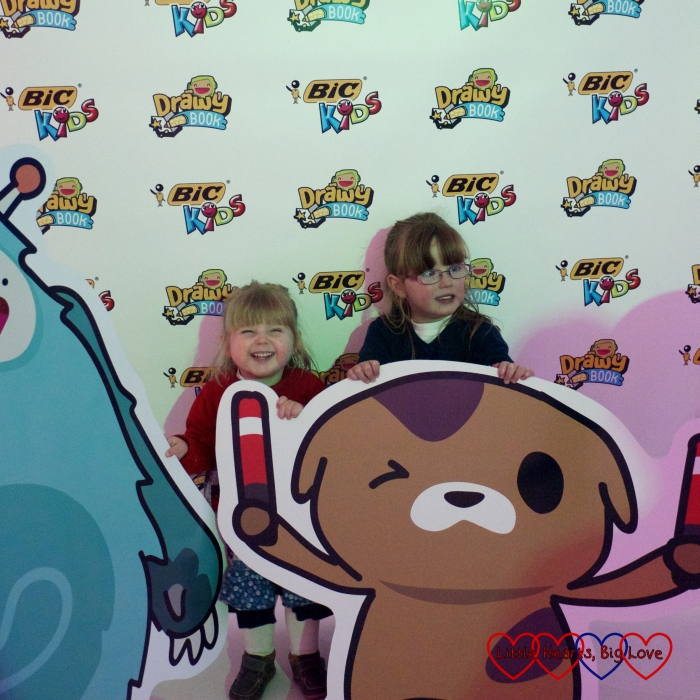 The BIC® Kids Drawybook app is available on iOS and Android and you can find out more about it on the BIC® Kids website.