I have two mini ballerinas on my hands this month – my girls are going through a phase of wanting to dress up in their “ballet skirts” and dance around together.  The LEGO Friends songs and the Frozen soundtrack seem to be their preferred dance music at the moment and I love watching them both dancing and singing along.  I have to confess that I quite often join in with them too!  I really must look into ballet classes for them both! 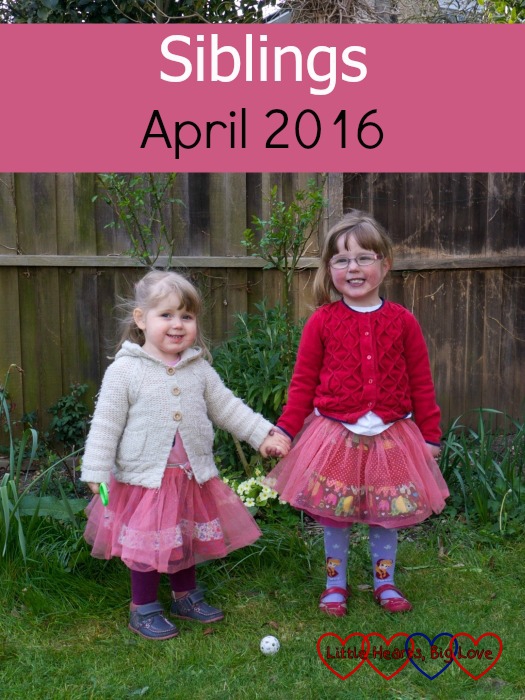 There’s been a subtle shift in the way the girls play together this month – all of a sudden they seem to be playing side by side as equals – there might be the occasional moments when it is clear that Jessica is the big sister and Sophie the little one, but most of the time they are just two little girls playing happily together without one leading and the other following.  They’re better at dividing the toys between them, sharing them and passing toys over that the other one wants.  Of course, there still are the moments when they argue and both want to play with the same thing, but they are getting better at taking it in turns and sharing with each other.  I particularly loved seeing them both taking turns on a rocking horse earlier in the month – Jessica starting off on it and counting to ten before getting off and letting Sophie have a go – with Sophie then doing the same.  It was wonderful to watch and so lovely to see my girls sharing and playing so nicely together. 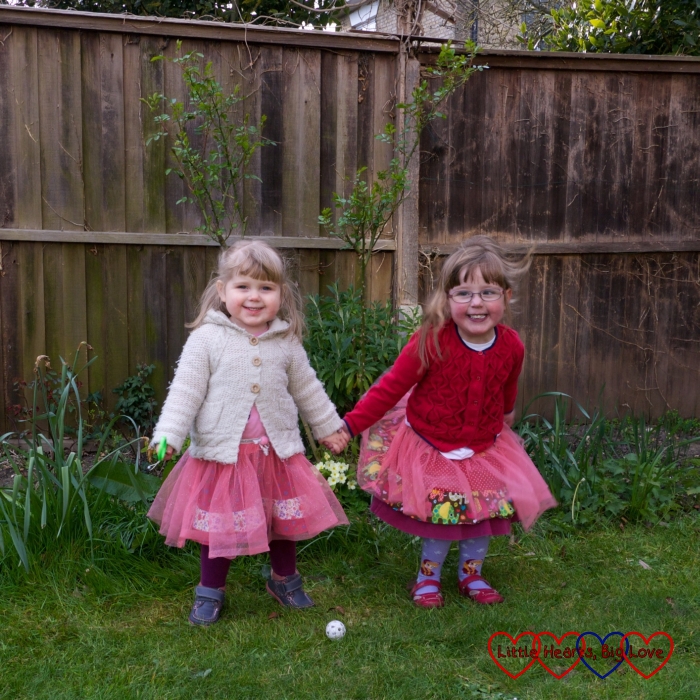 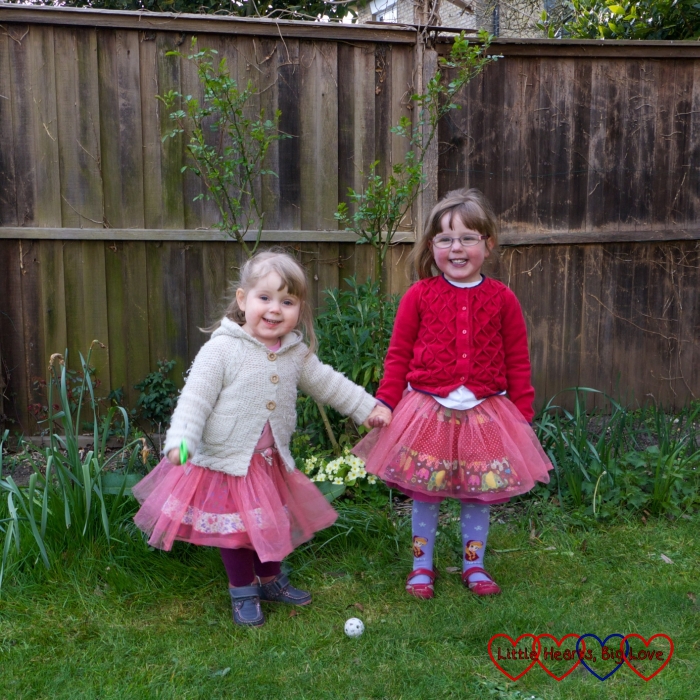