There are a few things I missed out on a little when I was pregnant with Jessica.  NCT classes, baby shows, decorating the nursery – things that I just couldn’t face doing when told her prognosis was so poor.  When I was recently offered a couple of tickets to go to the Baby & Toddler Show at Sandown Park, I thought it would be interesting to go and see what it was all about. 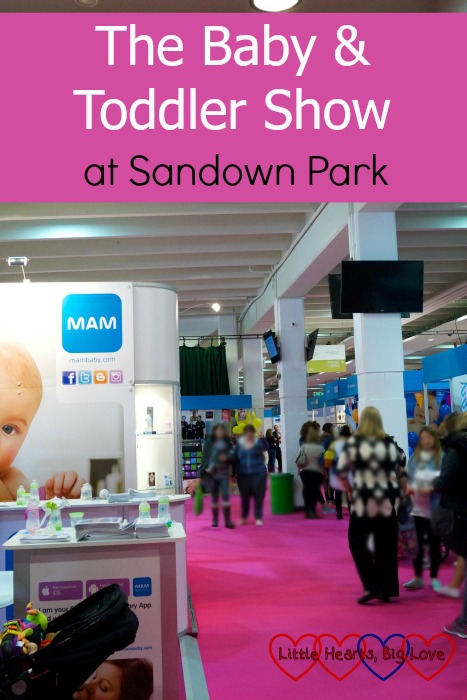 Admittedly, with my two little ones being four and two, I knew we would be somewhat outside the target audience and I wasn’t wrong.  Other than a few stands with various books and one or two with toys that grabbed my girls’ attention, there was really very little that was of current interest to me. It would have been a fabulous place to look around and compare different brands if I had been preparing for the arrival of a new baby though. 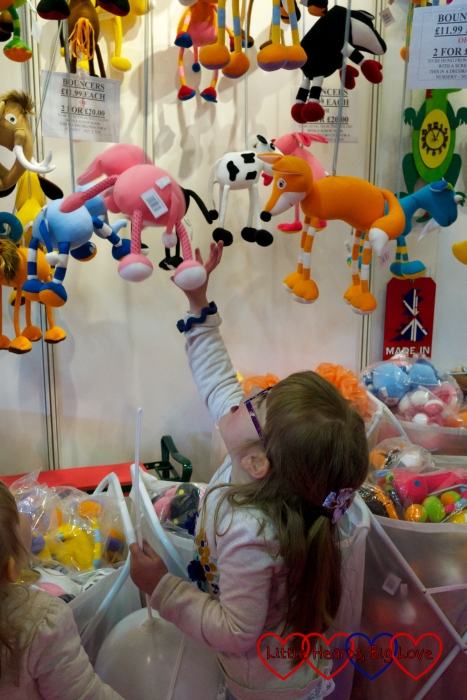 Nursery furniture, pushchairs and prams, feeding accessories (including high chairs) and clothes form the main part of the exhibition and there were certainly lots of different options to look at and try.  I found myself making a mental note of one or two things I’d like to look at again if we were ever tempted to have a third child.  There were also various workshops running during the day – covering birth choices, weaning, baby carrying, massage and water safety and a midwife available for free advice throughout the day. 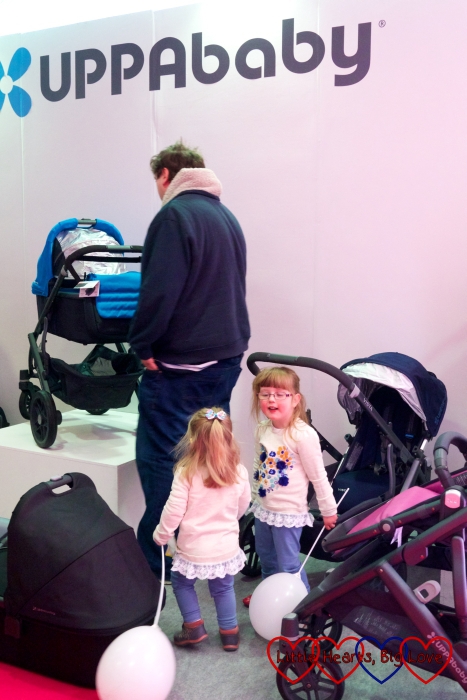 We couldn’t resist having a lot at the latest model of the pushchair we’ve used for the last four years – the UPPAbaby Vista.  We love ours and it’s still in good working order but the new model has a few improvements – including being much easier to collapse.  Our one big bugbear with the RumbleSeat (the seat which can be attached for a second child) has also been addressed.  The old version was too upright and non-adjustable, but the seat can now be tilted back which is a big improvement. Not that we’re ever likely to need it again but good to know just in case!

The girls’ favourite stand was the Usborne books stand where we couldn’t resist the Wind-up Bus book – a book with grooved pages and a wind-up bus which travelled around the streets of London laid out on the pages.  The grooved section of each page is also a big jigsaw piece which can be taken out to form a bigger map of London for the bus to travel around.  As we’ve also been trying to teach the girls’ French, we picked up a couple of books to help them with this and received a free phonics book for spending more than £30. 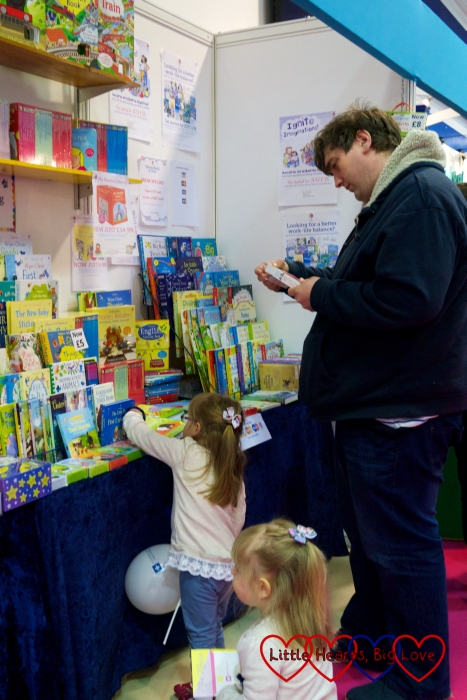 We finished off by attending a thirty-minute “Save a Baby’s Life” session run by the Royal Life Saving Society UK, focusing on choking and CPR.  It’s been a while since hubby and I had last done any training on these and it’s something which is always good to have refreshed.  Funnily enough, we’d had to use those skills the previous day when Sophie had choked on a sweet (which thankfully flew out of her mouth after a couple of back blows) so being reminded of what to do if that situation happened again was very useful. 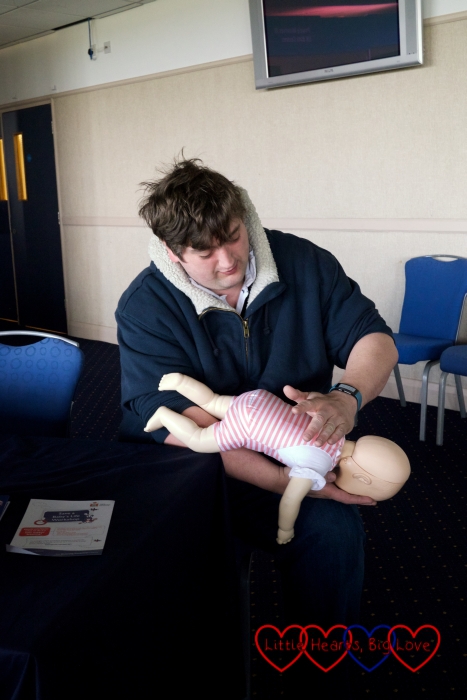 Before we left, we picked up our free goody bag which contained various leaflets and samples, including a newborn nappy, barrier cream, nursing pads and tummy butter.  I’ll be passing this on to a pregnant friend of mine, along with the free bottle we were given from the MAM stand when we first arrived. 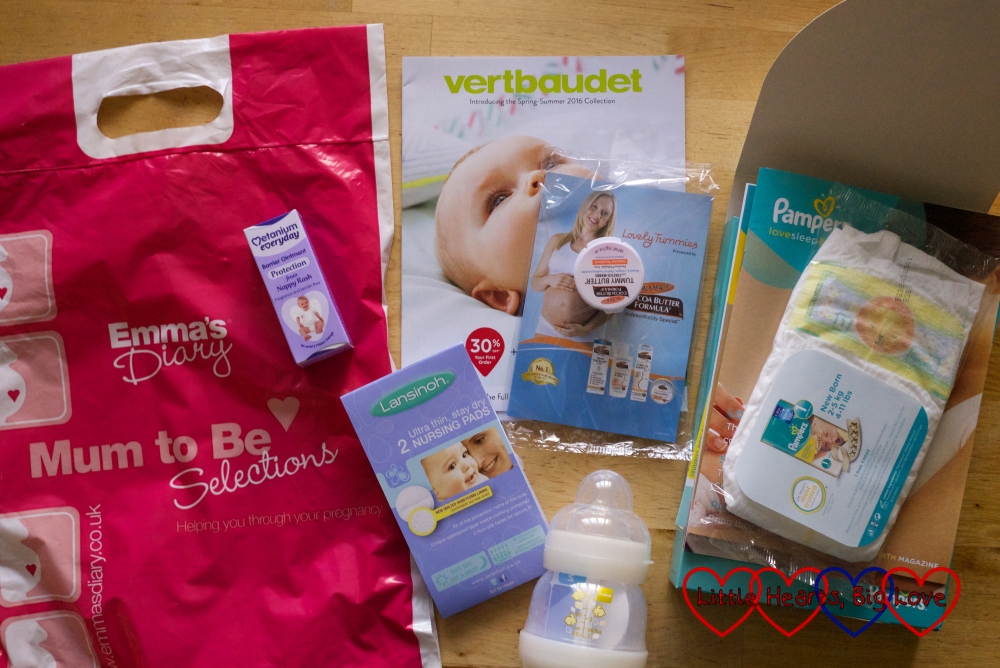 We were given complimentary tickets to attend the Baby & Toddler Show.  All thoughts and opinions are my own.

4 thoughts on “The Baby and Toddler Show”