A little trigger
Anger starts to simmer
Try to take a deep breath and calm down
Tension is growing
Anger’s embers are glowing
Shoulders tensing, jaw clenching and frown
Anger takes its hold on me
– mustn’t let it control me –
But the fuse is shrinking by the second
Muttering and glowering
Anger overpowering
It’s a mighty force with which to be reckoned
Another inch of goading
Anger harsh, exploding
Destructive, hurtful words of burning fury
As the red mist clears
There are salty tears
As the guiltiness and sorrow now run through me
Anger fast decreases
Picking up the pieces
With regret that this time anger had the victory
Soothing, tending
Anger ending
But the hurt it left cannot be healed so quickly 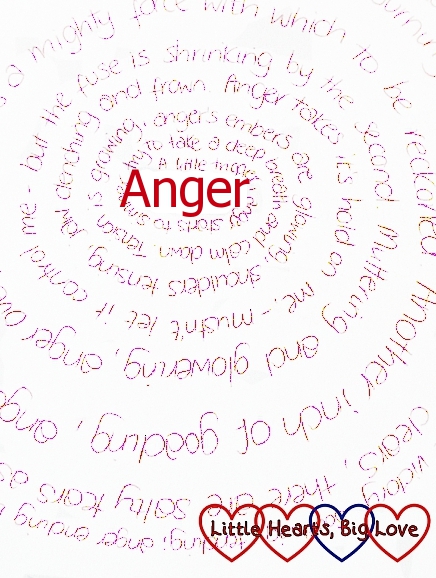 I originally envisaged this poem written in a spiral to represent the way anger spirals out of control. Here’s my hand-written version of it: 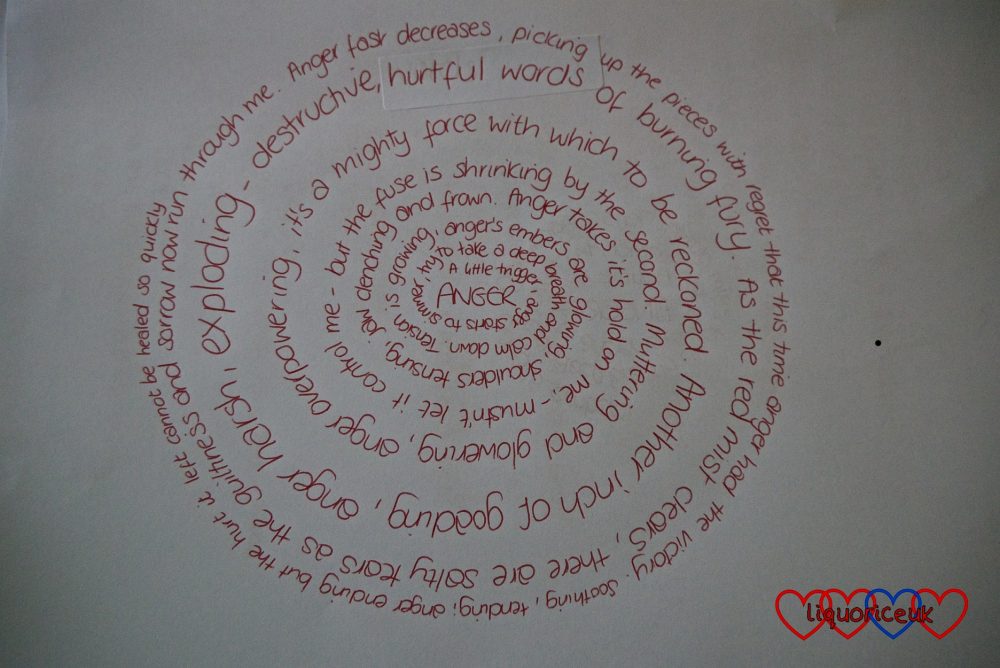 Joining in with mumturnedmom for this week’s prompt: “Anger”