One of Sophie’s summer activities requests was to go to the funfair. It was surprisingly tricky to find out if there were any fairs coming to our local area during the summer holidays. As luck would have it though, a friend had spotted a funfair setting up a few miles away and we managed to make it there for the last day before it moved on. 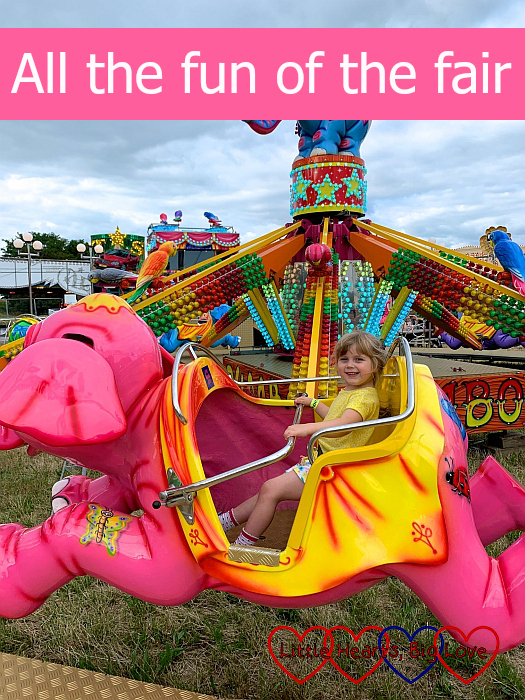 The cost of going on funfair rides can add up quickly. For this one though, there was an entrance fee. This gave you a wristband allowing unlimited rides within a three-hour session. The entrance fee for me as a non-rider was £4.99 and Sophie’s was £9.99 (unlimited rides for a child under 1.2m).

Days out like this with Sophie are always bittersweet. The first ride she wanted to go on was a little car ride. It brought back memories of watching her and Jessica laughing and having fun on a similar ride just before Jessica went into hospital for her last heart surgery. How I wish I could have been watching both my girls enjoy the funfair. 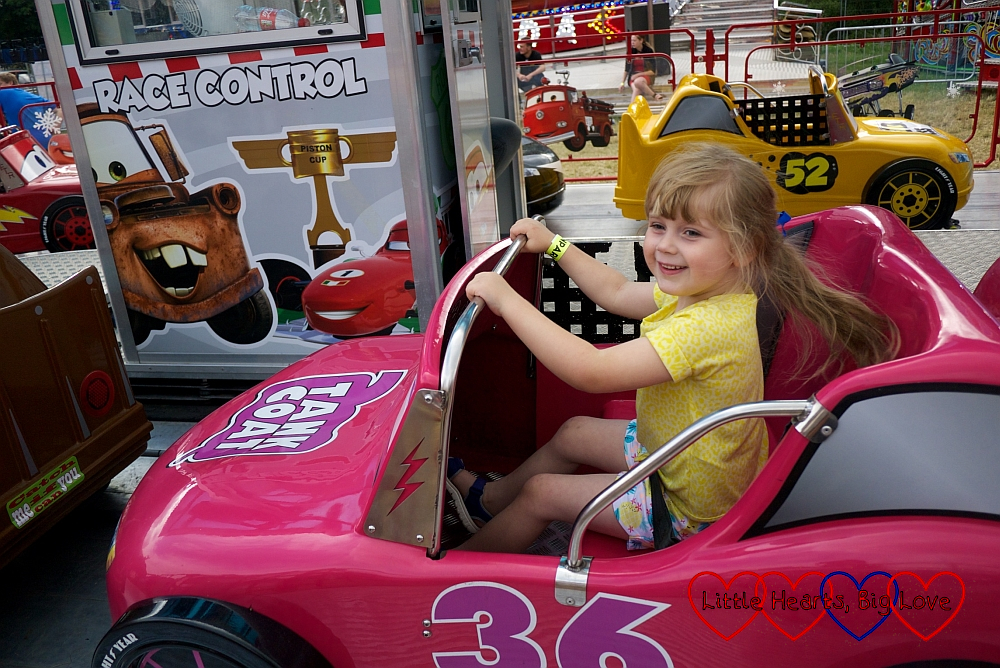 Sophie echoed my thoughts a while later while looking wistfully at the old-fashioned swings.

“I wish Jessica was here, Mummy, so we could go on those together,” she said.

I can just imagine how much fun my girls would have had together on those swings. 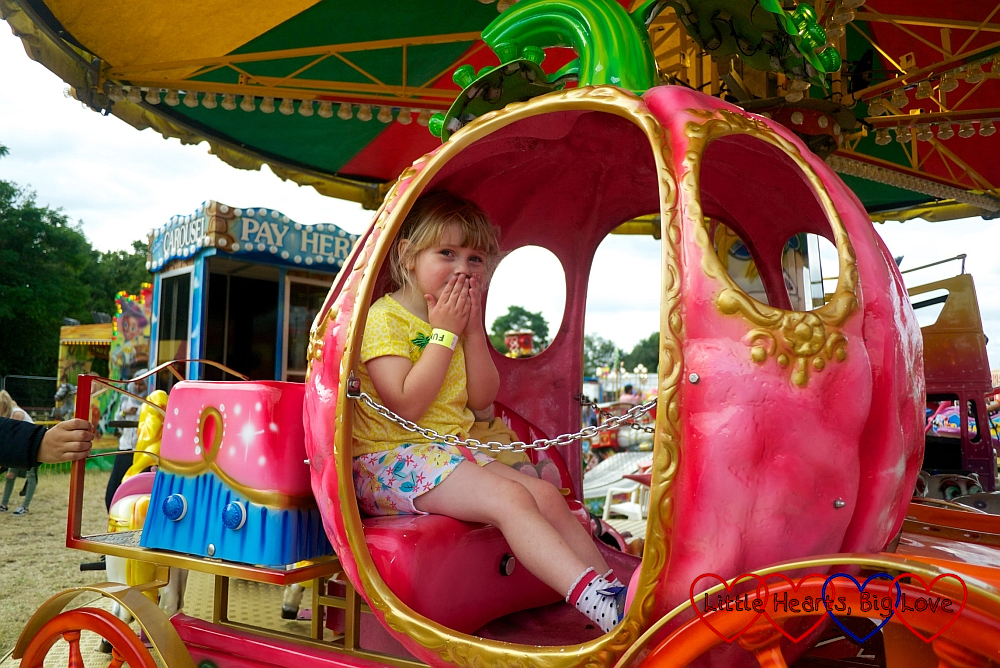 Sophie couldn’t go on the swings or the dodgems by herself, but there were plenty of other rides that she could enjoy instead. Having unlimited rides meant that she was able to go on all of them and have as many repeated rides as she wanted (and time allowed!) without having to be restricted by Mummy’s budget. Thomas was too little to go on any rides but was quite happy watching his big sister enjoying them. 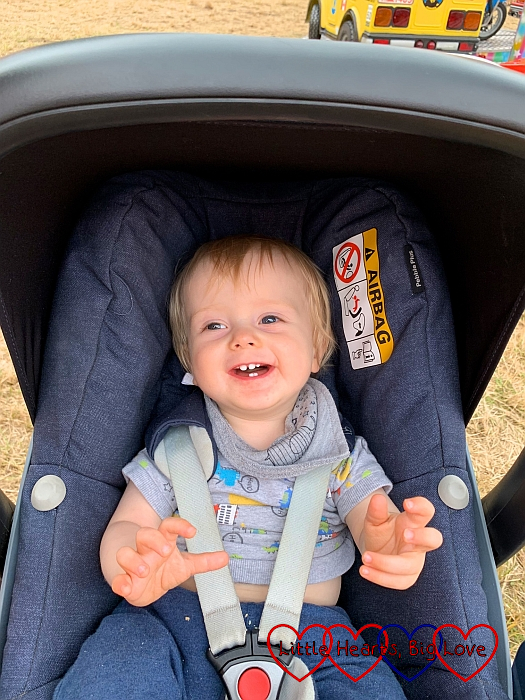 The mini-rollercoaster Caterpillar ride was a favourite for Sophie. She’s quite fearless when it comes to rides – much more so than I remember being at her age! 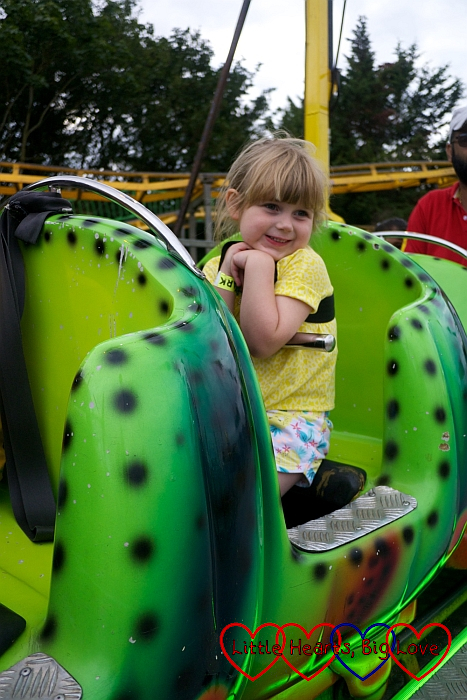 The helter-skelter was also a big hit. I stood watching for quite a while as Sophie went on it again and again. I love how the simple attractions can also have as much appeal as the faster rides. 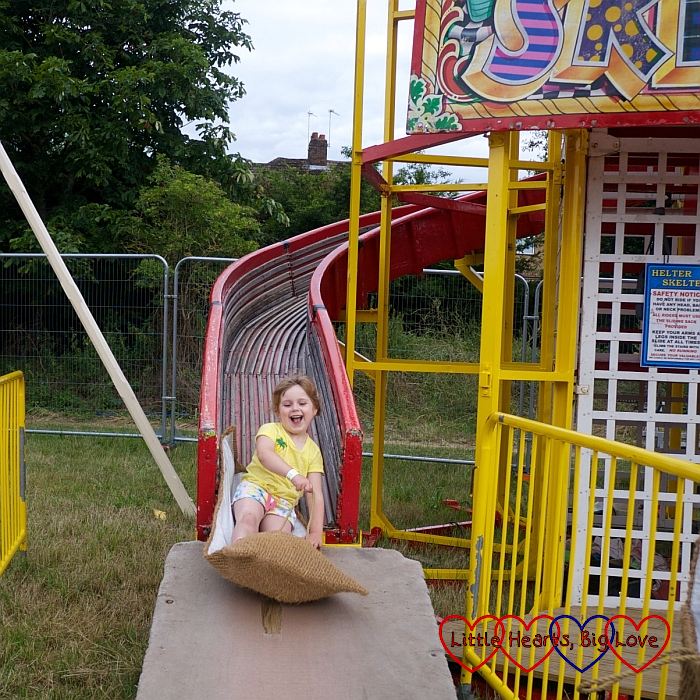 The only ride we did have to pay extra for was the bungee trampolines which cost £4 to go on. Sophie loved being able to bounce really high on these. 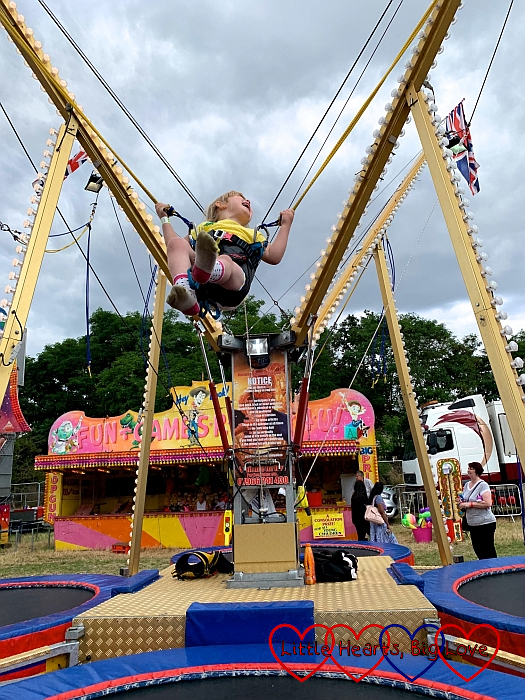 We spent a couple of hours at the fair which was plenty of time as it wasn’t too busy. Other than the bungee trampolines, we didn’t need to queue for any of the rides which is always good! Sophie got to go on nearly all the rides that were suitable for her and had more than one ride on several of them. 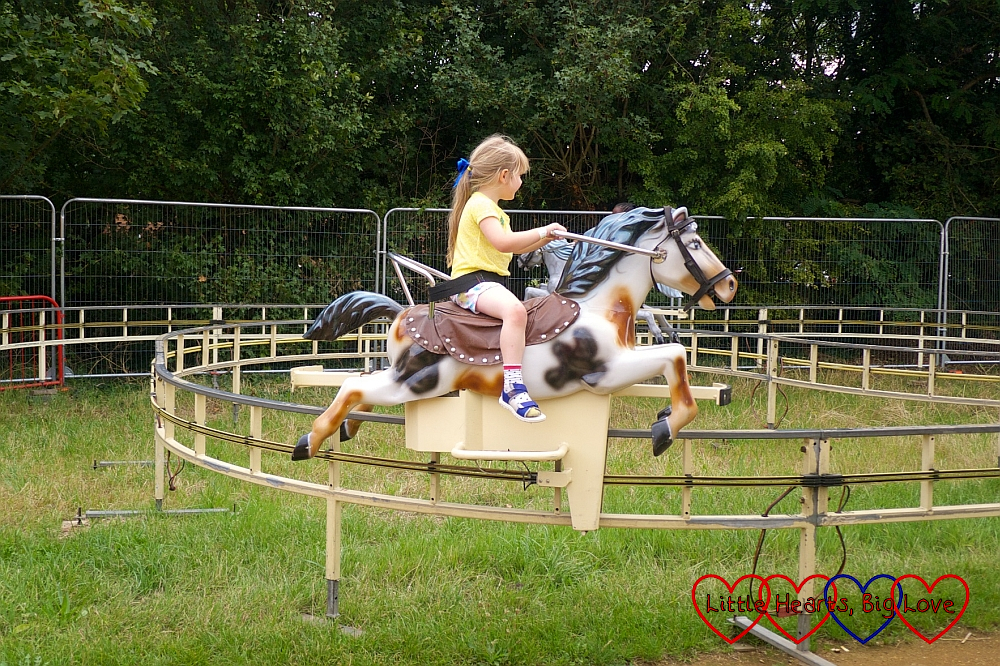 “That was the best day ever!” she said, happily, as we headed back to the car. 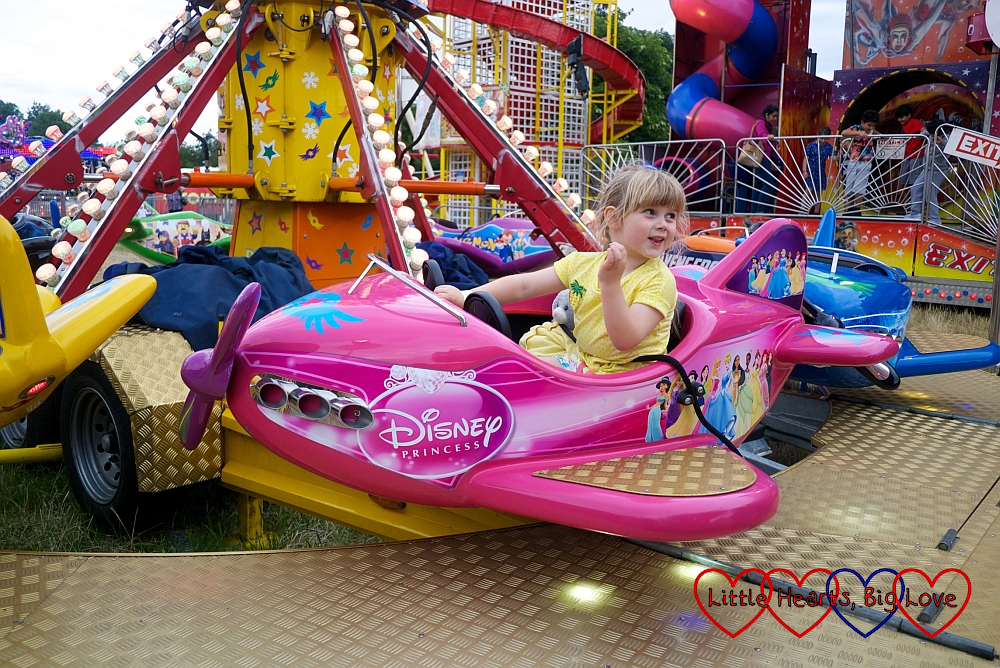 3 thoughts on “All the fun of the fair”