Today sees the launch of Zookeeper Zoe, a clever eye check storybook from Boots Opticians.  Zookeeper Zoe tells the story of a little girl who loves animals and wants to be a zookeeper.  One day her parents take her to the zoo only to find it is closed as the zookeeper can’t manage the needs of the animals by himself.  Can Zoe help out and save the day? 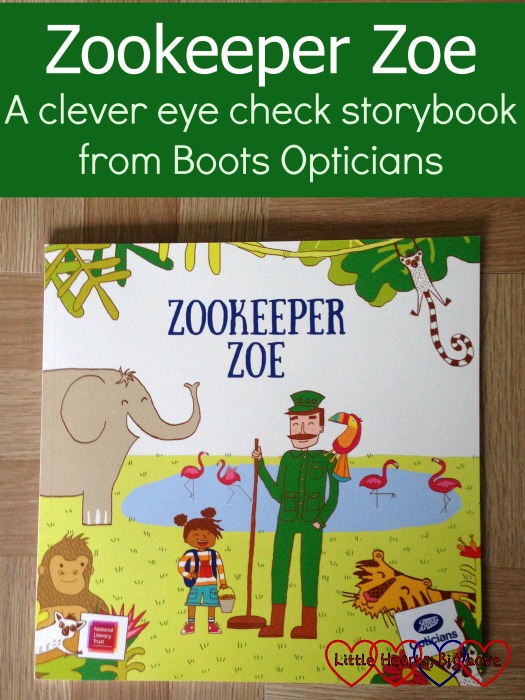 Created in collaboration with celebrity dad Peter Andre, Zookeeper Zoe is a charming story with colourful illustrations and my girls loved listening to how Zoe helped to make the animals happy.  What makes it different from a normal storybook though is the interactive eye check activities that are found throughout the book and which can help parents to find out if there may be any concerns with their child’s vision. 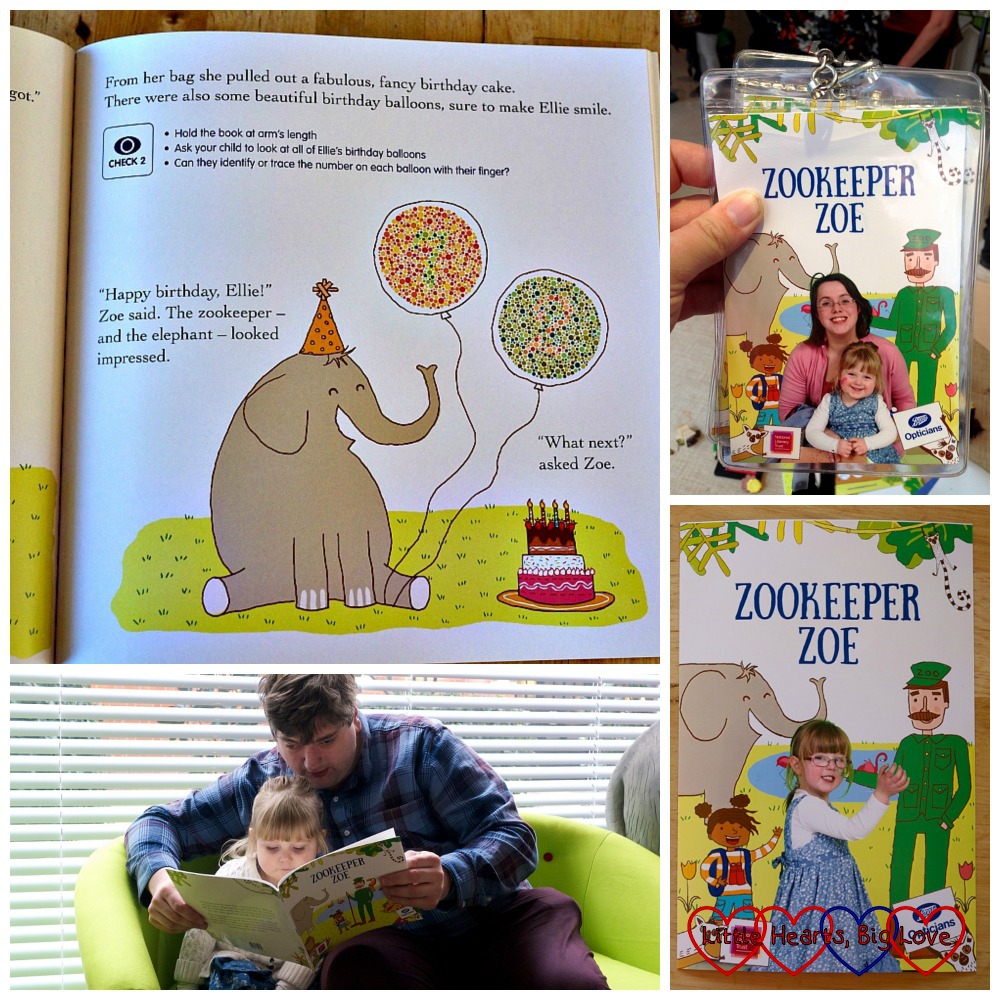 With Jessica having had a squint from the age of seven months and a family history of sight problems on hubby’s side, the importance of regular eye checks is something we are already quite aware of.  I was quite shocked to discover that, in spite of eye tests being free on the NHS for children up to the age of 16, half of children have never had an eye check* and it is estimated that a million children in the UK have an undiagnosed eye condition**.  Whilst only a qualified optician can diagnose an eye condition; this book aims to help raise awareness of the importance of regular eye examinations.  Up to 80% of a child’s learning is through what they see*** and it is recommended that children should have an eye check every two years from the age of three.

Zookeeper Zoe was developed with the National Literacy Trust and is aimed at children aged four to six.  At two, Sophie is too young to take part in the eye check activities, although enjoyed listening to the story and pointing out the different animals in the pictures.  Jessica was able to identify the numbers in the colour vision check, and the shapes in the visual acuity test are already familiar to her from her regular eye check-ups for her squint.  I’m not sure that she grasped the concept of being able to articulate whether the lines/circles were darker or clearer for the other two tests though, but at four, she is at the lower age limit for this book.

We were delighted to be able to attend the launch party for the book last weekend and the girls enjoyed all the different zoo-themed activities that they were able to take part in at the party.  Jessica was particularly fascinated by the animal encounters area where she could see and touch snakes, millipedes and a cockroach.  Mummy was much less keen and preferred to keep her distance and take photos instead!  The girls also got to feed a lemur in this area and both Jessica and Sophie enjoyed doing this. 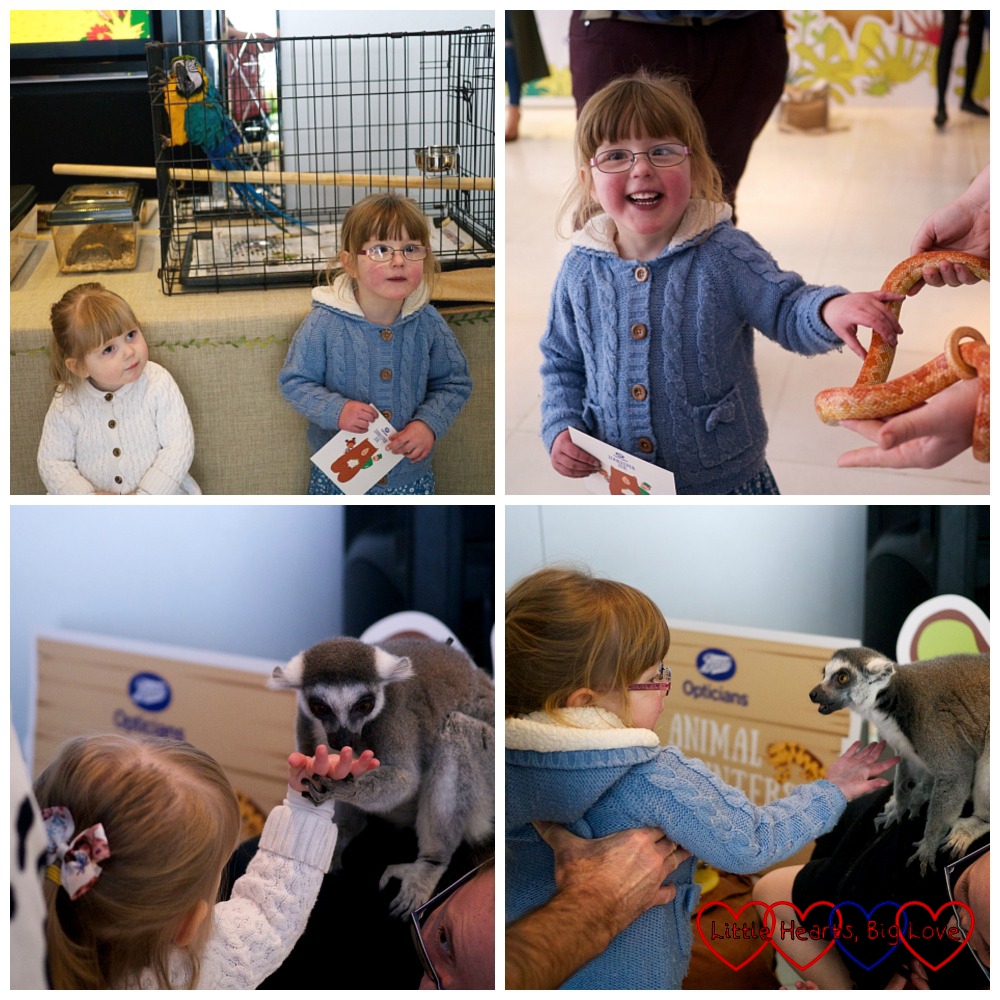 The girls also enjoyed having their face painted – Jessica went for a turtle design and Sophie had a flamingo.  They made animal masks which transformed them into a lion and an elephant and got creative with paper and glue to make animal pictures or colour in some pre-printed ones. 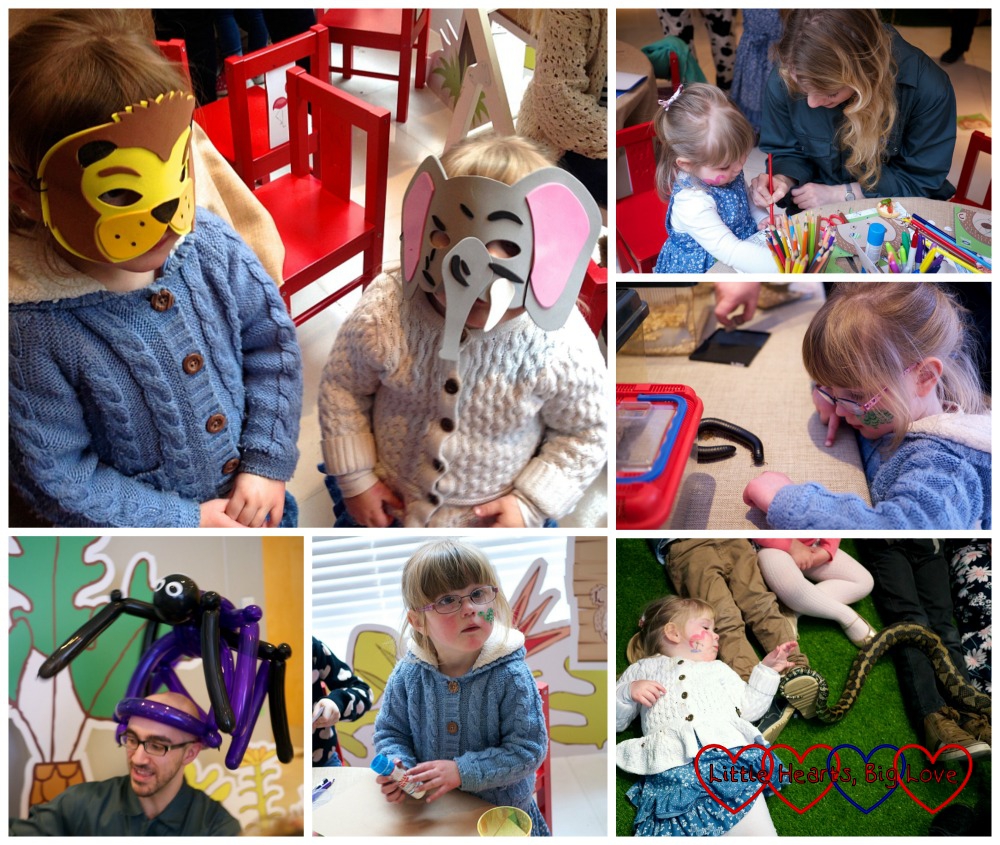 There was also a green screen photo area where the girls could have their own Zookeeper Zoe photos taken and cardboard cut-out models to peep through.  There were party games, and balloon modelling, cake and canapés and a reading corner where the girls could just sit and enjoy having the book read to them by Daddy if the excitement was all getting a bit much.  It was great to find out more about the book and take part in the various zoo-themed activities and we all had a wonderful time. 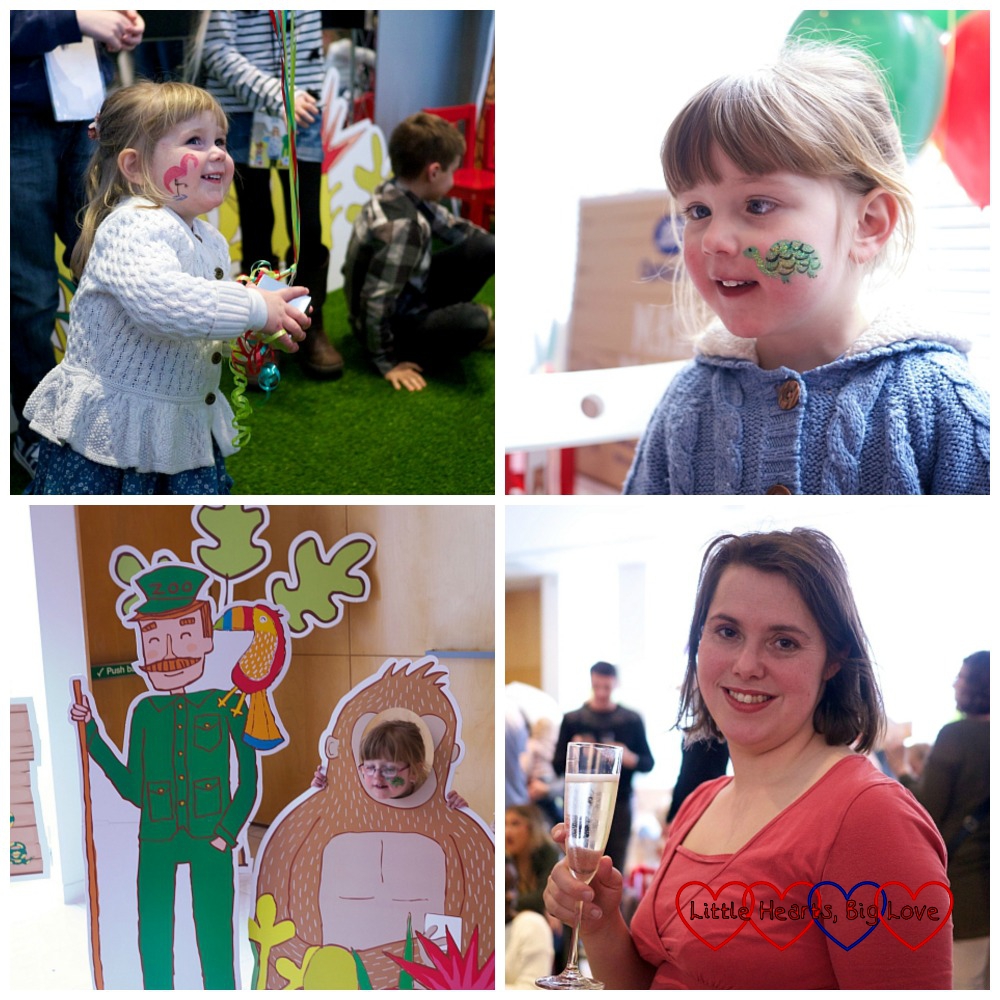 Zookeeper Zoe is available from Boots UK and Boots Opticians stores, who will be giving away 350,000 printed copies.  The book can be read online at www.zookeeperzoe.co.uk and is also available as an app.