Chiltern Open Air Museum is one of our favourite places for a day out – as well as the various old buildings which the girls can explore, there is plenty of space for them to run around in; woods to wander through and sheep and the horses to say hello too.  Other than the Christmas weekend though, it is closed over the winter. With that weekend being a very busy one though, I had already resigned myself to the fact that we wouldn’t be able to visit during the Christmas event. 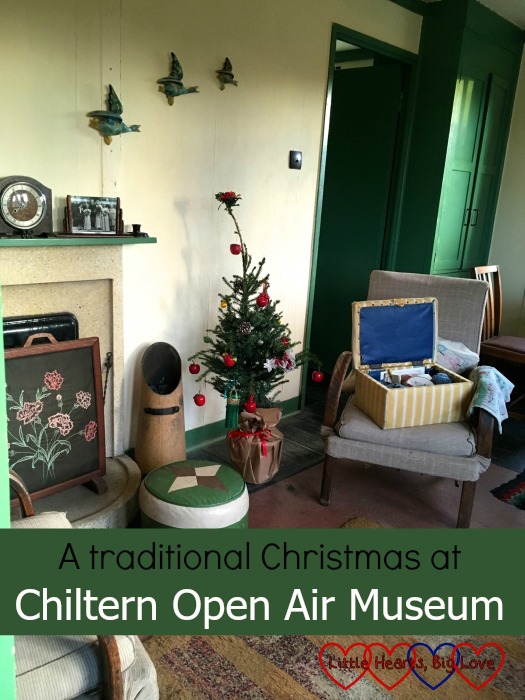 Jessica was at a Girls’ Brigade Advent event and we’d had a busy morning at church. I had a big to-do list and had intended on trying to work through some of it that afternoon. But the sun was shining and the lure of the outdoors was too much to resist. There was still a couple of hours left before the museum closed and the to-do list could wait.  The prospect of an afternoon out and about with Sophie was much more appealing! 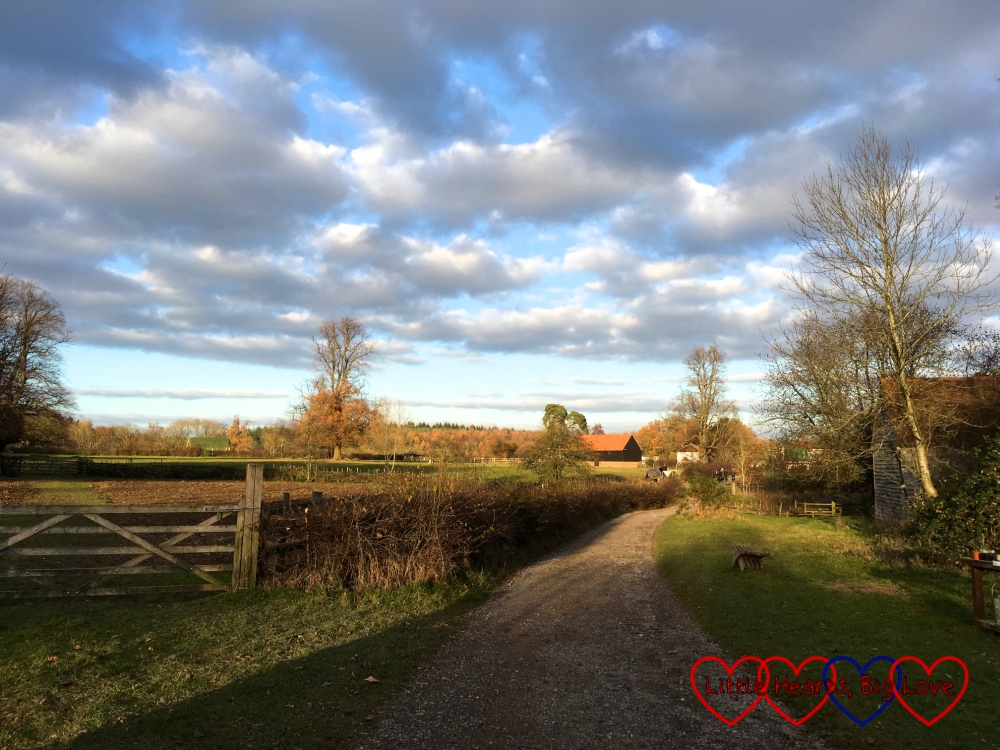 We decided to start by heading down to the farm to see Father Christmas, stopping off for a peek inside Leagrove Cottage on the way.  There were a couple of elves outside and some women preparing a meal inside. It was very smoky inside with the fire though so we didn’t stay long. 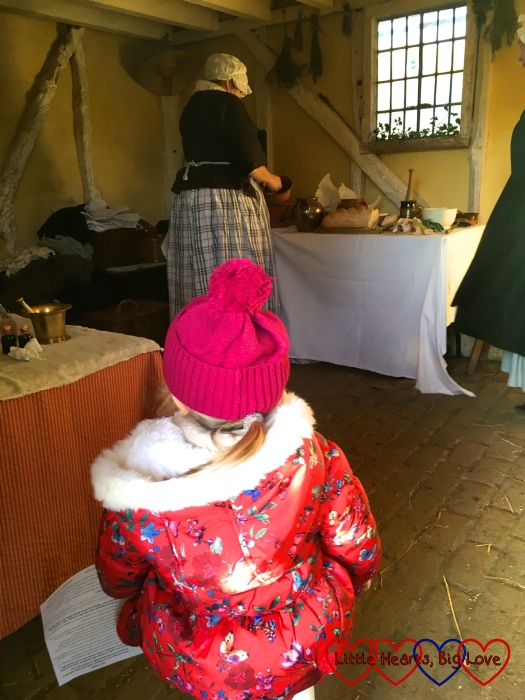 I was quite relieved to see that the queue to see Father Christmas wasn’t too long.  Sophie was quite content waiting in the queue until she got to the front of the queue and spotted the elf. 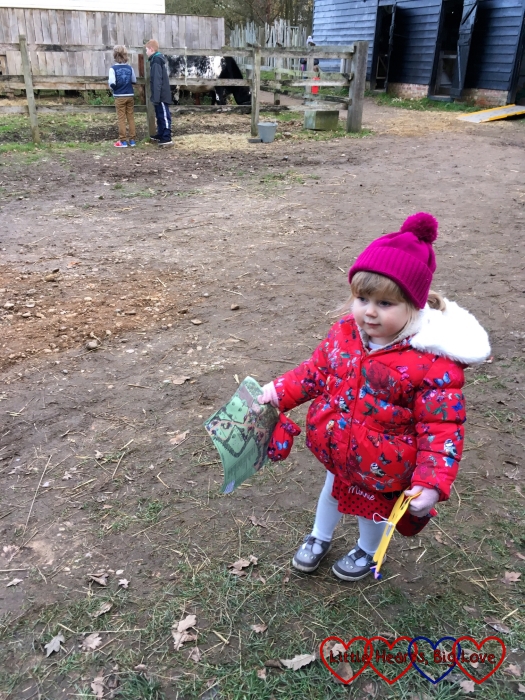 “Mummy, I not like Wise Old Elf” she said, hiding behind my legs.

I hoped she would be less shy when it came to meeting Father Christmas as she hasn’t been shy before (or at least not since she was much smaller) but she clung to me the whole time and hid behind my legs. I suspect she would have been a little braver if Jessica had been there too. 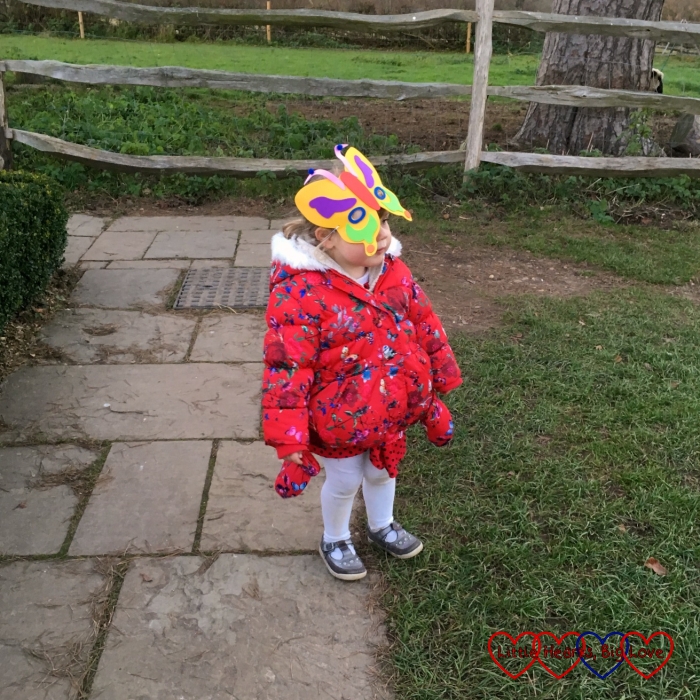 Once outside with her butterfly mask that Mummy had been given by Father Christmas, she was a bit happier. We headed down to the Toll House where Sophie helped stir the Christmas pudding. 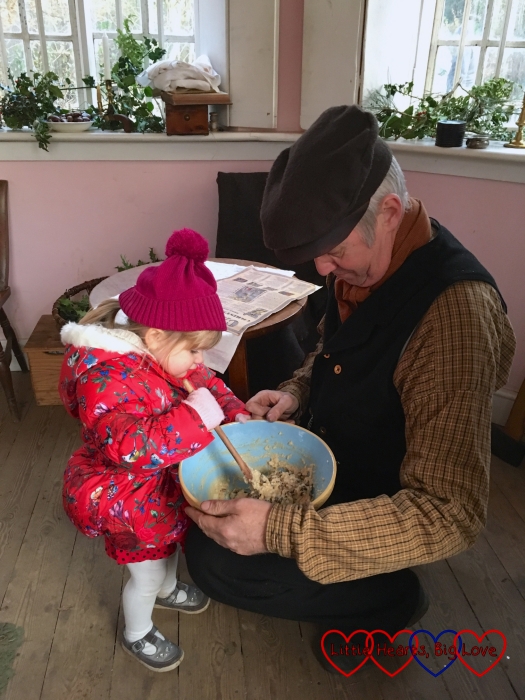 She wanted to go to “the playing house” next – the Amersham prefab house with the children’s bedroom full of toys. I think we’ve been spoiled a little by our previous visits on quieter days as Sophie was quite put out by the fact that there were other children in there playing with the toys and she had to wait her turn! 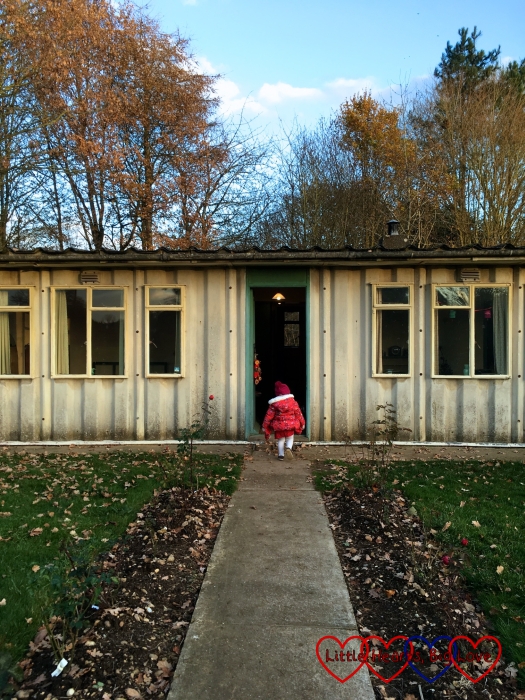 We had enough time for a quick browse around the Christmas craft stalls in the barn and the Victorian schoolroom on the village green before it was time to go home. We didn’t buy anything but I did bump into an old friend from our toddler signing days whom I hadn’t seen for a couple of years and it was lovely to have a brief catch-up. 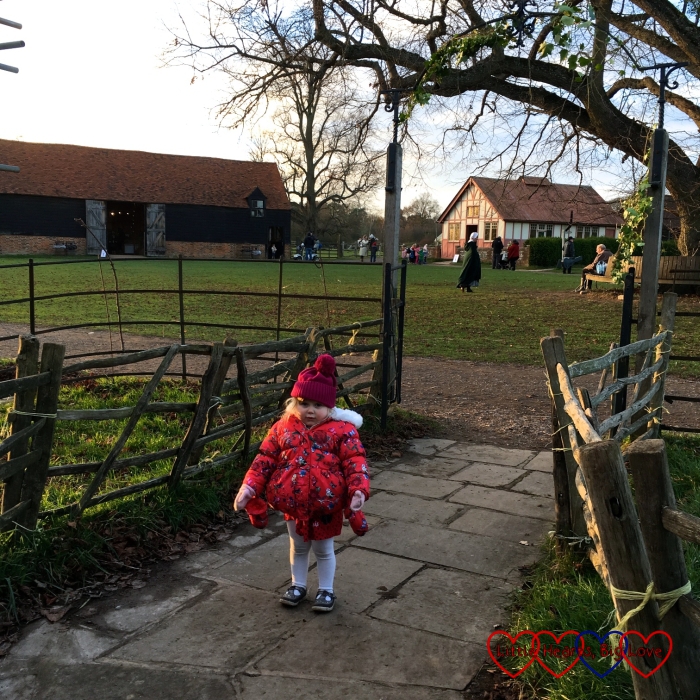 It was one of our briefer trips to the museum but I’m glad I ignored the to-do list and took advantage of the nice weather instead. The jobs that really need doing will get done and those that don’t probably aren’t that important anyway. The most important thing on my to-do list is always to have some quality time with my girls, and to make the most of these little moments. 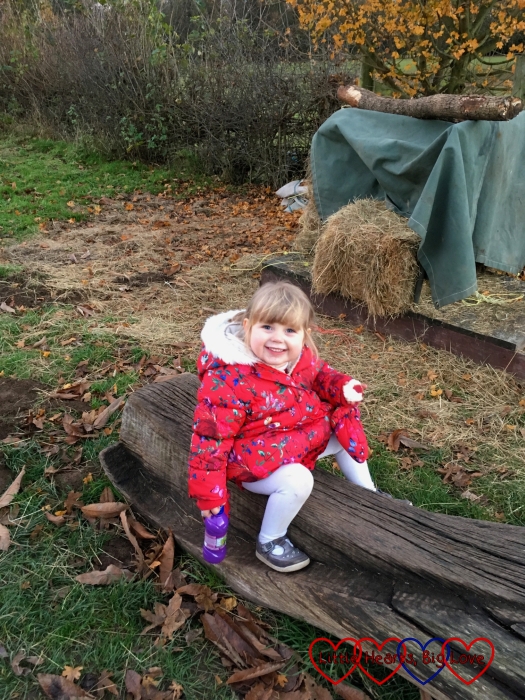 24 thoughts on “A traditional Christmas at Chiltern Open Air Museum”