Jessica’s first term at preschool is over and what a lovely way to end it by watching my big girl taking part in her preschool’s Easter concert. 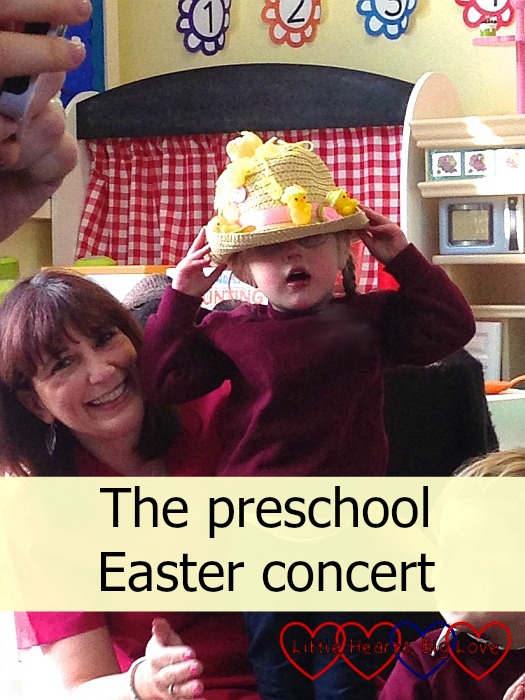 We had fun last week making an Easter bonnet ready for the concert. We started off with an old straw hat that Grandma had given to Jessica and added some pretty pink ribbon, several Easter chicks, some flowers, sticky foam Easter shapes and some wool to make a nest at the top of the hat. Other than needing my help to stick the ribbon on and fix the chicks on the hat, Jessica did most of it by herself and was very happy with the end result. 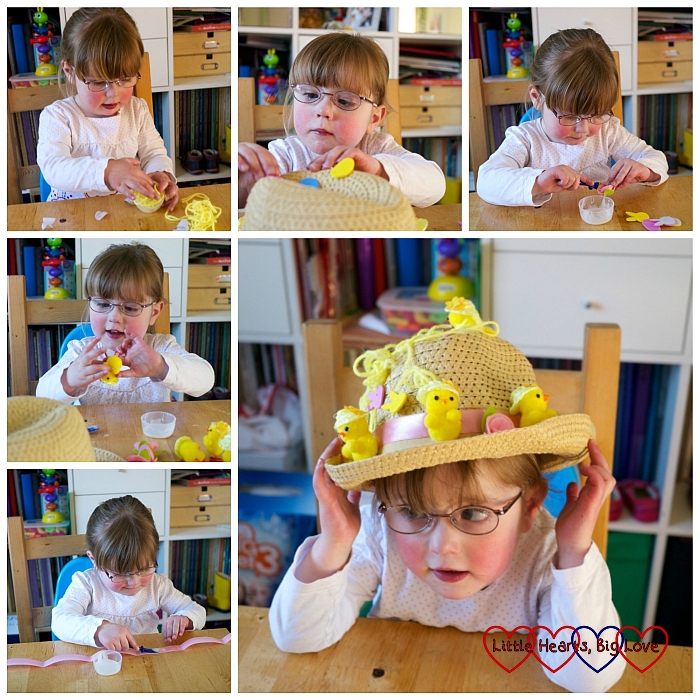 I already had an idea of what songs were going to be sung at the concert – Jessica has been singing them around the house for the last couple of weeks. It was very busy with lots of proud parents there and it took me a little while to spot Jessica until I saw her sitting on her key worker’s lap looking a little overwhelmed by it all. 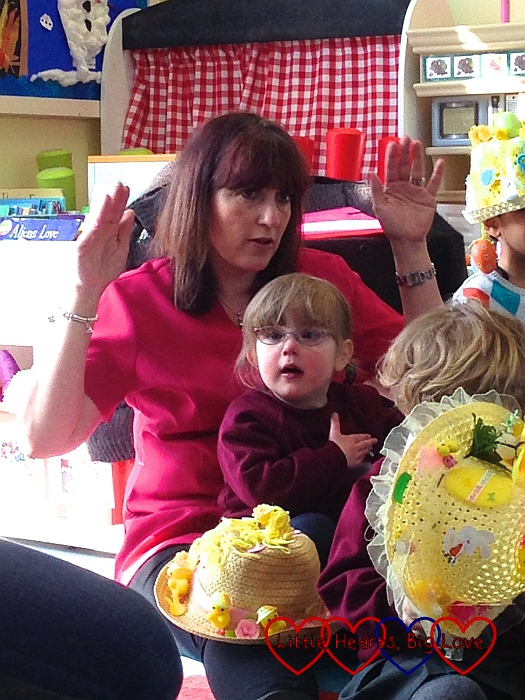 Whilst she was happy to join in with the actions, she was a little shy about joining in with the singing. I wasn’t too surprised by this – she often does this at our toddler signing class. She will happily sing away all day long at home but is more reluctant to do so in a group even when it is an environment where she feels more confident. Just seeing her joining in with the actions and taking part in her first preschool concert was still very much a proud mummy moment for me though. 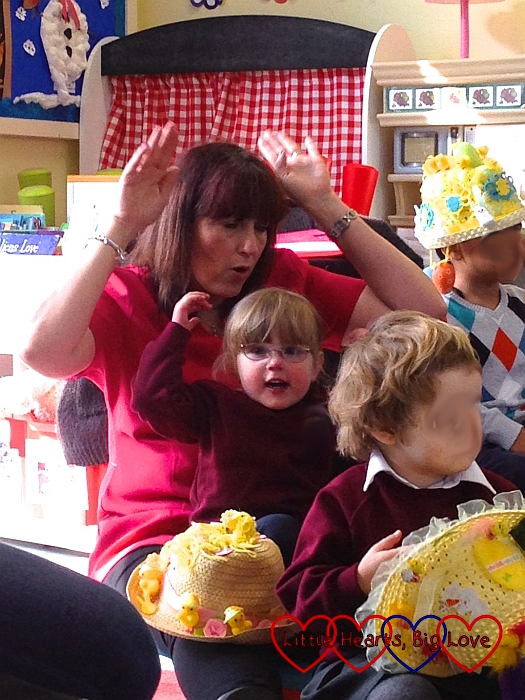 Sophie enjoyed it all very much and spent a lot of the concert standing up trying to dance along and join in with the actions too! I was amazed at just how confident she was in the preschool environment – after the concert finished, she was off and exploring the room, playing with the toys and hardly seemed bothered whether Mummy was in the room or not! Hopefully this is a good omen for when the time comes for her to start preschool too as she tends to be much more of a Mummy’s girl than I remember Jessica being at that age and if she is unhappy only Mummy will do. 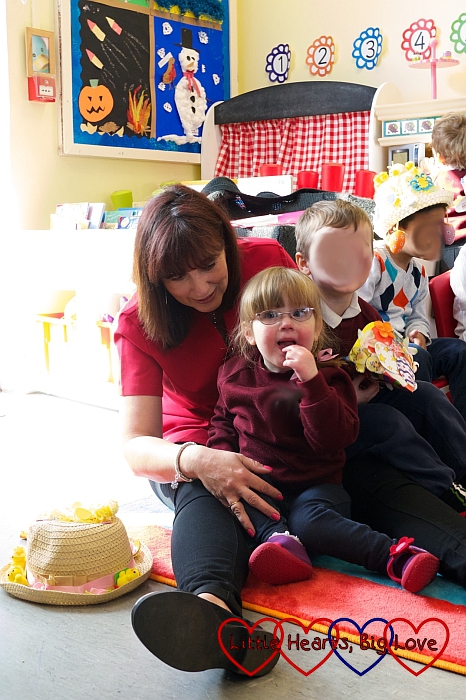 After the concert, we had tea and cakes and a raffle. I think my favourite part of the morning though was being able to stay with Jessica until the end of the morning session and get a glimpse into what she does each week at preschool. I love watching her using her imagination and playing with the other children and it was wonderful to watch Sophie really enjoying interacting with them too. I had a lovely time sitting down and reading a couple of stories to a few of the children and it was just such a nice way to finish off the morning.

26 thoughts on “The preschool Easter concert”