During our holiday on the Isle of Man over the summer, we visited the Great Laxey Wheel, which is the biggest working waterwheel in the world. It was designed by the Victoria engineer Robert Casement in order to pump water from the Laxey lead and zinc mines, 1500ft below the ground. The mines were closed in 1929 but the wheel still remains a tourist attraction. 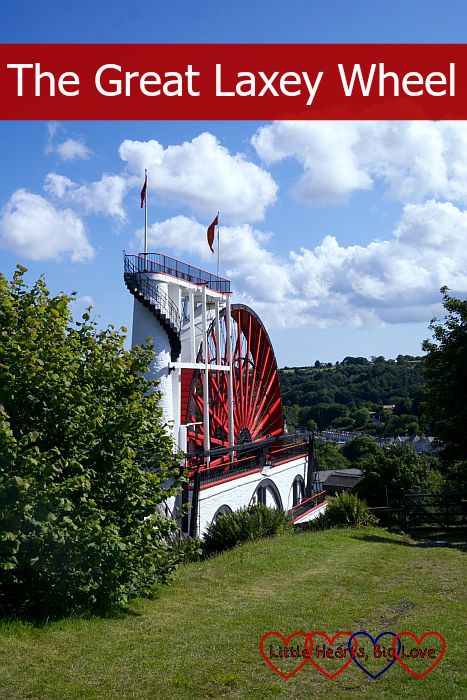 The Laxey Wheel is also known as “Lady Isabella”, having been named after the wife of the Hon. Charles Hope, who was the Lieutenant Governor of the Isle of Man when the wheel was opened in 1854. 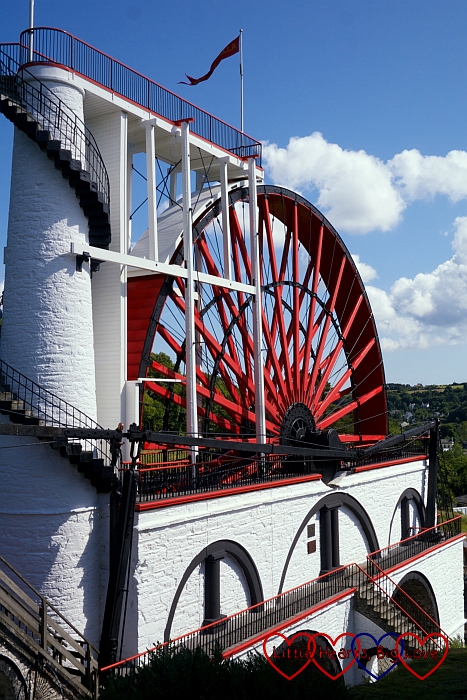 We got our first glimpse of the wheel as we travelled up to Snaefell, the Isle of Mann’s highest point, on the Snaefell Mountain Railway. It looked very impressive from the distance and even more so close up. The wheel is just over 72ft high and you can climb the spiral staircase to the viewing platform at the top.

It was quite a challenge climbing the spiral staircase whilst carrying a small child each, not helped by a very low beam partway up the staircase. I had Sophie on my back in the toddler carrier which was fairly manageable but my tall hubby found it quite hard to negotiate the beam whilst carrying Jessica in his arms. The staircase is very narrow and we were very relieved not to meet anyone trying to go in the opposite direction while we were making our way up and down it! 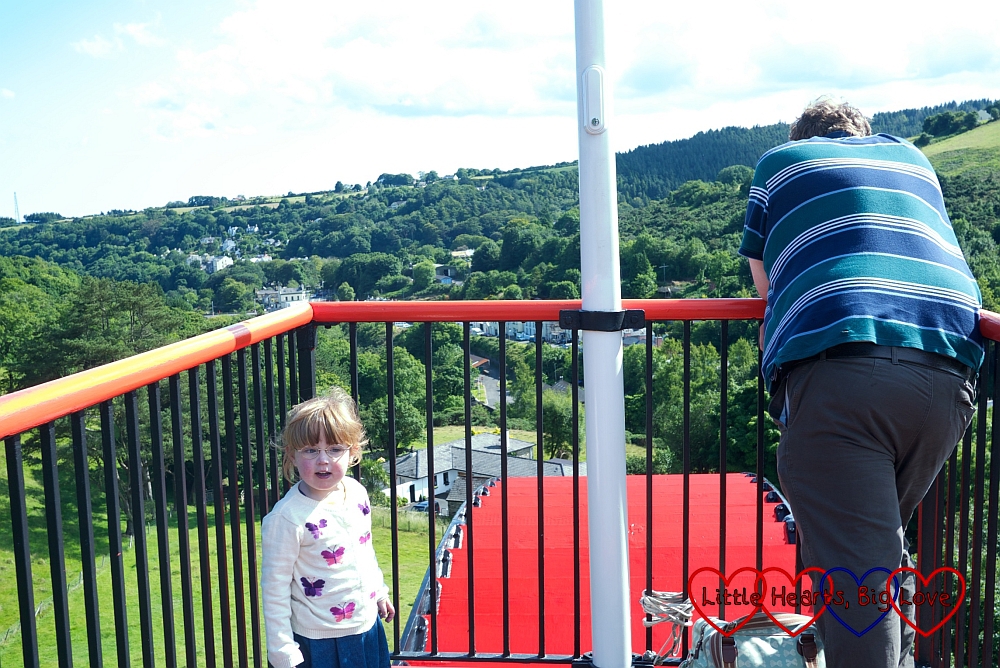 The beautiful view across the valley from the top was well worth the climb though and I loved looking down at the shadow the wheel cast on the ground.  Jessica was quite taken by the huge legs on the triskelion on the side of the wheel. 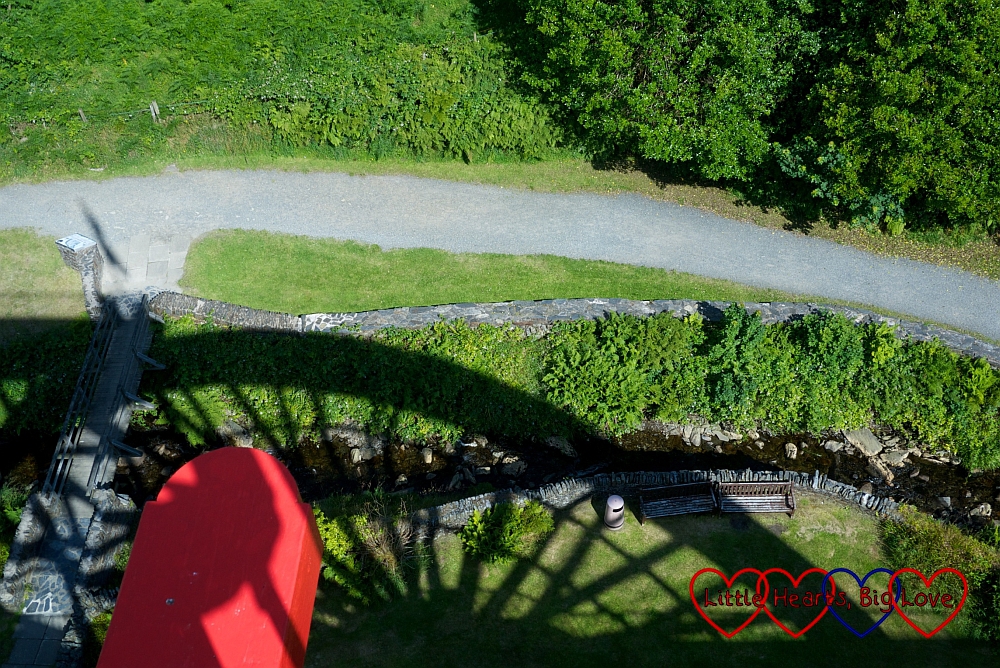 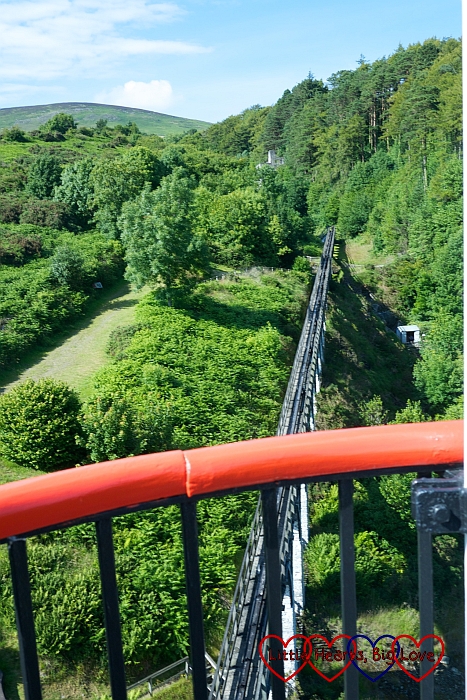 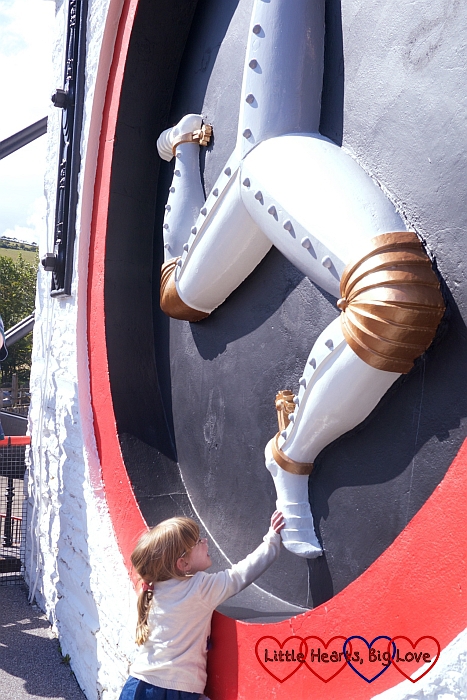 We also had a wander along one of the trails around the wheel itself. There are three different trails, varying in length. We followed the mid-length trail which took us about half an hour or so. I was very glad that we had left the buggy in the car as the trail we followed definitely wasn’t buggy-friendly. In fact, I don’t think any of the three were so if you are visiting with a little one in tow, I would definitely recommend a baby/toddler carrier instead. 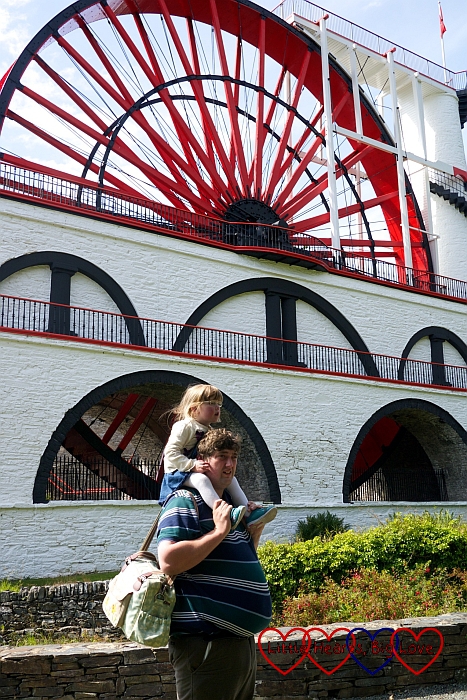 There is an entrance to the mines a short walk from the wheel where you can go in a short way. Jessica wasn’t very keen on going inside, and I’m slightly claustrophobic anyway, so was quite happy to stay outside and admire the pretty waterfall while hubby went in and explored! 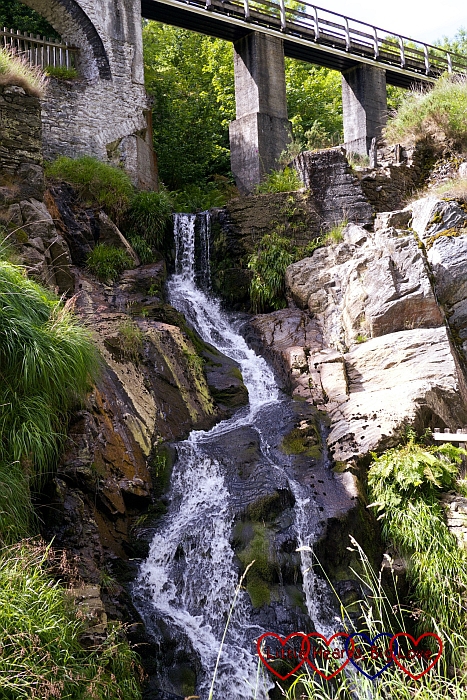 The trail we followed took us alongside the huge rod connecting the wheel to the pump shaft and there were plenty of information boards along the way explaining how the wheel worked. 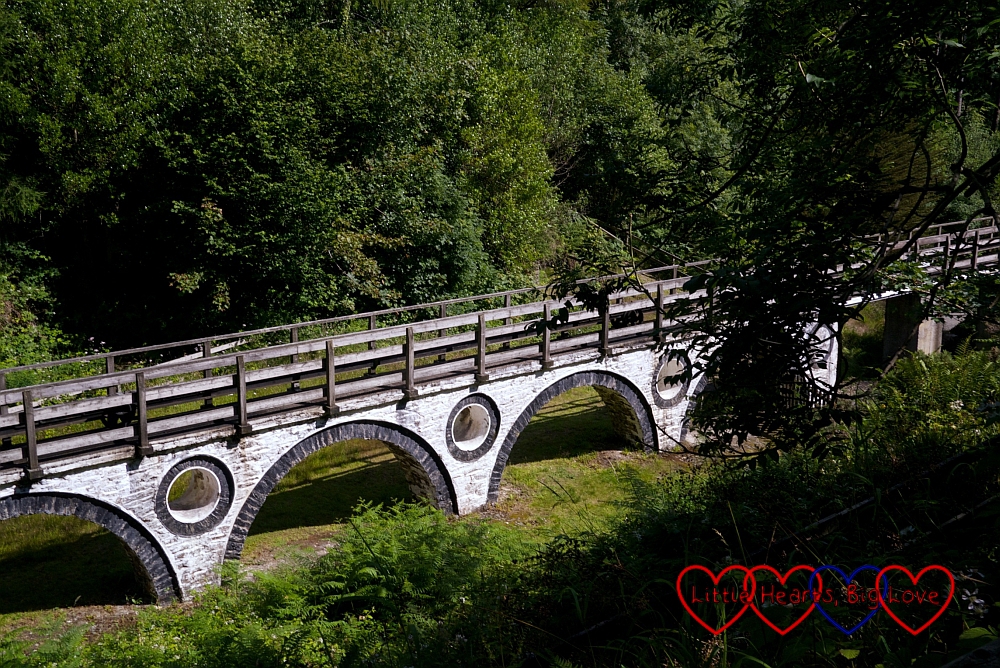 There is also a trail which leads from the Laxey Wheel around the village and the various buildings associated with the mine, taking in another waterwheel, known as “Lady Evelyn”. The guide book suggests that this trail takes a couple of hours to complete at a leisurely pace – sadly we didn’t have time to explore it though.

The Great Laxey Wheel is open from March to November and costs £5 for adults and £2.50 for children (under 5s are free). 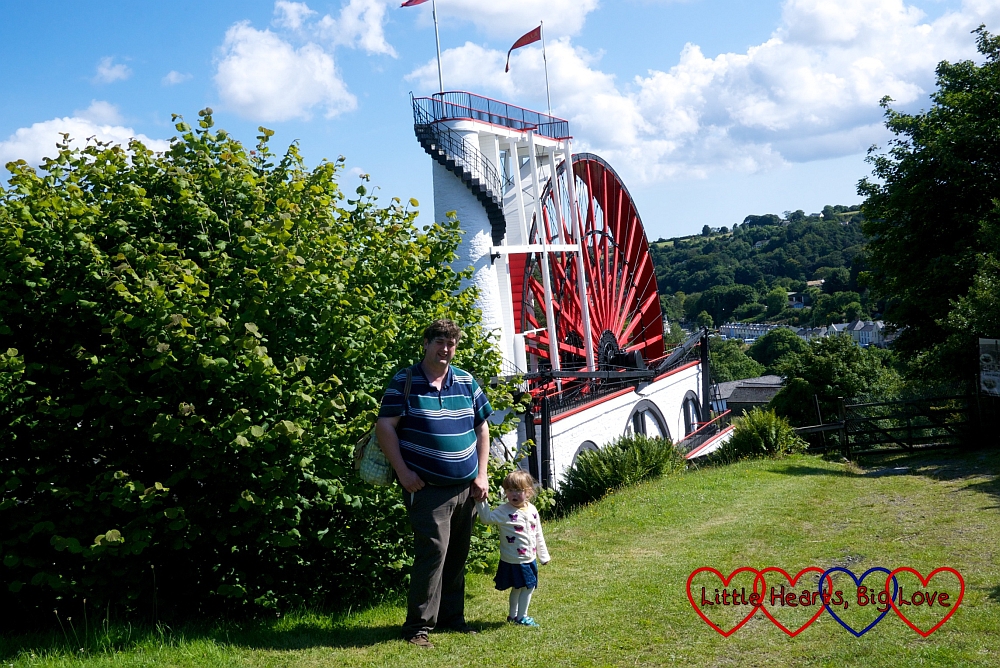 18 thoughts on “The Great Laxey Wheel”