I’ve done a lot of things with my girls, but one of the things we hadn’t yet done together was a cinema trip. An invite to the screening of Surf’s Up 2: WaveMania at Sony Pictures Home Entertainments’ offices was the perfect opportunity to introduce the girls to seeing a film on a big screen. 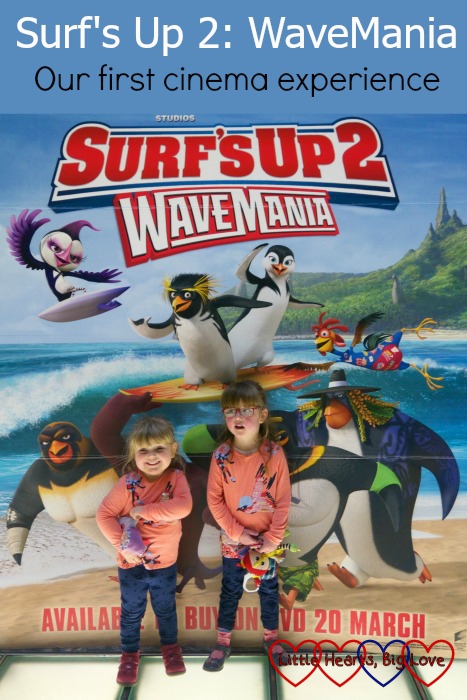 Neither myself, nor my girls had seen the first Surf’s Up movie but it didn’t matter – there was a brief backstory at the start of the film and it was enjoyable as a standalone film. Surf’s Up 2: WaveMania tells the story of surfer penguin Cody Maverick and his journey to The Trenches, a mysterious and dangerous spot, where he must ride the biggest waves in the world for a chance to join his heroes, The Hang 5. The Hang 5 team are a world-famous surf crew known for their extreme stunts and personalities, and are voiced by WWE Superstars John Cena®, Undertaker®, Triple H®, Paige™ and Mr. McMahon®. There is plenty of action and excitement to keep the children focused on the film as well as sharing an important message about the importance of working together as a team and looking out for your friends and team members. 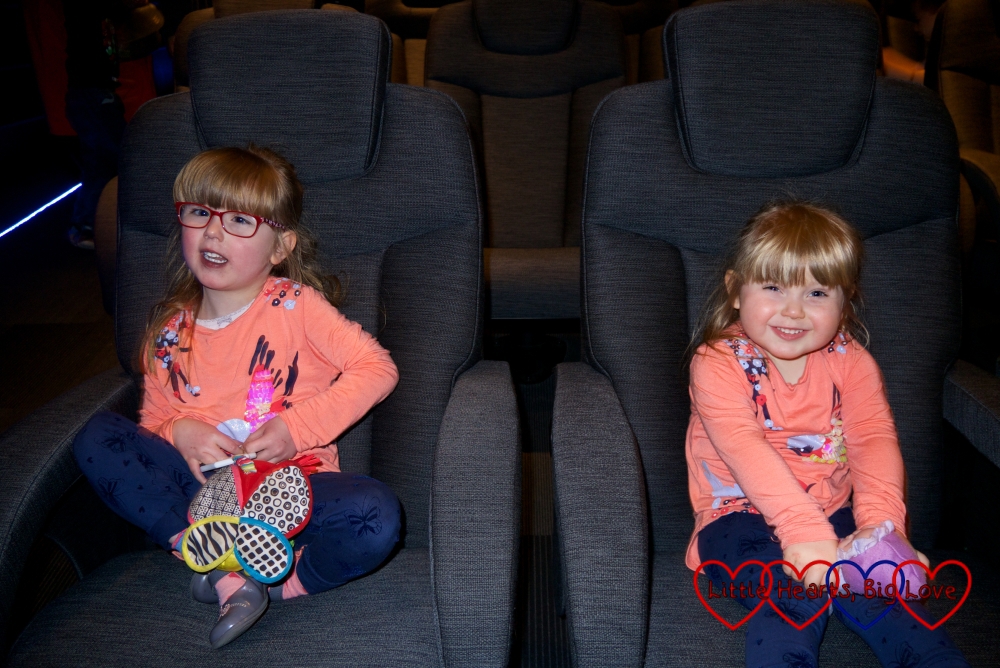 Both the girls enjoyed the film and, much to my relief, stayed in their seats throughout! Sophie enjoyed the film so much that as soon as she finished, she requested that I “pause it backwards” so she could watch it all over again! While I couldn’t rewind it for her there and then, we were given a copy of the DVD to take home in our goody bag (along with a copy of the WWE Kids magazine)

Surf’s Up 2: WaveMania is released today (20th March) on DVD.  The DVD also includes bonus material – hilarious bloopers, a special featurette showcasing WWE Superstars John Cena and Triple H, and WWE Announcer Michael Cole, recording their voices for the film in “Behind the Mic: Hanging with the Dream Team.”  There is also an animated featurette “Chicken Joe’s Extreme Slaughter Island Tour,” character drawing lessons from Director Henry Yu, and a piece that dives into the making of the film’s unique score in “Inside the Music with Composer Toby Chu.” The DVD has a running time of approximately 1 hour 21 minutes and is available to buy online, in UK stores or on Amazon at a cost of approximately £7.99. 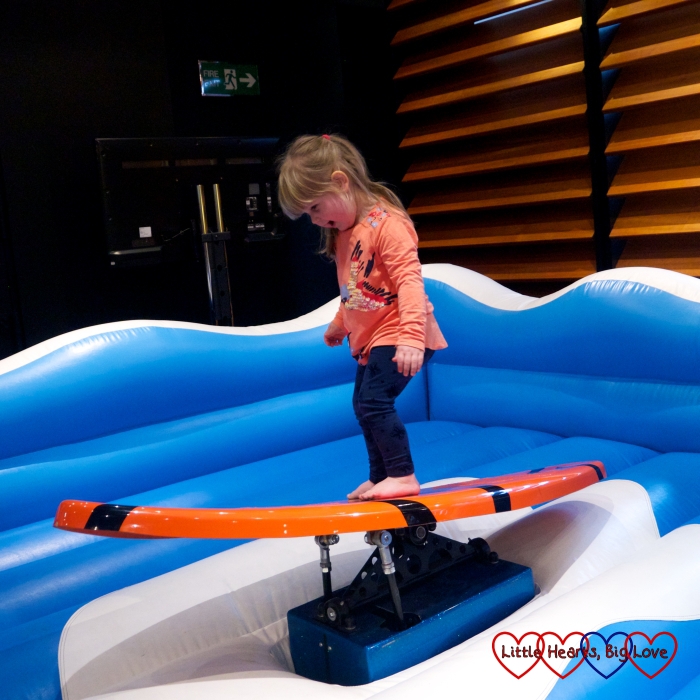 After the film, the girls had the opportunity to try out some surfing for themselves. Jessica was a little unsure about it though. She was happy to try it once, but didn’t want to repeat the experience. Sophie, on the other hand, wanted to go on again and again and managed to stay standing for a reasonable amount of time. 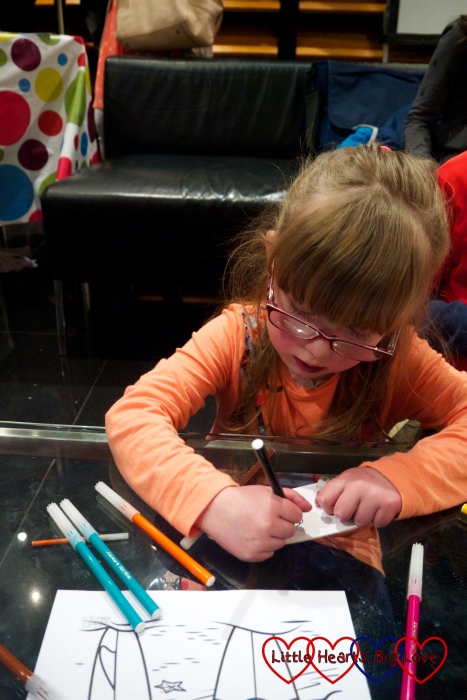 The crafts and face-painting were much more to Jessica’s liking. She enjoyed decorating her own surf board and having rainbow wings painted on to her face. Sophie went for a rainbow and flowers design and had a quick go at decorating a surf board too before heading back to get on the board and try surfing for herself once again! 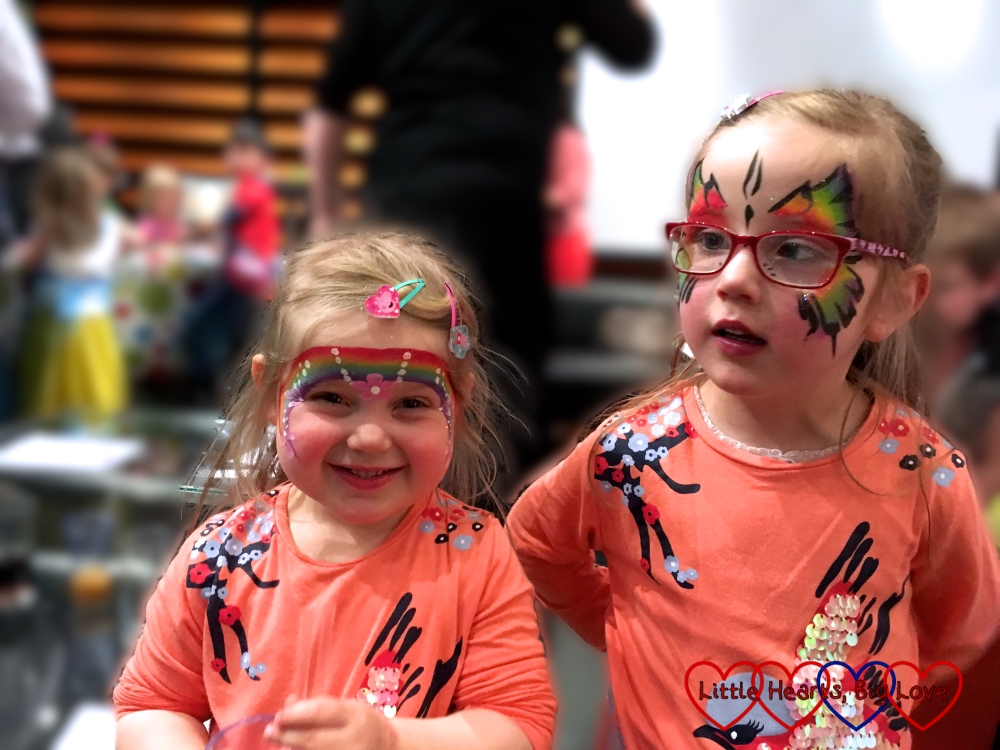 I have a feeling that the DVD is going to become our new favourite – we have already had a request to have a movie night after school today and watch it again.

We were invited to the Surf’s Up 2: WaveMania screening and received a goody bag. All thoughts and opinions are my own.

2 thoughts on “Surf’s Up 2: WaveMania – our first cinema experience”