I have posted before about the early days of breastfeeding Jessica, or more accurately, expressing and her getting my milk via a tube for the first week or so until she was finally able to breastfeed at about ten days old. Fast forward a few days from that first proper breastfeed and my elation about being able to exclusively breastfeed her was beginning to turn to despair as her weight started dropping. 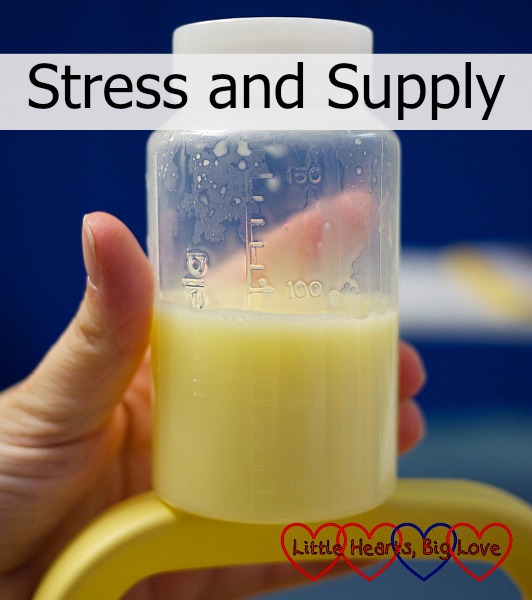 After two weeks of being able to be with us in the hospital, Michael had back gone home (70 miles away from the hospital) and back to work and would not be able to be with us again until the weekend. Whilst I had friends locally who were able to drop in and visit, I missed the continual support I’d had from Michael and the shared journey. Jessica’s daily weigh-ins were showing that her weight was constantly dropping and having only been 5lb 10oz at birth, she didn’t have too much leeway in that direction. She was now only just above 5lb and whilst the nurses hadn’t yet pushed for her to have formula, I knew that we were getting to that stage. Most of the heart babies on the ward were on high-calorie formula top-ups but I had hoped that somehow my baby would be the one to thrive on breast milk alone. 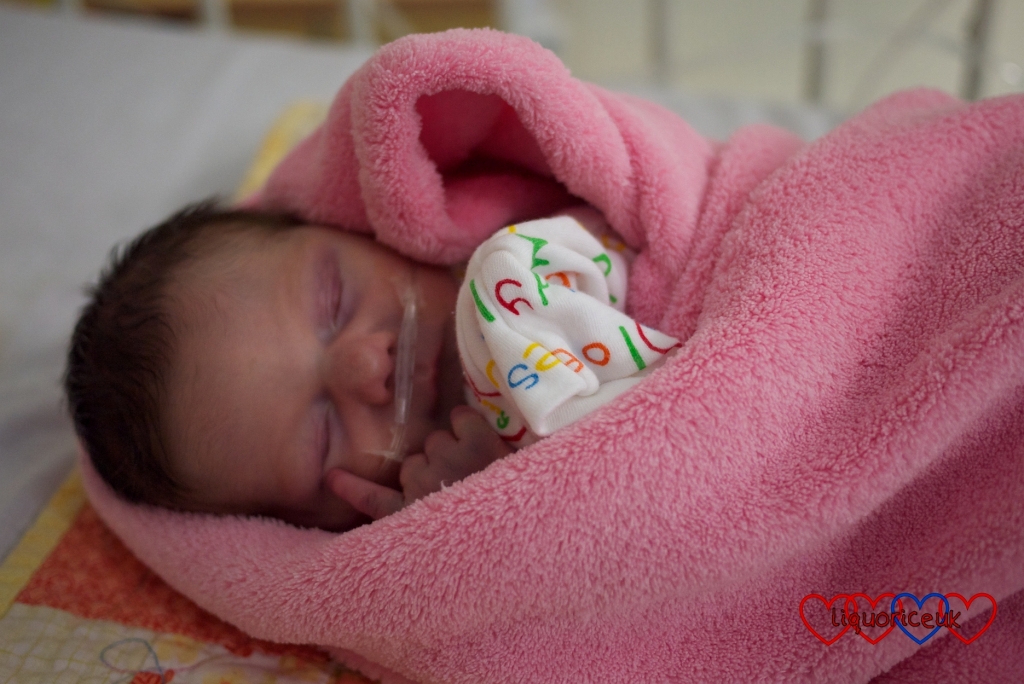 I was exhausted – the previous night had seen Jessica feeding pretty much constantly from around 9pm until the early hours of the morning plus another couple of feeds during the night and I had hoped that this constant feeding would soon be reflected in a boost in my milk supply. I had been giving her top-ups of expressed milk where I could but the freezer supply was dwindling fast and to top it all, I was now only managing to express 20ml at best after 20 minutes of expressing instead of the 50ml or more I had managed over the previous days. My baby was losing weight, my milk supply was dwindling and I felt isolated and alone. I pulled the curtains around Jessica’s cot, cradling her in my arms as she fed, and sobbed. 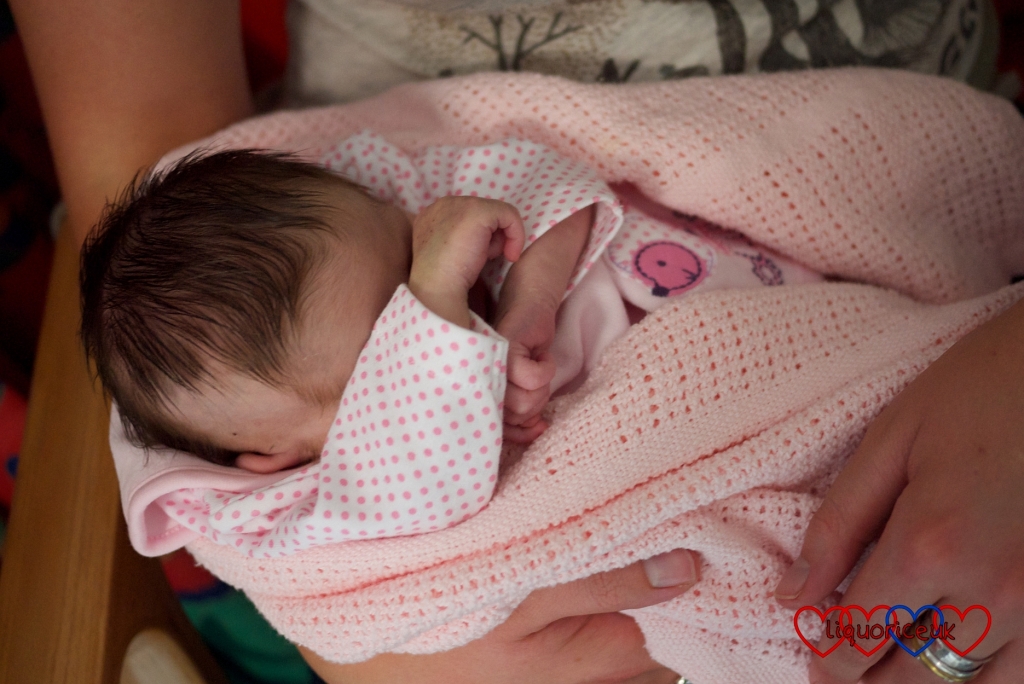 A few minutes later, one of the ward sisters came in to check Jessica’s oxygen saturation levels. It was the first time this particular nurse had looked after Jessica and she had seemed slightly brusque and in my emotionally fragile state, I was wary of her. I furtively wiped my tears away, hoping she hadn’t noticed, but it was too late. She asked me what was wrong and I explained that Jessica was losing weight despite feeding almost constantly and now my milk supply was dwindling. She looked at the half-full bottle of water next to the cot and asked me if that was all I’d had to drink that day. Other than a rushed cup of tea, it was. Had I eaten? Just a couple of slices of toast earlier that day and perhaps a biscuit or two and it was now late afternoon. I had spent the entire day attending to Jessica’s needs whilst completely neglecting my own. I hadn’t wanted to leave her for a moment, running back to her cot at the slightest sound. She was on oxygen so wasn’t able to be carried far from her cot – I couldn’t take her to the kitchen with me whilst I ate so I had grabbed what I could quickly in the brief moments I had left her.

Very gently, the sister explained that if I was hungry and dehydrated, my body wouldn’t produce enough milk. She advised me to take a break for a while and make sure I had something substantial to eat and to drink at least two litres of water each day. She then said that if, after a day or so of making sure I ate and drank properly, I was still having supply issues, she would refer me to a local GP who could prescribe domperidone to help boost my milk supply. I gave in to the inevitable and asked if one of the nurses could give Jessica a bottle of formula whilst I took a break – thankful at least that I had been left to make this decision myself rather than have it pushed upon me. 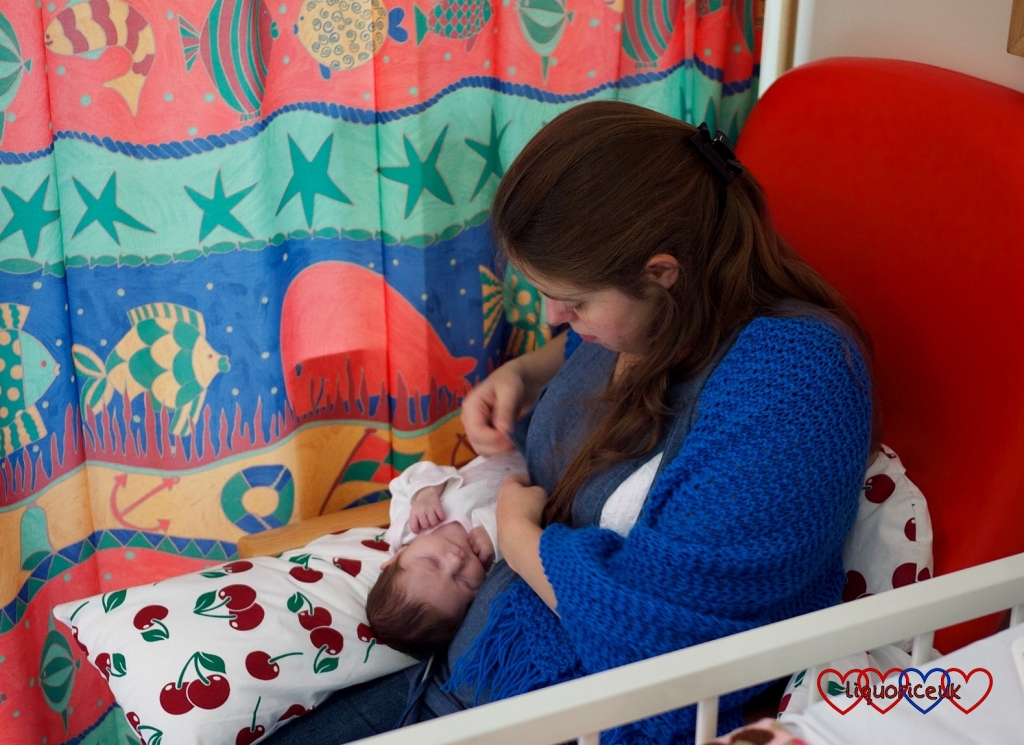 It seems logical now looking back, but in my tired state, I hadn’t grasped that not looking after myself combined with the stress of being in hospital with a poorly baby would have a detrimental effect on my supply. I took the nurse’s advice and made sure I took breaks and slowly, but surely, my milk supply started to improve again. Despite the ‘normal’ formula top-ups though, Jessica was still losing weight, and it took a switch to high-calorie formula top-ups in addition to the breastfeeding before she gradually started to put on weight again but we got there in the end. I also had a few lovely friends who read on Jessica’s blog that I was struggling with producing milk and then came to visit bearing parcels of food – fruit and cereal bars that I could eat whilst feeding Jessica. Having the support at a difficult time in our breastfeeding journey made a huge difference and I was very thankful for it. 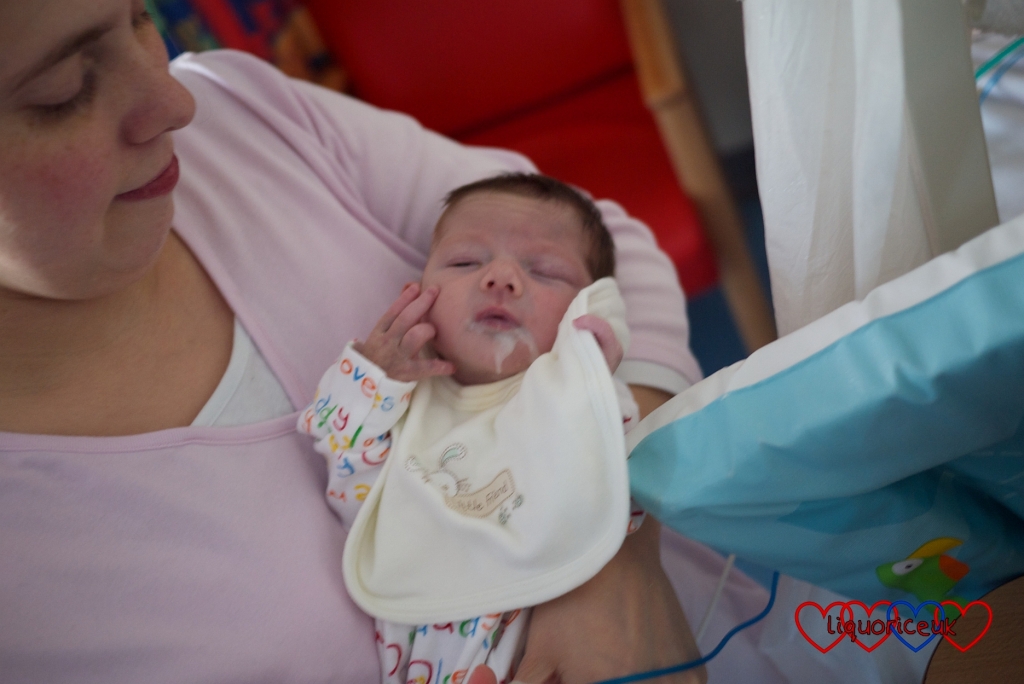 Linking in with Zena’s Suitcase for Breastfeeding Diaries:

4 thoughts on “Stress and supply”