The flowers are starting to appear in our garden and our crafts lately have been all about spring flowers too – creating a flower crown, making flowery pictures and creating our own mini garden as part of our spring crafts sessions.  Here’s our latest mini creations: 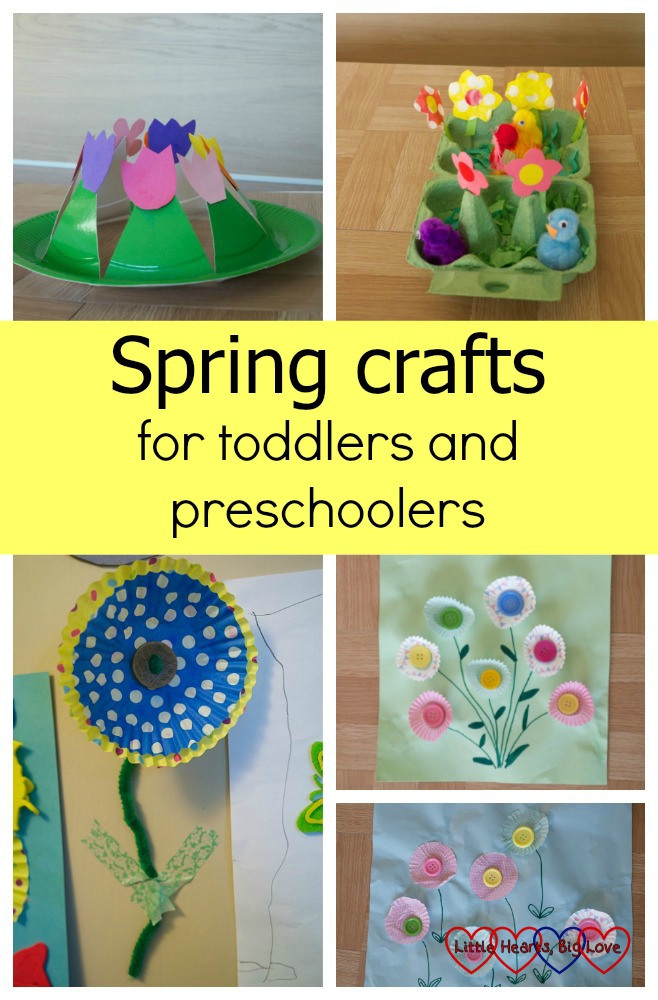 This pretty spring flower crown is easy to make – although little ones may need an adult to do the first part for them. 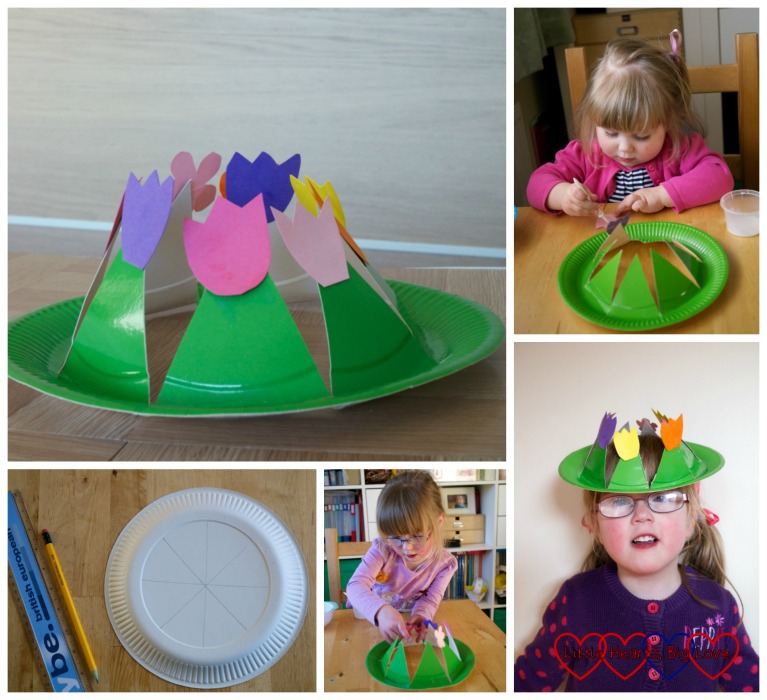 On the back of a paper plate, draw four lines to create eight segments (like dividing a cake).  Cut out the segments from the centre, stopping at the rim of the paper plate.  It’s easier to use a craft knife for this rather than scissors.  Fold up each triangular segment to make a crown.  Cut out flower shapes from coloured card and glue these on to the top of each segment.  We used PVA glue at first but found that the plate surface was a little too slippery – double-sided sticky tape was more effective at sticking the flower shapes to the points of the crown. 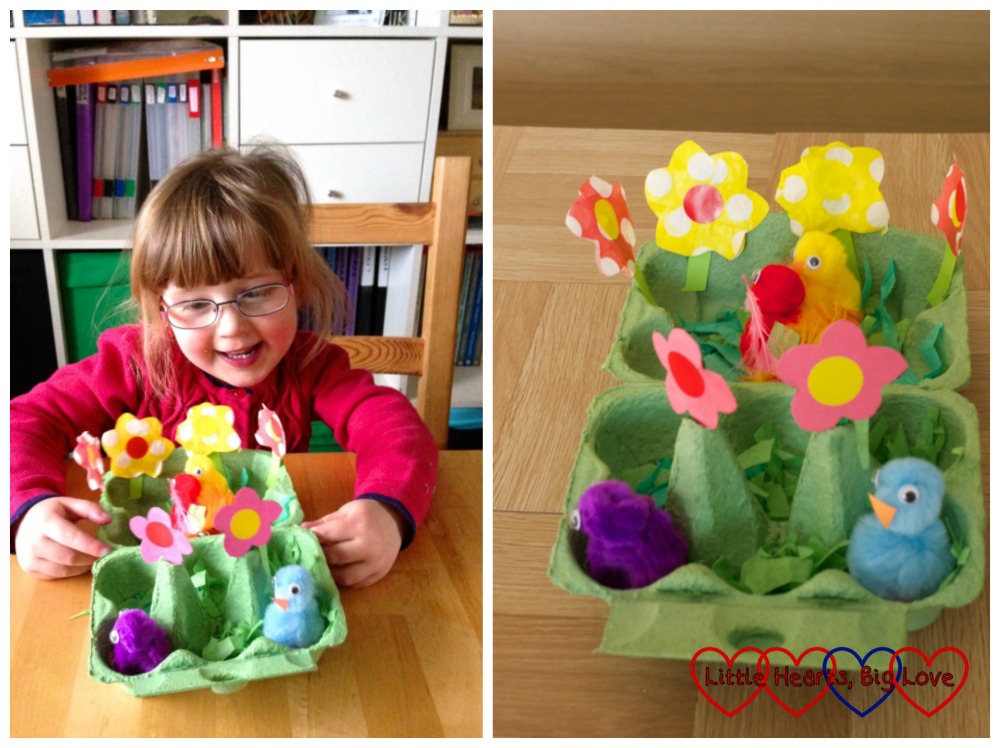 This was a lovely simple craft and kept my four-year old occupied for some time.  We filled an egg box with shredded green tissue paper to make grass and then stuck flowers cut from coloured paper around the middle and sides of the egg box.  The birds are made from two pom-poms stuck together with small triangles cut out of orange card glued on to make their beaks, and googly eyes. 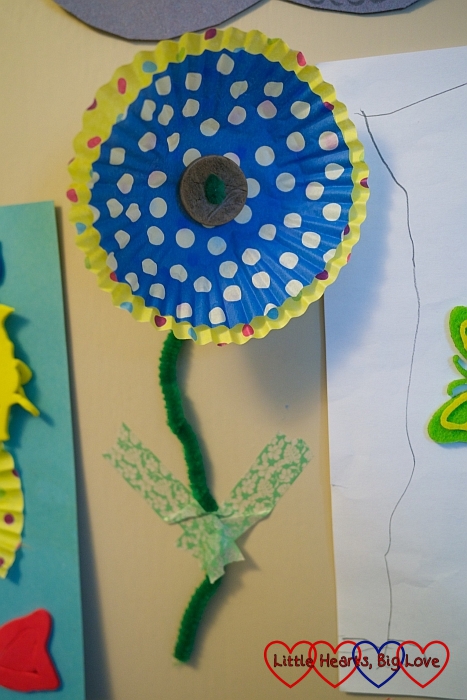 We turned our cupcake cases inside out so the pattern was on the inside of the flower as we were displaying them on a wall (using washi tape “leaves” to hold them in place) but if you’re displaying yours in a vase, then you don’t need to do this. 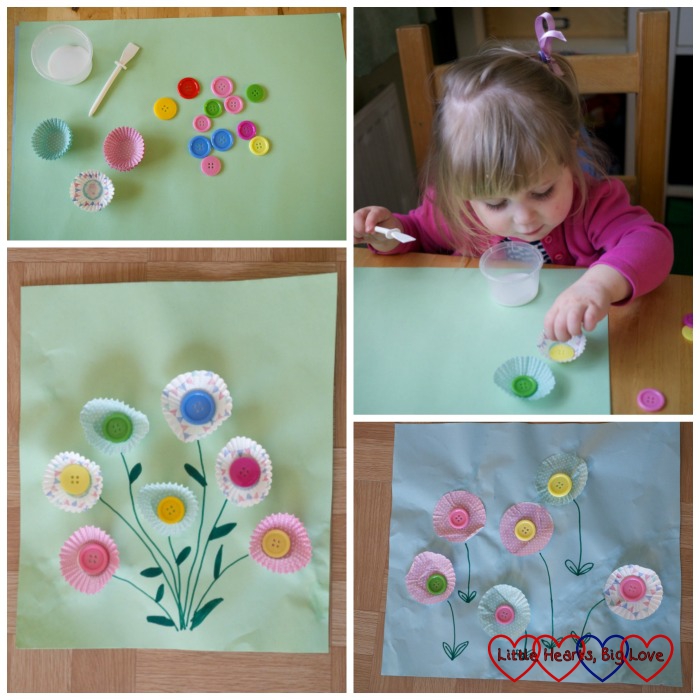 Another very simple activity for little ones to do themselves.  The flowers are made from cupcake cases (turned inside out so the pattern is on the inside) glued on to a piece of coloured paper with buttons glued into the centre of the cases.  It was interesting to see the differences in how my two girls created their cupcake flowers – Jessica, my eldest, preferred to squash her the cupcake cases flat before gluing the buttons on whereas Sophie preferred the cupcake cases to stand out.  I then drew in the leaves and stems with a marker pen once the glue had dried.

33 thoughts on “Spring crafts for toddlers and preschoolers”