Jessica loves taking part in sports day. For her, it is all about having fun and being with her friends, rather than about winning. Just taking part and crossing the finish line makes her a winner. This year, she got to take part in her first Girls’ Brigade sports day with her friends from the Explorers section. 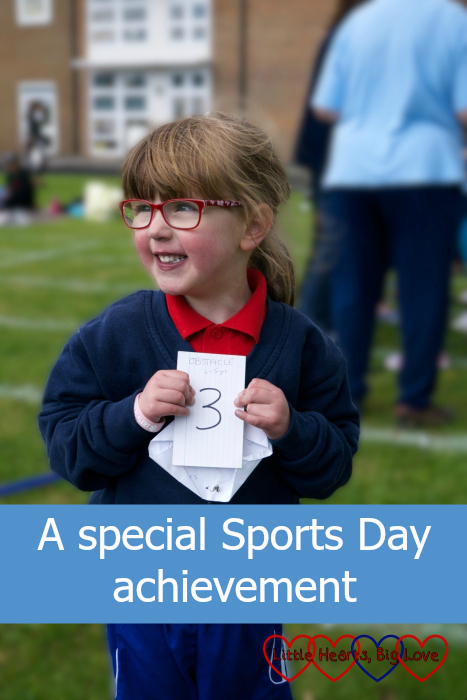 The date of the Girls’ Brigade sports day was a significant one in our calendar. It was exactly six years on from the day we were told that Jessica’s heart condition was so severe that post-birth surgery was unlikely to be an option. To be six years on from that devastating day and to be able to watch Jessica running around and enjoying herself was amazing. I have to confess I got quite tearful at times while watching her! 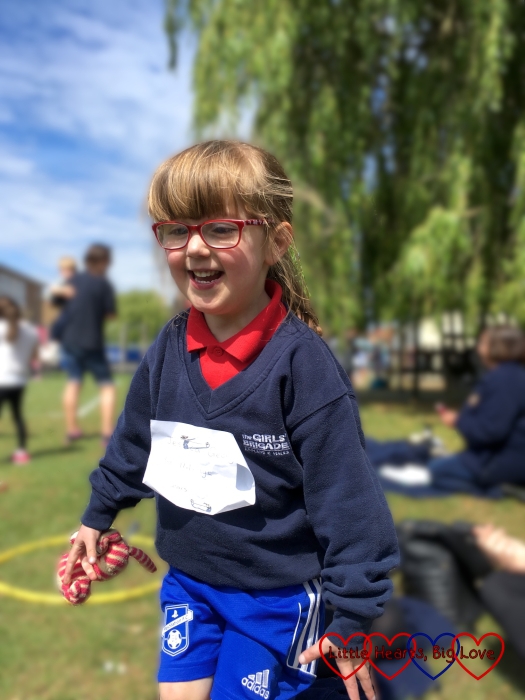 The girls in the Explorers section are aged from 4-8 and so each race was divided up by age. Each company could enter two girls from each age category in each race. There were three girls in Jessica’s age category so they had to split the races between them. The leaders were very considerate of Jessica’s needs when it came to choosing which of the races she would take part in. They chose the ones that would need the least amount of stamina so as not to tire her out too much.

Sophie was quite keen to join in too. She wasn’t too impressed at not being able to take part in the races! Once she had got over her disappointment, she was quite happy wandering around the field and playing football with Daddy. 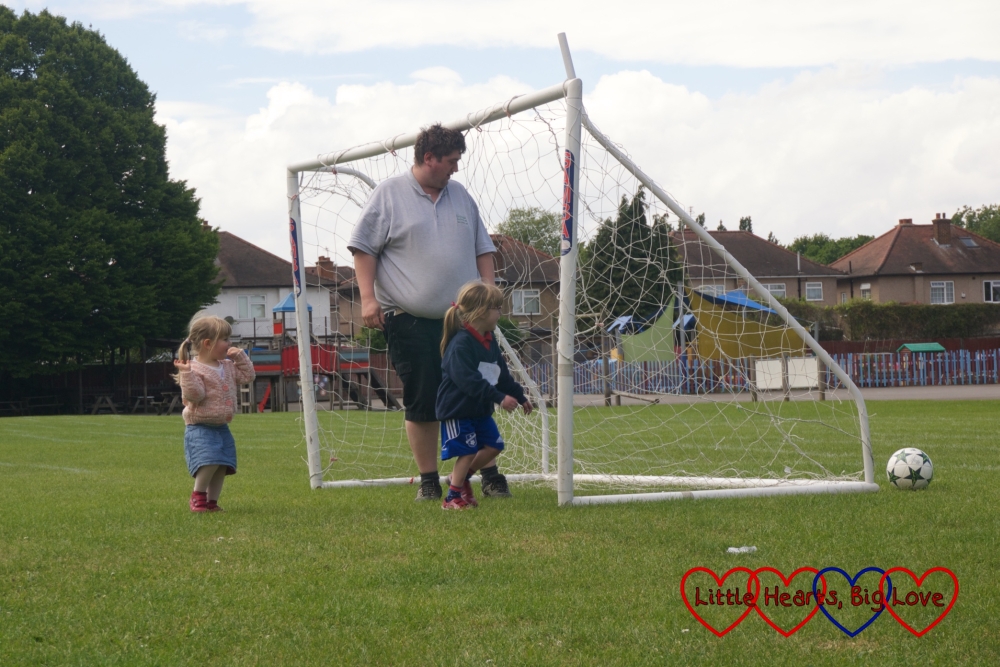 Jessica was quite happy cheering her friends on from the sidelines. She took part in three races. The first was the egg and spoon race. As usual, she crossed the finish line way behind the others but was quite happy just to take part. 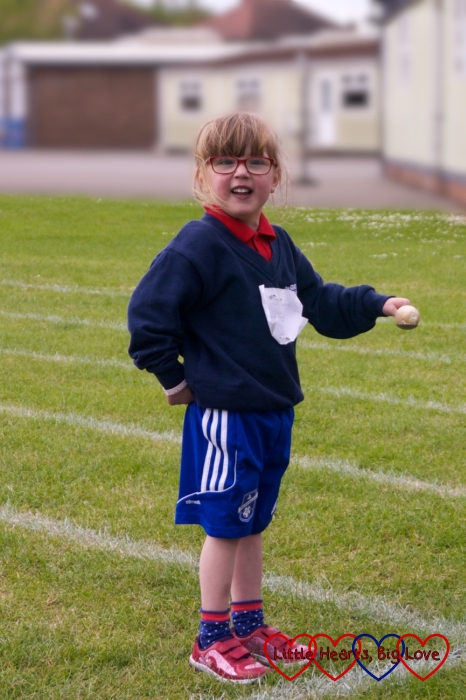 The next race was the dressing-up race. Jessica had to pick up and put on a hat, a scarf and a bag on her way to the finish line. Once again, she finished last – but with a big grin on her face as usual! 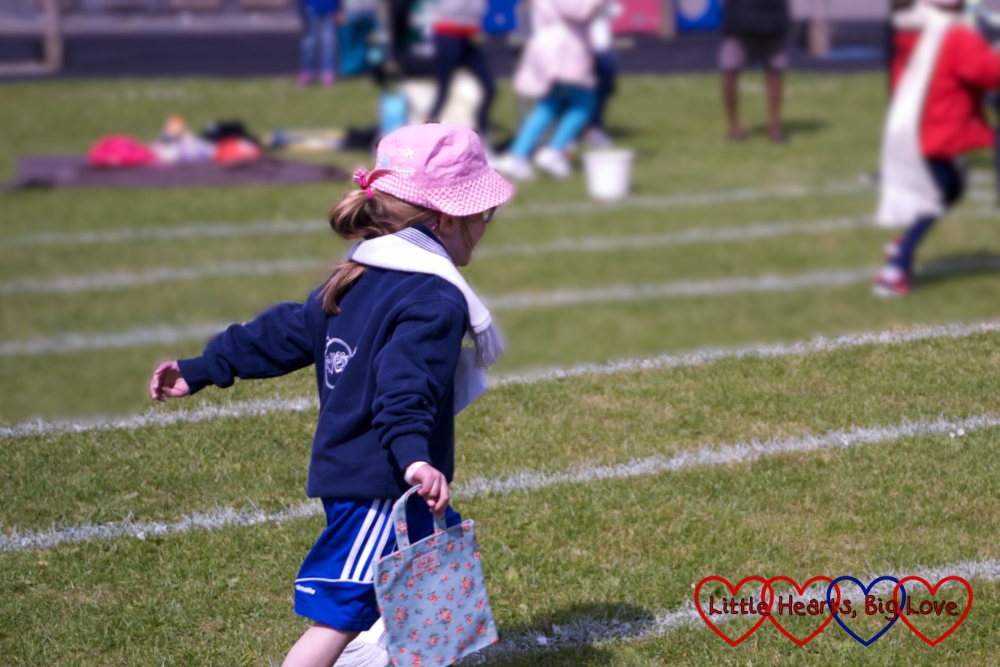 I fully expected that she would come last once again on the obstacle race but this time, I was wrong. The girls started by pigeon-stepping towards the first obstacle: a hula hoop. Jessica’s pigeon-steps weren’t quite so small as the others though – and she was in front. The next obstacle was the bean bag. She was supposed to put it on her head but threw it instead and headed for the hurdle which she stepped over with ease. 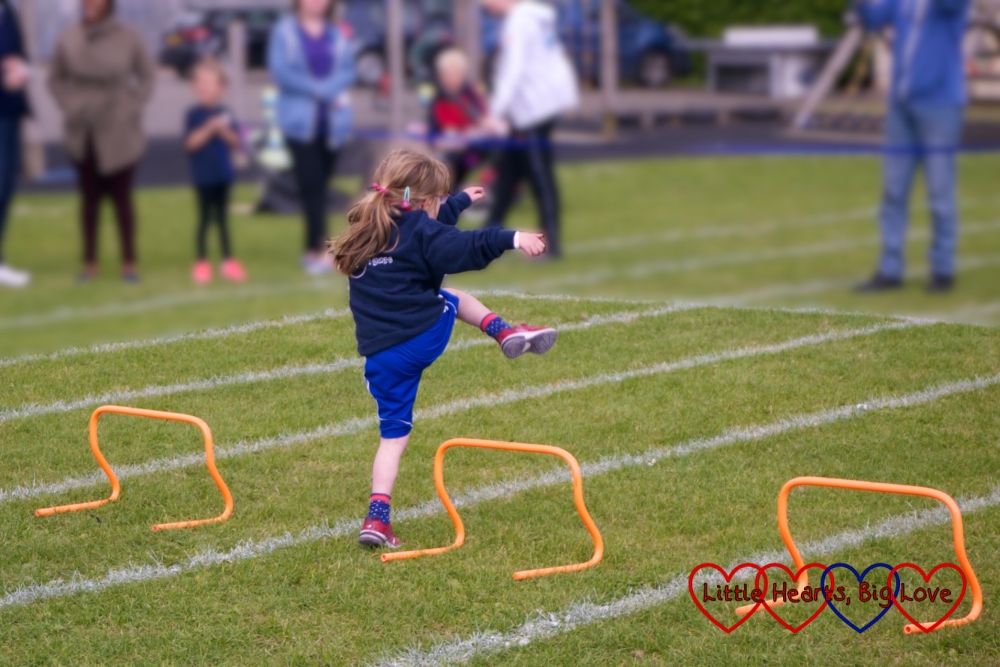 She did remember to walk backwards for the last section and managed to cross the line in third place! Admittedly, there was some slight bending on the rules taking place. I don’t think Jessica had completely grasped all the instructions. There were just too many of them for her to remember. It didn’t matter though – she got her third place anyway! For Jessica, just to finish “not last” is an achievement – to finish in the top three and score some extra points for her team was fabulous! She also got to take home a certificate too. 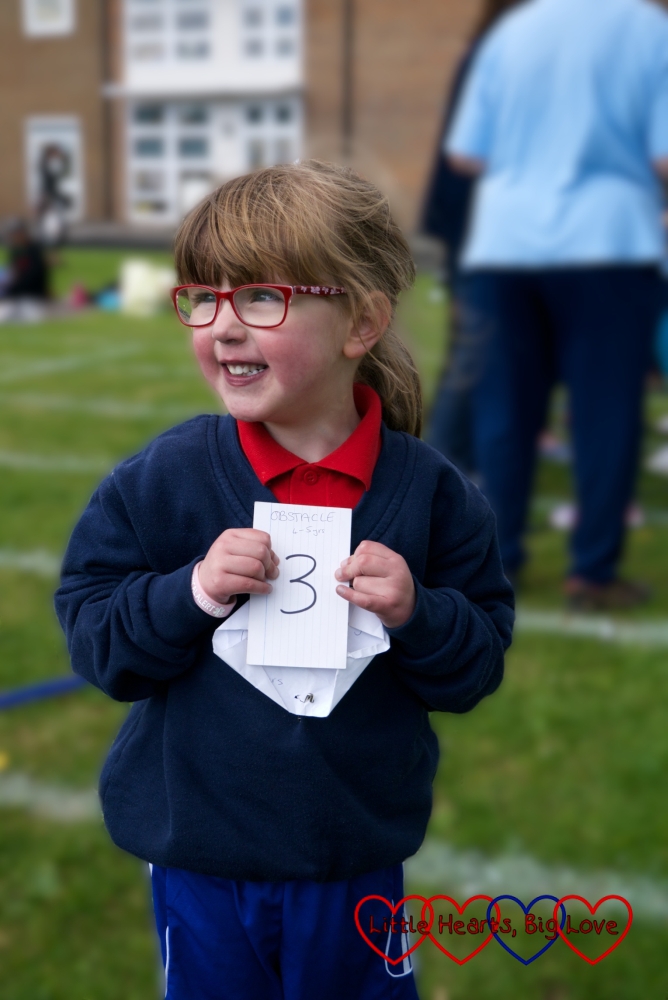 The effort of coming third in the obstacle race had clearly tired Jessica out though. She chose to sit out for the relay race. She managed a quick kick around with Daddy with the last of her energy reserves but then hit the wall energy-wise quite abruptly. We had a very upset and overtired little Jessica on our hands. Thankfully we had brought her buggy with us. Being able to sit in it and rest, while watching her friends and knowing that she didn’t have to walk back to the car, made her a little happier. 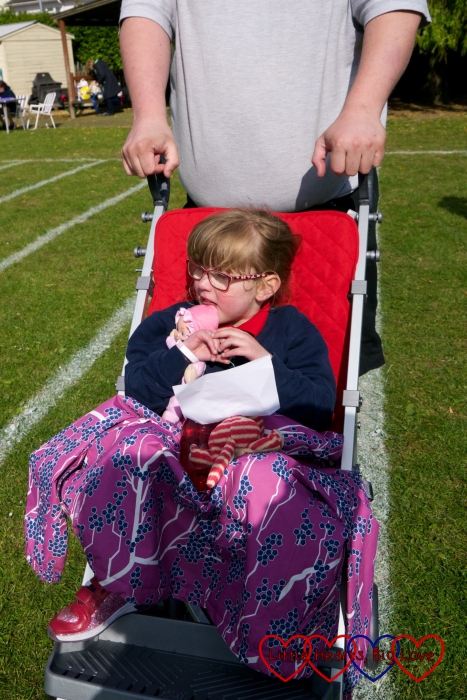 Sophie also got to take part at the end in the siblings’ race. She didn’t have a certificate on the day but Captain gave her one at church the next day which Sophie was very happy with.

The girls both had fun running about in the sunshine. I did have two very tired little girls in the car on the way home. Both of them were asleep within minutes of getting in the car! 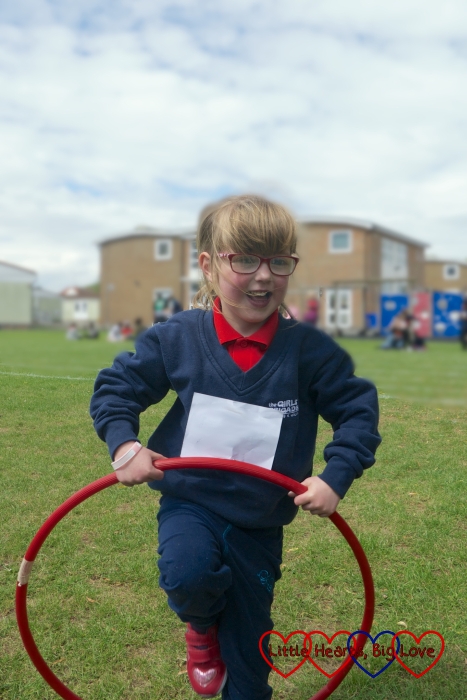