I love watching Sophie and Thomas playing together. Thomas has nicknames for everyone at the moment – he’s ‘Woof’, Sophie is ‘Meow’, Jessica is ‘Squeak’, Daddy is ‘Moo’ and I am ‘Ribbit’. It’s adorable watching him snuggle up to Sophie and saying, “I love you, Meow” and hearing her respond, “I love you too, Woof”. Not quite sure why we’re all named after animal sounds but it makes me smile. I love that Thomas has included Jessica in this too.

This month has been a busy one with events at school and through the various activities that the children do, plus an increased workload for me at the moment so I’m later than usual sharing our siblings post. The photos were taken earlier this month though, while Sophie and Thomas were enjoying their early morning snuggles, wrapped up in the ‘Jessica blanket’. Candid sibling shots with Jessica included are hard to come by – these are the nearest I can get to candid shots with all three of my children together. 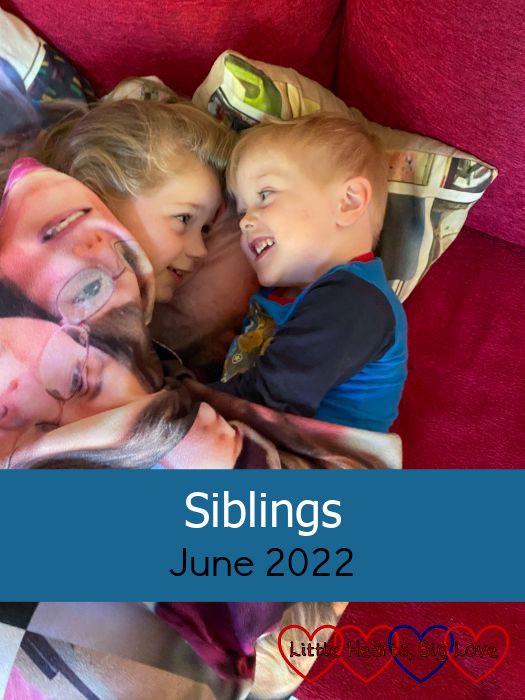 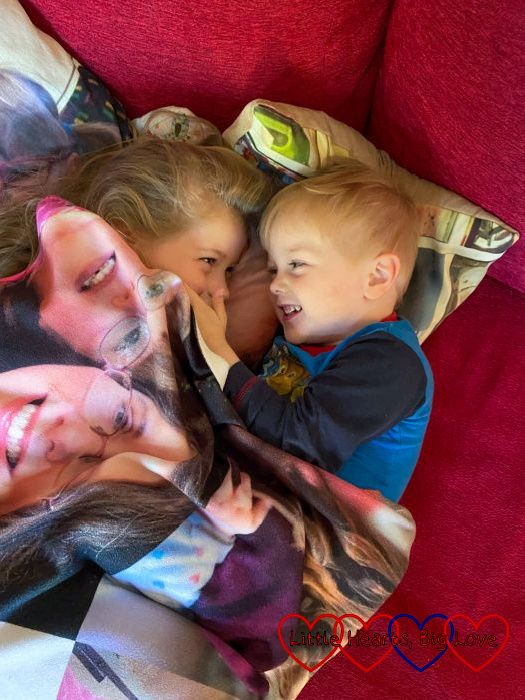 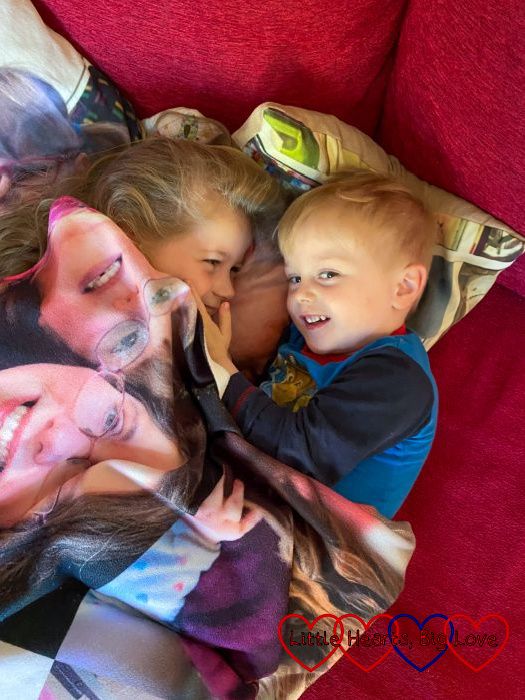