We had our first snow of the winter at the beginning of the month which seemed like the ideal opportunity to take some photos for February’s Siblings photo project. 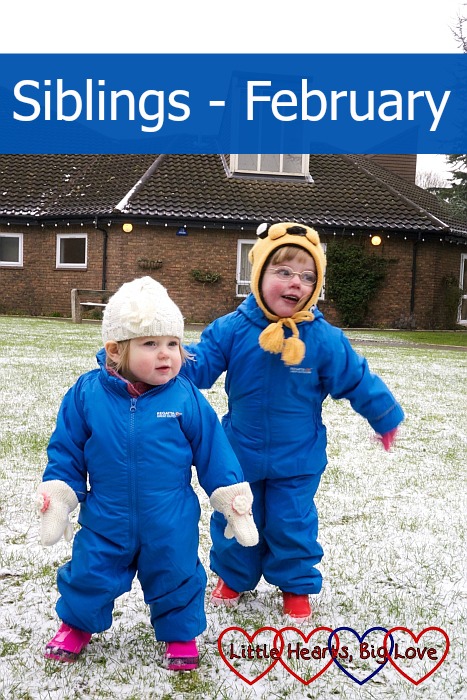 The last month has been the first month since Sophie’s arrival where the girls have spent ‘awake’ time apart from each other, with Jessica being at preschool for two days a week. I thought Sophie might miss her sister, but she seems quite happy to enjoy the one-to-one time with Mummy and doesn’t particularly seem bothered that Jessica is not around on those mornings. What is lovely though is to see how happy they both are to see each other – lots of cuddles and kisses (albeit all too soon followed by squabbles over toys once we are home again – but thankfully these tend to be brief power struggles and then they are back to playing happily again!) 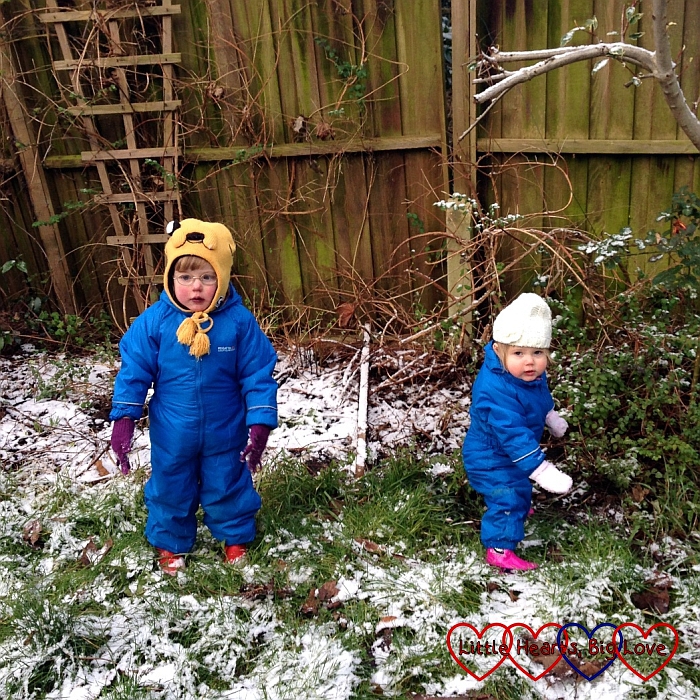 Jessica is usually the more affectionate of the two and loves to give her baby sister cuddles, whereas Sophie likes to be independent and will tolerate cuddles for so long before she wants her own space. Sophie’s way of showing affection is mostly by giving toys although she will give an occasional spontaneous open-mouthed sloppy kiss (although rarely on request). 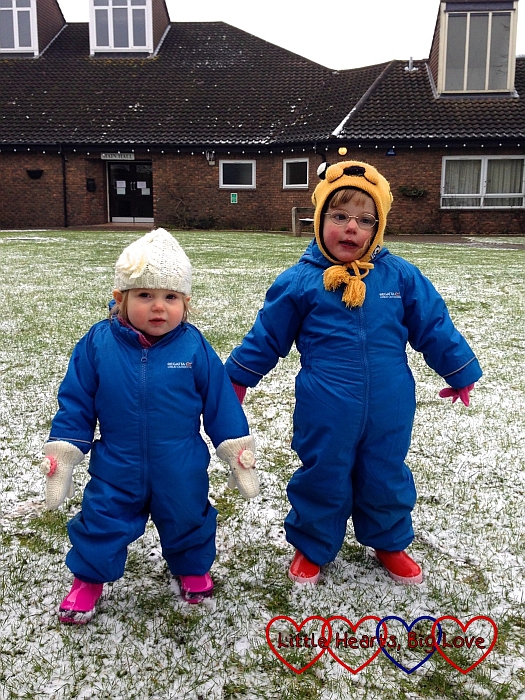 Whilst Jessica is still the bossy one of the pair and will often demand that Sophie “hold hands!” if they are running around together, we are now starting to see little glimpses of Sophie starting to assert herself – particularly a moment recently where Jessica was climbing on the sofa and Sophie was shouting “get down!” at her. 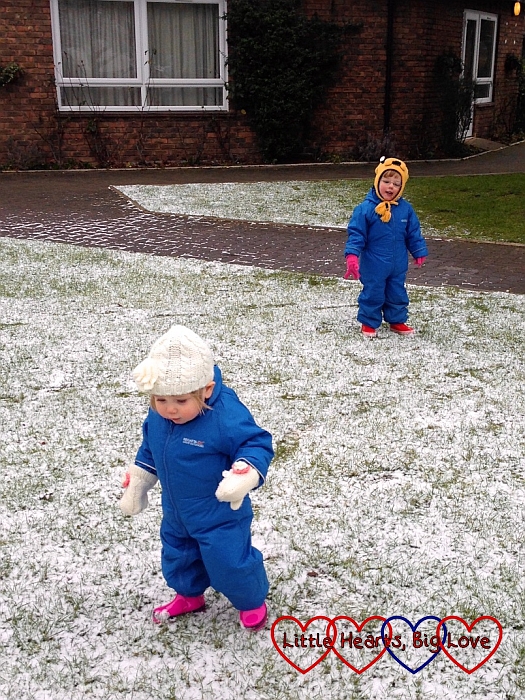 Now that Sophie is becoming increasingly chatty, it is lovely to watch them talking and singing together and to hear them making each other laugh. The bond between them grows stronger by the day and despite the little squabbles, on the whole they seem happiest when they are together. 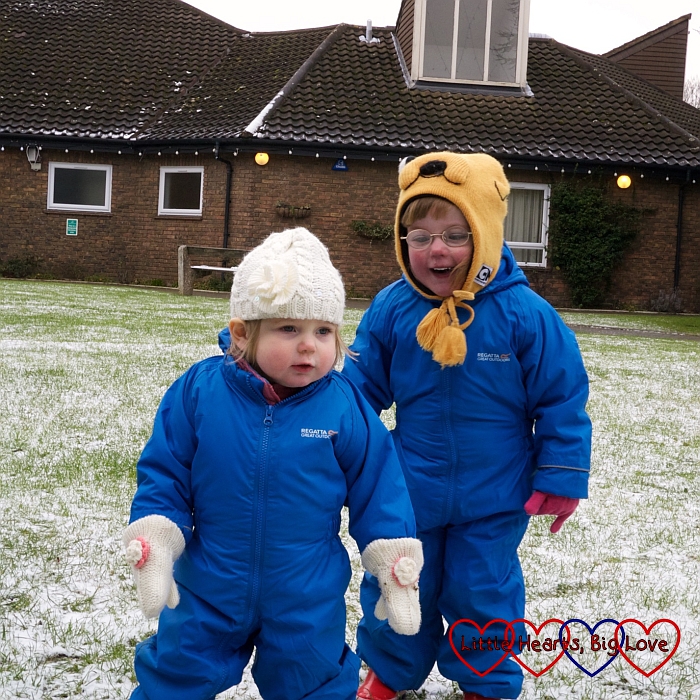 Seeing them enjoying snow together for the first time was magical although it would have been nice to have a bit more of it! It was Sophie’s first time out in the snow and she was a bit nonplussed about the cold white stuff whereas Jessica was quite fascinated by how it made her slide extra slippy. It was lovely to see them both having fun outside together as we made our way to toddler group (only the second time Sophie has walked there rather than be carried in the toddler carrier) although it was a shame that it had all melted away by the time we went home again. 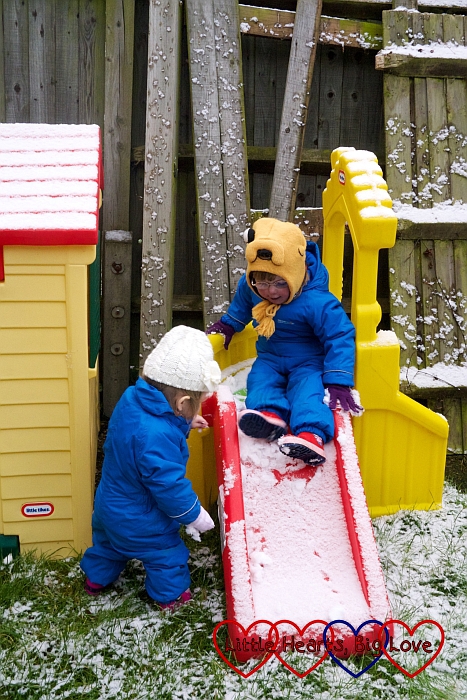