This time of year is all about the magical moments. One of my favourite things about preparing for Christmas with two small children is seeing their excitement as it draws closer. The first thing the girls ask me each morning is if they can open their ‘chocolate calendar’. In the evenings, they take it in turns to add a picture to our Advent scene and open one of the books in the Advent book calendar.

We’re only halfway through December but we’ve already seen Santa a few times so far with at least one more planned visit to come before Christmas Day. I’m amazed that the girls haven’t started questioning why they’ve seen him so often when he’s supposed to be busy making toys at the North Pole. No doubt that will be a question I’ll have to answer at some point though! 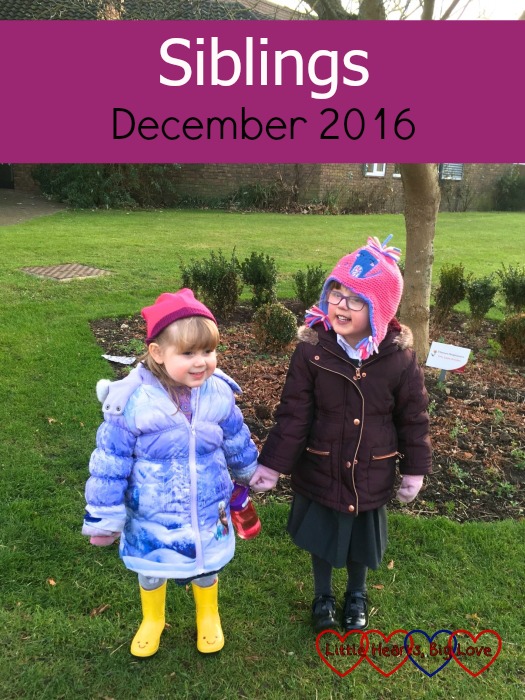 This month has seen a little shift in the bond between my girls. They’ve always been close and enjoyed playing together but I’m becoming more aware of them as a team and the way they’ve started to unite when playing together or creating mischief. There’s more of a sense of us as parents against them as a little team together. I have to say I do love seeing how they work together – even if I can be on the receiving end of mischief as a result of it! There are moments when Jessica is very much the big sister telling Sophie what to do, but there are moments too when they work together as equals which is beautiful to watch. 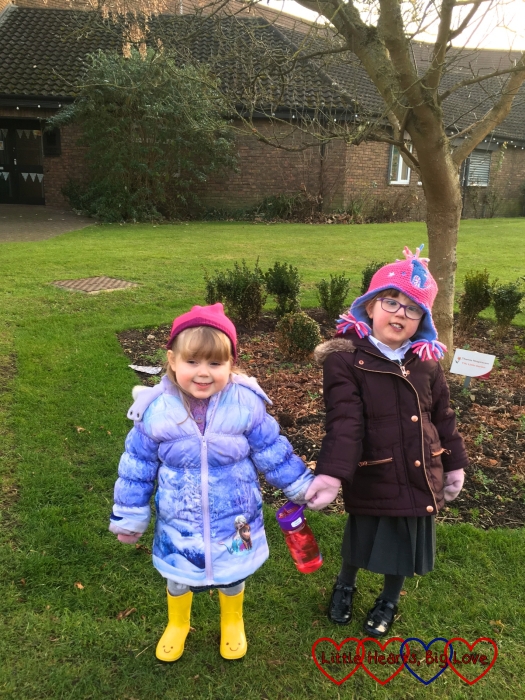 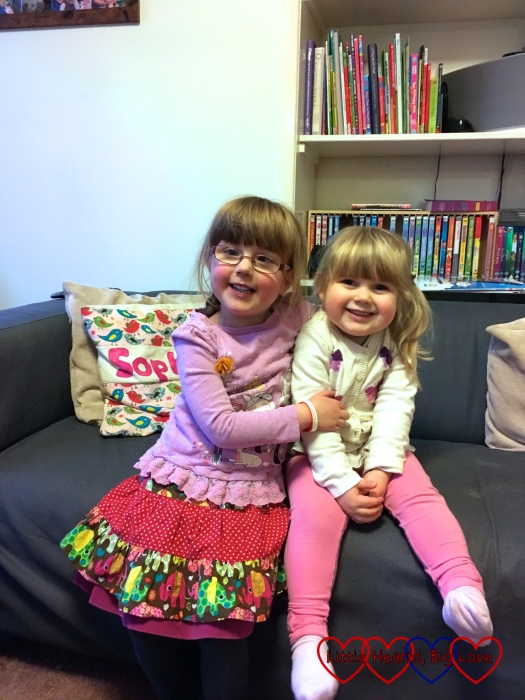 It’s hard to believe that another year of joining in with the Siblings project has come to an end. It’s lovely though to look back over a year of siblings photos and see the little changes in my girls. What strikes me most looking over the year though is how that age gap between the two of them seems so much smaller at the end of the year than it did at the start. In January’s photo, Jessica is very much the big sister with Sophie still not much more than a toddler. By the end of the year, they are two little girls together and looking more like equals. 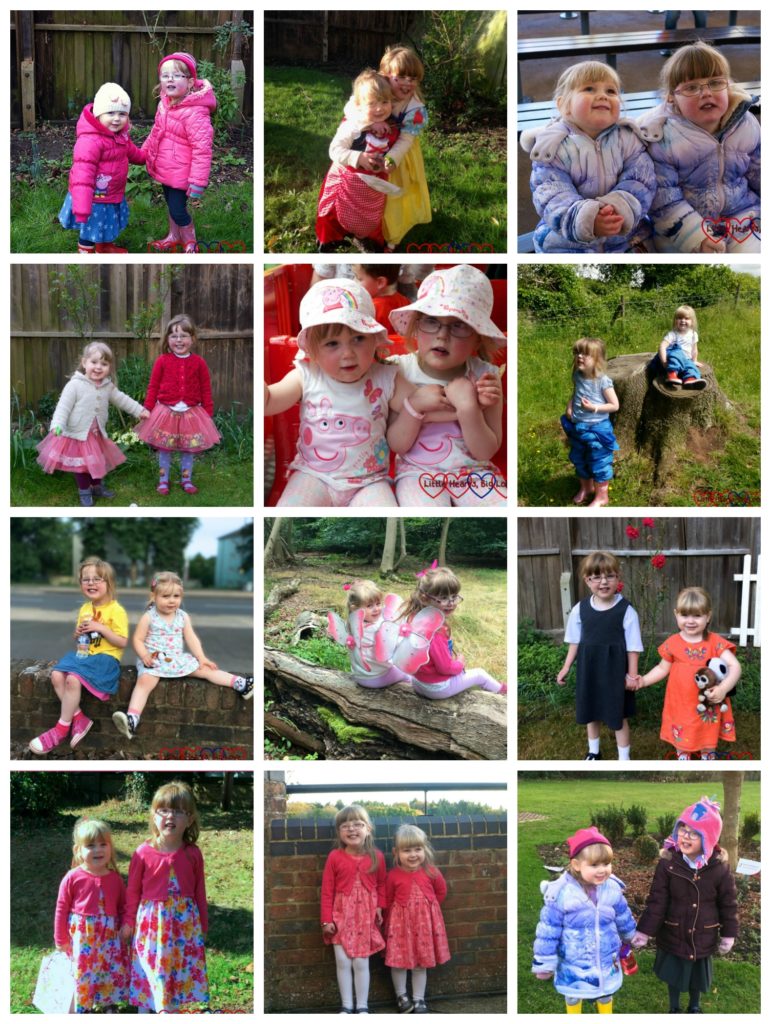