This last month has been all about holidays, completing challenges, spending time with family and just having fun together. The girls have enjoyed our trip to the Isle of Man where we completed our gold postbox challenge, a weekend away in Bristol hunting for the Shaun the Sheep sculptures and a week with Auntie Fizz and their cousins. I love seeing the four cousins together – despite the age gap between my nieces (who are 9 and 11) and my daughters, they have a wonderful bond. My nieces love to help look after my girls and the four of them have had such fun together – playing in the park, going swimming or jumping in the ball pit at the soft play centre. 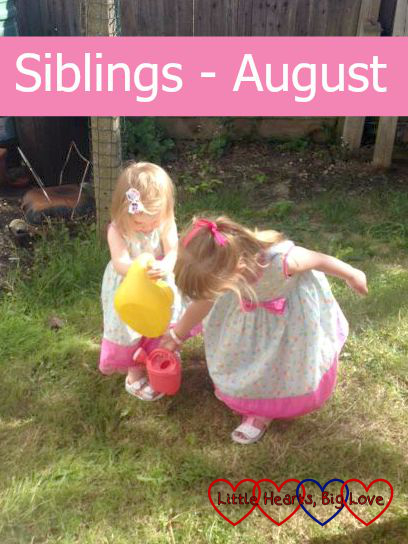 Sophie is beginning to join in more with imaginative play rather than just knocking over Jessica’s carefully constructed mini world (although there are still times when she does just that!) Their favourite game seems to be chasing each other around the room and then grabbing each other for cuddles – unfortunately though this often ends with one accidentally knocking the other over resulting in tears! 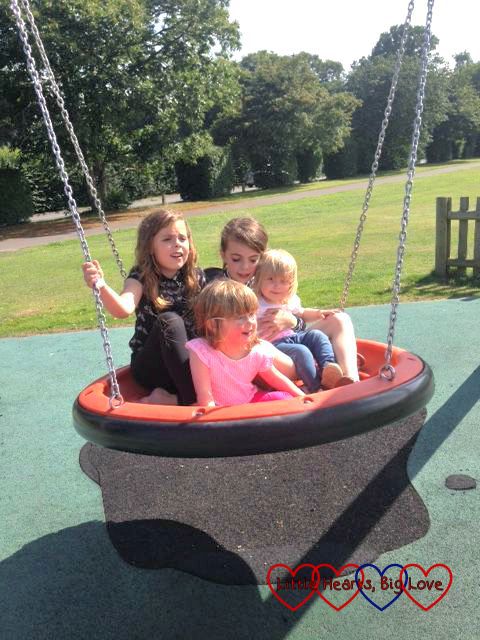 Jessica is very much the protective big sister and can be quite bossy at times – “No Sophie, you mustn’t do that! Mummy be cross!” whereas Sophie just wants to join in with whatever her big sister is doing.  Of course we also have the moments when they annoy each other, but these are easily outweighed by the moments when they are happily playing together and being loving. 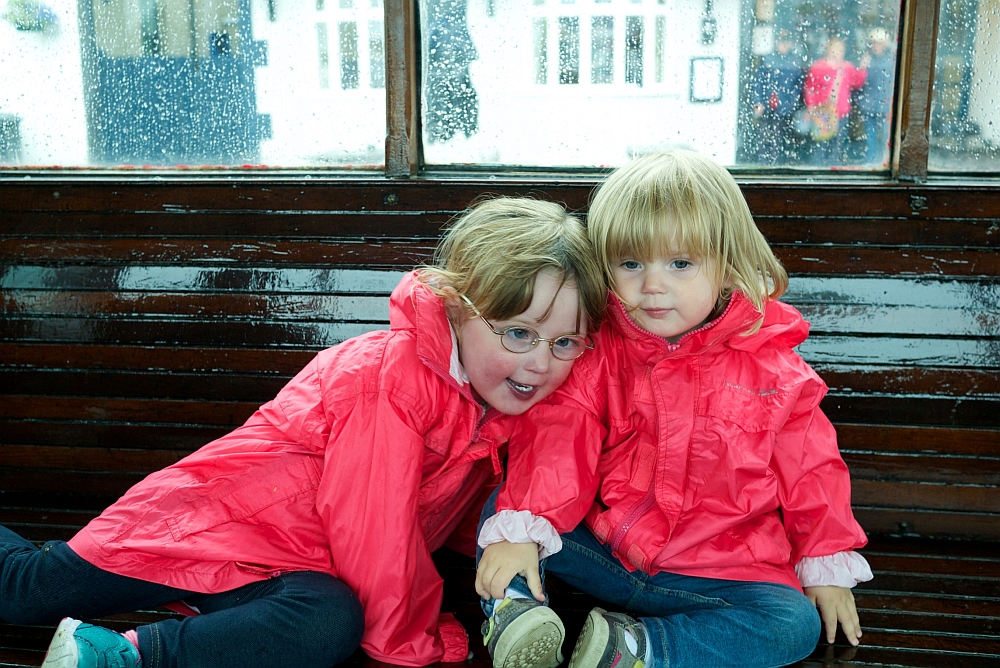 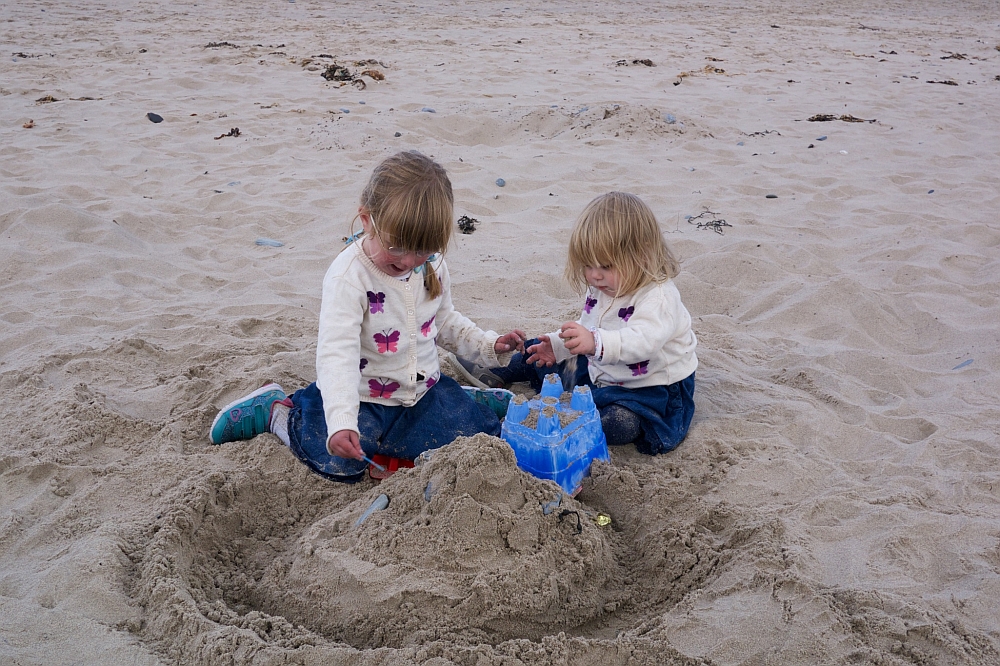 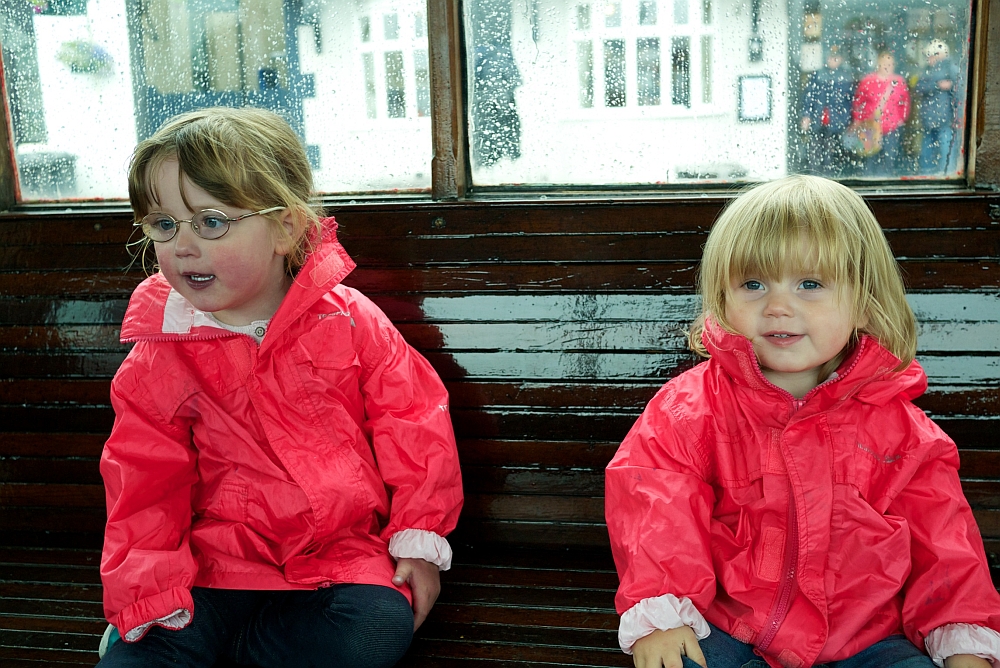 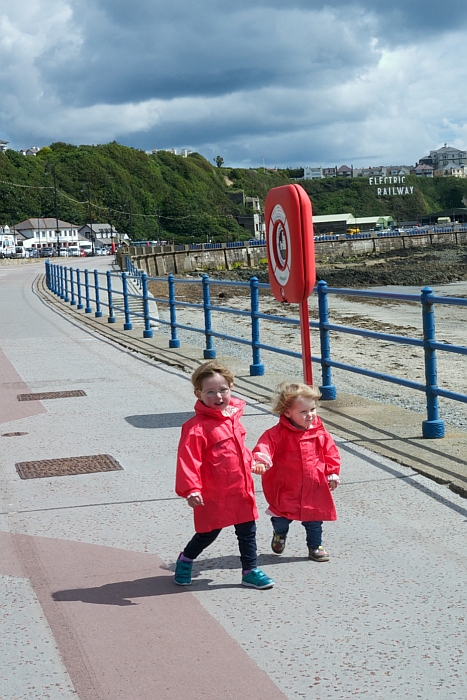