One of Jessica’s favourite models when we visited Babbacombe Model Village was the miniature Stonehenge. “Look Mummy! Stonehenge! The Go Jetters went there!” We told her that we would be going past Stonehenge on the way home. Maybe we could stop and take a closer look. Jessica was delighted. “And take a souvenir selfie? And Mummy can put the Go Jetters on the photo just like on my CBeebies birthday card!” 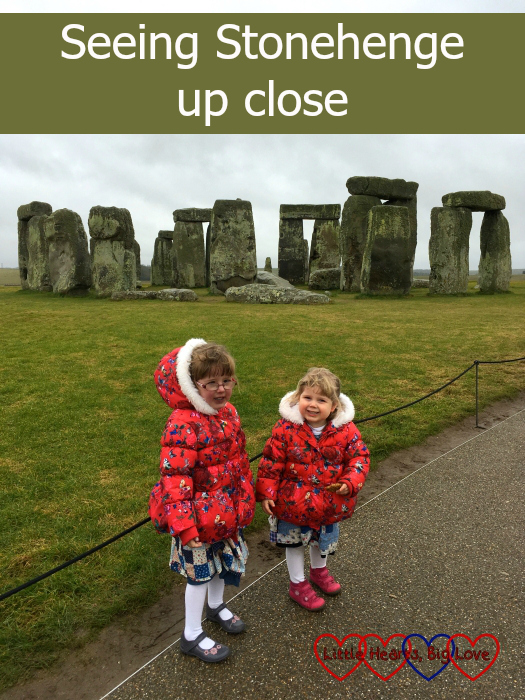 The CBeebies birthday card has become a bit of a birthday tradition. I currently have a 100% success rate when it comes to getting a card on TV (hopefully I haven’t just jinxed it!) Last year, Jessica has a Go Jetters themed card with a “souvenir selfie” of her and the Go Jetters at the Eiffel Tower. I played around with one of my old photos to create it. Jessica’s never been to Paris. Thank goodness for photo editing software!

If your little ones are CBeebies fans you’ll probably know that the Go Jetters are four characters who travel around the world with their mentor, a disco-dancing unicorn called Ubercorn, and save well-known monuments and sights from the baddie Grandmaster Glitch. It’s one of the girls’ favourite programmes. I love the fact that it teaches them about different places. I often find myself looking up places on Wikipedia afterwards to learn more about them too!

Anyway, back to Stonehenge. The place where the Go Jetters stopped Grandmaster Glitch from using the stones as a giant domino rally set. I’d only visited once before (about twenty years ago) although hubby was there for the summer solstice one year which was quite an experience.

It was a very cold and rainy day. We only had an hour to spare due to being en route to a friend’s birthday party. English Heritage manage the site although National Trust own the surrounding land. If you’re a member of either you can visit for free although it’s recommended that you book ahead for a timed ticket to visit the stones. It was one of those times when National Trust membership is very handy especially as the visit would have cost us around £40 for a family pass otherwise. 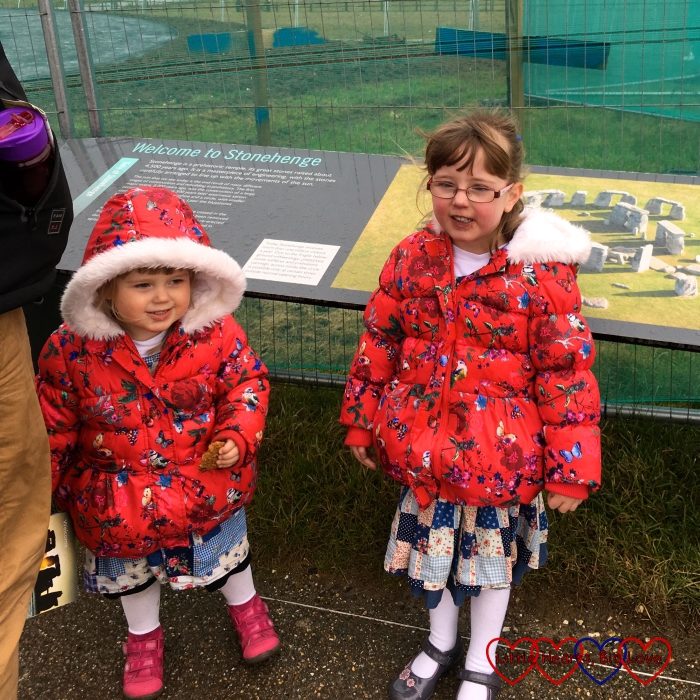 We hadn’t booked a timed ticket, but it wasn’t a busy day to visit. We boarded the shuttle bus which was already waiting at the stop. A few minutes later, we were at the stones.  Jessica got very excited as the stones came into view. “Look Mummy! Look! It’s Stonehenge!” It might have been cold and raining but nothing was dampening this little girl’s enthusiasm!

We took a couple of pictures of the girls near the stones. Jessica insisted on having one on her own so I could create a Go Jetters “souvenir selfie” for her. 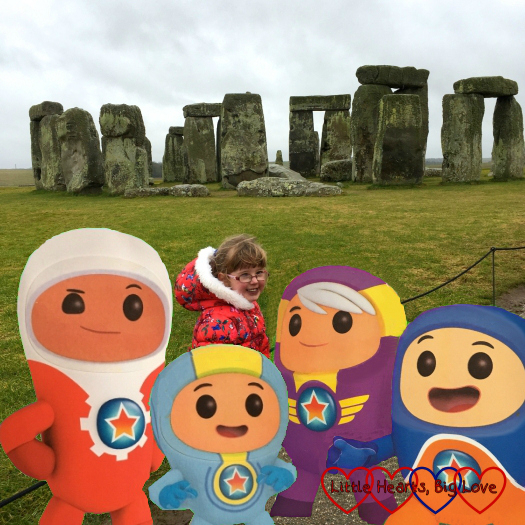 It might have been short and sweet but it was lovely to see the girls’ enthusiasm at getting to see Stonehenge up close. Maybe we’ll visit again next time we’re passing and manage a slightly longer trip!

40 thoughts on “Seeing Stonehenge up close”