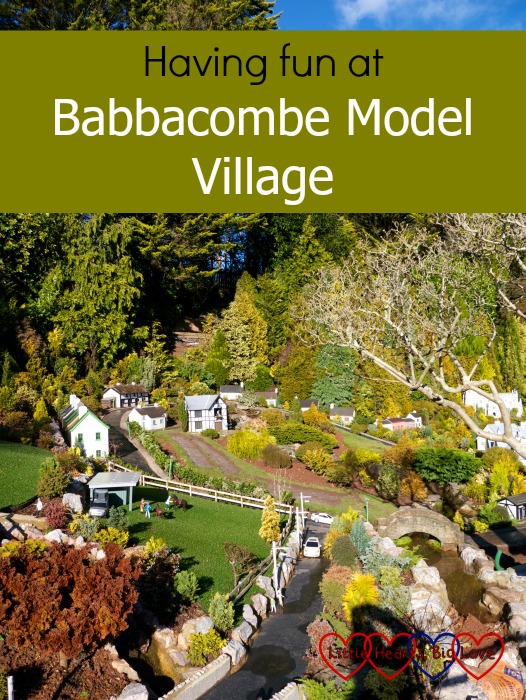 When we arrived, we were given a sheet of paper with various things for us to look out for. This included Wally from Where’s Wally, a ghost in a tower, a dragon and various letter characters. Jessica particularly enjoyed finding the different letters and telling me various words that she knew that started with that letter. 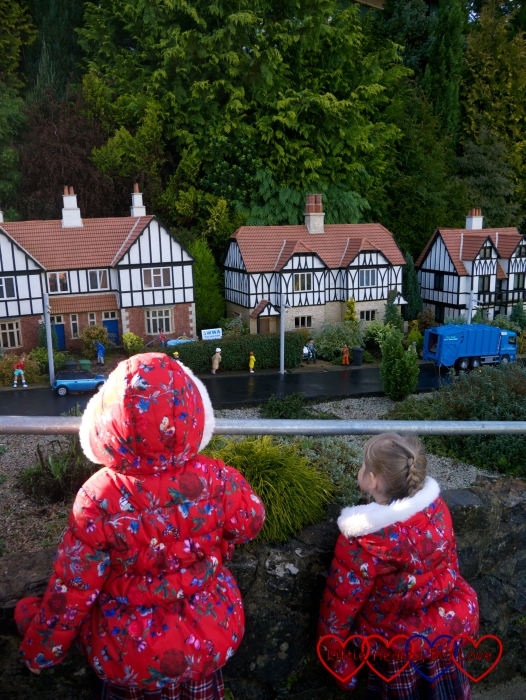 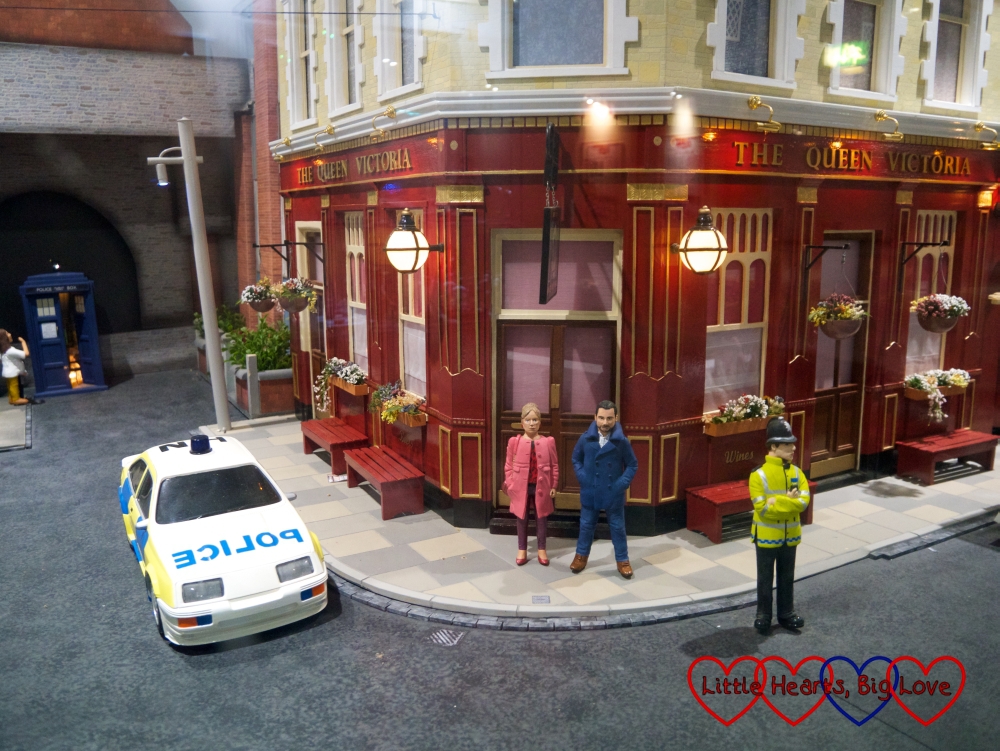 We spent ages looking at the Celebrity Mansion and trying to identify the different celebrities. There was a list nearby of some of the ones we could spot. I have to admit to having barely heard of some of them. I’m hopelessly out of touch with who the latest celebs are! There wasn’t much chance of me being able to spot them, although hubby was a bit better at it! The miniature Paignton Zoo was much more up the girls’ street. They loved seeing the little train and all the animals. 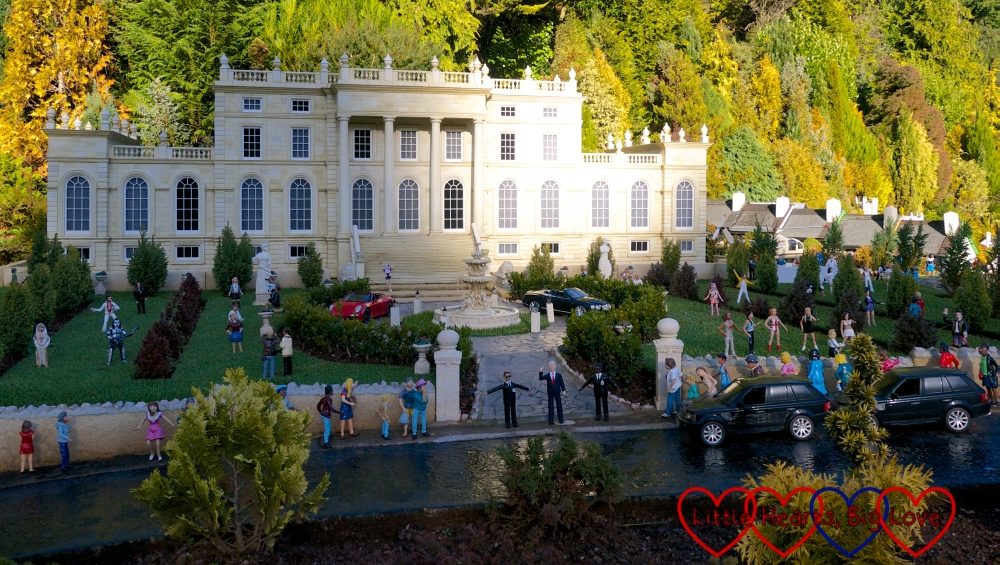 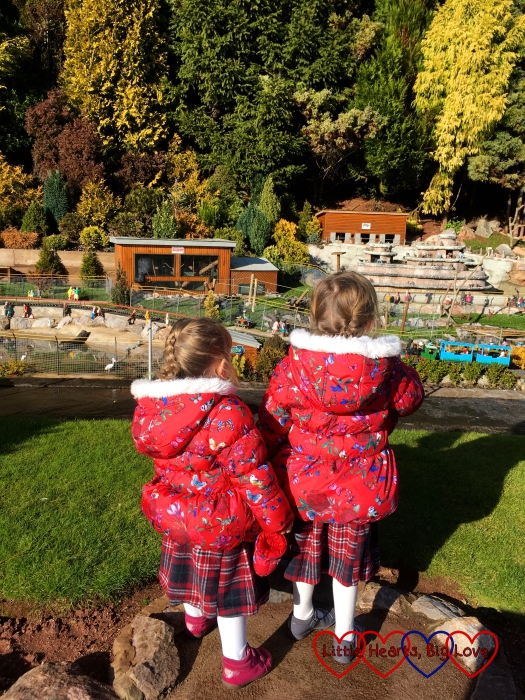 There was a crazy golf course at the far end of the model village and the girls had a wonderful time playing golf. Jessica wasn’t too bad at trying to hit the ball and get it through the various obstacles whereas Sophie’s preferred technique was just to pick the ball up and put it where she wanted it to go! The girls enjoyed the crazy golf so much we went around twice. 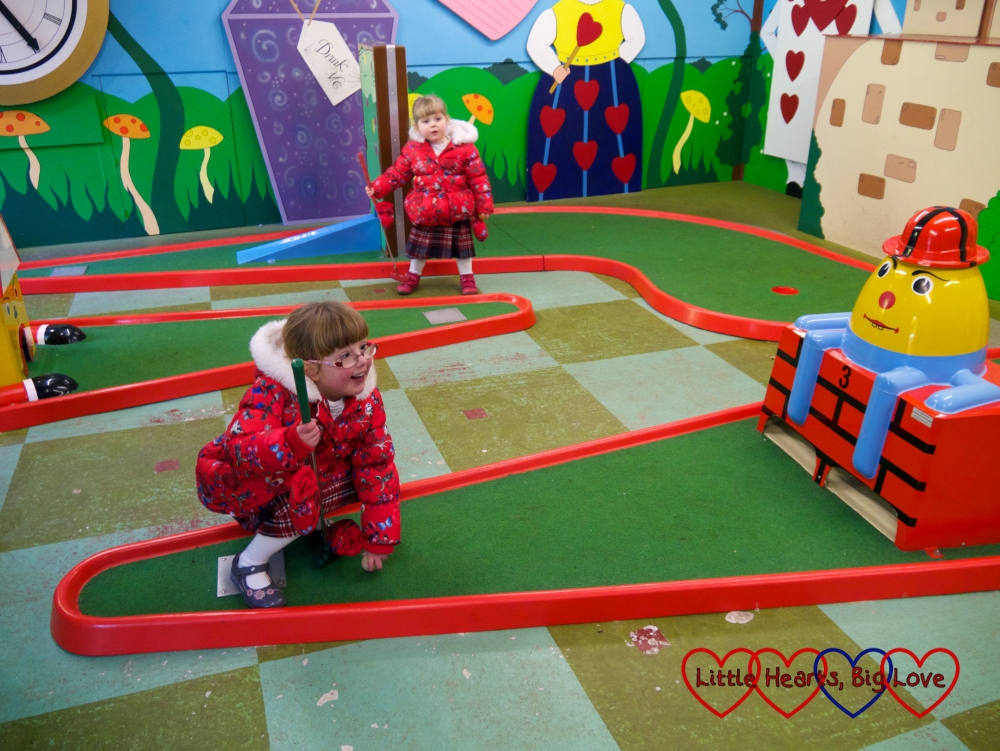 Near the crazy golf was a hut with various scenes from history, film and TV. This was one of my favourite parts of the village – so many different characters to spot. There were scenes from Lord of the Rings, Star Trek and Scooby Doo, characters from Harry Potter and some children’s TV favourites. Jessica and Sophie loved the models of the Tweenies characters. 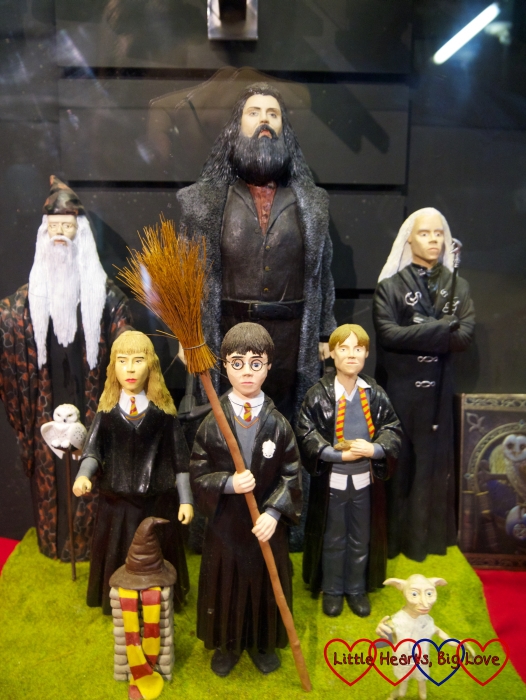 The weather had been kind to us up until this point but it was now starting to rain. The timing was perfect though as we had timed tickets for the 4D cinema and the show was about to start. The girls loved the tale of the two knights trying to rescue a princess and defeat the dragon. They really enjoyed the 4D experience although I found there was a little too much seat dropping for my liking. At one point the scene showed mice running around the knights’ feet and I suddenly got a blast of air around my feet which made me shriek! I kept my feet up after that! 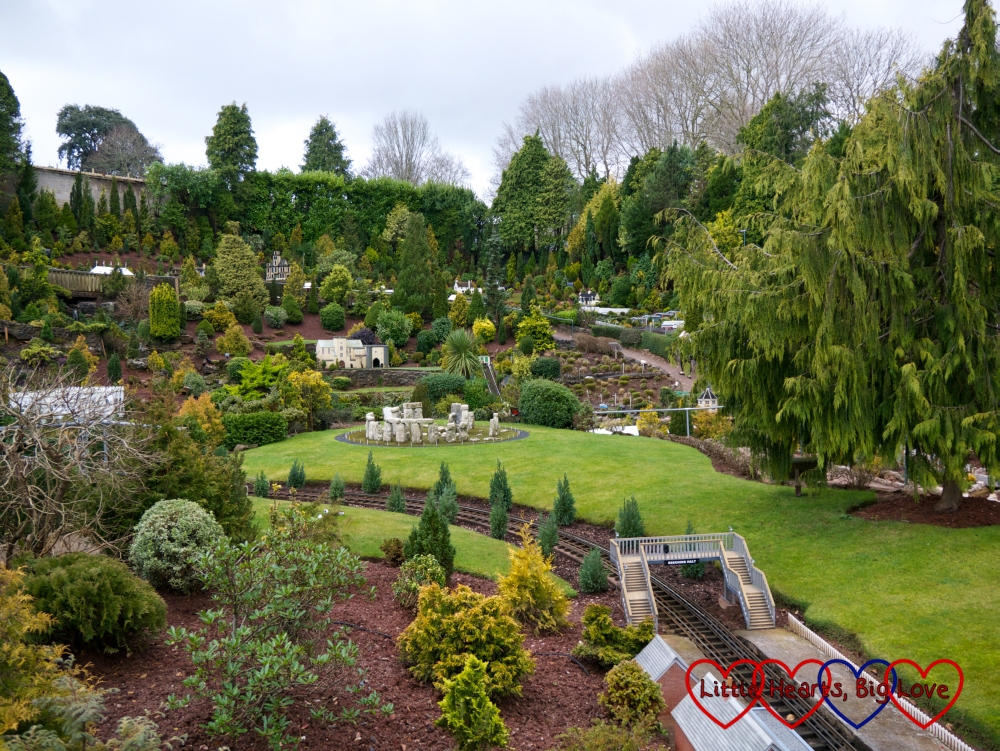 The weather had cleared up by the time the film finished and we explored the areas of the village we had yet to see. The highlight was the model of the castle with a dragon breathing fire. 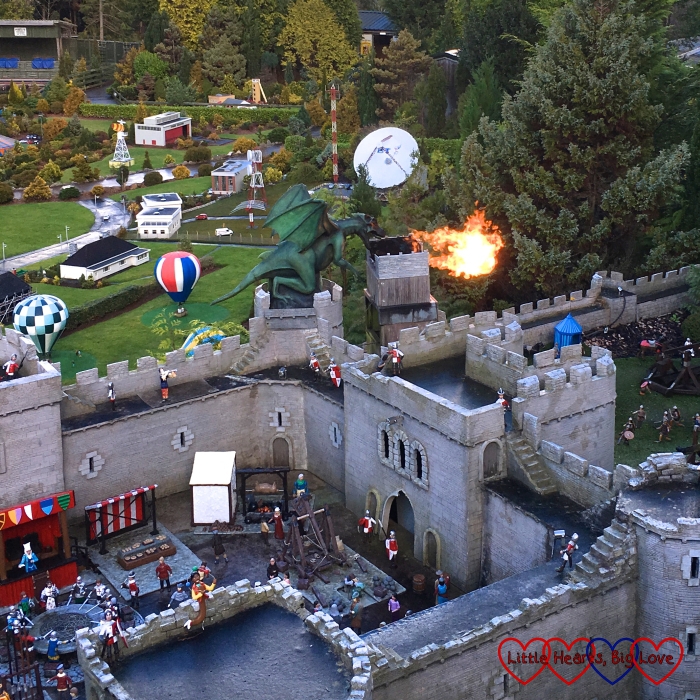 We didn’t manage to spot all the things on our list but we found most of them and had fun trying. It was a lovely way to spend a couple of hours as a family.  If you’re in the Torquay area with little ones, Babbacombe Model Village is well worth a visit. 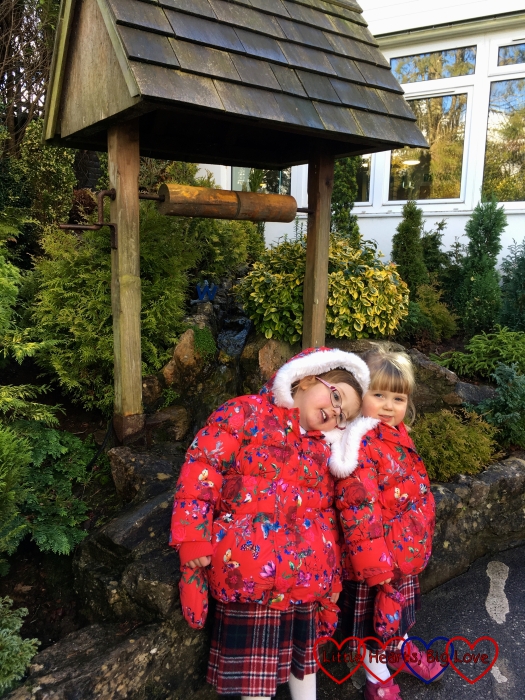 41 thoughts on “Having fun at Babbacombe Model Village”