Ruislip Fairy Village has been on my list of places to visit for a while now. We were unable to visit until recently though as the village was vandalised last year and forced to close. It’s now been restored and re-opened on Easter Sunday. With Sophie starting back at Tiny Talk classes nearby, we finally managed to pay it a visit. 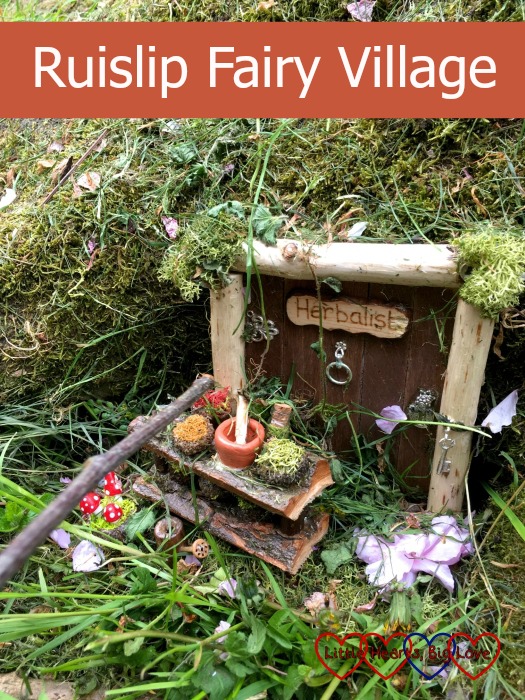 The Fairy Village is in a small wooded area near the Winston Churchill Hall. We parked at nearby Manor Farm a short distance away from the Fairy Village. Sophie had brought her Periwinkle fairy doll with her in case we spotted any of Periwinkle’s friends. 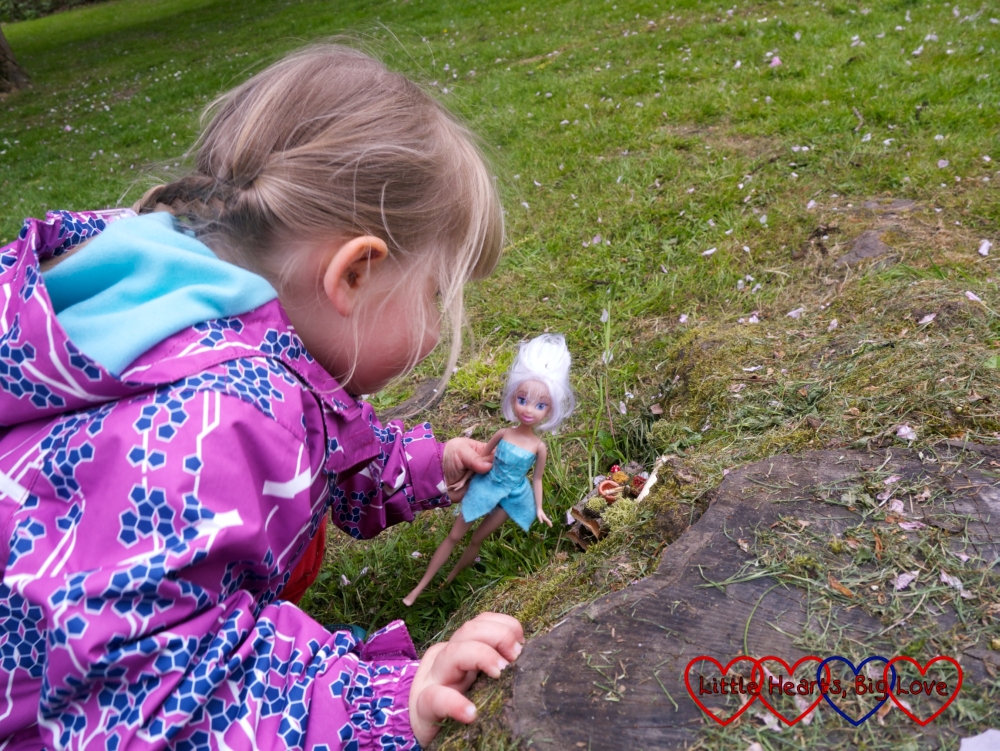 The fairy village looked particularly pretty with all the pink blossom covering the trees around it. Sophie soon spotted the first of the fairy doors in the trees and was soon dashing from tree to tree, squealing with excitement “Look Mummy, another one!” 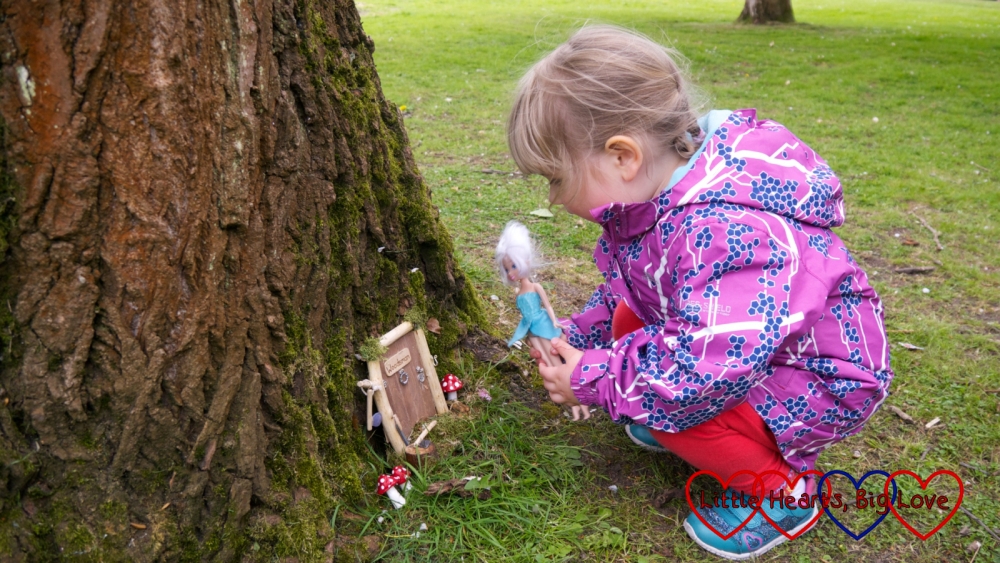 Each fairy door was different. There was a good witch, a dressmaker, a fairy dust maker and various other types of fairy.  I loved all the little details – the washing outside the fairy laundry, the miniature artwork outside one fairy cottage and the potions outside the herbalist’s cottage. 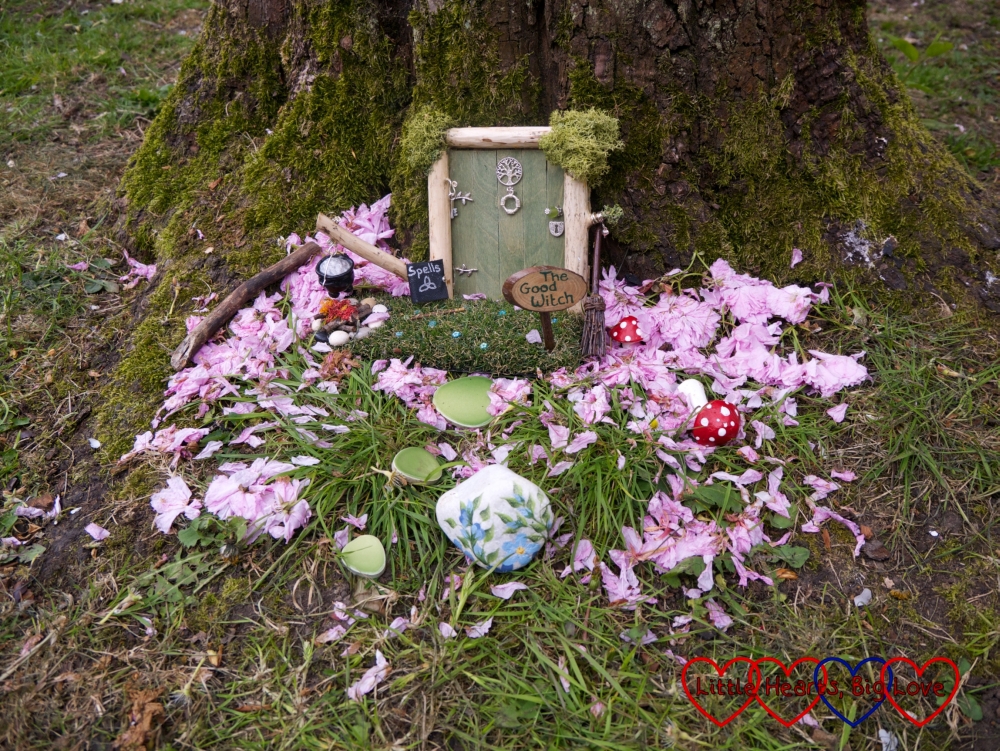 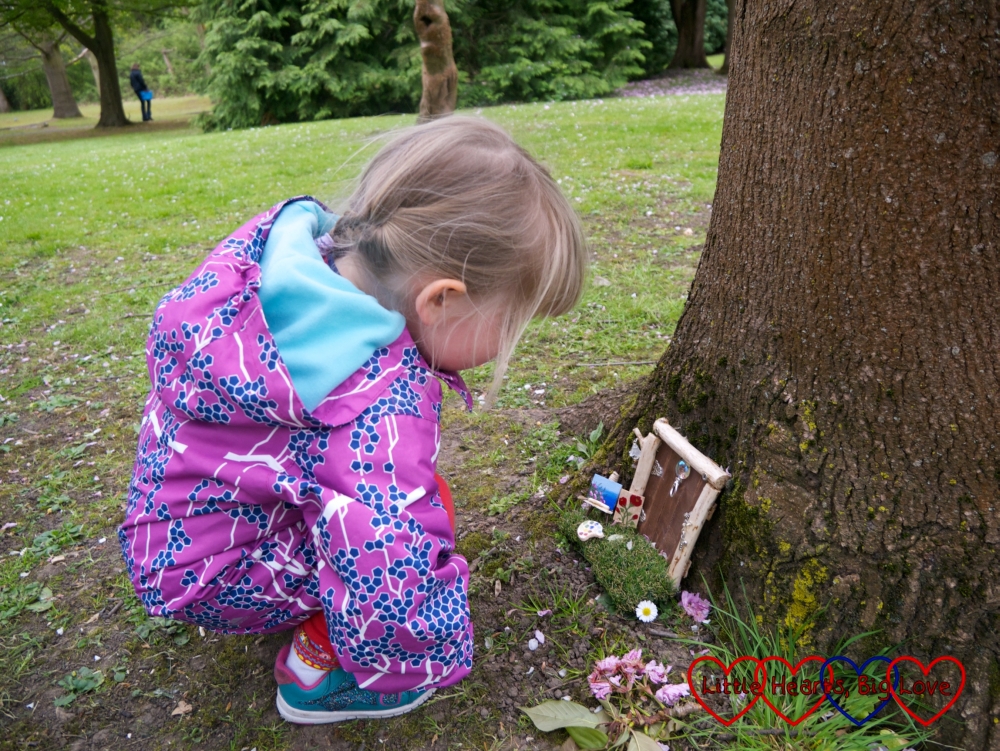 Sadly we didn’t spot Periwinkle’s sister Tinkerbell or any of the other fairies. Sophie was sure that Tinkerbell lived in the herbalist fairy’s cottage though. She insisted we leave a daisy and a blossom bouquet for Tinkerbell to find when she opened her door. 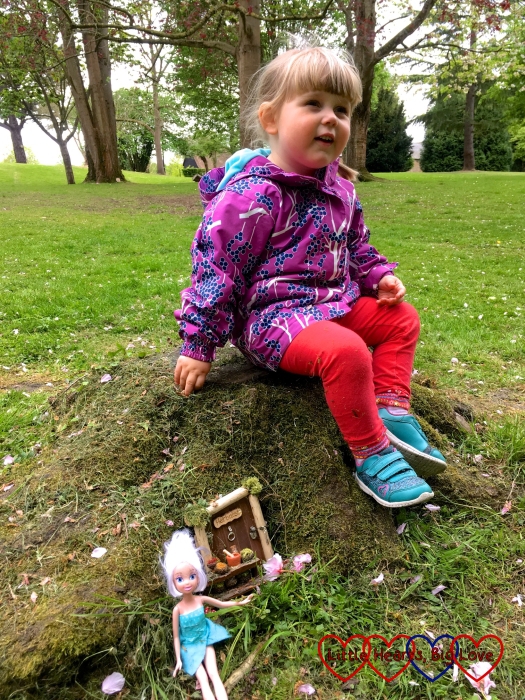 Sophie also had fun trying to catch the blossom falling from the trees. She didn’t manage to catch any but she did pick some of the fallen blossom to stick in her nature book. 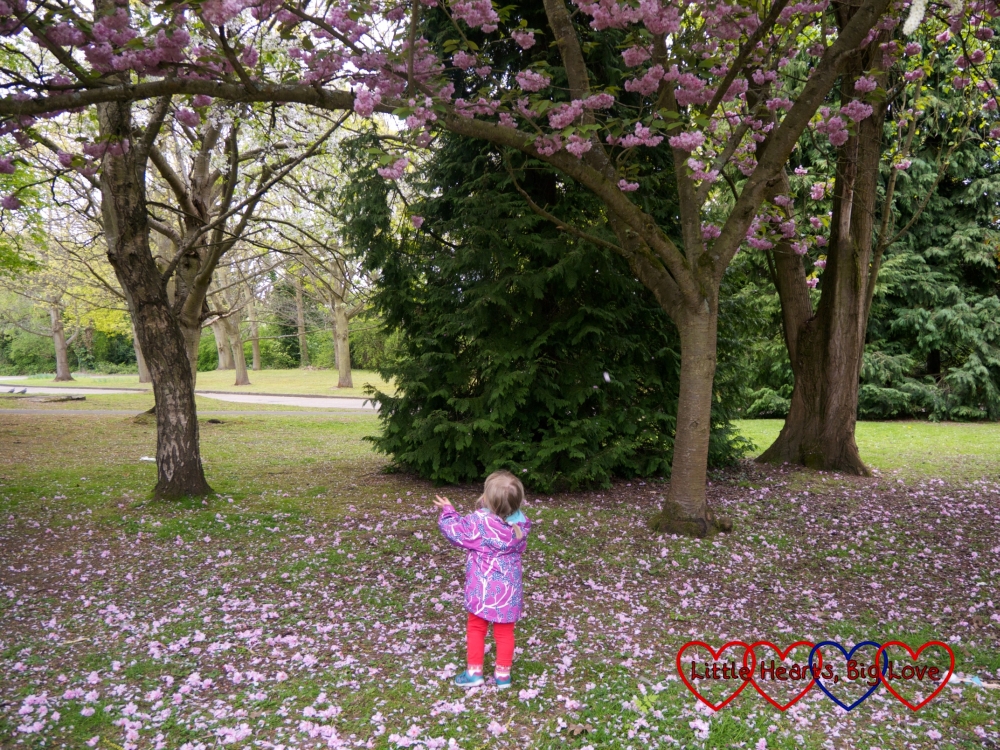 The Fairy Village is very small. We only stayed for around twenty minutes before we had to leave to pick Jessica up from school. This was enough time for Sophie to find all the doors and get a closer look at each of them. It’s well worth a visit if you’re in the area though as it’s an enchanting little place to explore. Sadly, it seems not everyone feels that way though. There is a sign on one tree, warning any would-be vandals that they’re being watched on CCTV. How sad that such a thing is necessary. I can never understand why anyone would want to destroy a magical place like this. 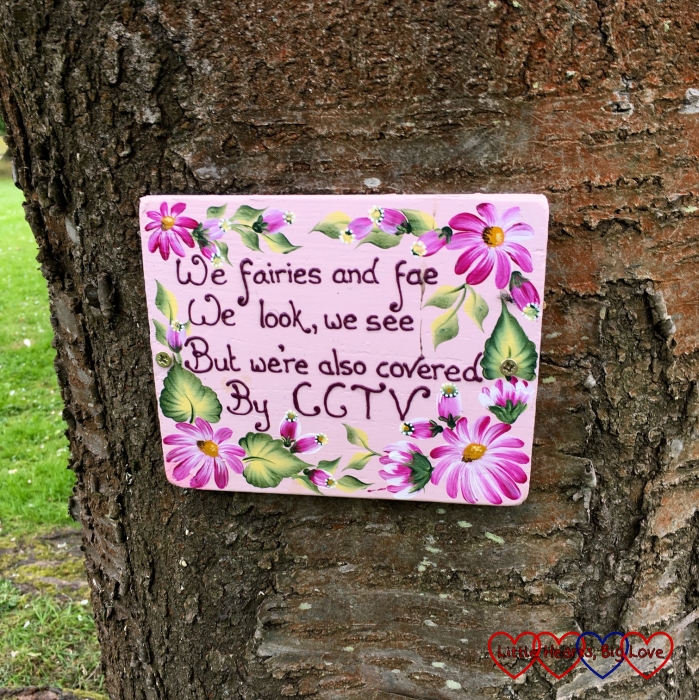 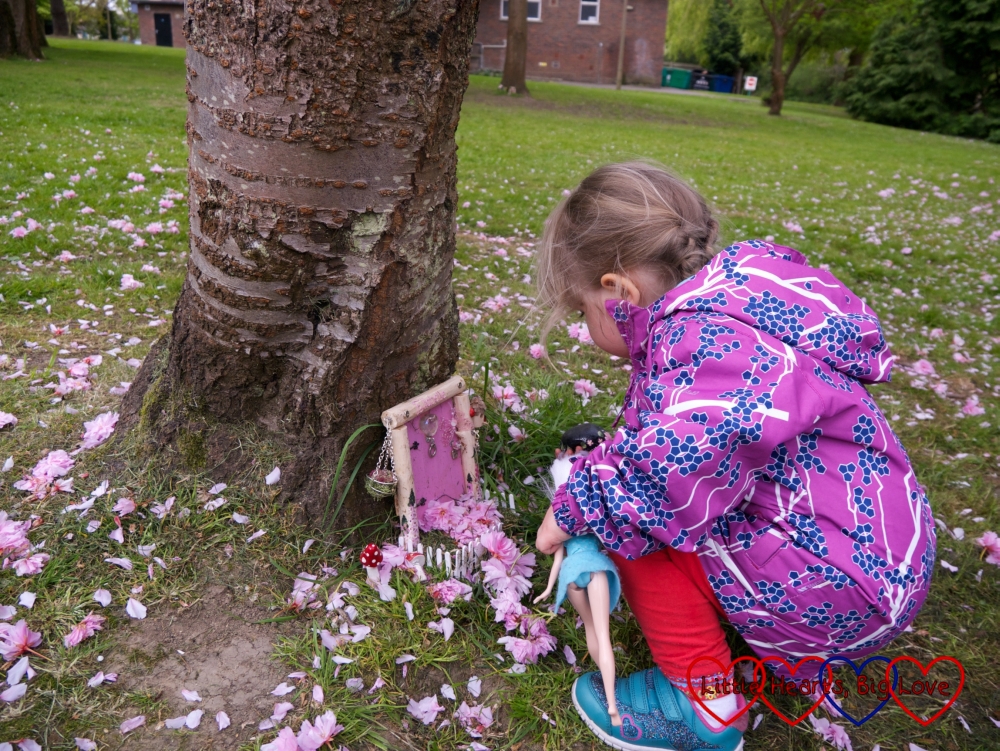