We were recently given the Playskool Rose Petal Cottage playhouse by my twin sister – it had belonged to her two girls who had outgrown it and she thought that Jessica and Sophie might like it. Last week, whilst Jessica was at preschool, we thought it would be a lovely surprise for her if we got it out and set it up ready for when she came home. 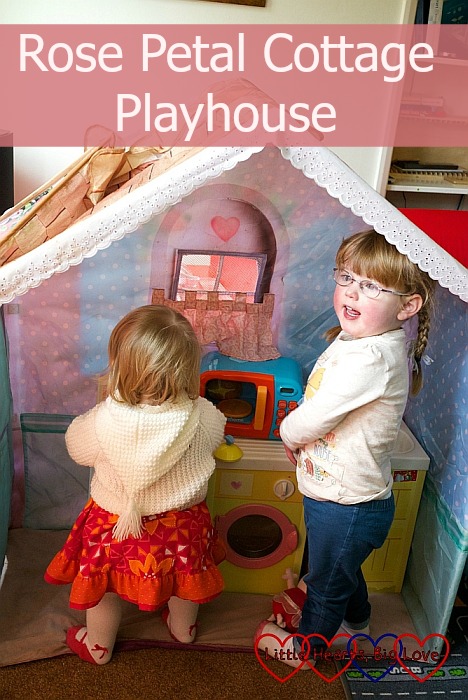 The first step was trying to put the frame together. Unfortunately the instructions had not been handed down with the playhouse but thankfully a quick internet search managed to find a set online. I’m not the best at trying to assemble things with instructions and after watching me trying unsuccessfully for a few minutes, hubby took over and got it put up very quickly (despite Sophie’s best attempts to dismantle the frame as fast as he was trying to put it together). 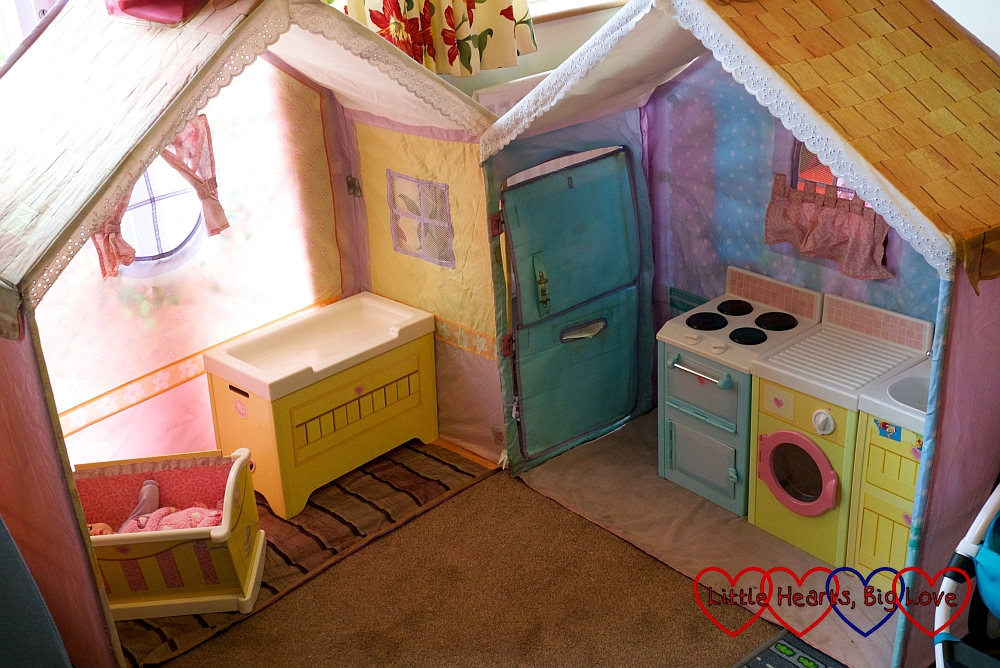 Getting the fabric on the frame was a bit of a challenge but we got there in the end and were very pleased with the end result.   There were several items of furniture to put together to go in the house – a washing machine, cooker, sink, changing table and a crib. We put one of Jessica’s dollies to bed in the crib, added a toy kettle, microwave and Jessica’s tea set and it was all set ready for her to come home. 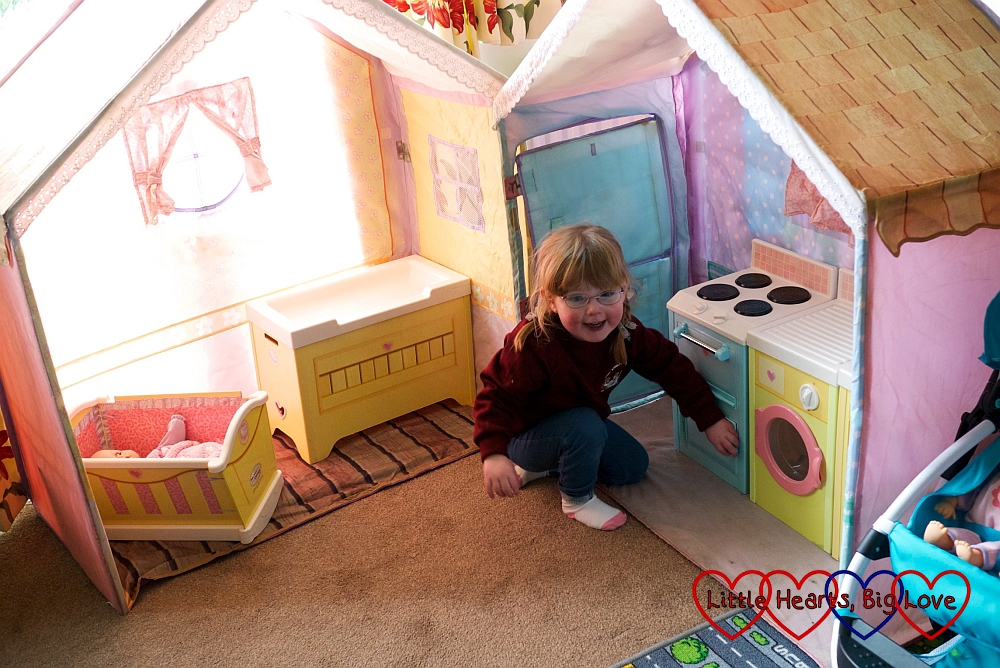 Jessica’s face was a picture when she walked in and saw her new playhouse and the girls were both engrossed for the rest of the afternoon playing house together. They particularly liked being able to go in and out of the door and playing peek-a-boo with each other through the windows. Jessica had great fun ‘cooking’ dinner for her dollies and putting them to bed whereas Sophie just enjoyed opening and closing the washing machine and oven. 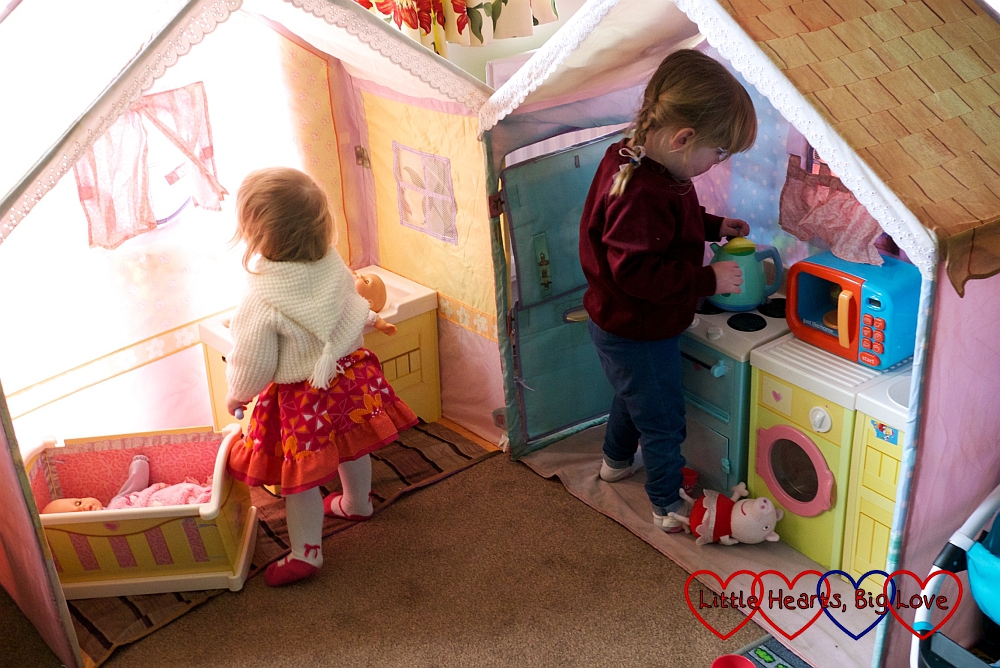 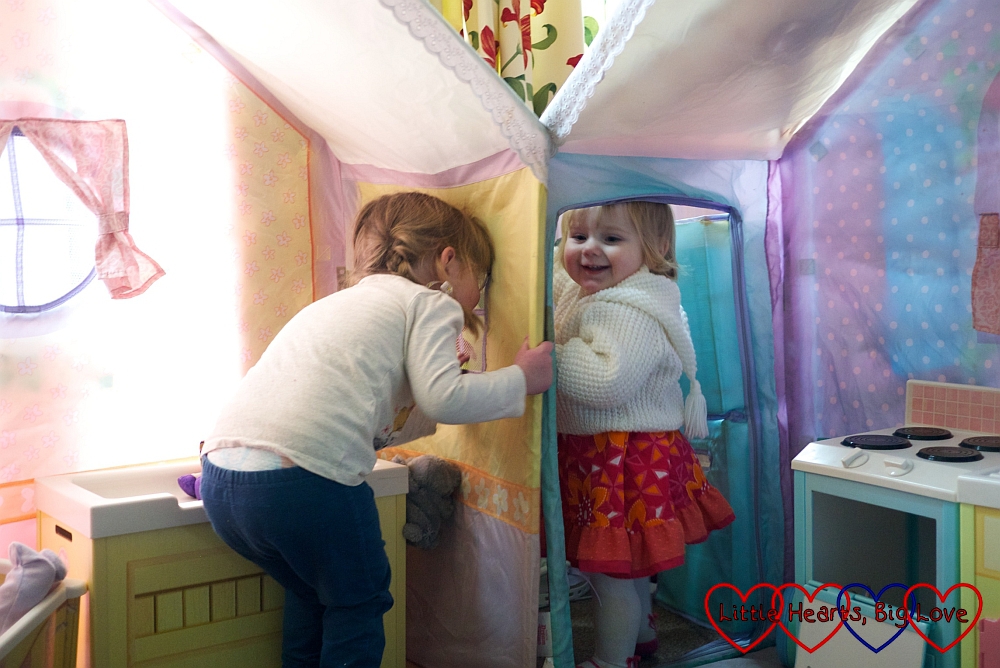 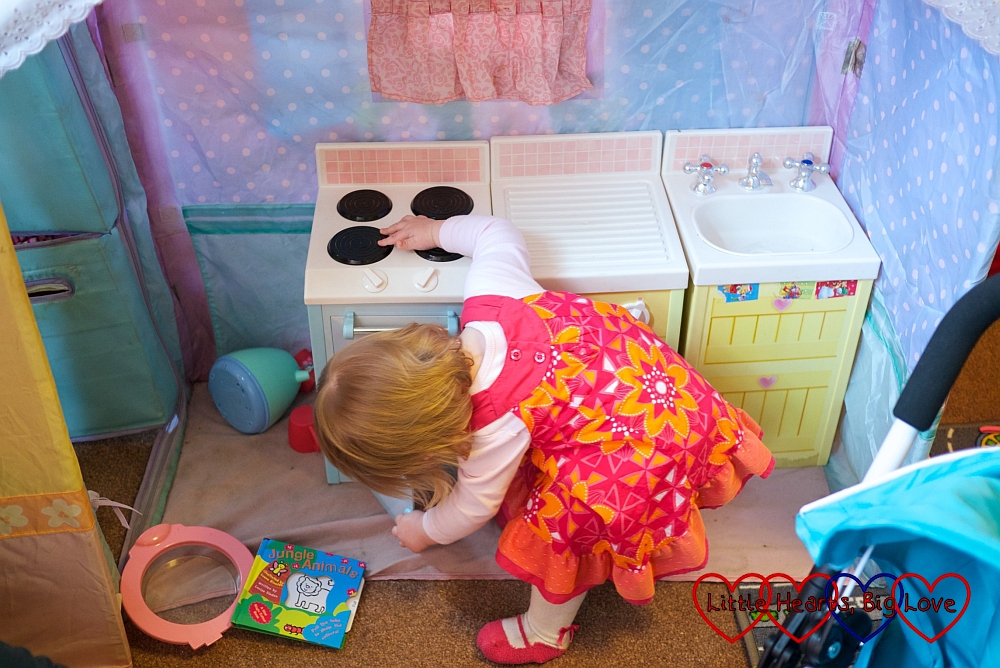 Later on, we got out a blanket and had a lovely tea party with the toys in front of the house. It was wonderful to watch the girls playing so happily together and using their imaginations. Jessica was a very good hostess and made sure that everyone was kept well stocked with tea and cake. 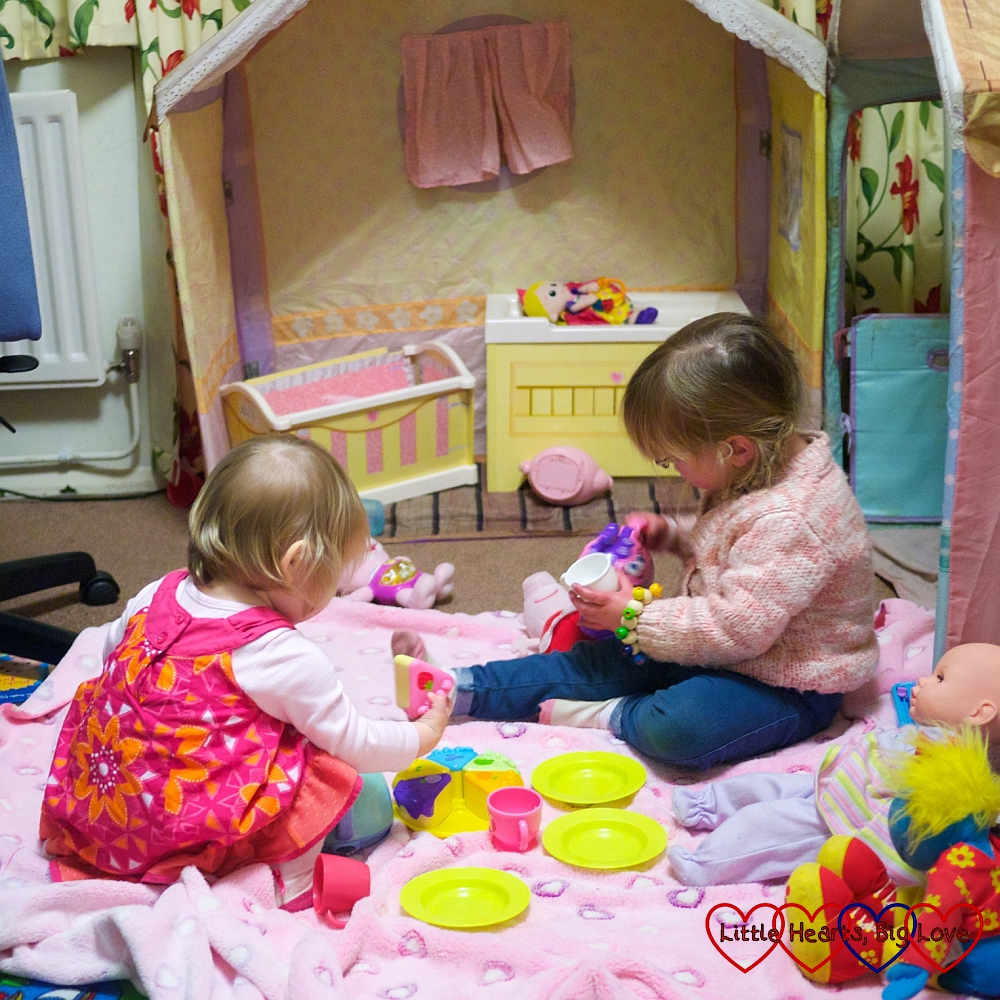 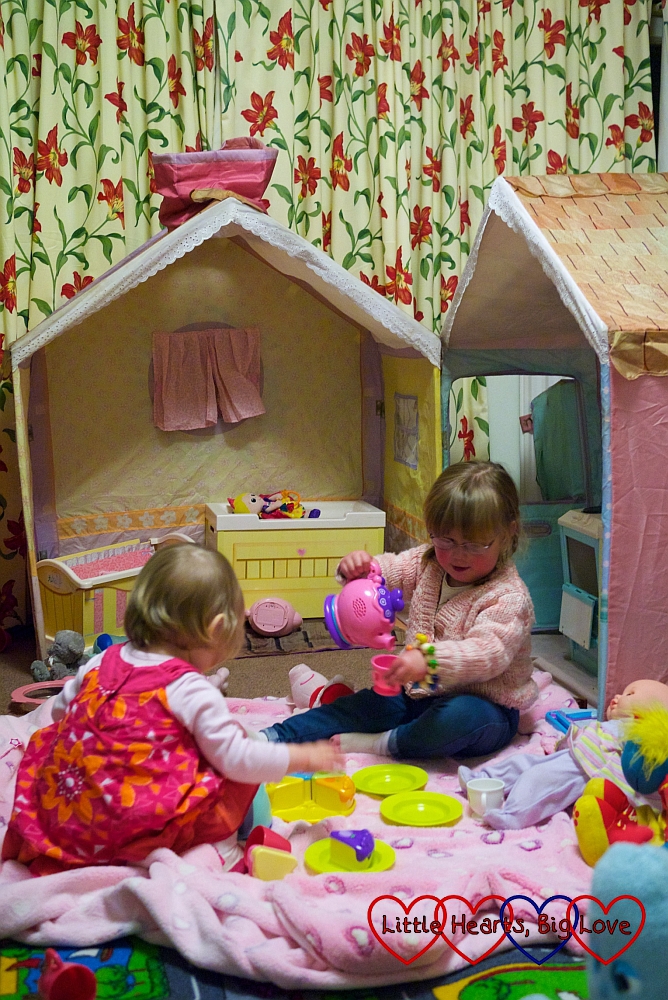