Jessica and Sophie love watching Messy Goes to Okido on CBeebies so when we were recently sent a Large Talking Messy Monster from Golden Bear Toys to review, I knew they would love it.  They were both very excited when they first opened the box and spotted Messy. Pressing his tummy and hearing some of the phrases that he says in the TV programme had them in fits of giggles. 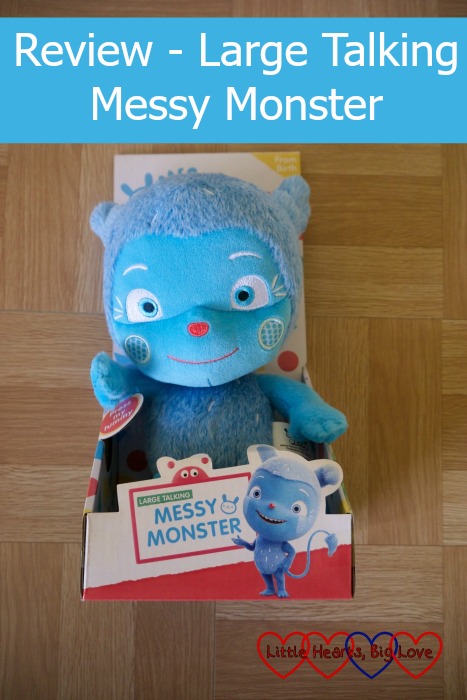 There are seven different phrases that Messy says when you squeeze his tummy, such as “Hello, I’m Messy Monster!”, “Hmmm… when you need to know, go to Okido!” and “Let’s ski-doodle, Oki-doodle!” – most of which my girls remembered and recognised from having watched the TV series. 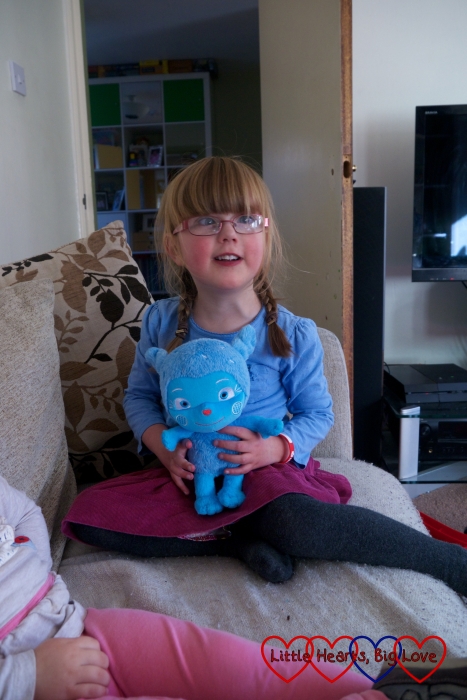 Messy’s facial features are all stitched on so there are no small bits for little ones to potentially pull off and put in their mouths.  He has lovely soft blue fur and is very snuggly.  So snuggly that he was one of the toys that Jessica wanted to snuggle up with last week when she was feeling unwell.  She also likes to take him up to bed with her, which is a sure sign that she has fallen in love with her new toy.  I’m not normally a fan of talking toys being bedtime toys but she knows not to squeeze Messy’s tummy at bedtime and even if he gets squeezed accidentally, he’s not all that loud, unlike some of our talking toys!  The volume is perfect from my perspective – loud enough to hear clearly without being too loud. 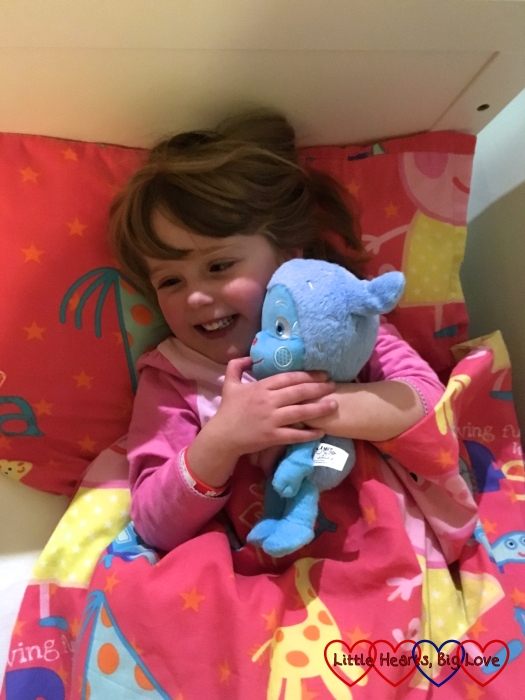 Sophie also loved playing with the Messy Monster but had a couple of questions – “But where are Zoe and Felix? And what about Zim, Zam and Zoom?” I think she was a little disappointed that there weren’t similar toys for the other characters! 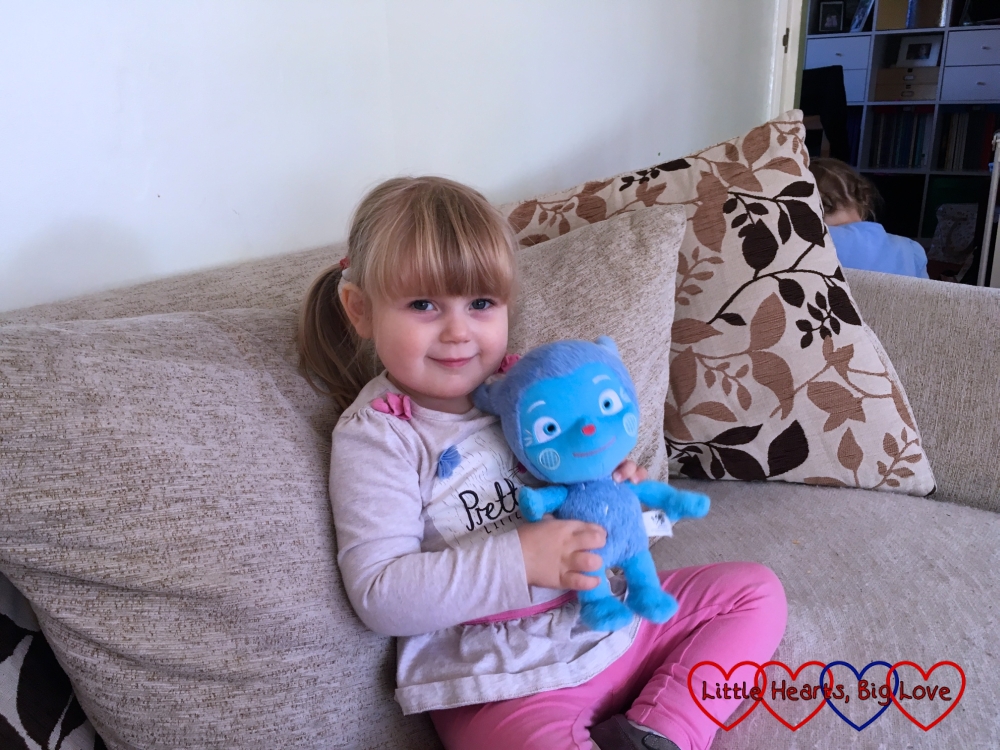 Messy has certainly become a firm favourite in our house and the girls love to sing the theme song from the show and then press Messy’s tummy to make him talk, as you can see from the video below:

The Large Talking Messy Monster toy is available from the Golden Bear Toys website priced at £14.99 and is suitable from birth.

Disclaimer: I received a Large Talking Messy Monster for the purposes of the review. All thoughts and opinions are my own.