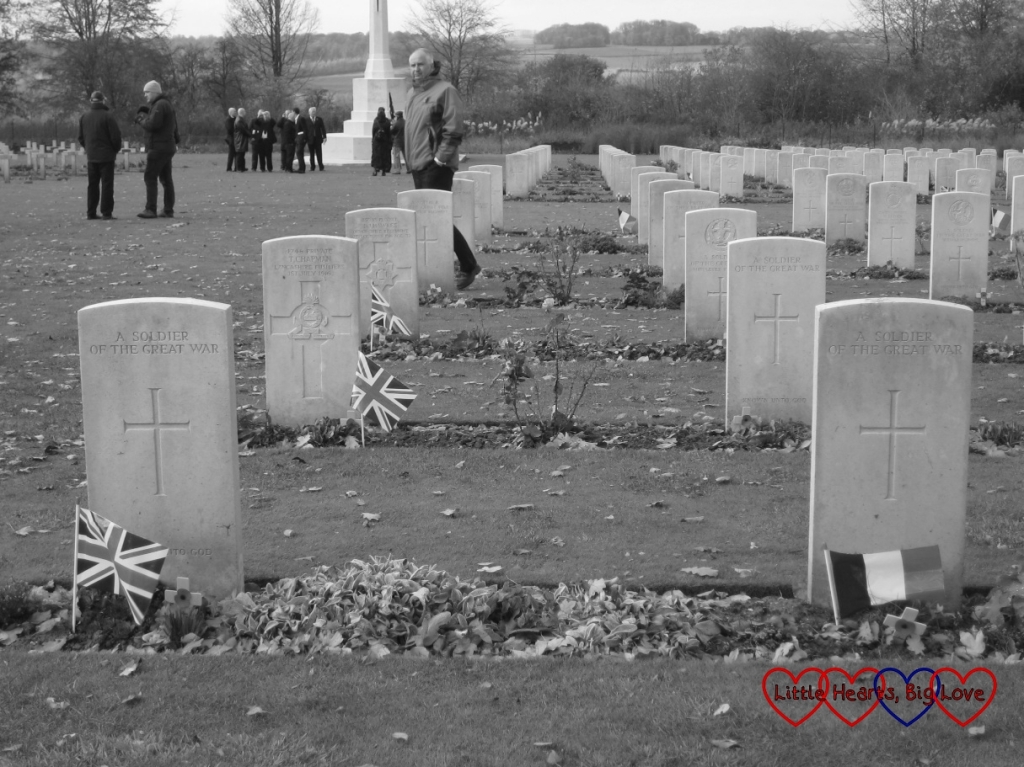 This week’s black and white photo was taken on 11 November 2008, the 90th anniversary of the end of World War I. Hubby and I were at the Thiepval memorial in the Somme that day for the remembrance service which was an intensely moving one. We had been visiting various WW1 sites across France and Belgium that week and it really brought home to me the sheer scale of the loss of life during that war and just how many of those graves are of unknown soldiers.

Later that afternoon we visited the Tyne Cot cemetery in Ieper (Ypres). As it was Armistice Day, it was very busy there – there were a lot of people visiting that day which meant that it felt more like a tourist attraction which diminished the impact of all those unknown graves. I found it quite moving though to see two unknown German soldiers buried next to an unknown British one – enemies in life yet side by side in death. 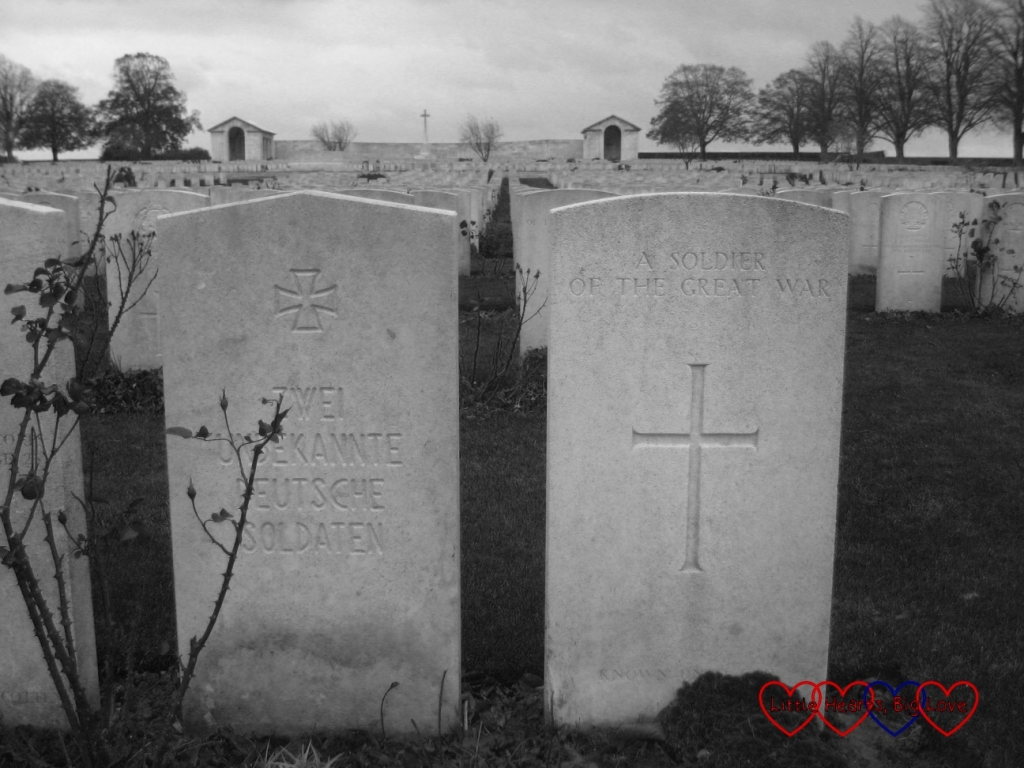 That Armistice Day was a very memorable one and not just for the poignancy of being there in the Somme for the 90th anniversary of the armistice. It was also the date on which hubby proposed to me – over dinner that evening at the hotel in Antwerp.