Little Hearts Matter has a tree and a bench at the end of the children’s wood in the National Memorial Arboretum. It’s a place where families can come and remember their children. Each year, there are two memorial events for families who have lost a child with half a working heart. One of these happened to be a couple of days after Jessica’s funeral. We felt that it would be good for us to get away for a couple of days, and to take time to remember Jessica, along with other families who were also remembering their children too. 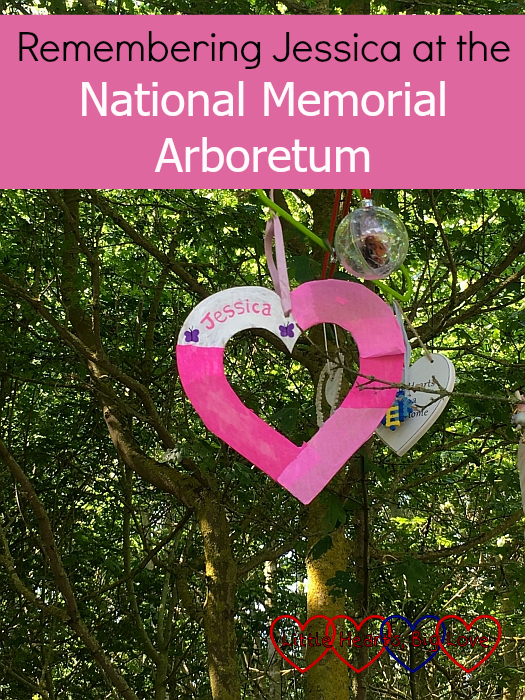 As the music started for the brief memorial service, I saw a beautiful big dragonfly settle on Sophie’s hat. It must have stayed there for about thirty seconds or so. The minute I went to reach for my camera though, it flew away. I was sent a copy of The Dragonfly Story, written by Kelly who blogs at Chasing Dragonflies shortly after losing Jessica. It’s a beautiful story to help explain loss to children and why our loved ones can’t come back to us. Every time I see a dragonfly now, it makes me think of Jessica. I couldn’t help but think that this one settling so near us was a sign that Jessica was still with us in some way. 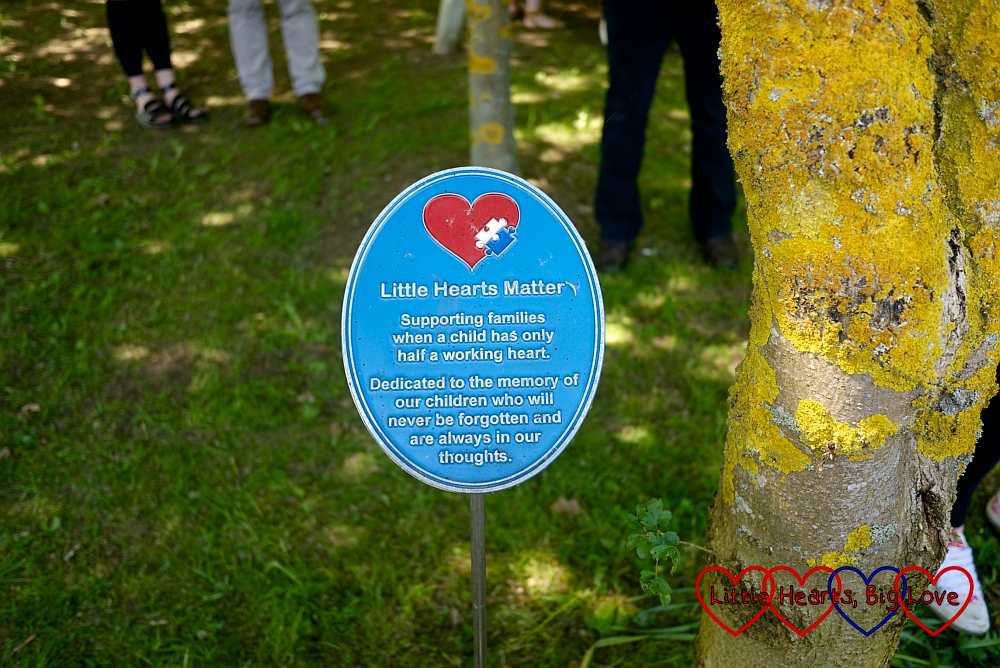 During the service, there was the opportunity for parents to share poems or readings. We then hung our hearts in the tree to remember our children that had been taken too soon from us. We’d made Jessica’s heart the day before – a cardboard heart covered with different shades of pink tissue paper, with her name written on each side with a couple of purple butterflies. 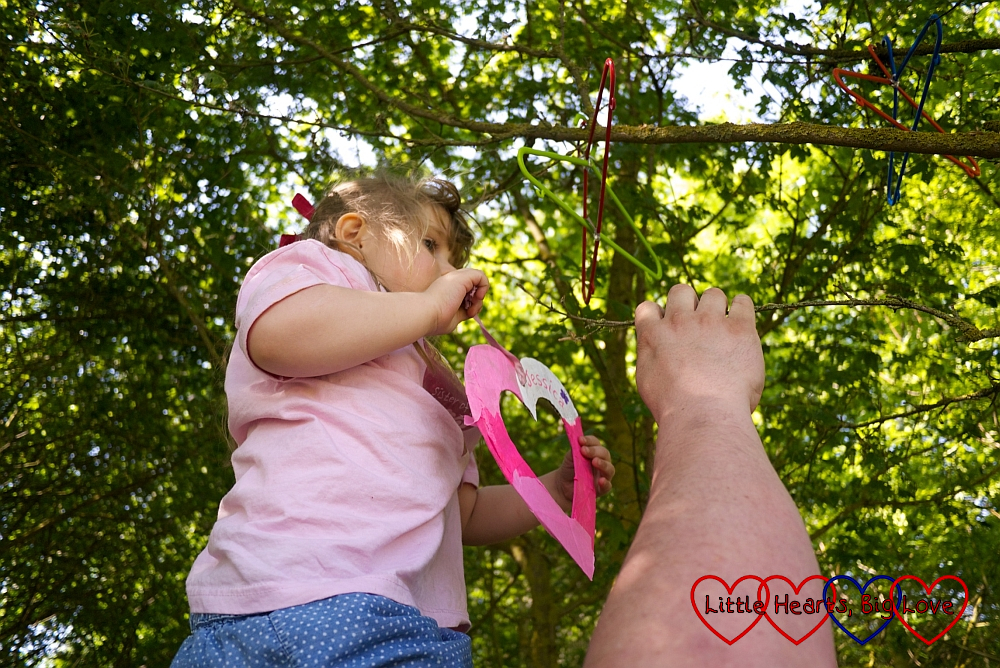 The hearts only stay on the tree for a short while. After the service, the team from Little Hearts Matter take the hearts down again. They go back to the office and are hung on a tree there until the next memorial event when they are brought back again to be hung on the LHM memorial tree once more. In this way, the children can be remembered at each memorial event even if the parents are unable to attend. 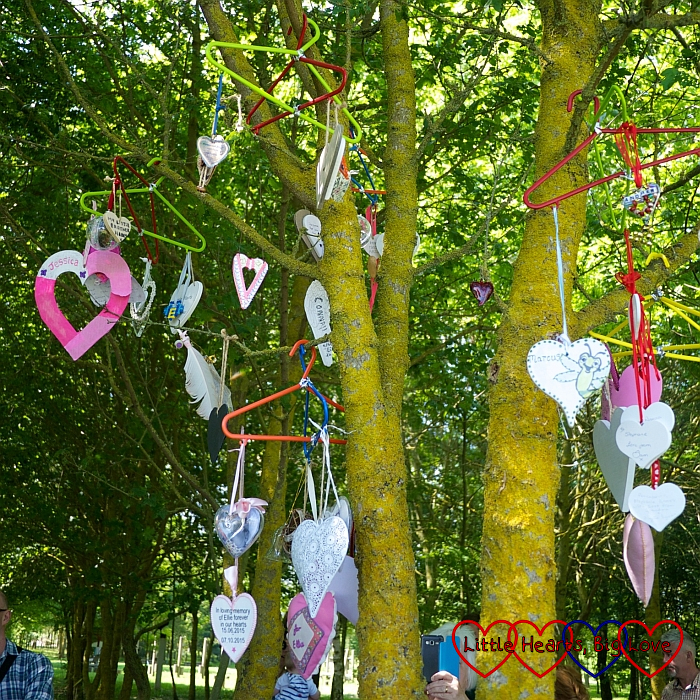 After the hearts were hung in the tree, there was a moment of remembrance; an opportunity to say our children’s names out loud. For some people, this may be one of the few times they are able to do this. Saying Jessica’s name and talking about her helps me so much. It reminds me that she is still with us, that she existed, that her life mattered. 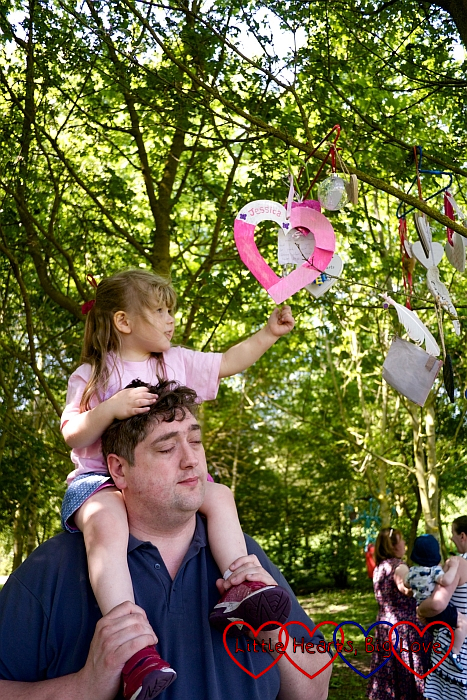 When the service was over, we moved to the picnic area near the children’s playground and the Evacuees memorial. This was a chance to talk to other bereaved parents and to share our children’s stories and our journeys. As well as chatting to some other parents, we also spent time talking to Suzie, the Chief Executive of Little Hearts Matter. Both hubby and I found this chat really helpful. One of the things that Suzie suggested was to create a safe space for Sophie to go to when she needed time out. Since then, we have set up a pop-up tent in Jessica’s old bedroom with Jessica’s blanket, some of her favourite toys and some cushions. It’s really helped Sophie to have this space to go to. 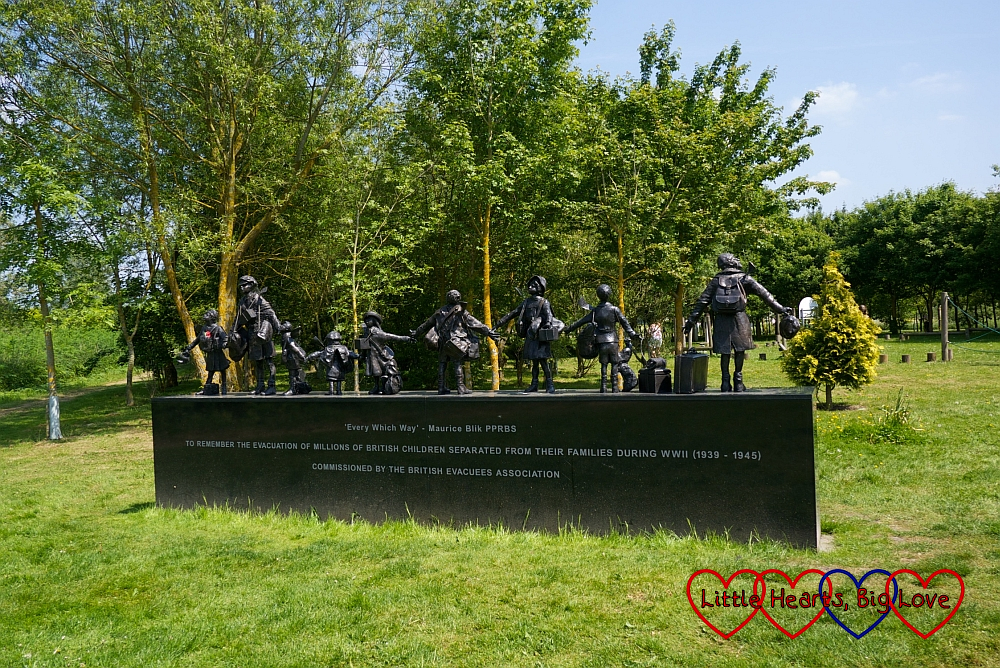 Hubby and I had both got very emotional during the memorial service. Sophie seemed to cope well with it though and enjoyed running around with the other children in the playground during the picnic. She started to get quite cross with us after a while though. This is one of the ways that she tends to express her grief over losing Jessica. I wasn’t surprised when she had a big cry a short while later. It’s hard to see her so upset. However, I think a big cry every now and then does help her get the emotion out. We had a big cuddle and then went for an ice-cream, after which she was much happier again. 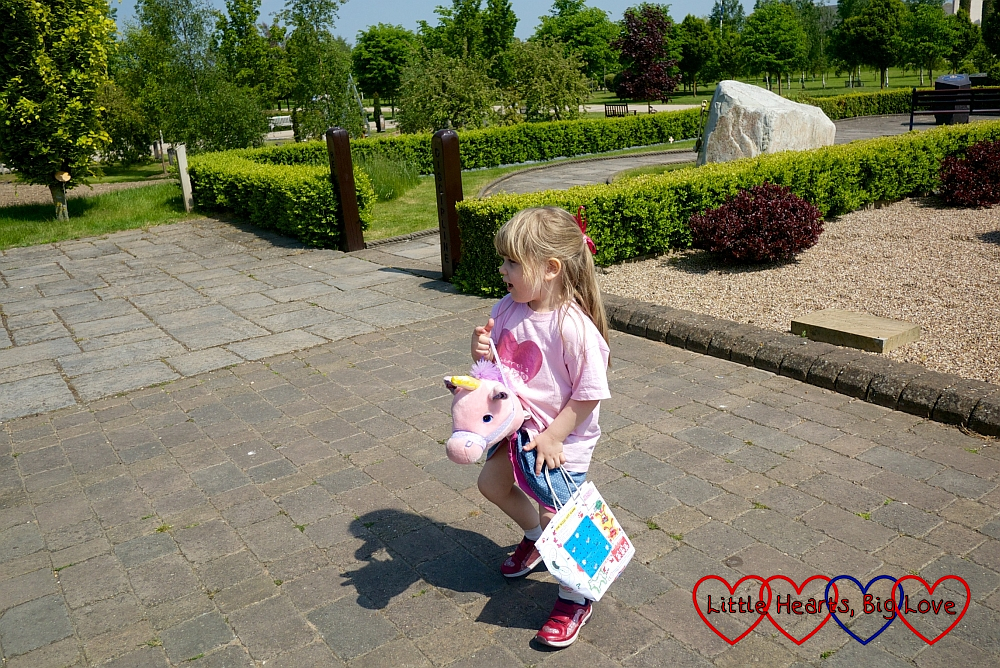 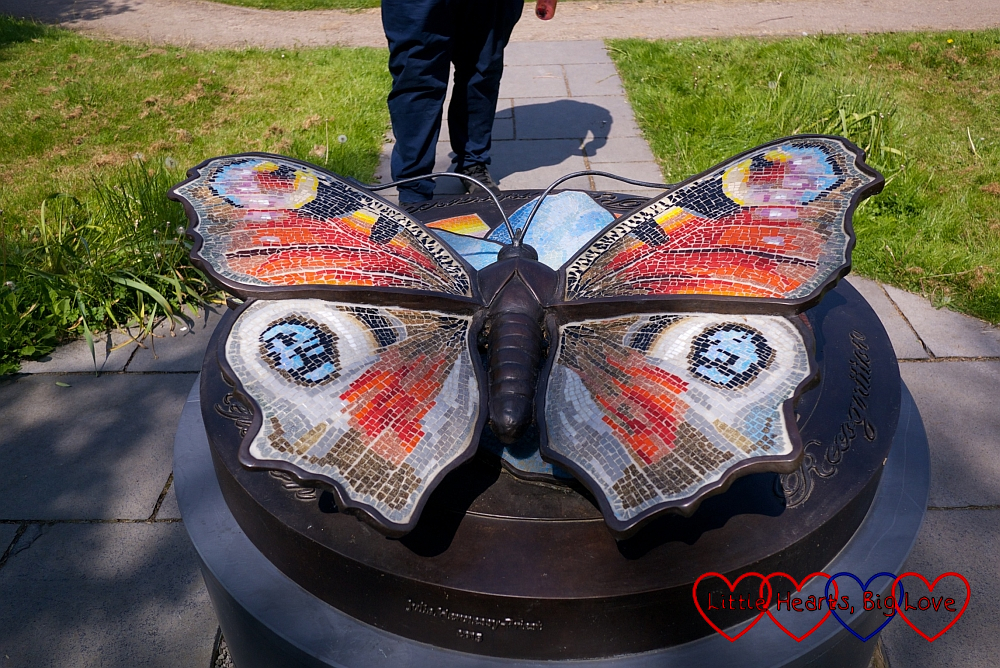 We did take some time to look around some of the other memorials at the National Memorial Arboretum. There are more than 350 different memorials, most of which are military ones. 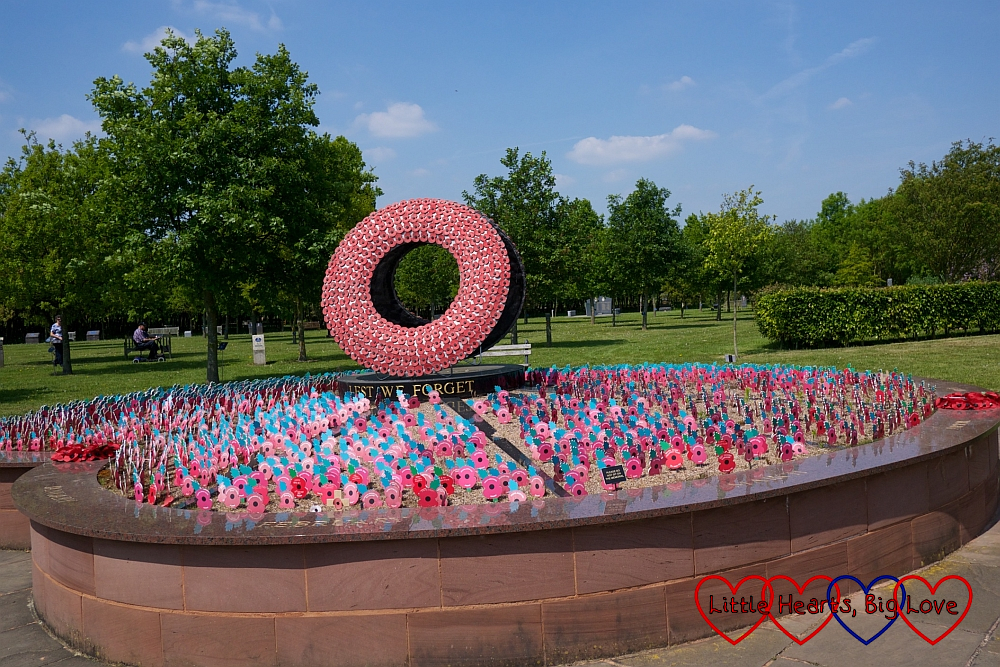 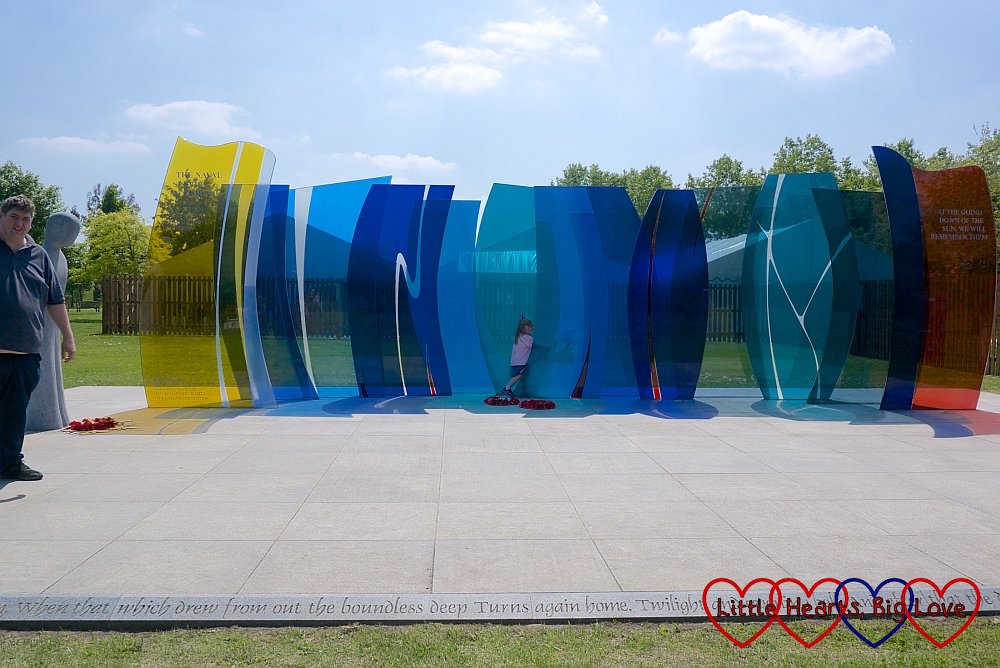 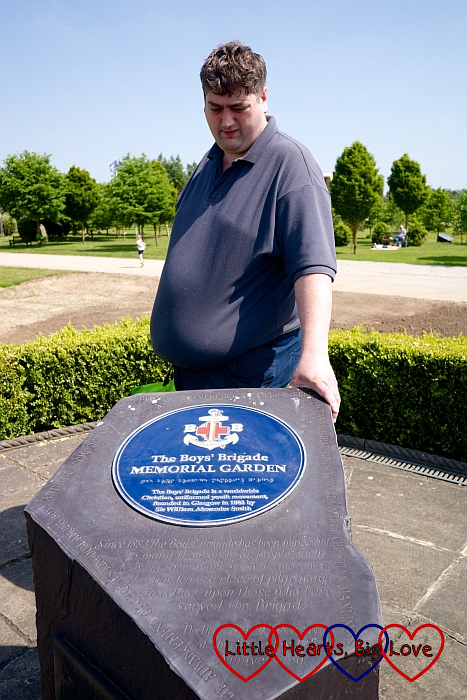 The Armed Forces Memorial was particularly moving. It lists the names of servicemen and women killed whilst on duty since World War 2. There are over 16,000 names on the memorial so far. 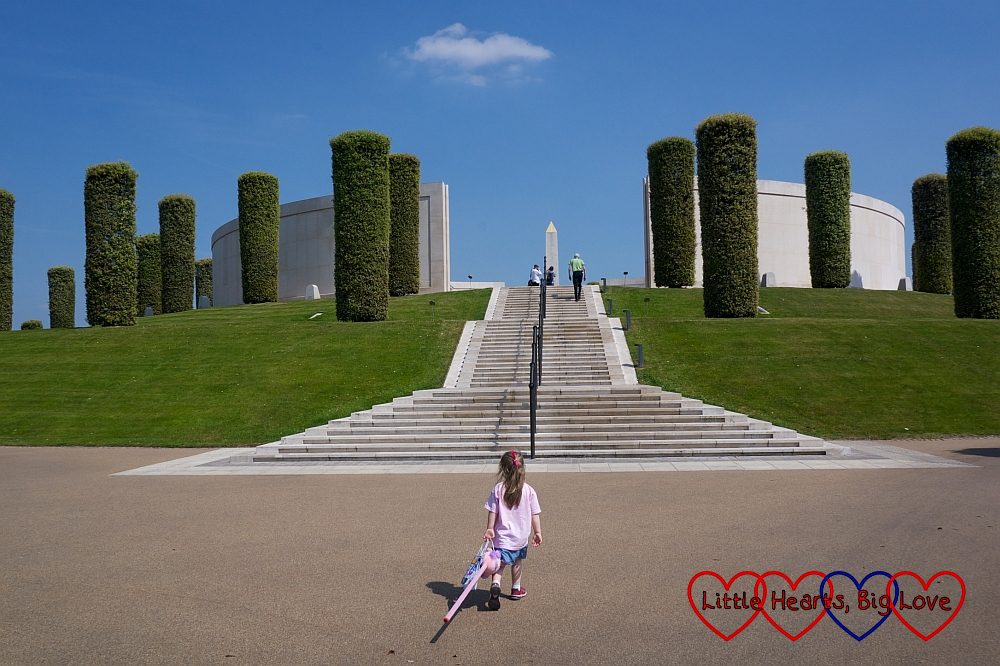 We only managed to visit a few of the other memorials during our visit. It was an emotional day for us, but it was good to get away from home and to remember our beautiful Jessica in such a lovely setting.

15 thoughts on “Remembering Jessica at the National Memorial Arboretum”