I’m a big believer in the mantra that “there is no such thing as inappropriate weather, just inappropriate clothing” when it comes to getting out and about with my girls.  So it was quite ironic really that I was the least appropriately dressed parent at the preschool day out to Beale Park and not at all prepared for the fact that it was cold and wet all day.  In my defence, it had been sunny when I’d got dressed that morning but I really should have checked the weather forecast before leaving the house – this is England, after all! Thankfully, I had made sure the girls had waterproof coats and extra layers available in the change bag – although wellies would have been a much better choice than canvas shoes! 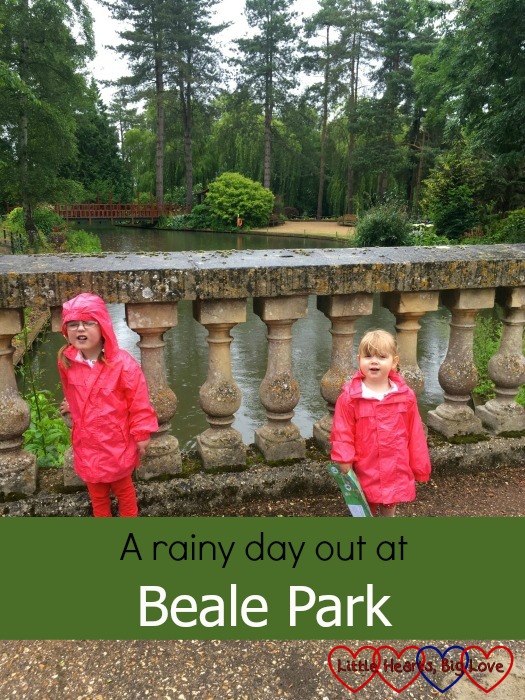 I am sure if I had been prepared, we would have enjoyed the day much more in spite of the rain, but despite Mummy being cold and grumpy (at least until she was given coffee – ah, the magic that caffeine can perform!) we still managed to have fun.  After starting our day with a trip on the train for a look around the park, the girls made a beeline for the Little Tikes playground.  Jessica wasn’t too impressed that everything was all wet because of the rain but it didn’t bother Sophie who happily tried out all the different cars.  In the meantime, I’d realised that being short has its advantages and the larger playhouses provided the perfect shelter from the rain…! 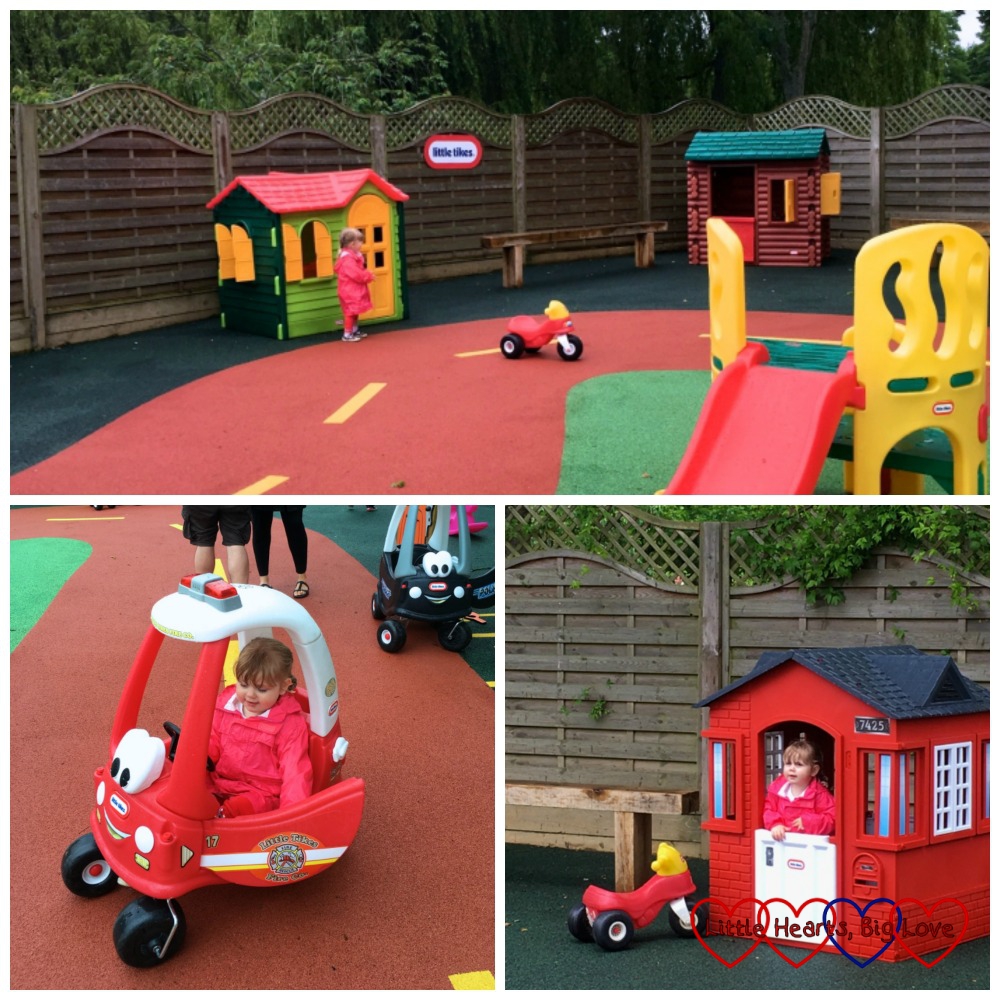 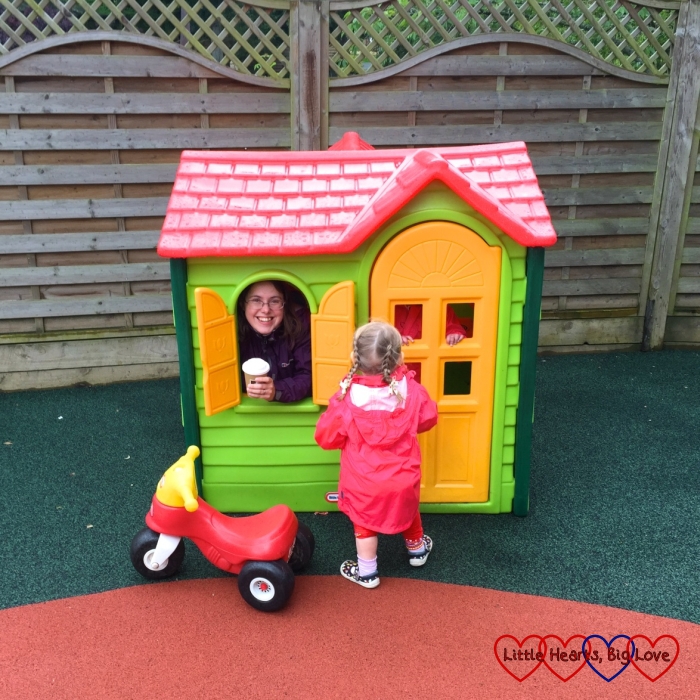 I had brought a packed lunch with me but after half an hour or so in the soggy play area, Jessica was going quite blue (and complaining that her hands were cold – funnily enough I didn’t pack gloves given that it was late June!) so we headed into the warmth of the café for some hot lunch instead.

We did at least manage some time out in the rain to see some of the animals in the park in the time we had left between lunch and the preschool coach leaving.  Some of them looked like they were as unimpressed by the weather as we were – especially these two little monkeys who were huddled together in a sheltered corner! 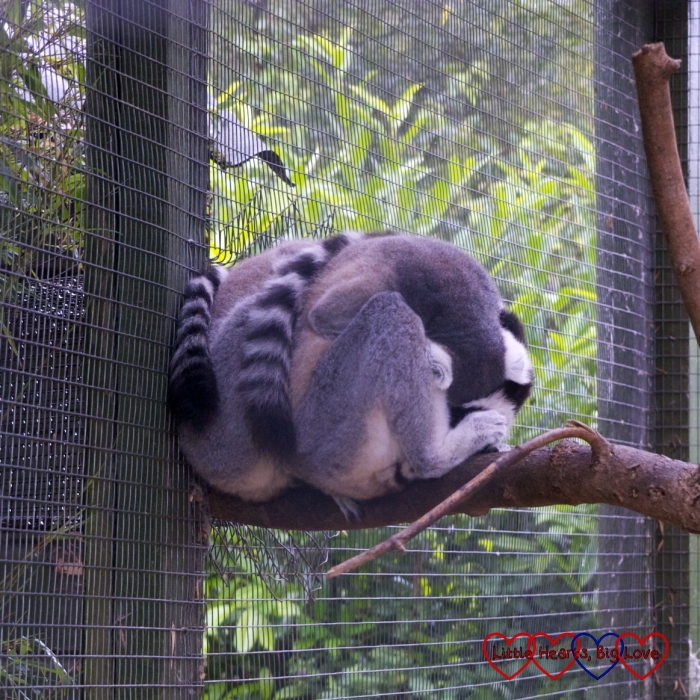 The girls loved seeing the wallabies jumping around and I was quite taken by the big Sulcata Tortoises.  We saw monkeys and lemurs as well as various types of birds.  As we made our way back to the entrance to get the coach back to preschool, we stopped to pose for a photo with “The Grand Old Duke of York.” 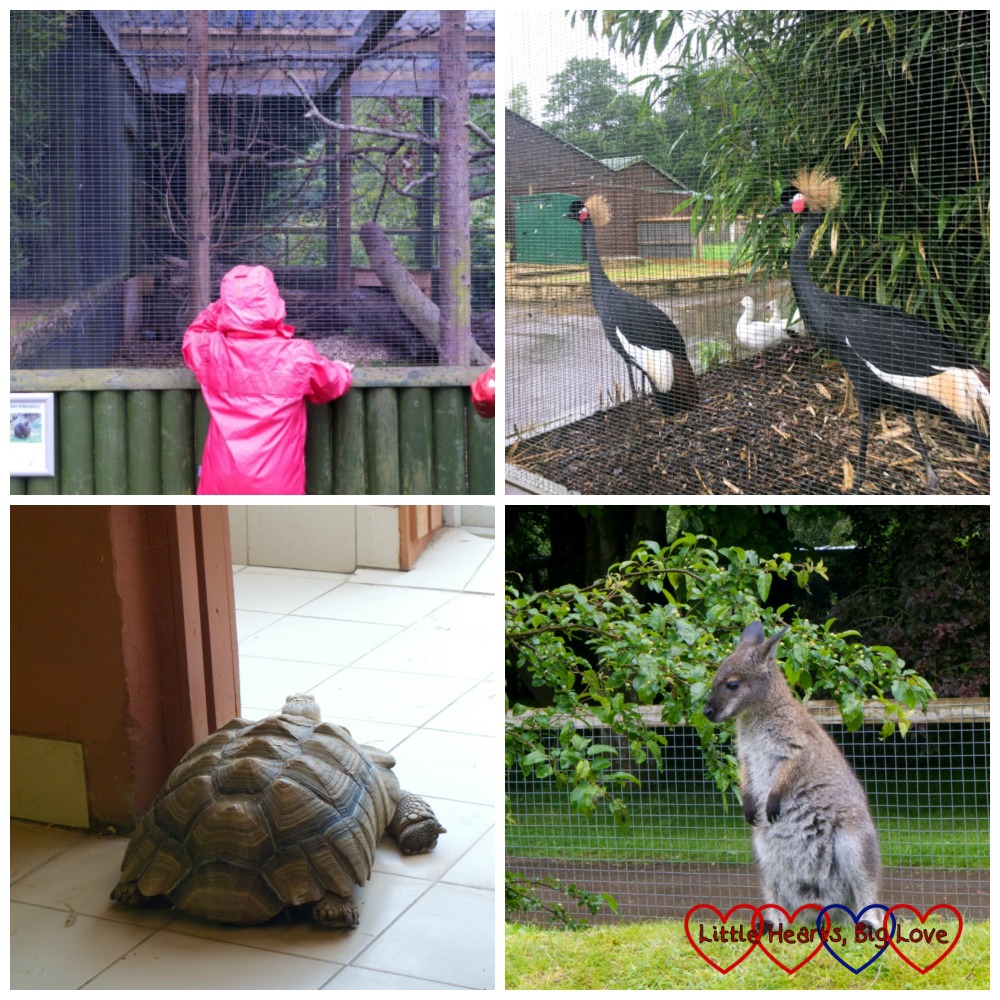 It was a shame that the rain stopped us exploring the park as much as I would have liked to but it just means we will have to make a return trip some time! And next time, I will make sure that I check the weather forecast ahead of time and prepare accordingly! 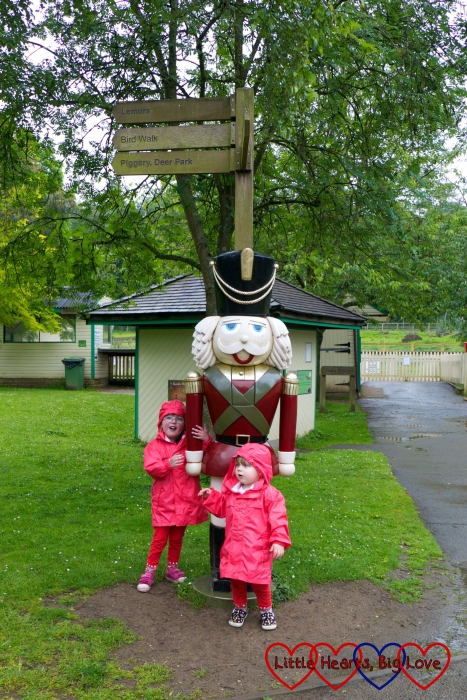 29 thoughts on “A rainy day at Beale Park”