Both my babies have had a rather delightful habit of biting the breast whilst teething. With Jessica, it was only really with the first couple of teeth and the nipple shields took the edge off it slightly (although having one’s nipple firmly compressed within the shield is still quite unpleasant!) She was also quite quick to learn that biting meant that the feed stopped and she was calmly put down for a moment or two before she got to feed again. 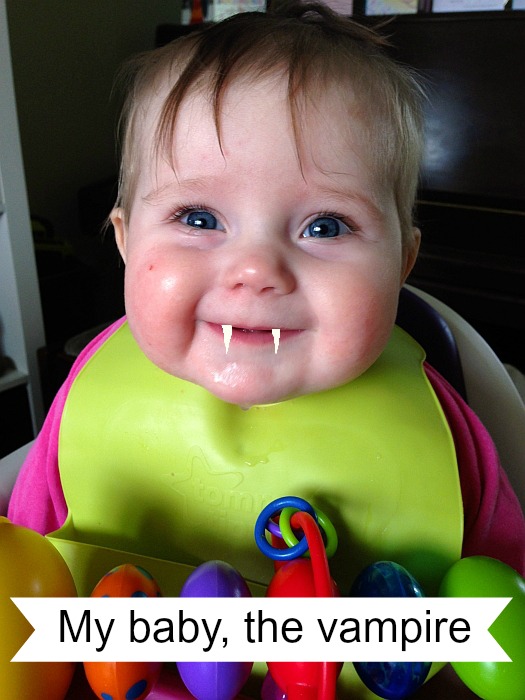 Sophie, on the other hand, has taken a little longer to learn that biting Mummy is really not so nice. I suspect my yelping the first couple of times didn’t help – it was probably fun to do it again and see if Mummy made that rather interesting noise. Even before the teeth had appeared, it was more a painful sensation than I remembered it being with Jessica and for a couple of days it seemed to become a bit of a game. I tried pushing her closer to the breast to encourage her to open her mouth more widely and latch better, therefore preventing her from being able to bite – no luck. I tried taking her off calmly and putting her down for a moment and despite her vociferous objections each time, she still didn’t seem to connect this with biting. I started to dread the feeds, not wanting to put her near the breast but as she would not take the bottle, I knew I had no choice. I tried teething gel and Calpol to ease her discomfort but for those couple of days that her teeth were really bothering her, I just had to grit my teeth and be prepared to break her seal and unlatch her very quickly as soon as I felt that little jaw tense in readiness for the bite.

Thankfully after a couple of days, she went back to feeding normally and my bruised nipples healed fairly quickly. However, when the next tooth started to make its appearance, the biting began again – only this time there was a razor sharp little tooth making it even more unpleasant! Again I think my surprised yelp (having almost forgotten about the biting) the first time she did it again made for an interesting response from Sophie’s perspective and probably didn’t help the situation and once more, I had a miserable few days of dreading feeds and being prepared to unlatch Sophie every time she bit (which seemed far too often for my liking). And once again, it just stopped suddenly and feeding went back to normal.

Fortunately by the third round of this, it seems that Sophie is starting to learn that biting equals interrupted feeding and we seem to be having less of a resurgence of vampiric tendencies – much to my relief as she now has teeth on the top and the bottom! There are still definitely moments when I am quite aware of those little razor sharp teeth feeling a little too close to the nipple for comfort and moments when it feels like she is gnawing ever so slightly (especially when she is sleepy and she loses her latch slightly). I’m keeping my fingers crossed though that we have now seen the worst of the biting whilst feeding but if anyone has any other tips that might be worth a try, I’d be very happy to hear them in case it does happen again! 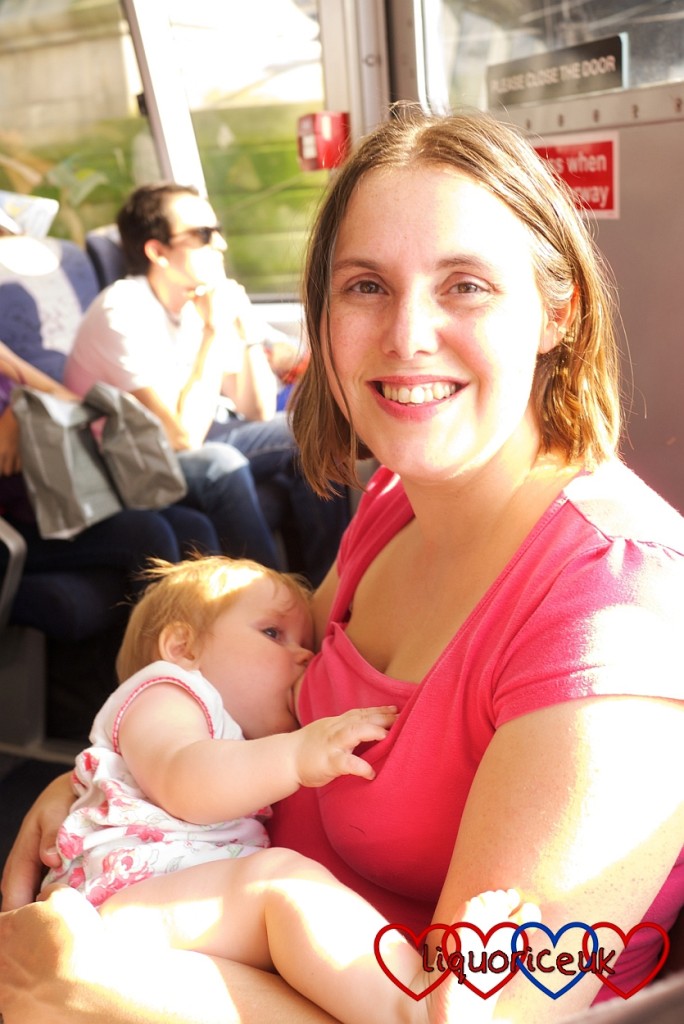 Linking in with Zena’s Suitcase for Breastfeeding Diaries:

6 thoughts on “My baby, the vampire”