Our Me and Mine photos this month are quick shots at home, grabbed in the few minutes we could manage before my husband had to leave for work. These somewhat grainy, hastily grabbed photos of the five of us sum up October quite well. It’s been a busy month of juggling a few too many balls (and dropping the odd one here and there!) with moments of family time squeezed in where we can. 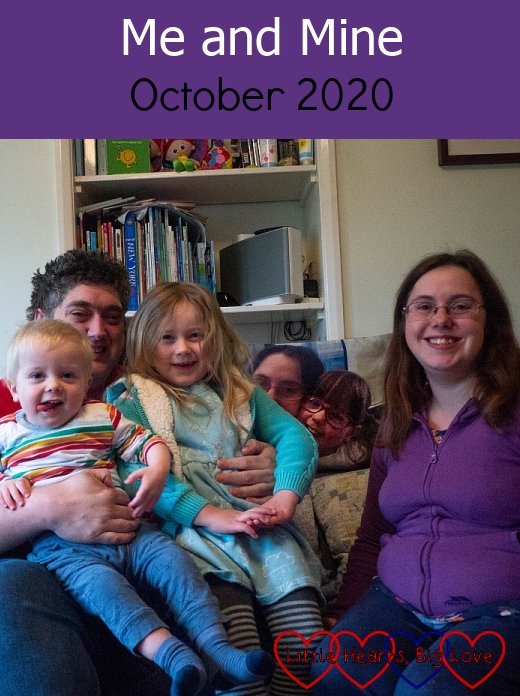 This time of year has tended to be a busy one for my husband with him being away a lot for work. This year, we’ve had him home, albeit spending long hours working in ‘Daddy’s man cave’ when he’s not had to go into work. And although he is working long hours and we’re not really seeing much of him, I am very aware of how fortunate we are that we are both still working and have those balls to juggle. Especially given how uncertain everything is right now and with the winter ahead looking like it will be a very tough one for everyone.

We’re coming up to the end of half-term. It’s been lovely to have the time again with Sophie. Thomas has loved having her home during the day. It’s been strange not to have days out and activities planned for the week but we’ve managed to get out and about each day and find fun things to do. I’m aiming to spend 1000 hours outside this year which has also helped spur us on to get outside even when the weather isn’t inviting. I’ve now passed the 900 hour mark which was my goal for this month – fingers crossed we can get another 100 hours outside in before the end of the year. 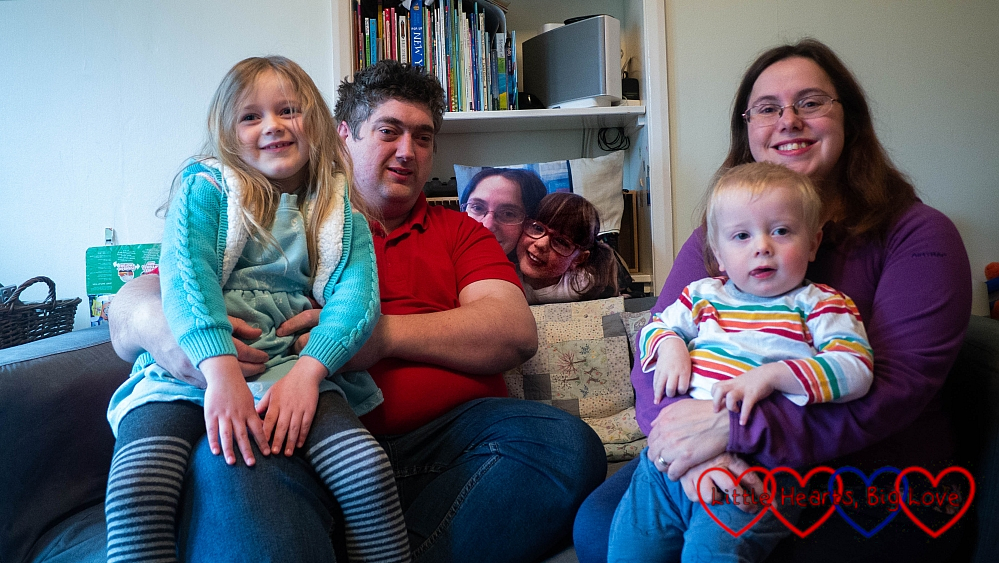 Sophie celebrated her seventh birthday in the middle of half-term. She was so excited about it – counting down the sleeps in the run-up to it and planning her birthday cake (which she helped me make). I have to admit that it was a tough birthday for us – the first of Sophie’s birthdays where she reaches an age that Jessica never reached – but we were able to focus on Sophie on the day and make it special for her despite the heartache. Grief hangs heavy at times but we are learning to carry it as best we can. We visited Jessica’s forever bed the day before Sophie’s birthday so that the day itself was free for whatever Sophie wanted to do. Although we had gone the day before, Sophie wanted to visit Jessica again on her birthday too so that she could share some of her cake with Jessica. I’m glad she wanted to do that. It meant a lot that she chose to make her sister part of her birthday.

October has also meant that Strictly is back on. It is lovely to watch Sophie and Thomas dancing along together just as Jessica and Sophie used to do. He and Sophie are so lovely together. She really is such a loving big sister to him and watching them together reminds me so very much of how my girls were together; only Sophie is now the big sister instead of the little sister. “Now I’m the big one, Jessica,” she said on her birthday, “because I’m older than you.” She’s certainly turned into a big sister that Jessica would have been very proud of. If only she still had a big sister of her own to lead the way. This half-term would have been even more full-on and how wonderful that would have been.

Living with loss, plus the uncertainty of these times, has certainly made me very thankful for the family moments that we do have even if I’ll always long for the moments that can never be. 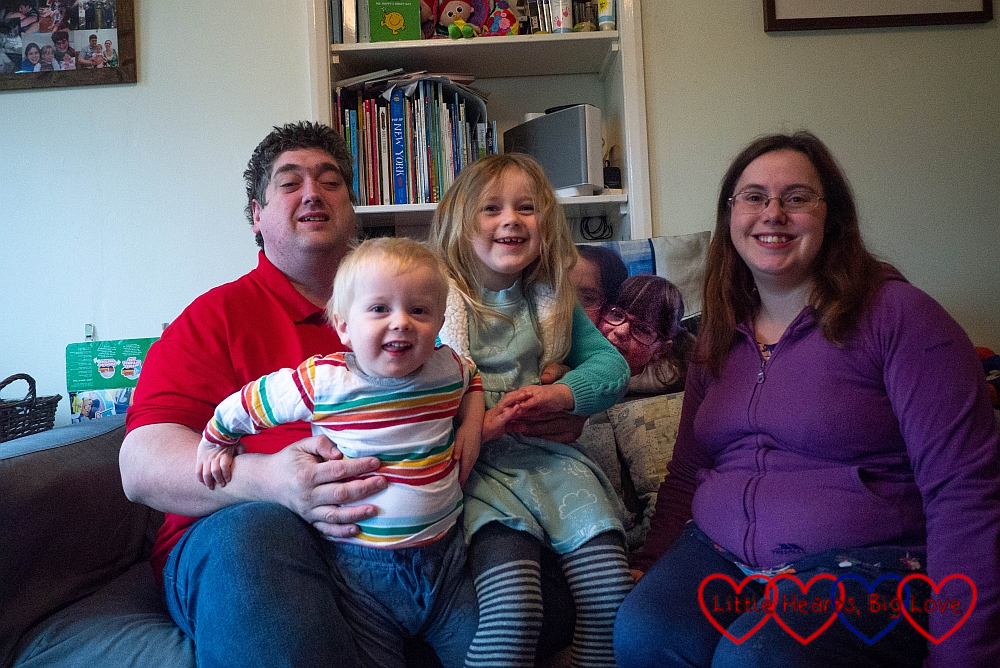