Two little princesses with their (fairy) godmother in tow – the perfect combination for a fairytale adventure in an Enchanted Museum.  Godmummy Katy had come up to spend the day with us at Chiltern Open Air Museum and there was certainly magic in the air.  Who knew what we might encounter on our day’s adventure? 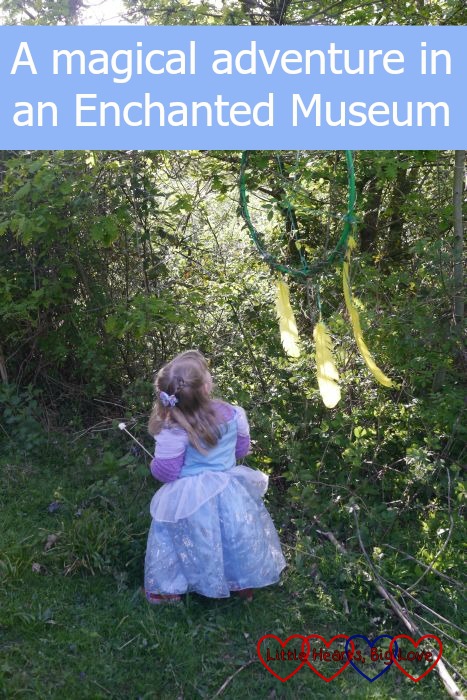 We were early for the event and for a while, had the whole museum mostly to ourselves.  It wasn’t long before we spotted our first magical creature – a tiny little unicorn up in a tree in the Astleham Manor Garden.  “Look, Mummy! A corn! A corn!” Jessica shouted out – and from then on that’s what they were called. 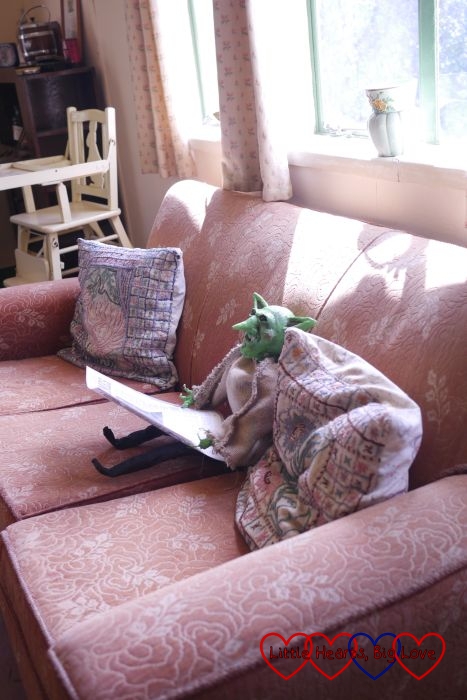 The Amersham prefab is one of our favourite places in the museum (thanks to the vintage toys found there!) and naturally the girls made a beeline for it.   We might have thought we’d have the place to ourselves – but it seemed the goblins had got there first and were making themselves very cosy.  One of them had even made himself cosy on the sofa with a copy of the Radio Times.  Something was also hiding underneath the bed in the main bedroom – something big with a long green scaly tail! We tiptoed past and hoped the dragon was sleeping.  Thankfully the noisy game of pinball between Jessica and Godmummy Katy failed to disturb him from his slumber. 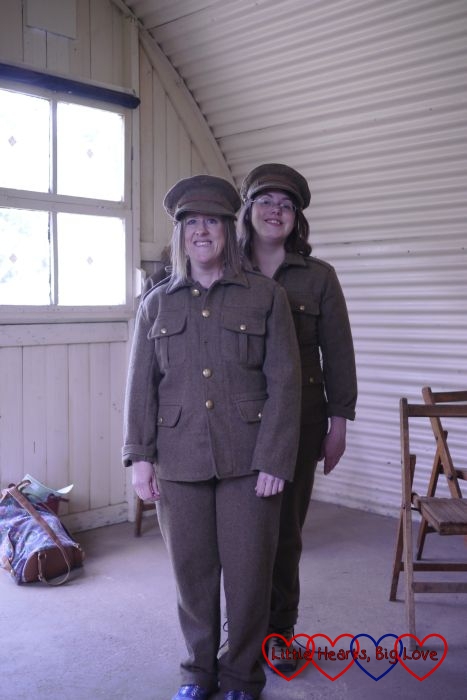 Godmummy Katy and Mummy have a bit of a reputation for being rather silly when they get together and couldn’t resist dressing up in the WWI outfits found in the Nissan Hut.  The only problem was that the outfits were marked as being age 12-13.  We’re both quite petite but whilst Godmummy Katy could just about fit into the costume, there was no way I could fasten the trousers and ended up giggling and hiding behind Katy in the photos!  “Oh dear, this is getting rather silly!” said Jessica – a phrase that was repeated many times for the rest of the afternoon, and always accompanied by lots of giggling! 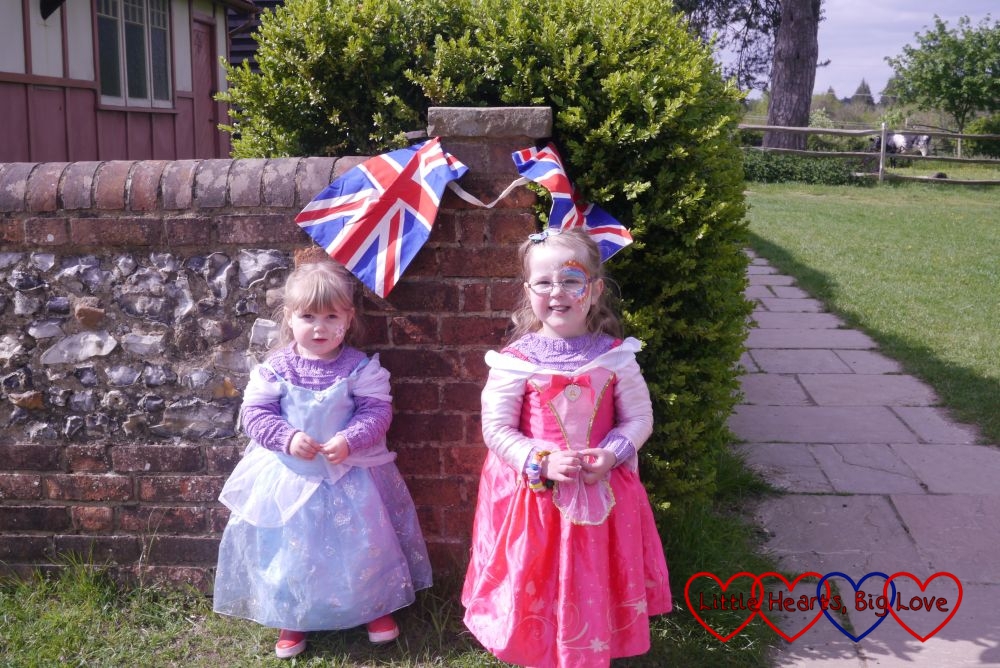 Our next favourite place in the museum is the Thame Vicarage which also has a wonderful selection of children’s toys but this time they were forgotten in the excitement of having faces painted. Jessica opted for a rainbow and Sophie was happy with just a pretty flower on her cheek. 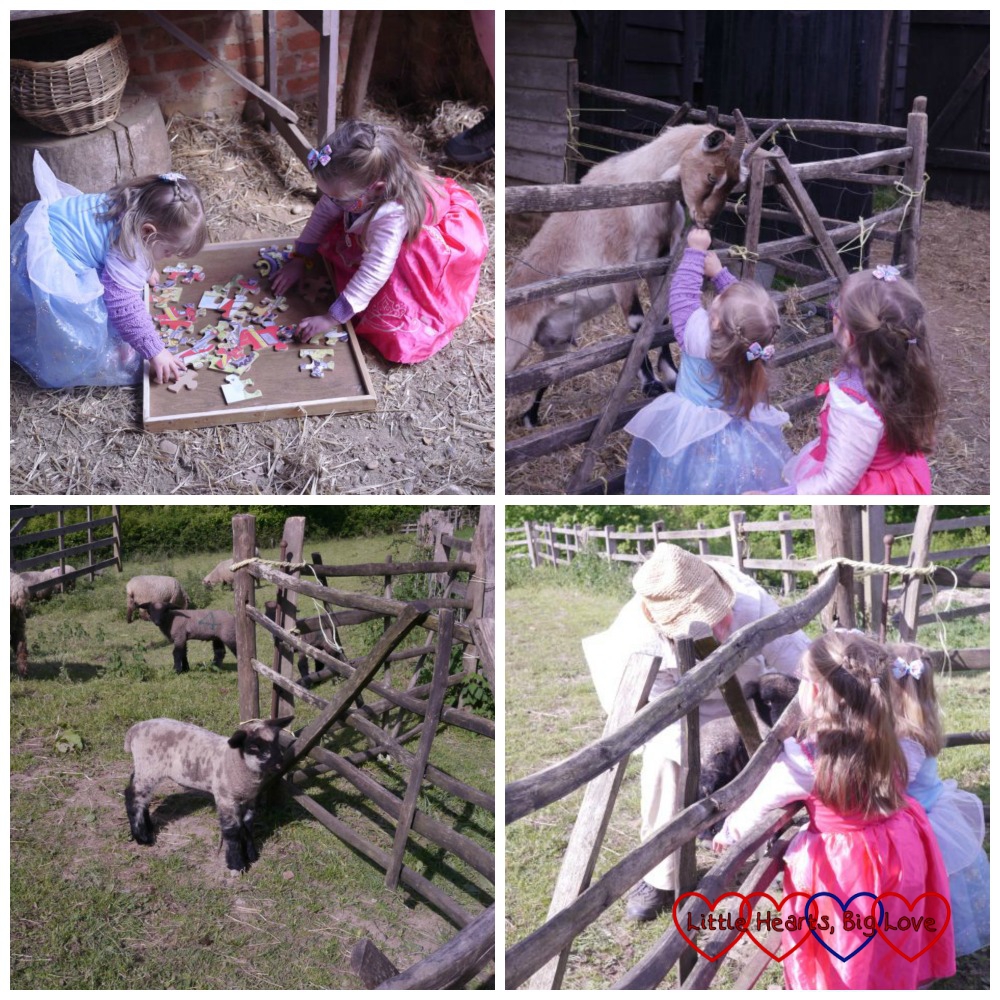 Over at the farm, there were lambs and goats to see (and try to feed).  The girls found a jigsaw to put together in one of the barns.  Nearby, in the clearing by the Little Acre Wood we encountered a wizard who told us the story of Echo the nymph before heading to the Enchanted Forest to see what we would find there.  On the way though, we had to stop off out at the playground.  Having two extra adults around made a big difference here – I’m usually on my own with the girls and trying to keep an eye on both of them in the playground can be quite a challenge!  We also bumped into the lovely Dan from One Man and His Sprog and his little girl Tilly. 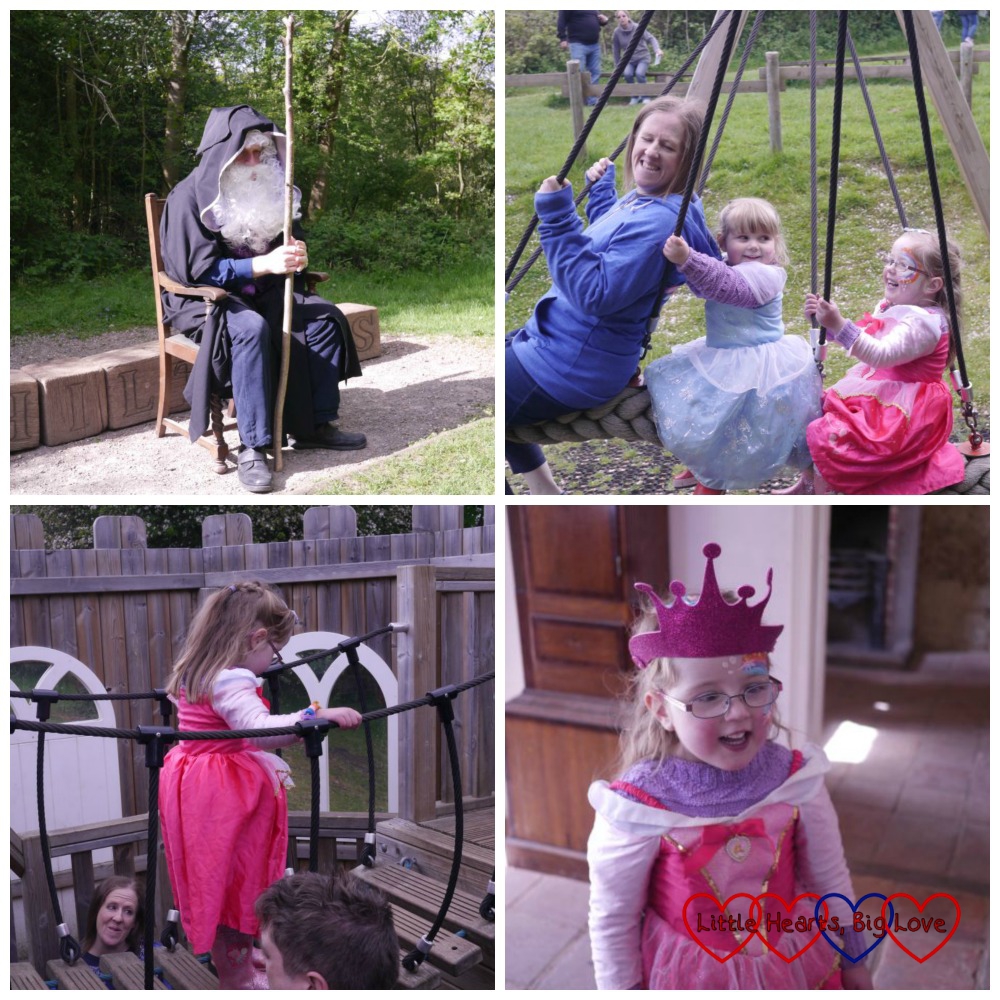 Inside the Enchanted Forest the girls got the opportunity to toast marshmallows over a fire.  They weren’t so keen on the toasting part (it was a bit too smoky) but the eating part was much more fun! As we made our way into the forest, we encountered a whole host of characters – including Robin Hood, and the Cheshire Cat.  We spotted fireflies in the trees, a few fairies and their houses here and there – everywhere we looked, there was something else to see. 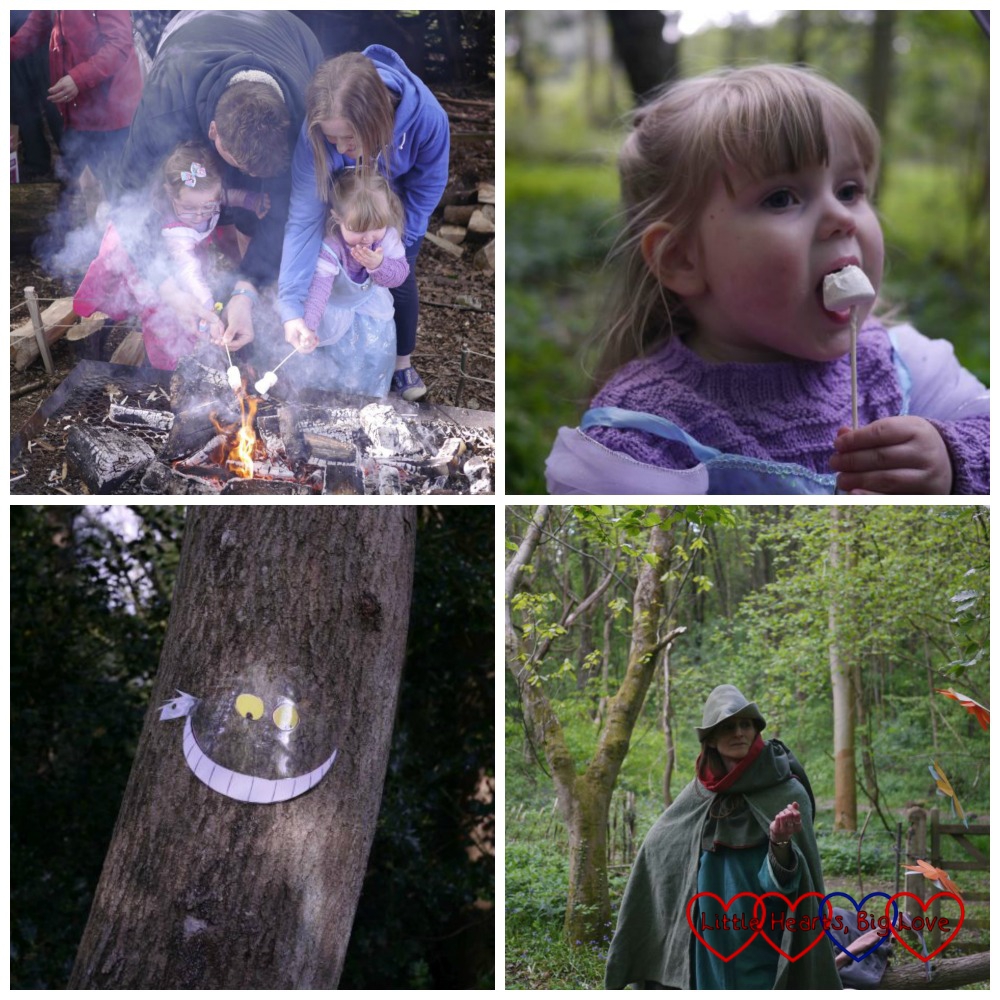 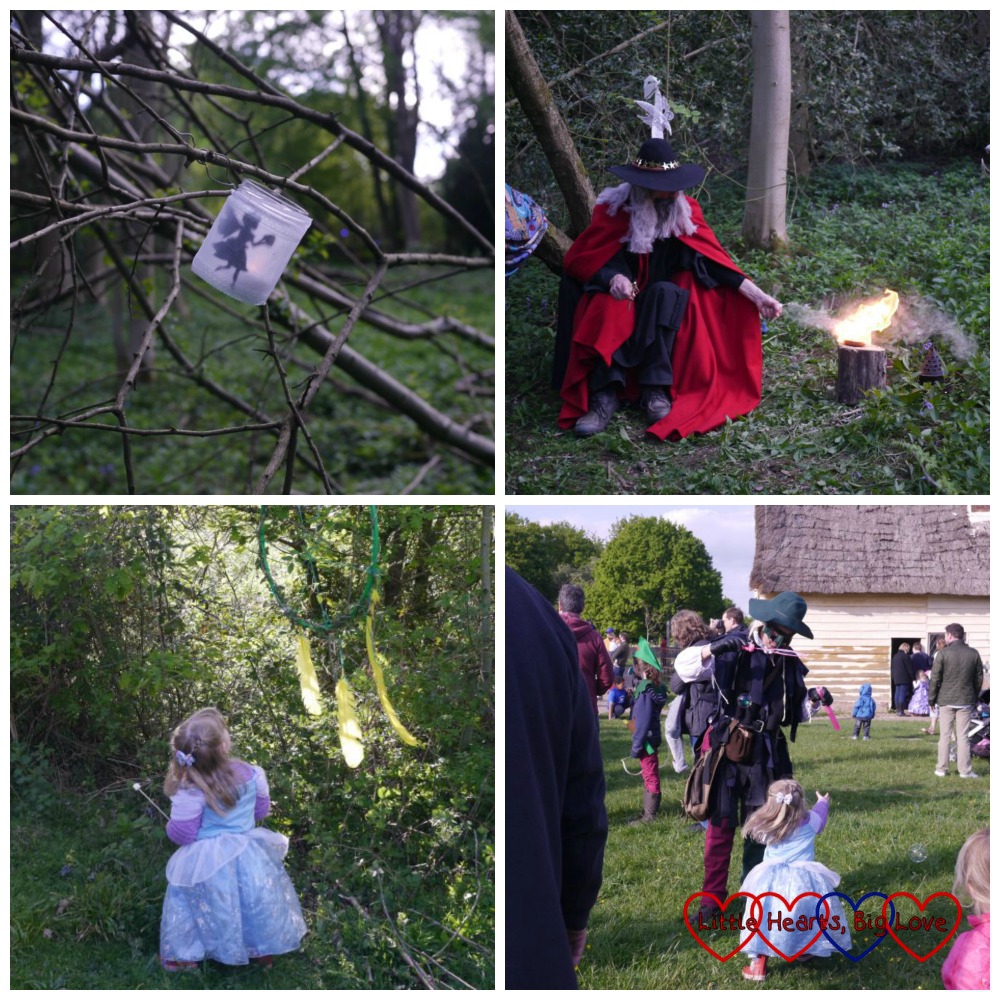 As we made our way back to the Village Green, we passed the Knight School along the way which the girls were too small to join in with, and Snow White and her Prince taking a stroll.  Across the green was the most magical sight of all – a real, live unicorn (sorry, “corn”) with a fairy princess riding it.  I think Mummy was possibly more excited than the girls over that one! 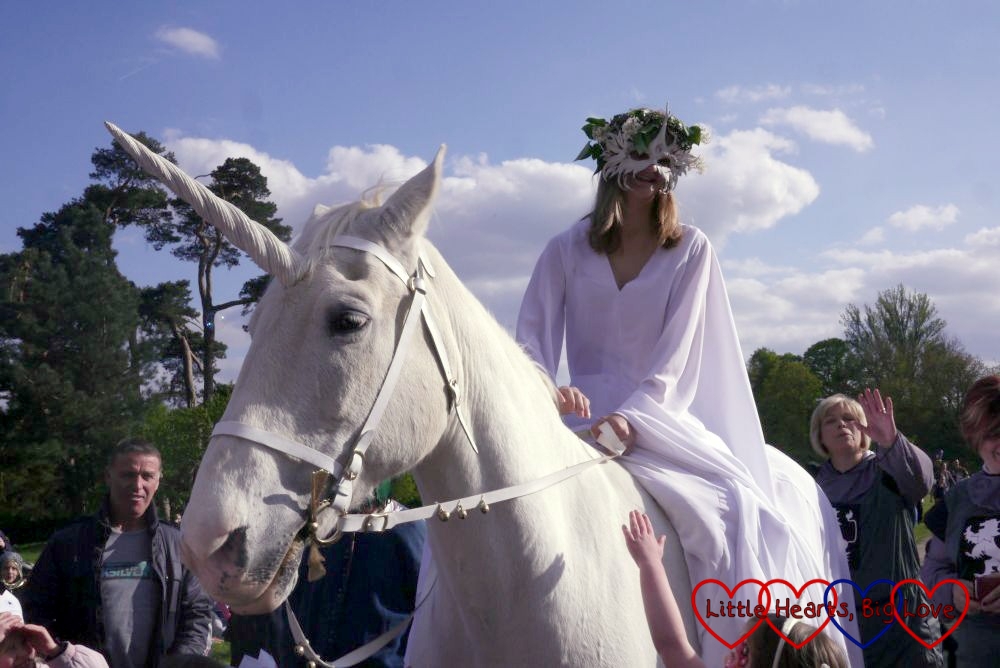 Sophie was quite taken by the dragon making its way around the green – much more exciting than the unicorn as far as she was concerned! Plus there were also people blowing bubbles – sunshine, magical creatures and bubbles – what more could a little girl ask for! 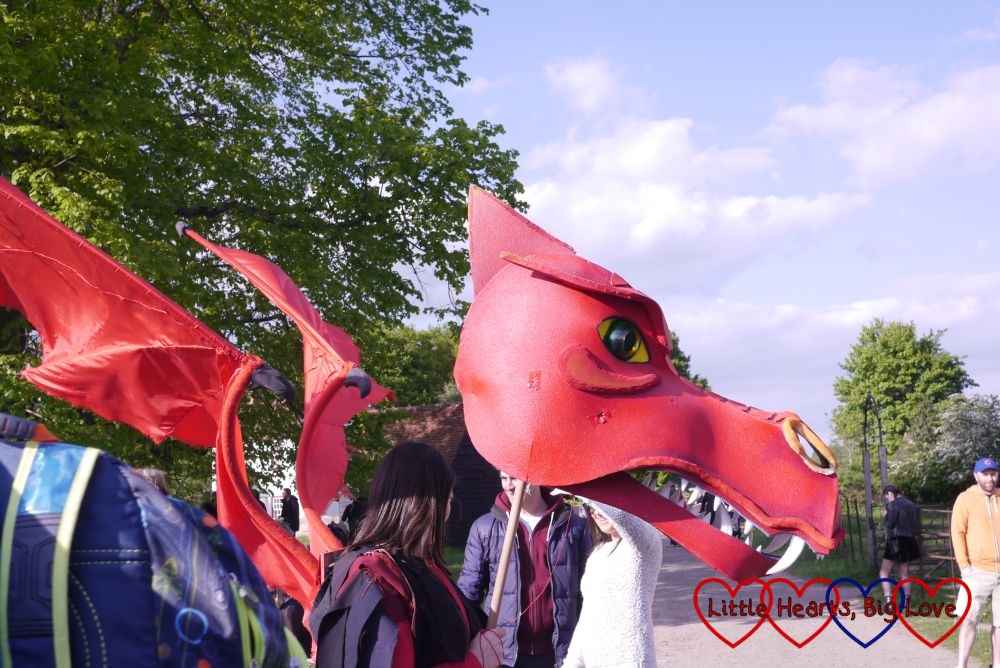 Whilst the smell wafting across the green from the barbecue was very appealing – the queue was enormous and with all of us starting to get very hungry, we decided to bring our Enchanted Museum adventure to a close and head over to a nearby carvery for some dinner – the perfect way to end our magical afternoon.

23 thoughts on “A magical adventure in an Enchanted Museum”