“For the first time in forever…” sang Jessica as she ran down the hallway ready to go out for the day. Whilst it had felt like we’d been stuck indoors a lot recently due to the rain, I didn’t think it had been that bad! Thankfully the sun had finally come out again, and having discovered that there was a children’s farm within driving distance (thanks to a post from One Man and His Sprog) we were off to visit somewhere new. 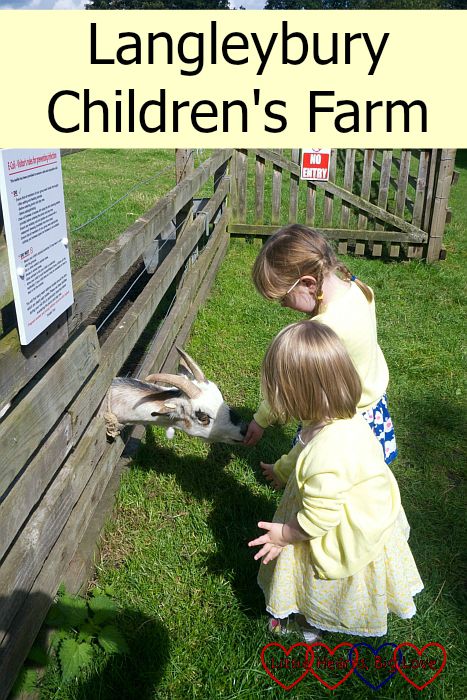 Langleybury Children’s Farm is situated in Kings Langley, just north of Watford, and at £3.50 for adults and £2.00 for children (walking to age 16), it is very reasonably priced. The girls had spotted the play area as we made our way to the farm and instantly made a beeline for it. While most of the wooden play equipment was a little too big for them to explore, they were very happy playing with the various Little Tikes cars, slides, trikes and other outdoor toys scattered about that were perfect for little ones.  With the play area and nearby bouncy castle (£1 per child for unlimited use during the visit) to keep them amused, it was quite a while before they were ready to go and see some animals. 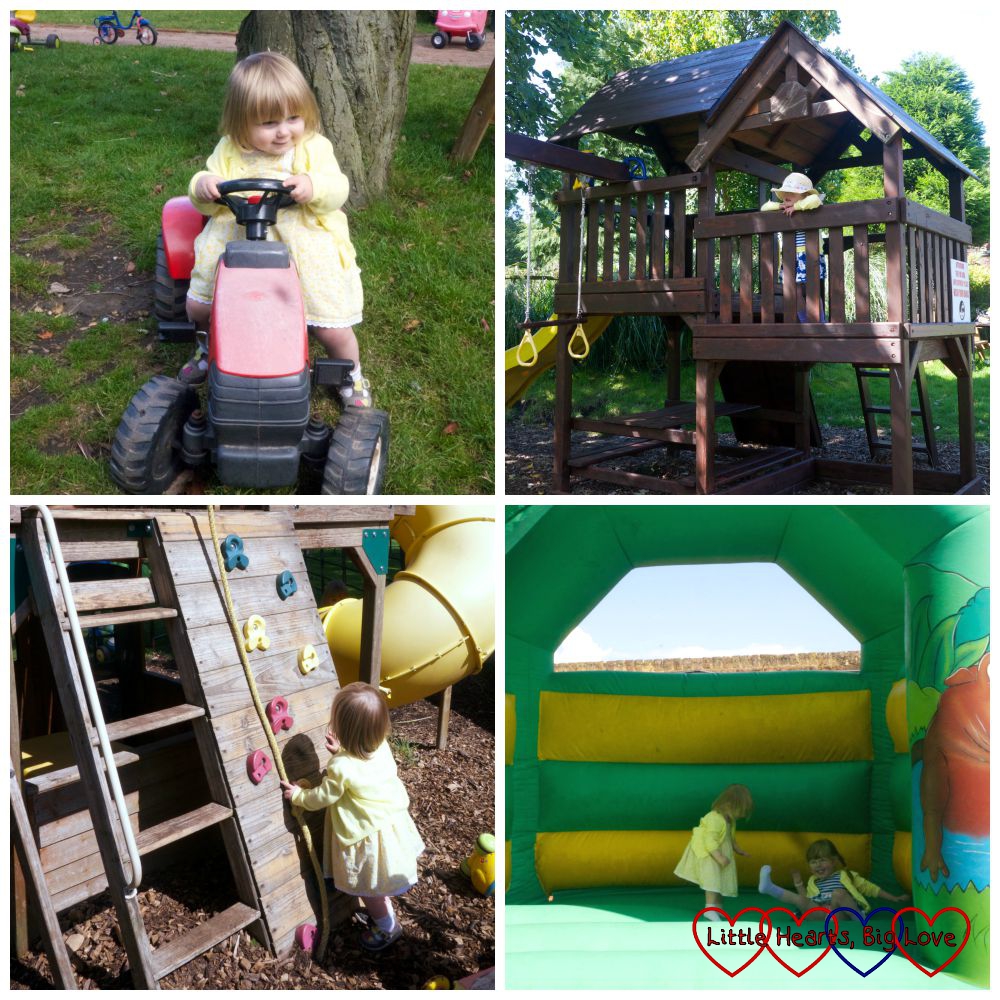 We picked up a couple of bags of goat and sheep food from the café/gift shop, which were 50p each, and headed to the goats first as these had been a big hit with Jessica and Sophie on our recent visit to St Werburgh’s City Farm. The goats came straight over as soon as they realised we had food for them and the girls had so much fun feeding them. 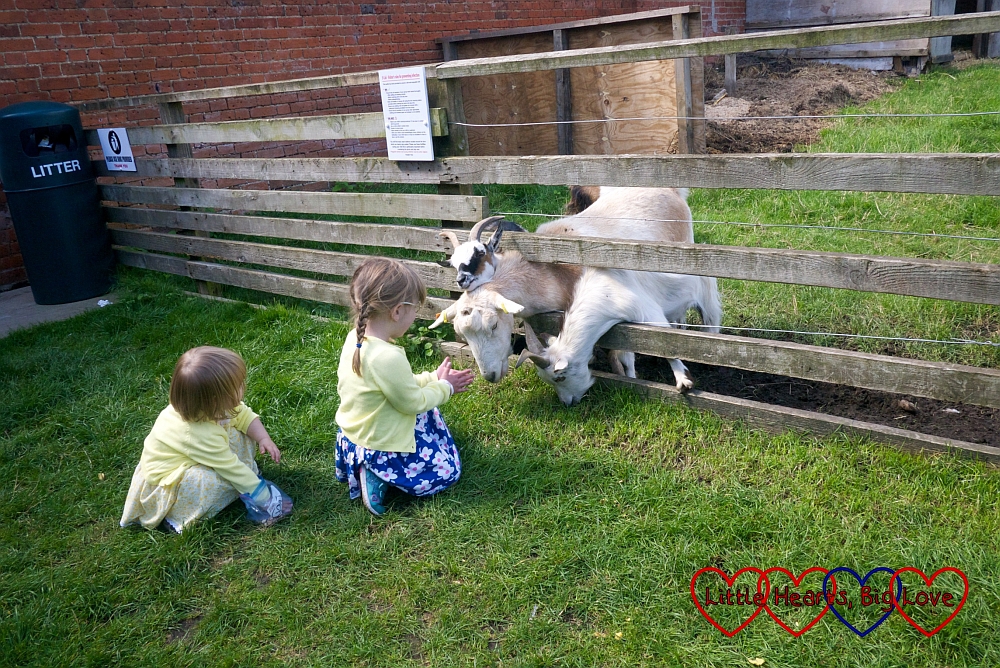 There were plenty of animals for them to see as we wandered around the farm, passing cows, chickens, ducks, pigs, sheep, rabbits, guinea pigs and a pony. There was an aviary with some brightly coloured birds (I recognised budgies but wasn’t very sure what the others were – my knowledge of birds is somewhat limited!) although the girls were more interested in the owls they spotted a little later on. 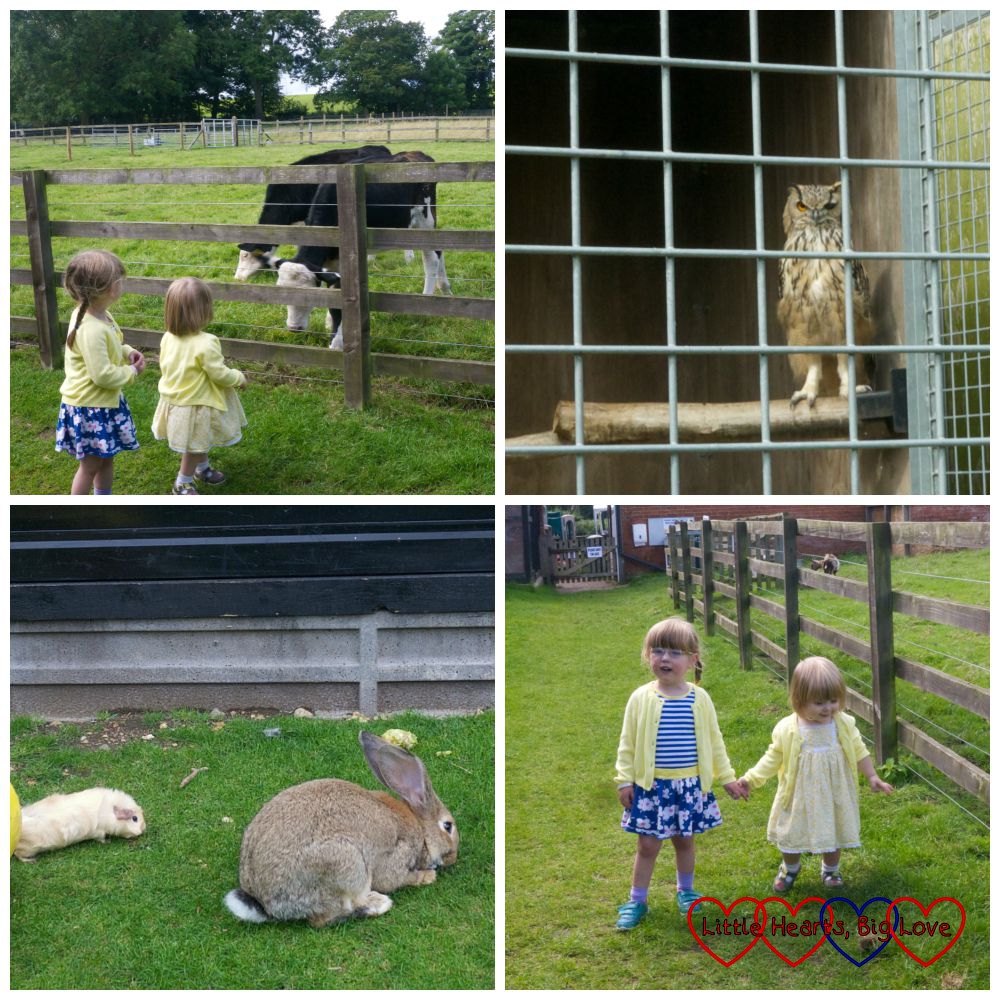 Jessica got very excited about seeing the pigs especially when one came over to say hello to us and promptly did a big wee in front of us. “Look, Mummy!” Jessica squealed, “the piggy did a big wee-wee! Wee-wees go in the potty, piggy!” Good to know my instructions during our three weeks of potty training to date have well and truly sunk in! 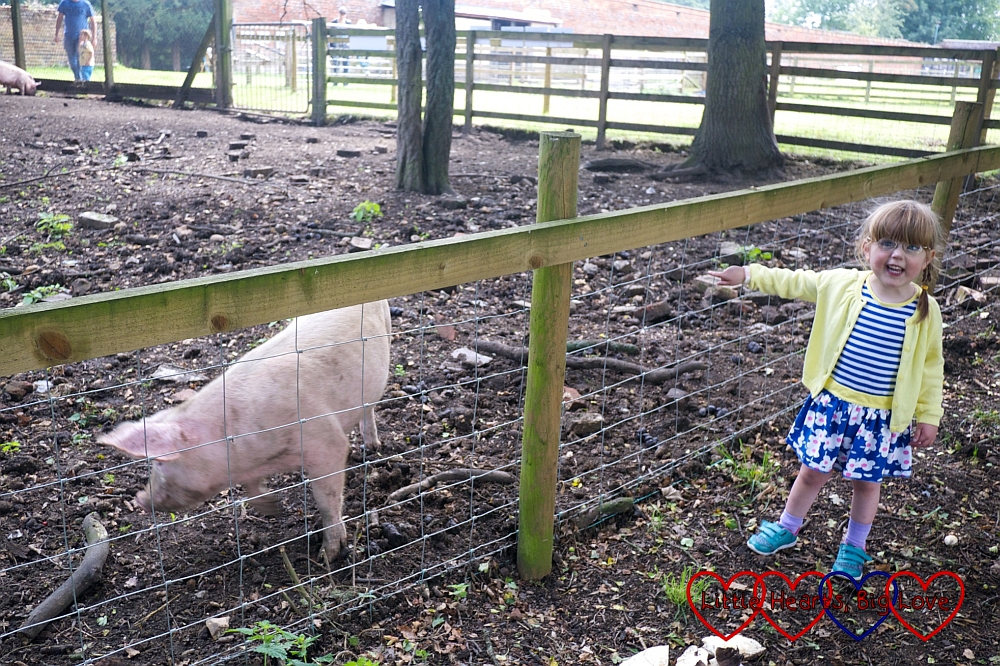 Sophie was frightened by one of the sheep baa-ing very loudly close to her ear. There were a lot of tears for a while but helping Jessica to feed the sheep soon helped her cheer her up again. 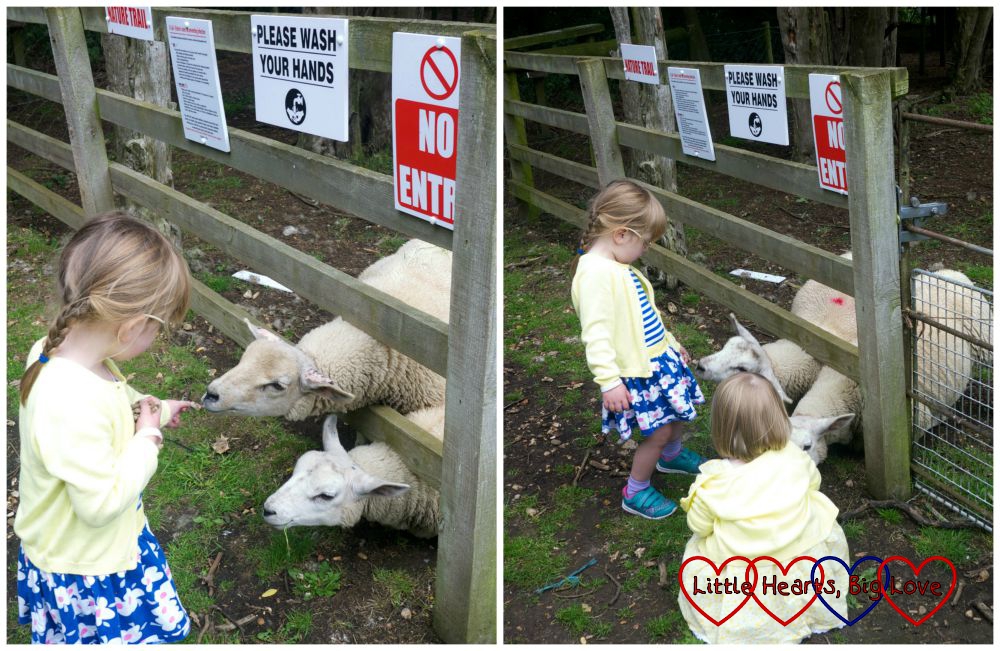 There were plenty of sinks at the entrance to the farm for handwashing and a couple of the basins were low enough for Jessica and Sophie to be able to use without too much difficulty. It’s always good not to have to balance the children on my knee while helping them wash their hands! 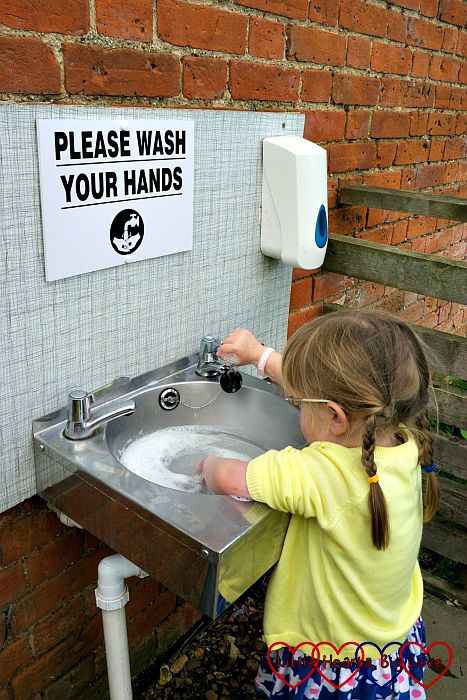 After visiting the animals, we stopped for an ice lolly before a final visit to the playground where the girls wore themselves out. They were both fast asleep in the back of the car within minutes of us leaving! 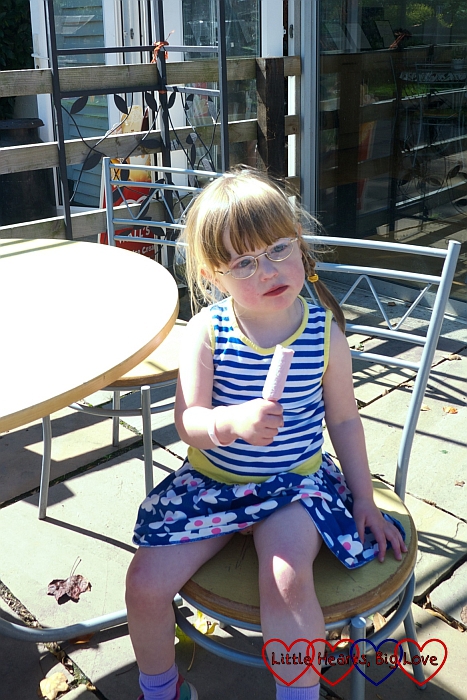 Langleybury Children’s Farm is open daily from 11am-5pm until the end of August and then is open at weekends until October. We enjoyed our afternoon there and would definitely go back again.