Iver Environment Centre has become one of our favourite places to visit during the school holidays. It’s a bit of a hidden gem, tucked away just off the road between Uxbridge and Slough with 4.5 acres of gardens to explore. During the February half-term we enjoyed a couple of afternoons there, taking part in two workshops. 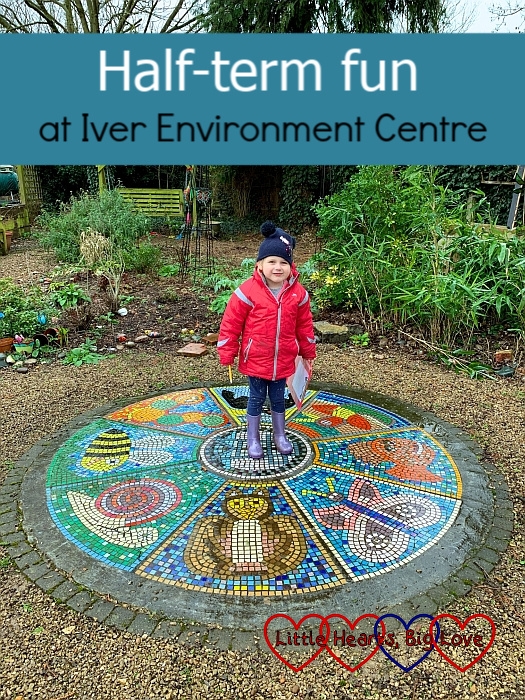 The theme for the first afternoon was ‘Beautiful Birds’. We arrived an hour before the workshop was due to start so we could explore the gardens beforehand. We had the place to ourselves for a while as I think the rain had put off anyone else tempted to arrive early! 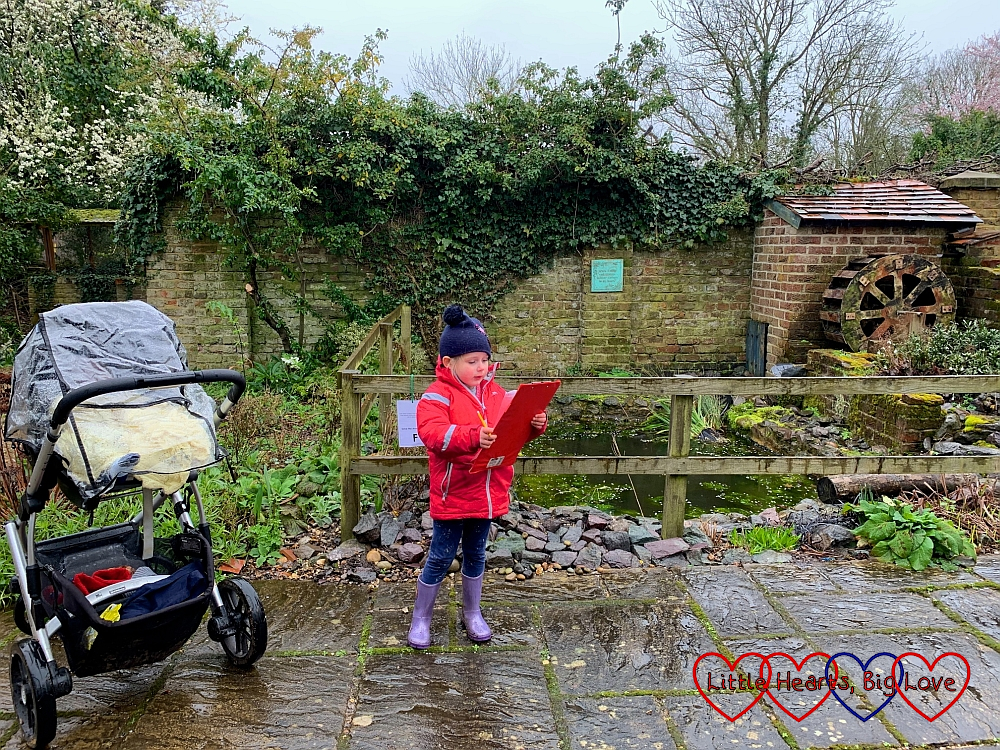 Sophie had to collect all the different letters she could find hidden around the gardens, and then rearrange them to find the Beautiful Birds-themed words. Watching her running around, finding the letters herself and writing them down was a reminder of how grown-up she is getting. It really wasn’t so very long ago that I was the one carrying the sheet and having to write down the answers. 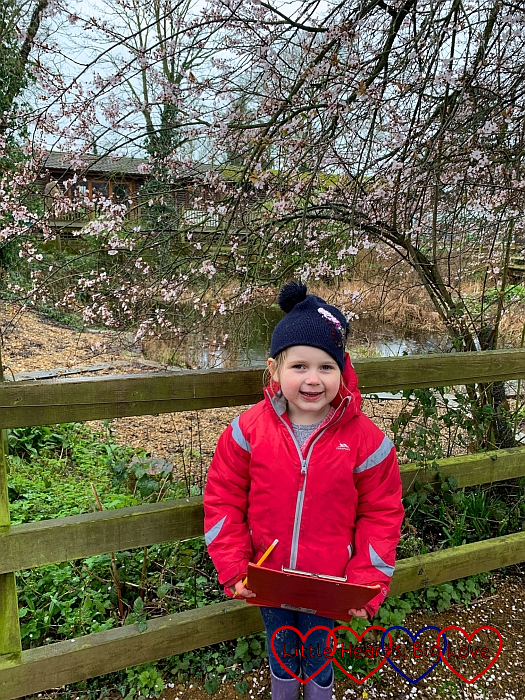 She did need help to rearrange the letters and solve the anagram though, which spelled ‘bird feeder’ – and that turned out to be one of the things we were making in the workshop. Before we headed in for the workshop though, we had time for a quick game of Jenga out in the orchard. 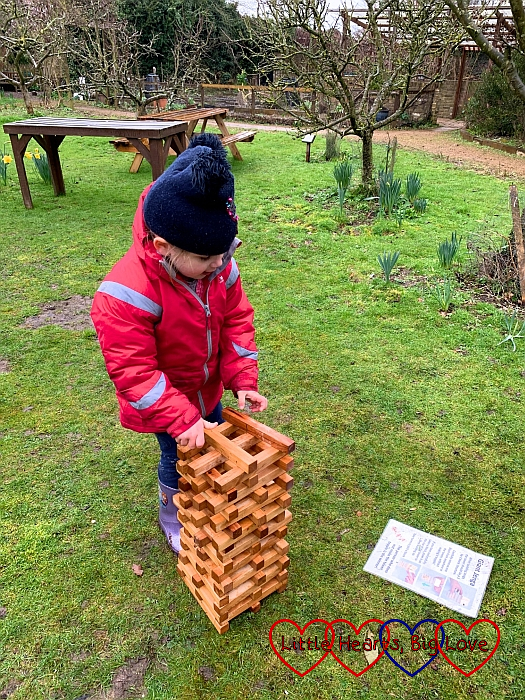 In the workshop, the first activity was to make a birds’ nest. I helped Sophie make a nest shape from a paper bag, and then she headed outside to find some leaves and twigs to fill her nest.  Once Sophie had filled her nest with the natural items she collected, she had to paint a pebble ‘egg’ to go inside her nest. 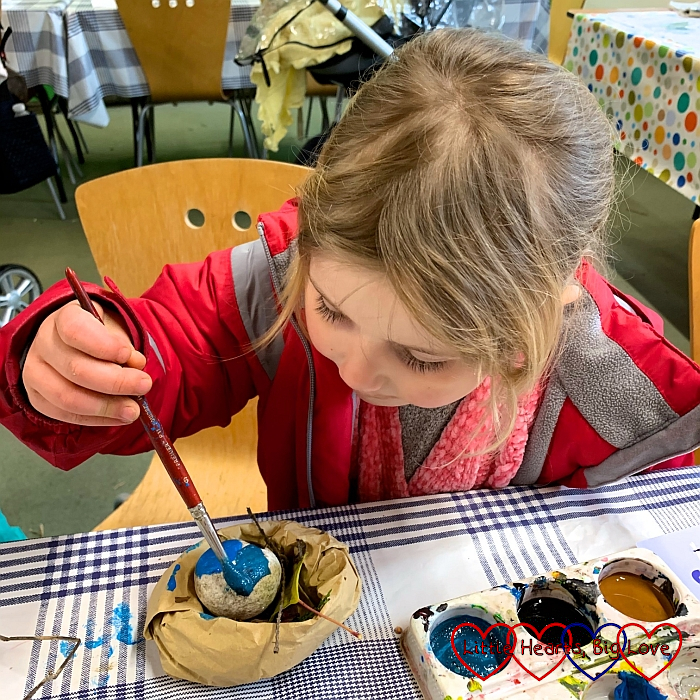 Next, came making bird feeders by mixing some vegetable suet and seeds together and poking the sticky mixture inside a pinecone. Sophie loved getting her hands all sticky and mixing up the suet and seeds while I tied some wool around the top of the pinecone, ready for her to fill it with the mixture. We’ve done something similar to this at home using peanut butter and seeds. The birds seem to have enjoyed it. 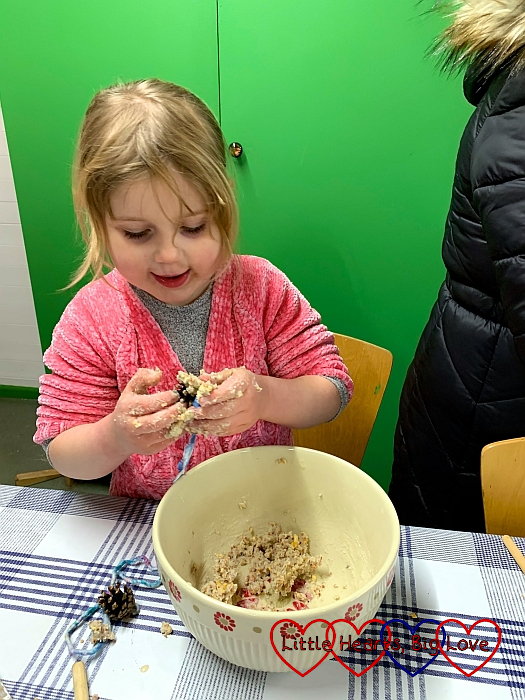 The next day was the Fairies and Elves themed workshop which was a very busy one. This time, we headed into the woodland area to collect a stick for a fairy wand and natural items to decorate it, tied on with colourful pieces of wool. It’s very similar to our nature fairy wands, which was one of the girls’ favourite nature crafts, and Sophie enjoyed making her wand. She also collected leaves, and twigs to decorate a fairy bookmark and make a fairy garden. 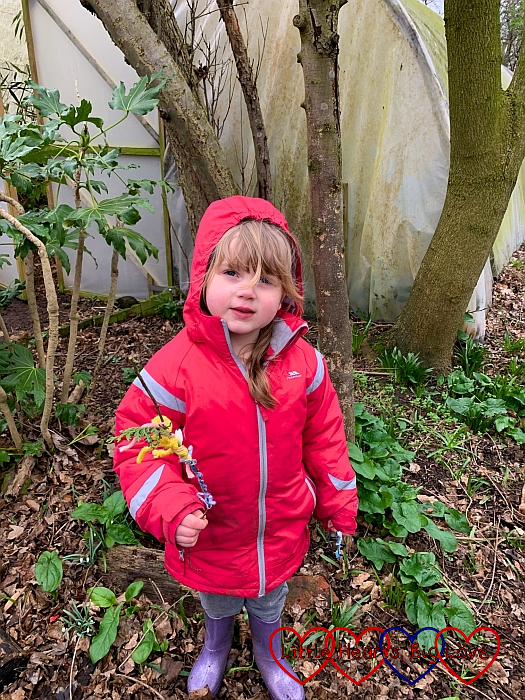 We’ve done a similar fairy garden activity before – making a fairy house out of a cardboard tube, and then making the garden on a plate. Last time Sophie needed my help to create her fairy garden – this time she was able to do it all by herself, and had much more definite ideas about what she wanted to do. 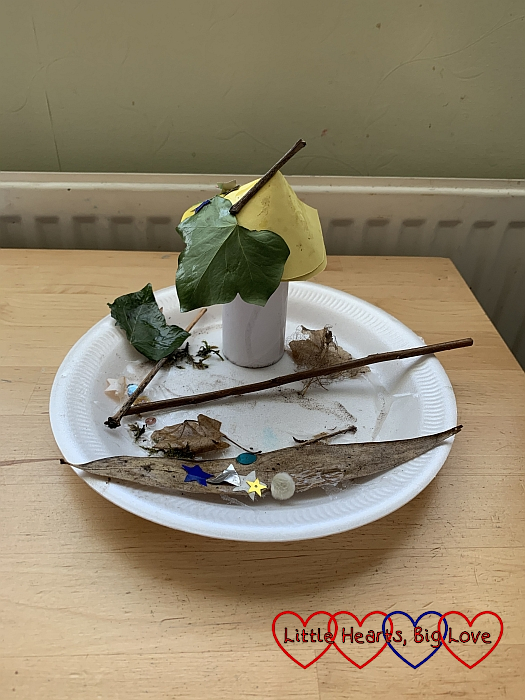 After Sophie finished making her fairy garden, we headed out to look for signs of the fairies and elves that lived around the environment centre. There were several things we were trying to spot and take photos of, such as a fairy door, a pond for the elves to swim in, and an acorn cup for them to drink out of. 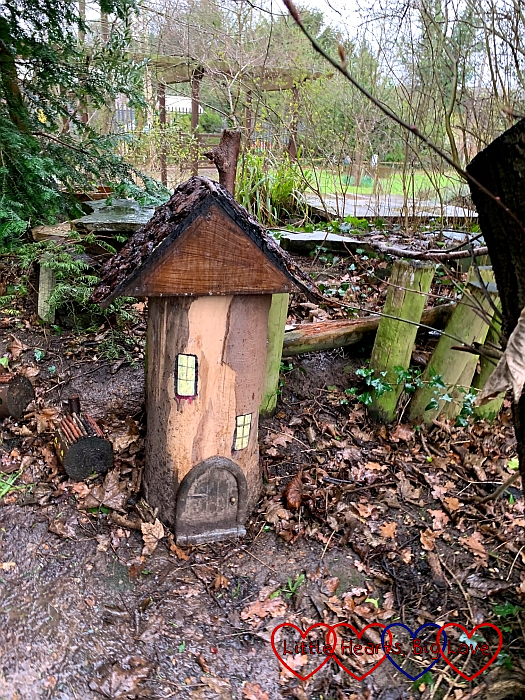 The only thing we didn’t manage to find was an acorn cup, although we did find an empty snail shell which might have been used instead. Sophie had fun building the fairies a miniature shelter in the woodland for one of the items on the photo trail. 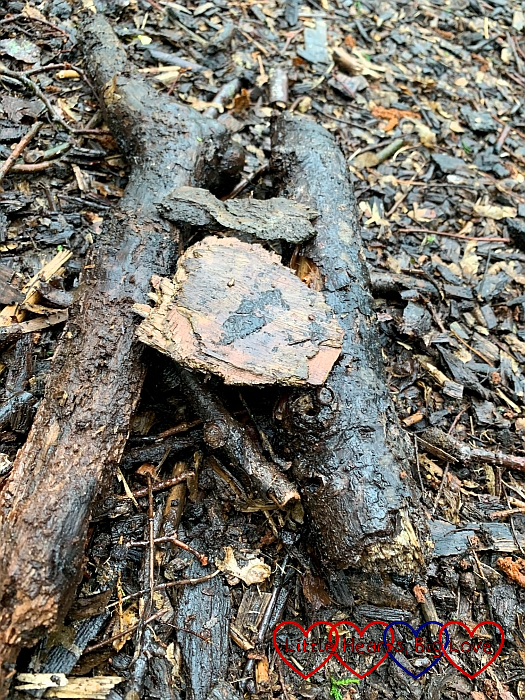 It was lovely to enjoy a mixture of outdoor time to explore and some nature crafts. Sophie loved taking part in the workshops. We shall look forward to being back at Iver Environment Centre for some more activities when the school holidays come around again. 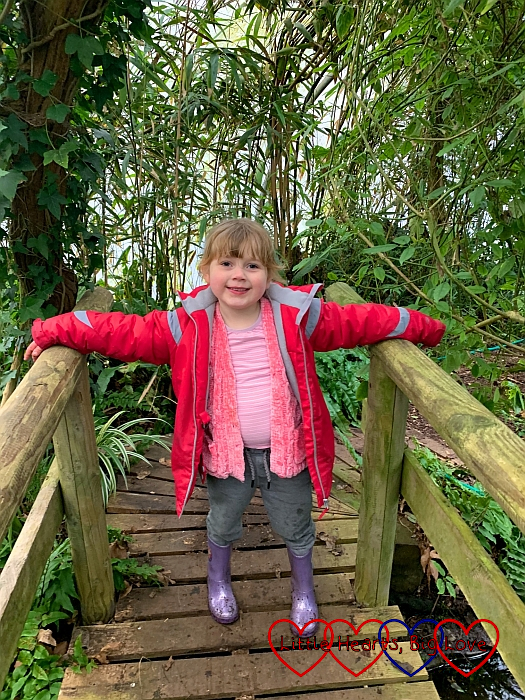 Visiting Iver Environment Centre– what you need to know: