We’ve been lucky to have snow a couple of times so far this winter. We always have to make the most of it when we do get it though as it doesn’t happen very often and it tends to only last a day or so. One of her Sophie’s Christmas presents was her ‘Special time with Sophie’ box containing twelve envelopes, one for each month – each with an activity that we will be doing together. Last month’s activity was for “snow or ice play”. I wasn’t sure if the weather would oblige me with real snow, so instead I thought I’d try making some fake snow to play with instead. 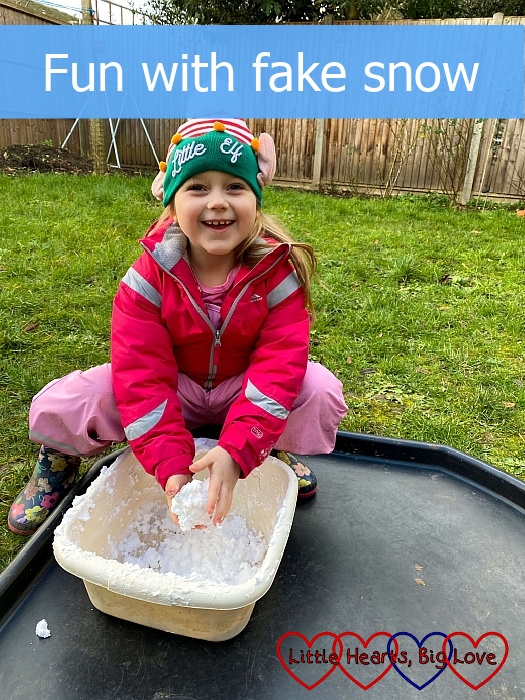 I followed Cats, Kids, Chaos’ recipe for fake snow which combines bicarbonate of soda with shaving foam. We made half the quantity suggested but it was still enough for the children to have fun with. 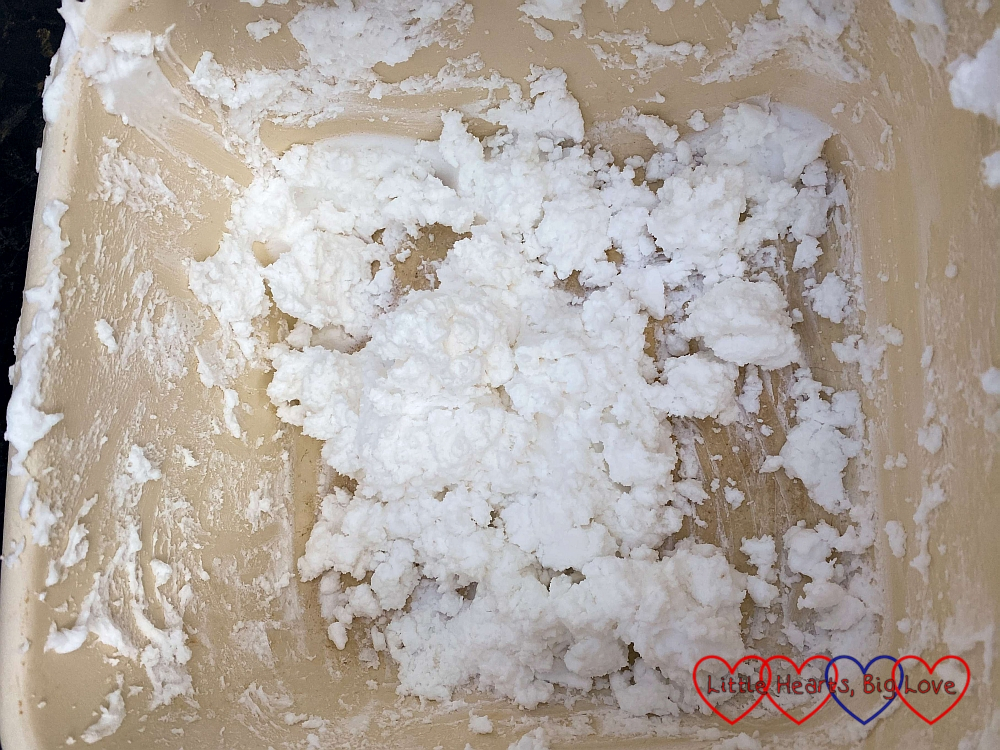 I was amazed by how cold the fake snow felt and it did look quite similar to the real thing. Texture-wise, it felt similar to playdough, but looser and a lot colder! We took it outside to the garden so that the children could play with it in the tuff tray. 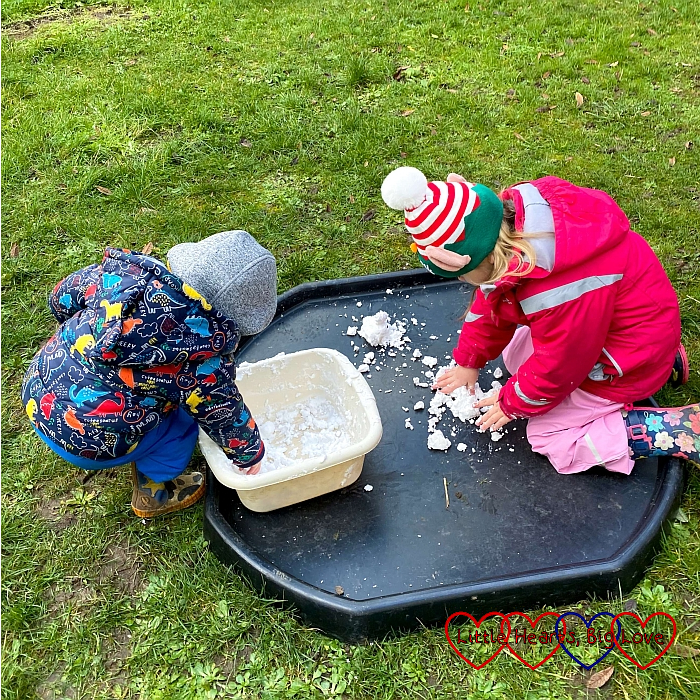 It was great for messy, sensory play. Sophie enjoyed squishing the fake snow together and feeling how cold it was between her fingers. Naturally we had to build a mini snowman with it too. 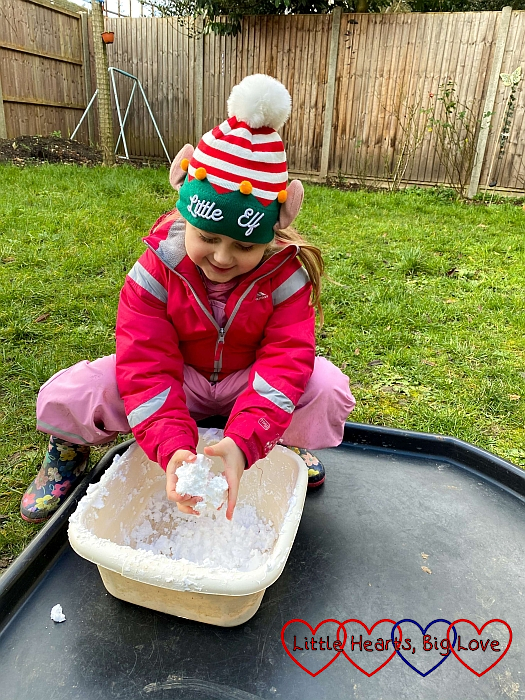 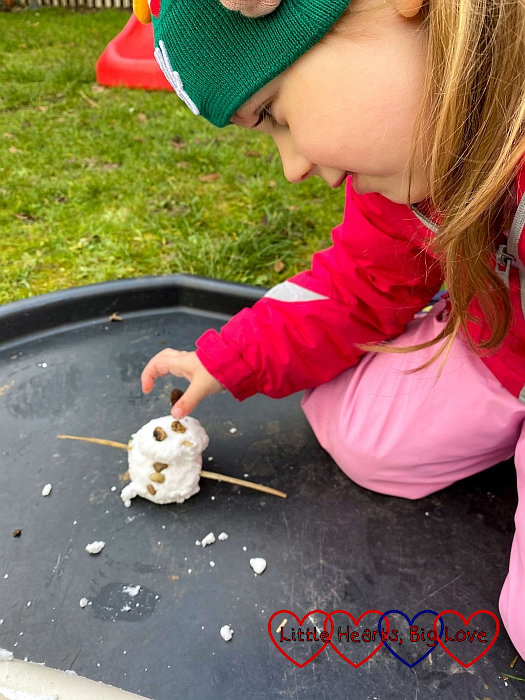 Thomas wasn’t quite so keen, but he did spend a few minutes playing with it. He found it quite funny when Sophie decided to start a little snowball fight with him though. 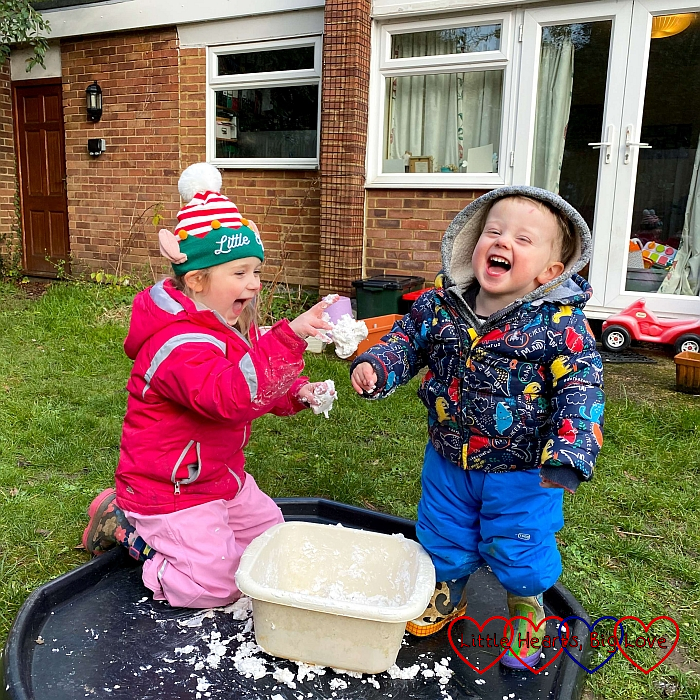 Once the children had finished playing with it, we disposed of it in the rubbish bin, as advised as it can cause a blockage if disposed of down the sink. The residue washed off the children’s outdoor clothes easily without leaving any marks.

It wasn’t a substitute for the real thing of course; we hadn’t made nearly enough of it for Sophie’s liking, for one thing! It was fun to play with though. As it turned out, the real thing came along the next day anyway so Sophie got some “proper” snow play after all. 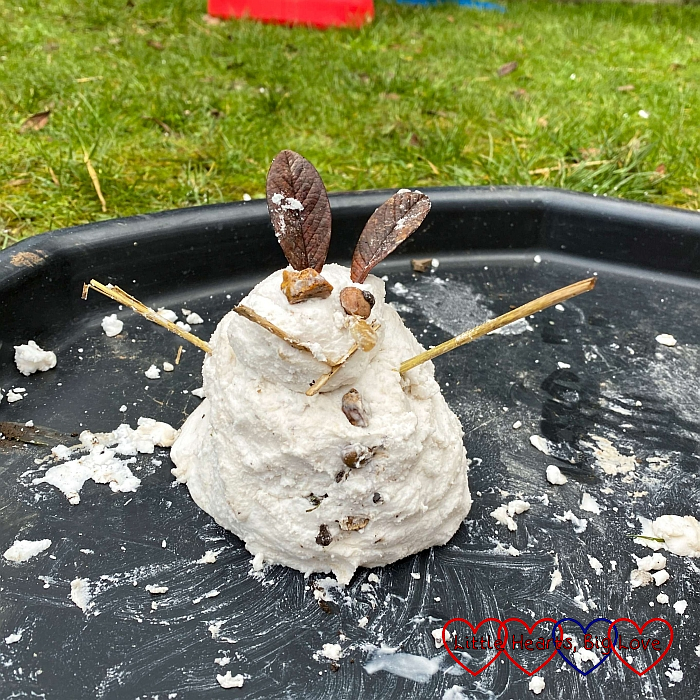 6 thoughts on “Fun with fake snow”