Langley Park is one of our favourite places to visit.  It’s somewhere that the girls can always make magic just with a little imagination.  Put some funfair rides, face painting and other attractions there for a day though, add that little touch of magic and it’s the perfect recipe for a fun day out. 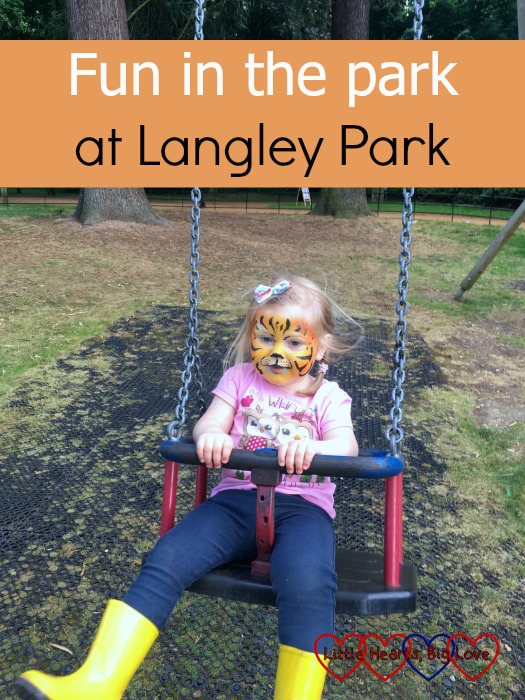 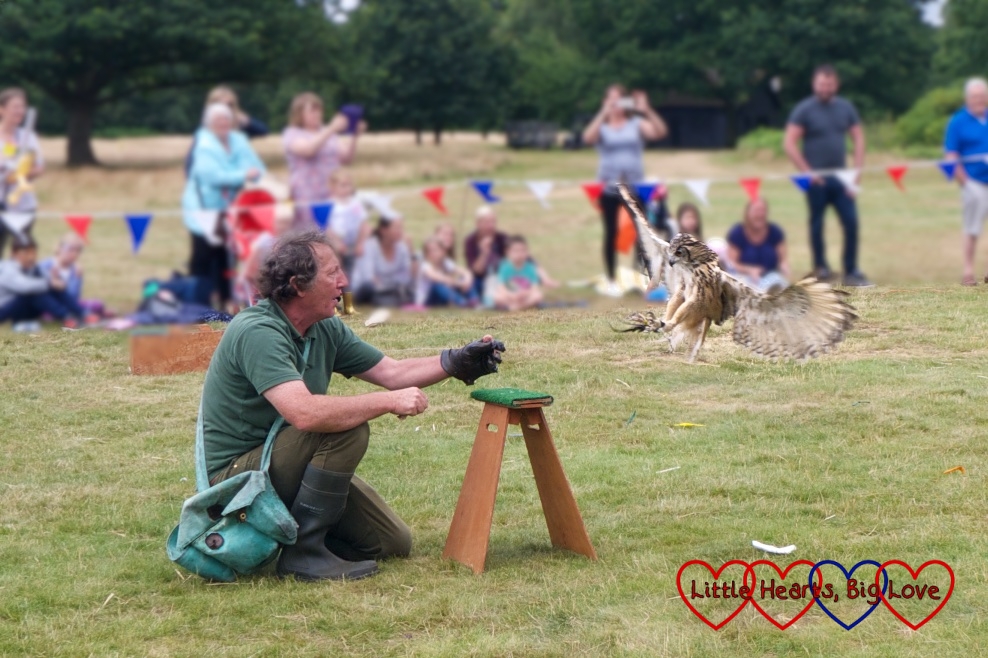 We watched the falconry display for a while.  Jessica and Sophie were quite fascinated by seeing the owl fly from one end of the display area to the other.  At one point, the children were invited to sit in the middle while the owl flew over their heads but Jessica and Sophie both declined, wanting to stay next to Mummy and Grandma and watch the owl from a safer distance. 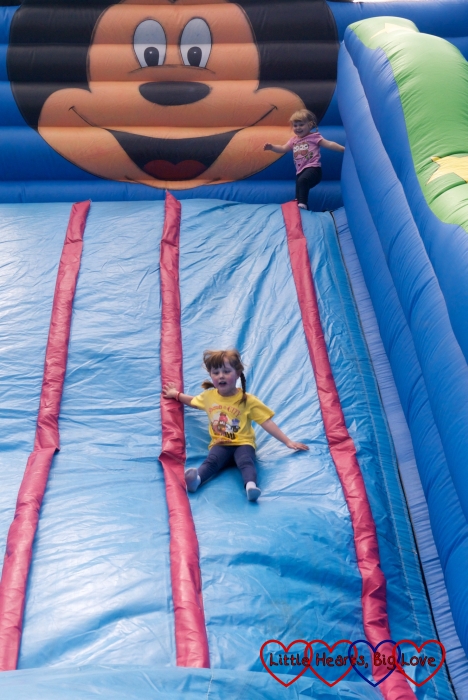 The giant inflatable slide was a big hit with both the girls.  Jessica always used to be the timid one where big slides were concerned, with Sophie being fearless and now it seems they have switched places.  Sophie is now the one who needs lots of encouragement to even consider going down slides – although she did enjoy this one! 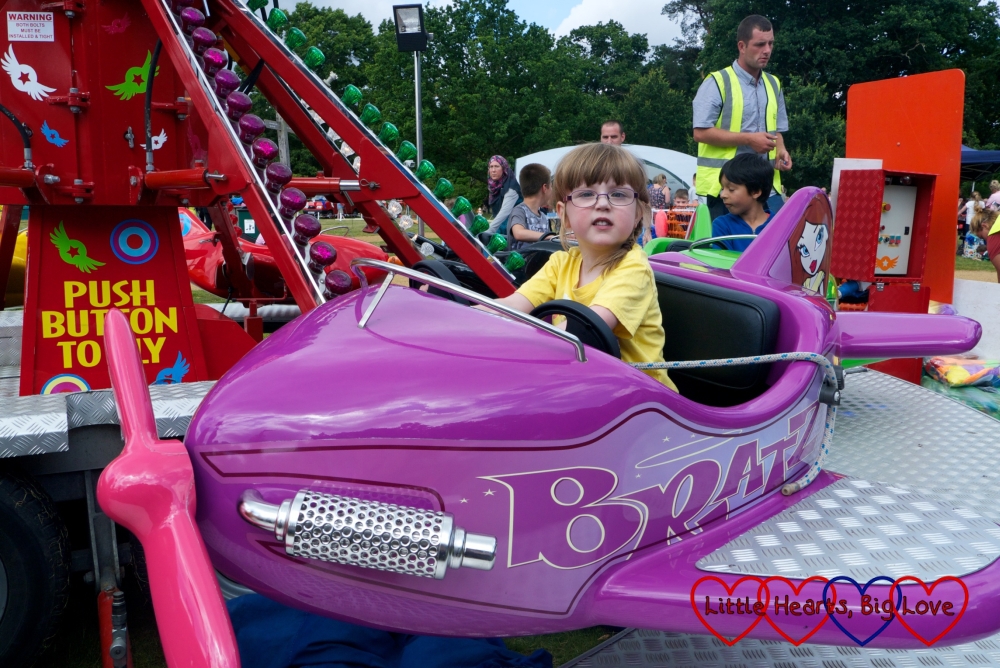 Both girls loved the aeroplane ride and were quite insistent on having a plane each rather than sharing which is what they’ve tended to do up until now. 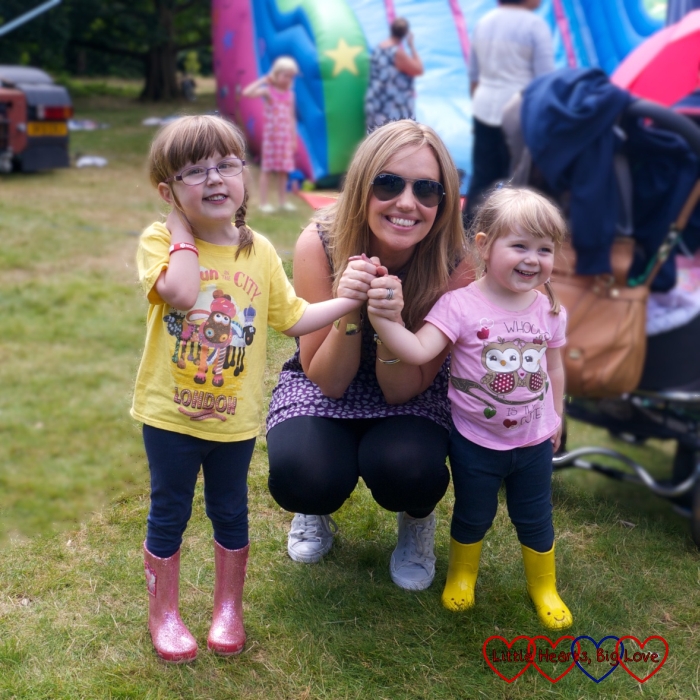 We also bumped into our lovely Tiny Talk teacher Louisa and got to meet her new baby for the first time. 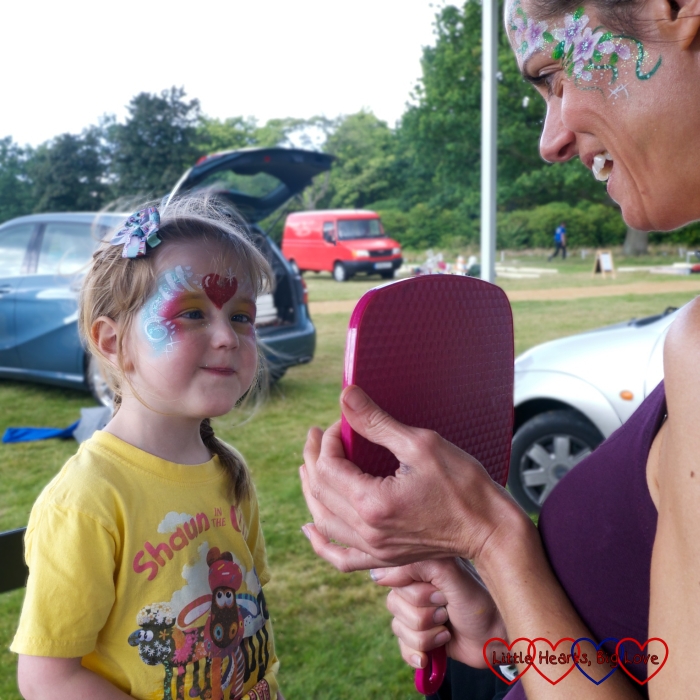 No fun day is complete without having to get faces painted.  There was just one person doing the face painting though which made for a long wait in the queue.  Jessica went for a pretty pattern with a heart in the middle of her forehead and Sophie opted for a tiger.  I was very impressed by the end result – and have to say I think she made the cutest little tiger ever! 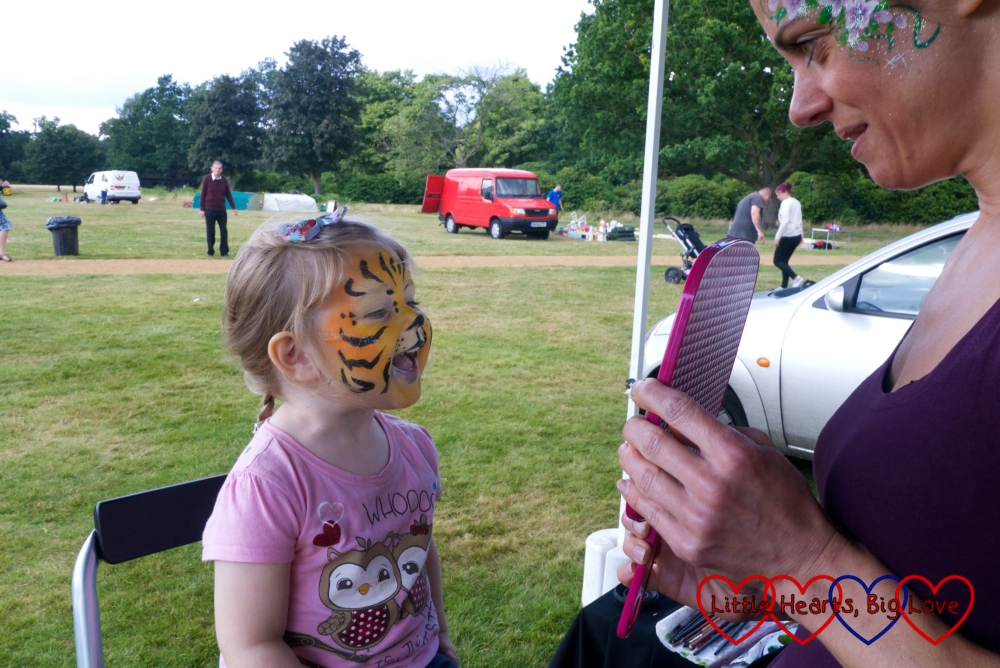 In the playground, Sophie had a lot of fun prowling around underneath one of the little huts being a scary (and adorable) tiger while an older girl pretended to be scared up in the hut.  It was lovely to see her enjoying some imaginative play with an older child encouraging her in it. 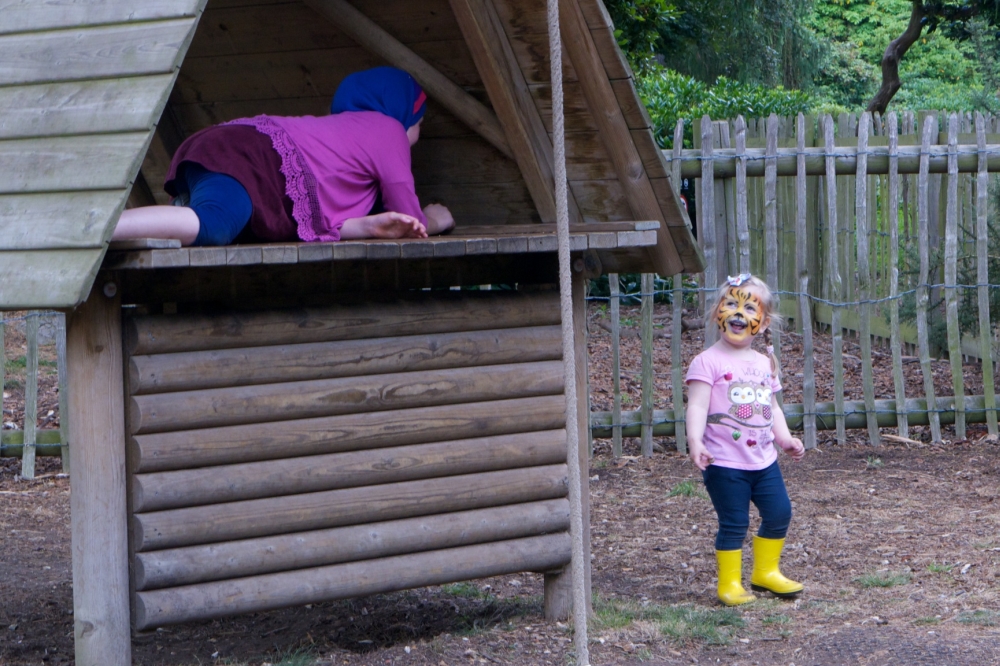 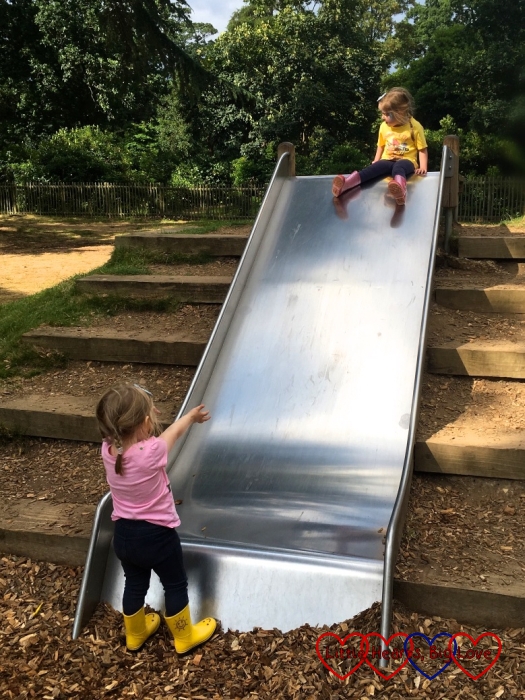 The long grass on the way back to the car park was also the perfect place to pretend to be a tiger and both the girls had a wonderful time prowling through the grass and roaring at each other.  We also spotted a few grasshoppers too. 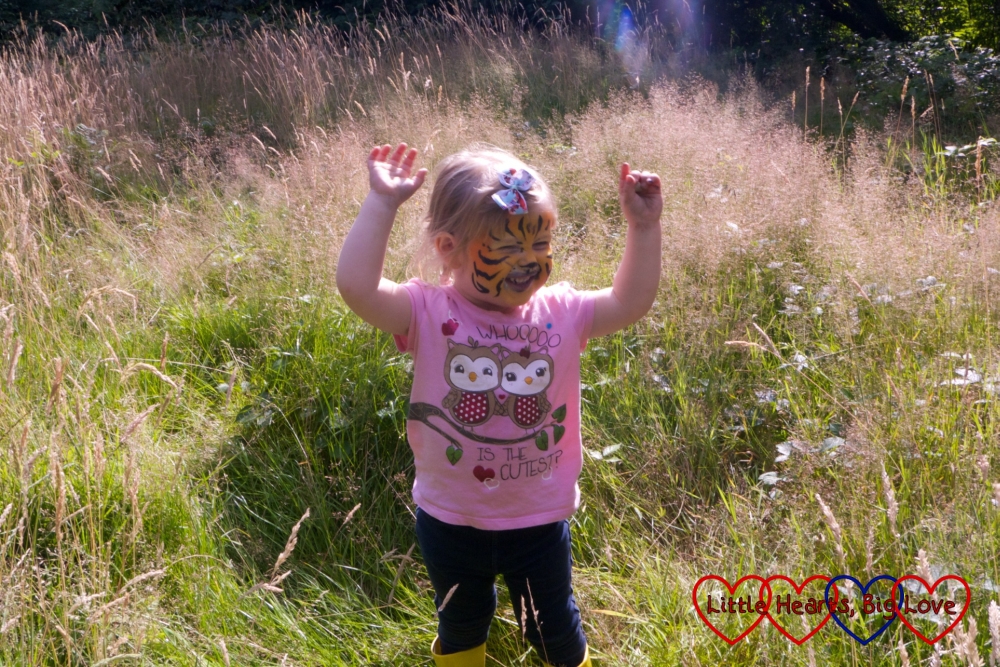 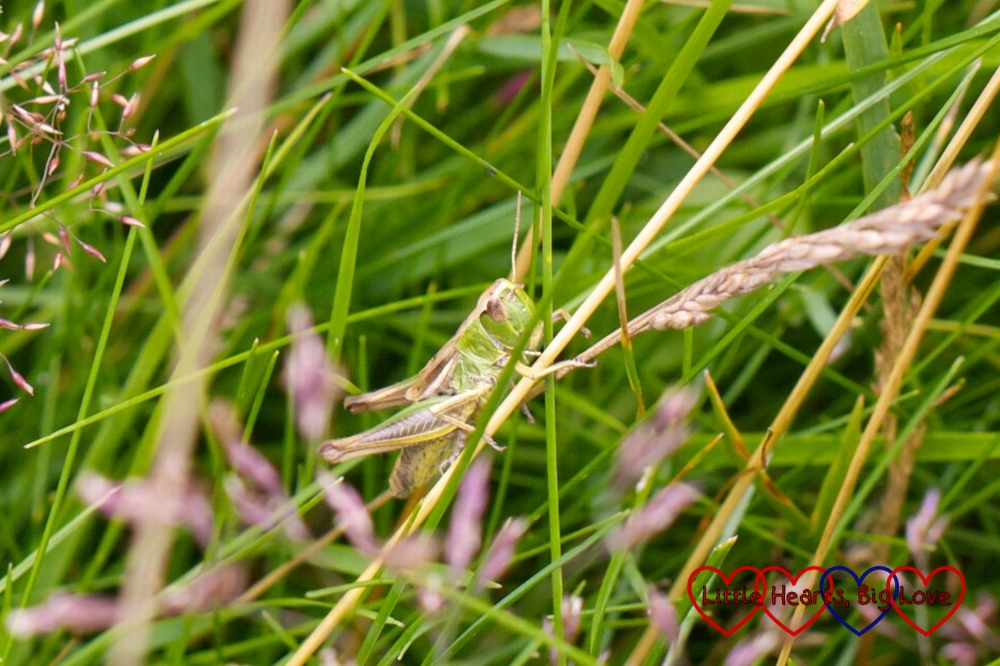 While the girls enjoyed going on the rides at the fun day, I think the last half-hour when they were just having fun in the playground or pretending to be tigers roaming through the long-grass jungle were the most enjoyable moments for the girls.  Just as well really – with each ride costing £4 for both of the girls to go on it, my purse would have been rapidly emptied had they wanted to spend all their time on the rides! 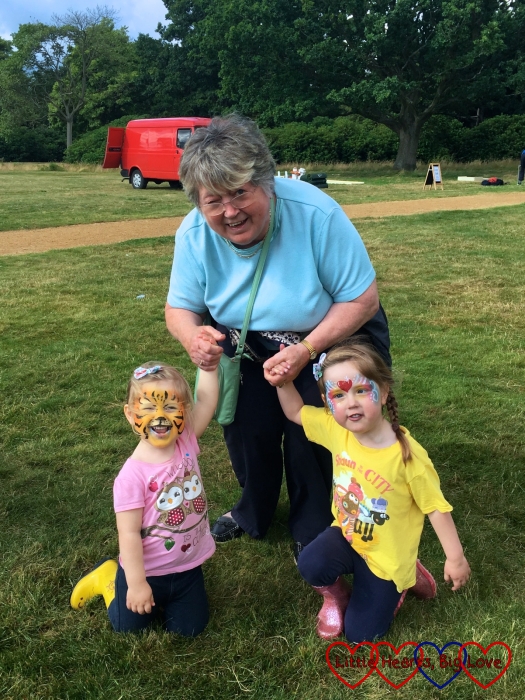 11 thoughts on “Fun in the Park at Langley Park”